In Cincinnati? You Must Try Skyline Chili

Each major US city has a signature dish. In St. Louis, it’s the toasted ravioli. In Boston, you order the clam chowder. Down by the bayou, it’s anything Cajun. In the heart of the Midwest in the Buckeye State, Cincinnati takes its love of chili to the next level. It’s all about one specific restaurant: Skyline Chili.

Served directly on top of a platter of spaghetti noodles and topped with a mountain of shredded cheddar cheese, chili in Ohio is a little different than most. To outsiders, it looks like a convoluted Italian dish. To everyone in the know, Skyline Chili is the only way you should ever enjoy chili.

Cincinnati-style chili and chili is like Tex-Mex vs. Mexican. They’re related, but more like distant cousins. Like every good story in America, Skyline Chili’s began with one immigrant’s dream. The story centers around a Greek immigrant who arrived in the 40s to serve his secret family recipes to the masses, transforming the traditional tomato and beef dish with a generous mix of Mediterranean spices on top of a bed of noodles. When he premiered the dish at his restaurant (conveniently overlooking the Cincinnati skyline), locals simply couldn’t get enough of it. 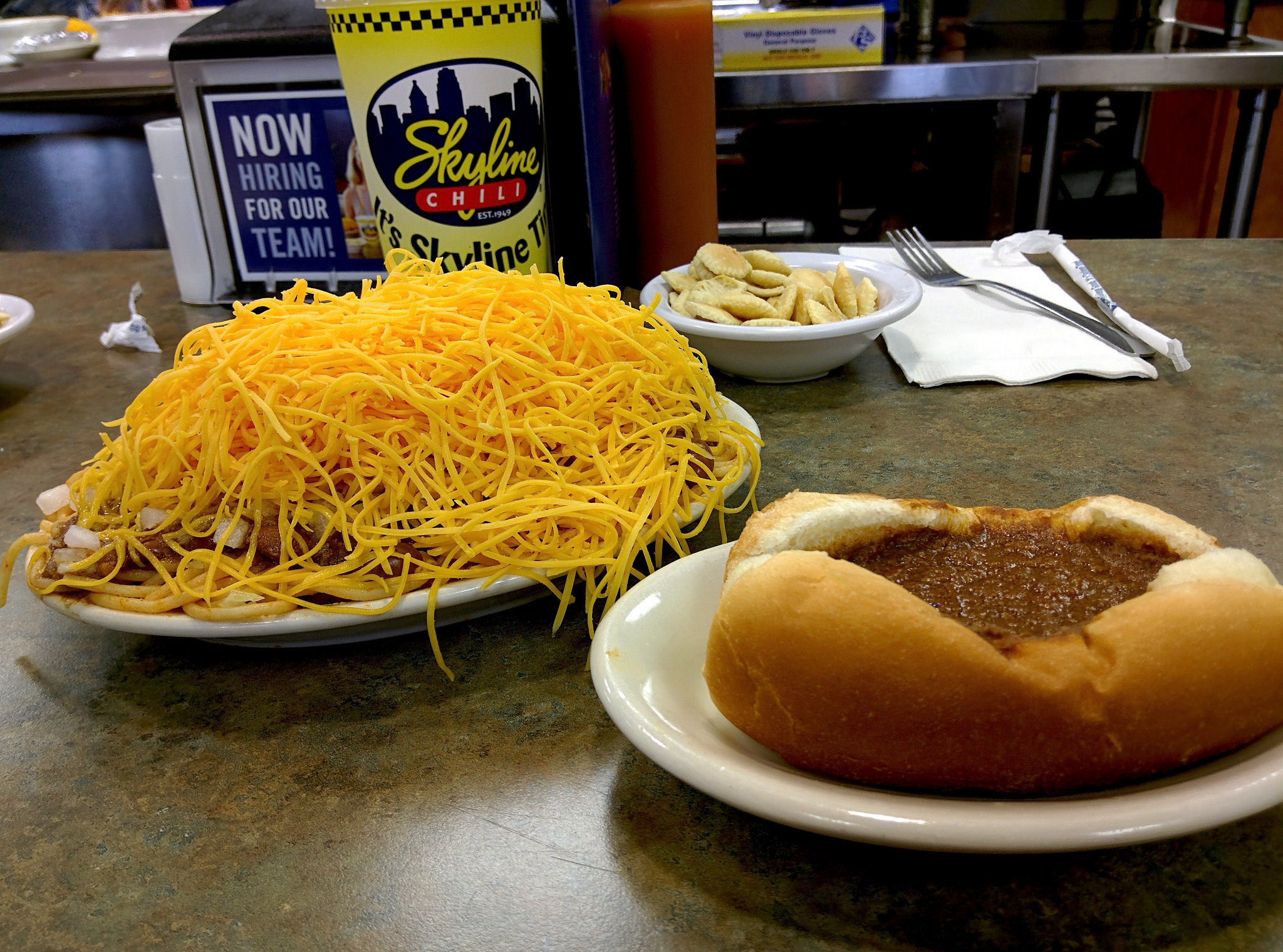 A true Ohio chili fan will tell you every plate of chili is a work of progress. That’s why there’s a simple, but very important, classification system that goes along with each order. The most popular is the cheeky three-way: noodles, chili, and a mound of shredded cheddar cheese. More adventurous eaters may take it a step further with a four-way or a five-way, each of which includes onions and beans in some variation.

No one loves chili quite like the people of Ohio. Maybe it's the long, cold winter, maybe it's just that the stuff is that good, but on average Cincinnatians will consume more than two million pounds of the stuff in a year. Ask any local where to go, and they’ll tell you there is no substitution for Skyline despite there being a chili joint on almost every corner. Unlike most chains, though, Skyline has managed to stay almost exclusively within the Buckeye State, but can be found at the ballpark too, where sports fans chow down on the chili coney in gusto. If you’re in the mood to try the authentic favorite, head down to one of the original stores in the Clifton area.

All Eyes on Columbus: Cold Brews and Sports Fans Galore

The Island Escape You’ve Been Looking for is in Ohio (Yes, Really)