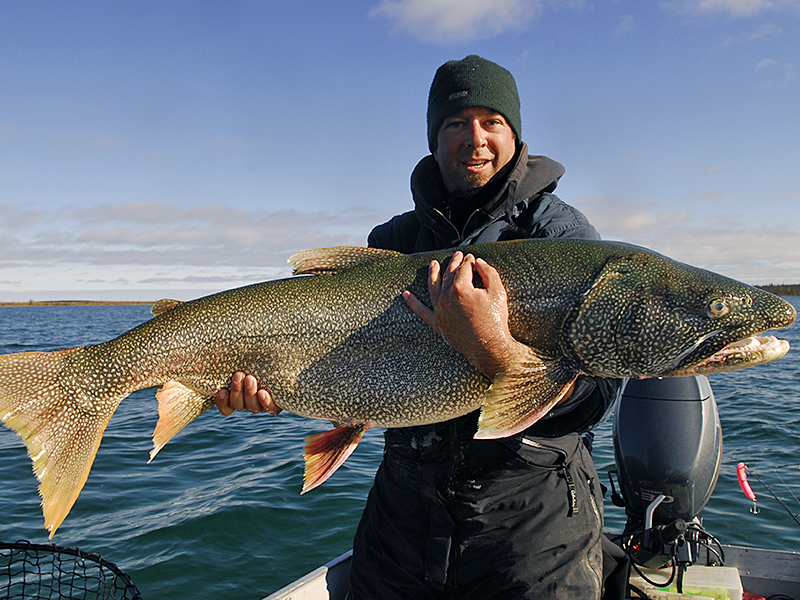 This article was proudly sponsored by Northwest Territories Tourism

Up in Canada’s Northwest Territories, you’ll catch big fish – and more of them. In 1995, a fisherman on Great Bear Lake reeled in a Lake Trout five feet long and a whopping 72 pounds, the world record. Huge, right? Meh. Even larger ones have been caught since, and released. They’re still here, lurking in our wild, pristine lakes, long known to produce the largest freshwater sportfish on Earth. Whether you spend a week fishing at a remote Barrenlands lodge or just cast for an afternoon from a community dock along the Mackenzie River, here’s what you might reel in: 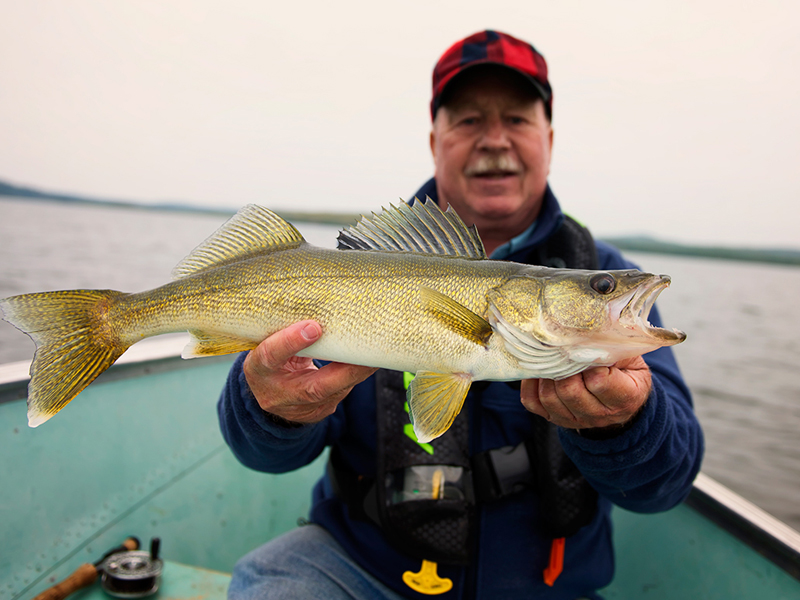 Racing down turbid creeks or lurking under sunken logs, the Northwest Territories' Pickerel are among our bravest fighters. Also known as Walleye, they weigh up to five pounds and provide lean, snow-white flesh – perfect for shore lunches. 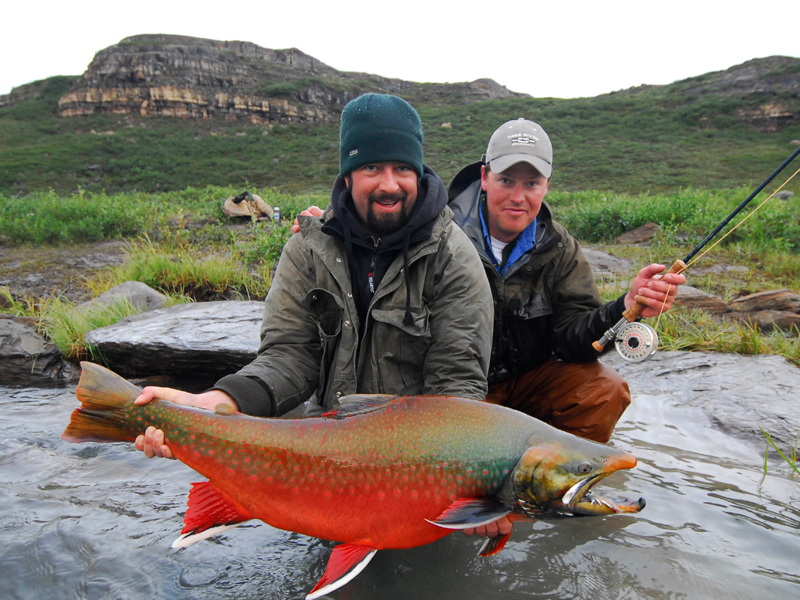 Char off the Charts

Brilliant-red Arctic Char churn the waterways that pour into the Northwest Passage, home to some of the biggest Char on Earth. The world record fish – a 33-pounder – was caught not far from Great Bear Lake. Char are fierce fighters, and, with a flavour similar to Salmon, are mighty fine to eat. 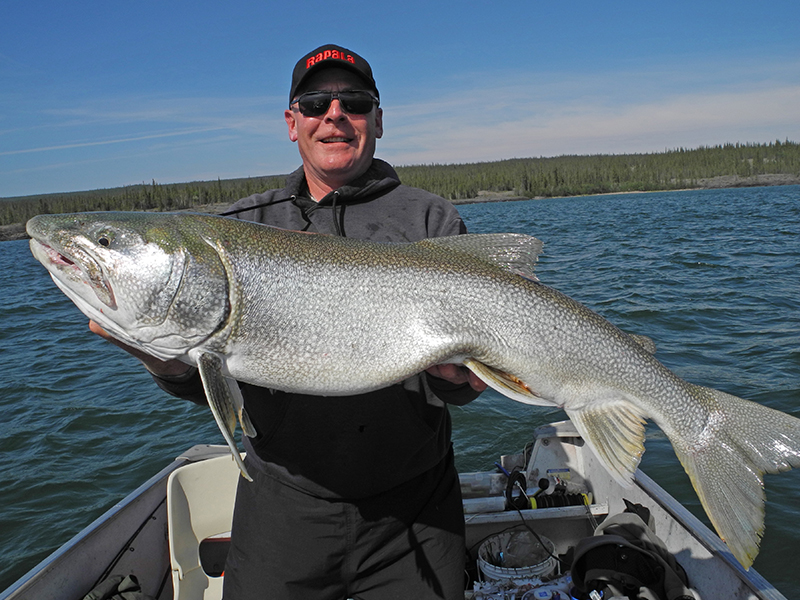 Trout as Big as a Whale

Lake Trout are the lords of Northern lakes – 40 pounders are commonplace. The profound, mysterious depths of Great Bear and Great Slave (the seventh and ninth largest lakes in the world) are the most famous hunting grounds for these beasts. But gargantuan Trout can be found even in smaller lakes, such as Lac la Martre and Nonacho. Some anglers return to the Northwest Territories year after year, like Ahab after his whale, pursuing a record-breaker. Great Bear holds the record not only for the biggest ever sport-caught Trout, but nine other class-specific records as well. 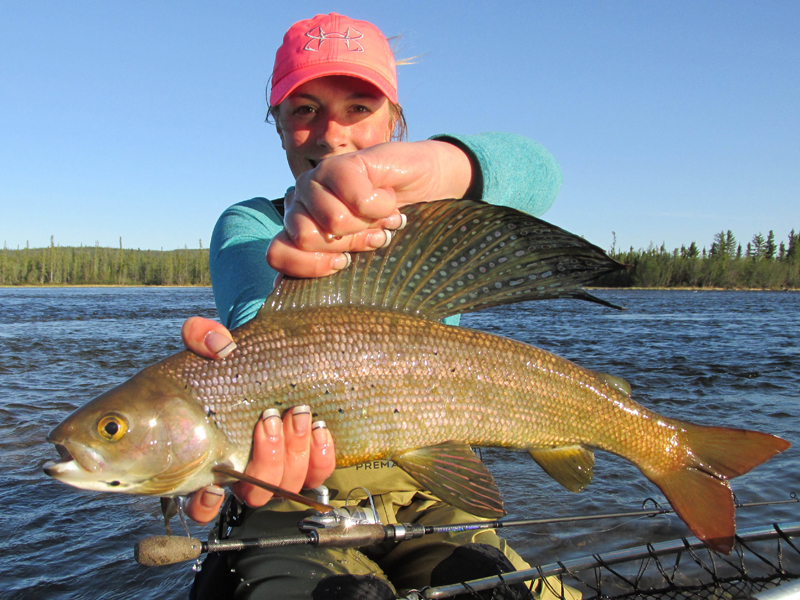 Patrolling the clean, cold rivers of the mainland Northwest Territories, Arctic Grayling are a sight to behold, boasting shimmering, iridescent scales and a sail-like dorsal fin. They're a favourite among fly-fishers, who flock to rivers like the legendary Kakisa, which throngs with two-pound Grayling. 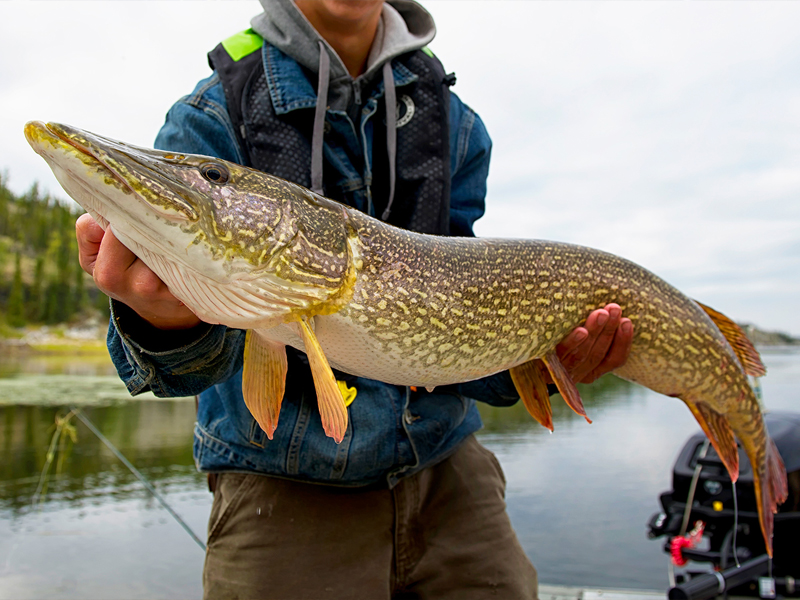 Slithering through the weeds in warm, shallow bays and lazy rivers, toothy Pike put up a ferocious fight and make for a darn good shore lunch. In locales like the island-strewn North Arm of Great Slave Lake they grow to legendary size – 55 pounds or more. 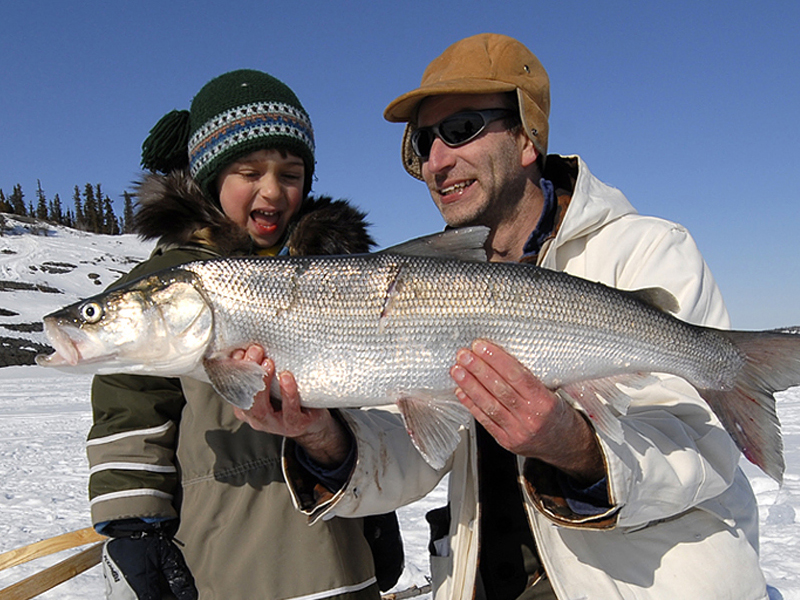 French for “unknown,” Inconnu are in fact well-known in the Northwest Territories, where they're a popular sportfish. Common in the Mackenzie drainage, they have a dark back, silvery sides, large scales and can reach 60 pounds or more. A fat, oil-rich fish, they can be cooked like Salmon, and are delicious smoked. 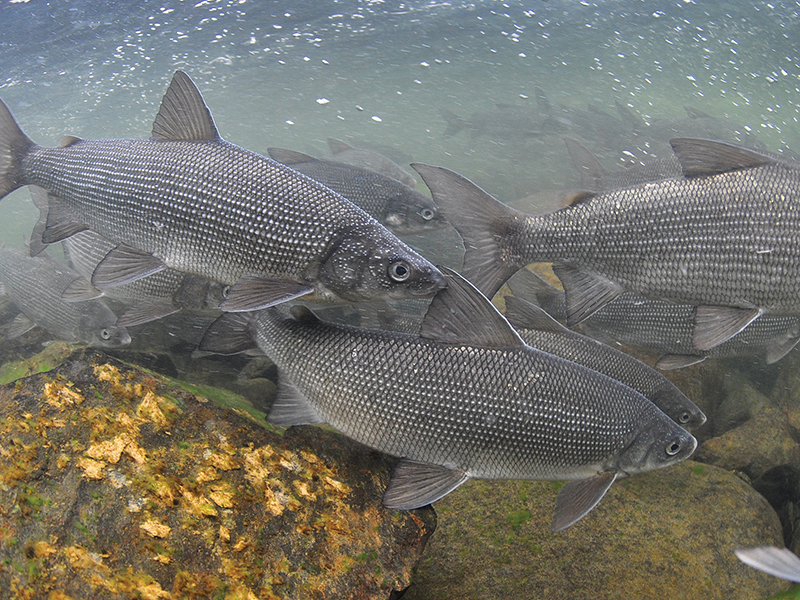 A member of the Salmon and Trout family, Whitefish are found throughout the Northwest Territories, where they grow to outlandish size. They have narrow silvery bodies and a small head compared to their size. They're good fighters on a small fly or spinner and boast white flesh with a delicate, sweet flavour. 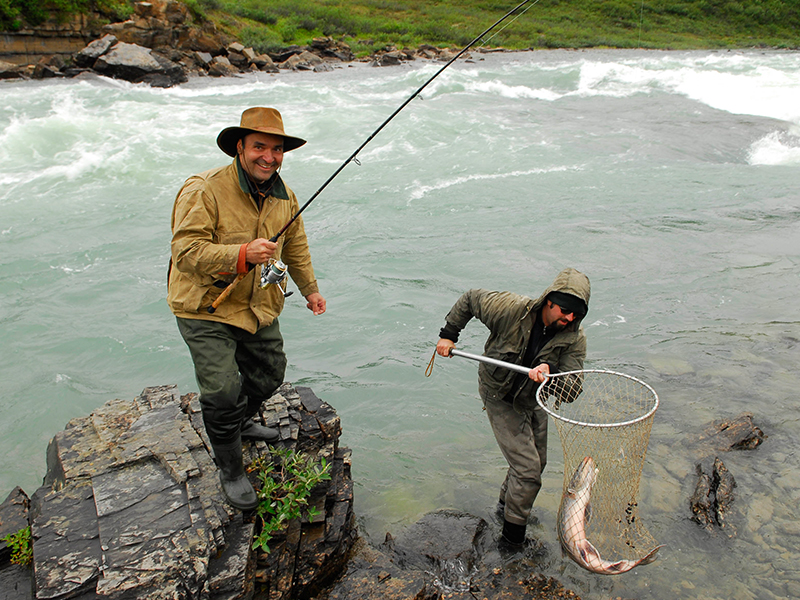 Dolly Varden is a fine looking fish that resembles a Bull Trout and can be found in the western Mackenzie Delta, along the northern slope of the Richardson Mountains and on the Peel River watershed. They can reach up to three pounds and will take imitation roe and pixie spoons. 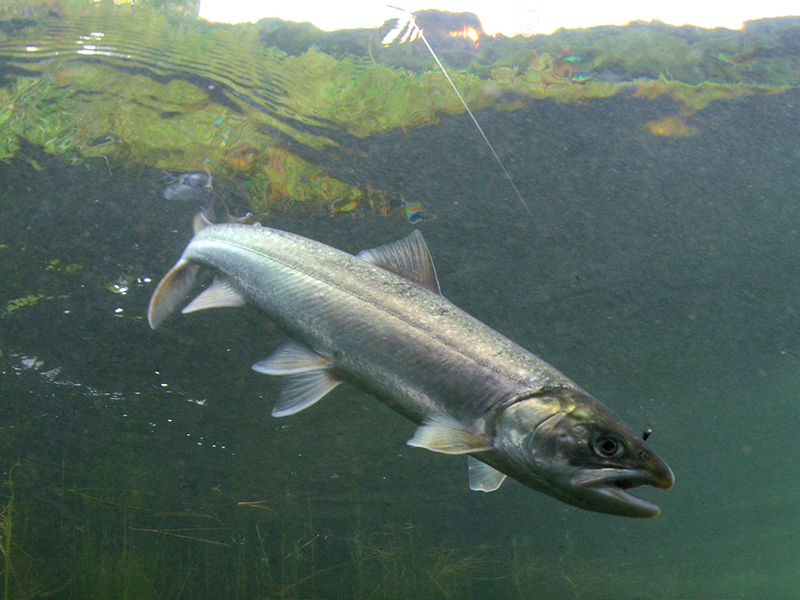 Bull Trout are found in the Liard and Mackenzie watersheds and the streams that flow out of the Mackenzie Mountains. Featuring dark backs and small red, orange or yellow spots on the back and sides, Bull Trout can reach six pounds or more. They're aggressive battlers, and will take medium-size spinners, spoons and flies.

Keen to land the catch of a lifetime? Explore Spectacular NWT Fishing.

This article was proudly sponsored by Northwest Territories Tourism

7 Things to Love Out Here in Southeast Montana

The Secrets of Southwest Montana