Usually cars try to avoid driving on ice. In fact, I’d pay money to not be driving behind any Californians or Floridians during an icy winter. But in the Northwest Territories, it just comes with the territory.

A Canadian right of passage, mastering maneuvering on frozen water is literally the only way to get around in the far north.

Despite being nearly twice the size of Texas, the Northwest Territories are home to only 42,000 permanent residents and just 570 miles of paved road. Most of the land is wild forests and undeveloped tundra. If you want to get anywhere, you almost always have to fly, which as you can imagine, is no cheap feat. That is, until winter comes. Unlike most of the world where snow and cold make travel more challenging, the Canadians have discovered a way to use the ice to their advantage.

A marvel in engineering, for most of the year, the world’s longest ice road is a series of impassible lakes strung together by 64 portages. During the winter months, it becomes a massive, 8-lane highway, a frozen lifeline to deliver vital supplies to these remote northwest regions which have no permanent road access. So important to survival, trucks can haul in a year’s worth of supplies for one-quarter to one-eighth the price of air cargo. 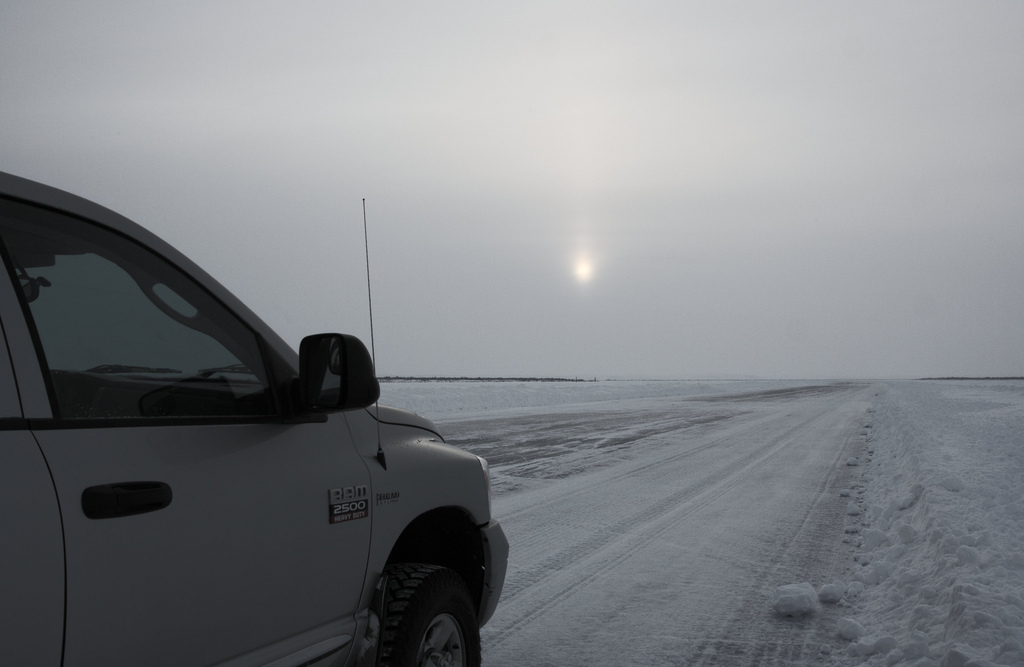 From approximately January through March, you can experience it yourself, driving the incredible Mackenzie Delta from Inuvik to Aklavik and out onto the Beaufort Sea to Tuktoyaktuk. But be prepared, as obviously driving across water comes with inherent dangers. Speeds are typically limited to 25 km/h (16 mph) to avoid the weight of the vehicle causing undue surface pressure. Global warming is also a major concern, as it’s causing the ice to melt faster than normal. With the seasons getting shorter and shorter each year, it’s getting harder and harder to construct the ice roads and becomes less predictable when they’ll be a reliable thickness. Drive at your own risk but know that seeing one of these is a true YOLO experience because who knows how long they’ll last?

Welcome to Yellowknife, the Diamond Capital of North America™