With plenty of international flights and relatively small in size, New Zealand may seem like any other island where you can relax on the beach with a cocktail. In reality, this couldn’t be further from the truth. With attractions and sights strewn in seemingly every corner of the two-island nation, you need a lot of time to do and see everything and an ample way to get around. The problem? Time is a luxury most people don’t have. With most Americans issued just two-weeks of vacation, you could easily spend two weeks on either the North or the South Island still and not make a dent in the many wondrous landscapes and adventures. I managed to cram both islands into 15 days, which is about the shortest amount of time you need to do the country justice.

Here are some tips for navigating New Zealand and things I wish I knew ahead of time: 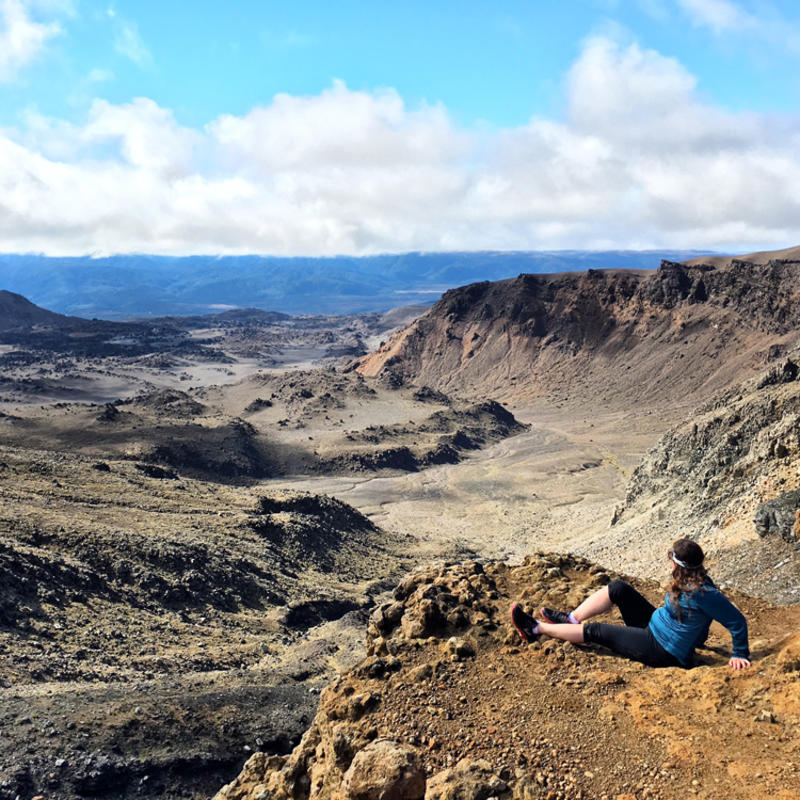 Start at One End

Most international flights arrive in Auckland, which is just like any other big city so you don't need to spend a ton of time there. Located in the northern part of the North Island, it’s a good spot to work your way down without wasting too much time. Conversely, you can also fly directly to Queenstown (“the Adventure Capital”) at the southernmost part of the South Island to work your way back up. Before you go, make a game plan of your must-sees cities versus the nice to see if you have time. A lot of the attractions New Zealand is known for like bungee jumping, jet boating, and zorbing can be done in more than one location, so it’s worth noting if certain places have activities exclusive to that area. I prioritized Rotorua for the natural hot springs and blackwater rafting, Taupo to hike Tongariro Crossing, Abel Tasman for kayaking, and Queenstown for Milford Sound. 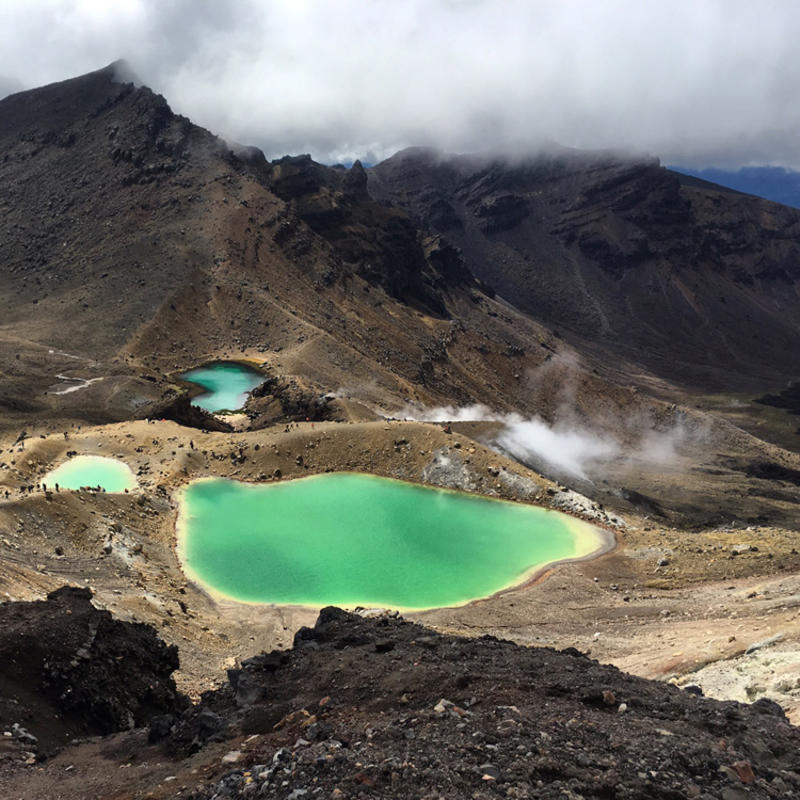 Consider All Your Transit Options

Getting around can be challenging to say the least. While camper vans are a popular option if you’re traveling with a group, car rentals are expensive and I knew I didn’t want to drive since they drive on the wrong side of the road. In addition, the incredible terrain and surrounding water often makes getting from point A to point B take much longer than it initially appears on a map. The solution? New Zealand's extensive cross-country bus network. To be clear, I am not a huge fan of public transportation and thought of being crammed onto a sweaty vessel with hundreds of other people sounds horrible. Don't worry, this is nothing like the Greyhounds of America. These air conditioned luxury coaches (often double decker) are a steal for the price (fares start at just $1) and almost always on time. Since you pre-book online, everyone is guaranteed a seat so there’s no pushing or fighting to get on or risk of missing the bus. After researching all the companies and options, I had originally planned to take the InterCity bus everywhere as they are New Zealand’s largest hop-on/hop-off network. It was awesome for the North Island with key attractions just 2-4 hours apart. When I got to the South Island, though, thanks to the mountainous terrain, cities were 6-8 hours apart, which was essentially a whole day of transit I hadn't factored in. I changed a few of my routes to red eyes (which eliminated the need for lodging) and cancelled a few of the legs, opting instead to pay a premium to fly because I simply didn’t have the time to sufficiently see each place. In short, consider all your options - planes, trains and automobiles. 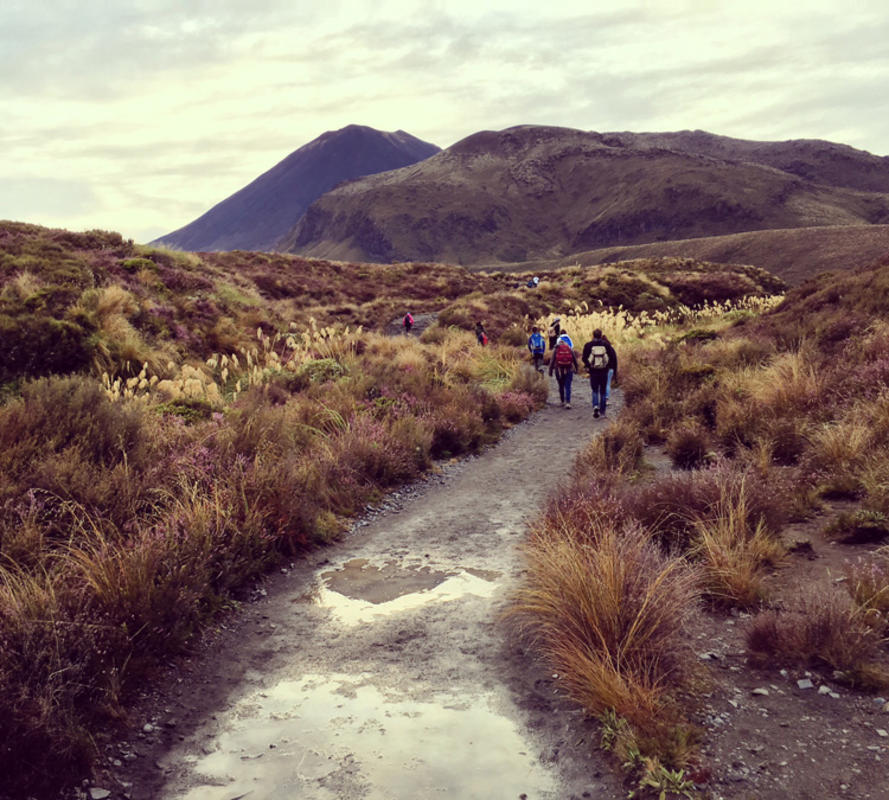 Advantages to the Bus

Still, the bus offered many advantages over any other means of transportation and I took it whenever possible. For one, New Zealand is in 1999 with their Wi-Fi, with most locations requiring you to pay by the megabyte to surf the web. All InterCity coaches are outfitted with free Internet so you can ride in style while Instagramming to your heart's content (as long as there's service, some of the locations were pretty remote). Without having to focus on the road and fight traffic, you can stare out the window to your heart's content, get lost in the scenery and really be present. It is also the most affordable way to get around. You can book one-way fares, but their travel passes are where you'll get the most bang for your buck as they allow for flexible scheduling. For the indecisive backpackers, you can cancel and rebook up to two hours before departure without fees or penalty. Two types of passes exist, the FlexiPass, which is priced in varying increments of transit time, or the Travel Pass, which has set itineraries but allows you to stay anywhere along the route for as long as you please (I opted for the Tiki Tour). Both include incredible extras like the inter-island ferry (so you don’t have to fly between islands) plus transportation and entry to popular tourist attractions like Hobbiton, Waitomo Glow Caves, and Milford Sound, giving you a lot of extra value with the free day-trips, an awesome way to save some cash.

The Top 10 Greenest Cities in the World