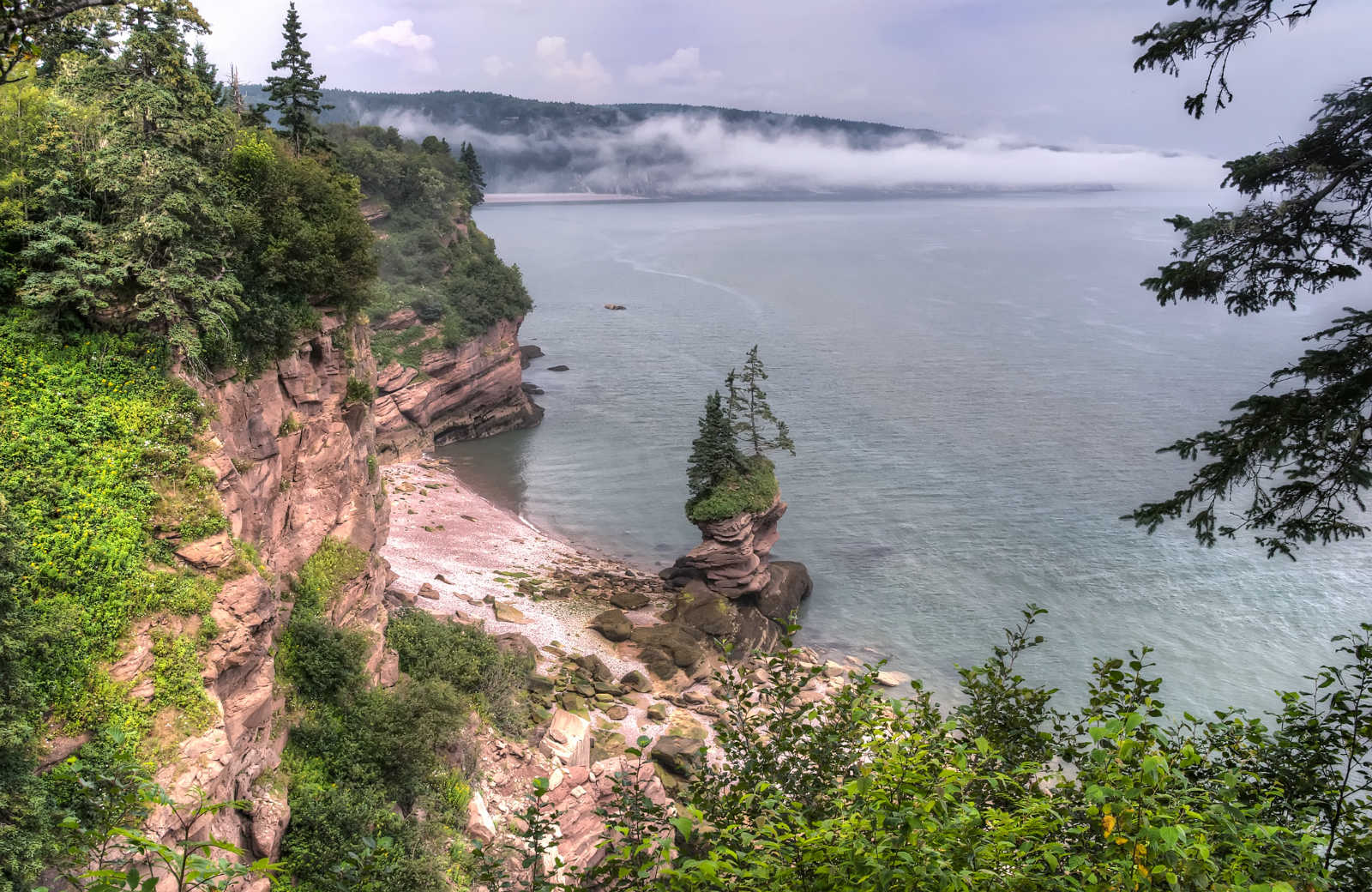 New Brunswick may have been named after the German city of Braunschweig, but the westernmost of Canada’s three Maritime provinces is best known as the country’s only officially bilingual (English-French) region. The many motorists who merely drive through New Brunswick on their way to Nova Scotia or Prince Edward Island are missing out on some of Canada‘s most gravity-defying landmarks.

Visitors can do much more than watch their vehicles magically pull themselves up Magnetic Hill or marvel at the Saint John River flowing backwards thanks to a series of rapids known as the Reversing Falls. New Brunswick is home to dozens of natural sites. Some of North America’s most colorful fall foliage north of New England and warmest swimming waters north of Virginia can be found here, as well as Mount Carleton, the Maritime provinces’ highest peak that towers over northern New Brunswick’s isolated forests.

New Brunswick boasts many of Atlantic Canada’s most inexpensive hotels, even during the height of the busy summer season. Most of Saint John’s finest accommodations and bed-and-breakfasts are tucked into the Uptown area, while Moncton offers at least two reputable chain hotels near its international airport. New Brunswick also offers a plethora of camping opportunities within its two national parks. Sugarloaf Provincial Park has a spacious ski lodge and even a couple of yurts open year-round.

Cars are the easiest and most practical way to travel throughout this relatively small province. The Trans-Canada Highway has recently been expanded to four lanes making traffic jams a rare occurrence. Moncton, Saint John, and Fredericton all have small international airports offering direct flights to other major eastern Canadian cities. Ferries depart regularly from Saint John to Digby, Nova Scotia, and the several small islands in the Bay of Fundy.

If you don’t want to drive, Moncton Bus Terminal is the central hub for New Brunswick’s main bus line and Acadian Lines Bus Service is one of the main New Brunswick stops along VIA Rail’s passenger train route between Halifax and Montréal. No matter how visitors choose to see New Brunswick, though, keep in mind James A. FitzPatrick’s quote, “Verily, Mother Nature has been kind to New Brunswick.”