Putting your car in reverse and feeling like you’re moving forward sounds like a magical phenomenon that could only happen in Harry Potter, but in New Brunswick such unexpected experiences are everyday occurrences.

Located on the east coast of Canada, New Brunswick is far from being a favorite place to visit compared to cities like Vancouver or Toronto. However, it definitely has some unique attractions that make it worth a stop.

Maybe there’s something in the water or maybe the land really is full of magic, but for this small province on the edge of Canada, the unexpected should always be expected because New Brunswick is home to a whole host of bizarre natural phenomenon that you can only see here. Abracadabra! 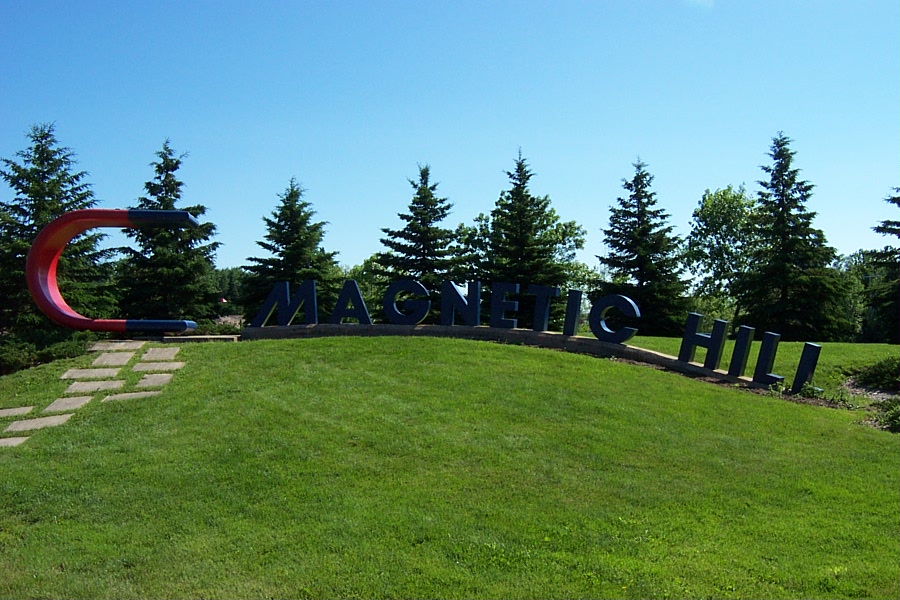 Magnetic Hill is hard to explain and seems quite unbelievable until you’ve experienced it for yourself. Located in Moncton, New Brunswick it’s basically an optical illusion. As you’re driving what appears to be downhill, you accelerate to keep from rolling backwards, which would be up hill, yet it feels as if the road is magnetically pulling you backwards. Discovered in the ‘30s, Magnetic Hill is a historic property, but also a tourist attraction where you can stop, pay a few bucks, put your car in neutral, and watch it go. Get ready to be amazed as your can starts pulling backwards, which appears to be uphill. Even the drainage ditches seem to run backwards in this bizarrely inexplicable phenomenon. 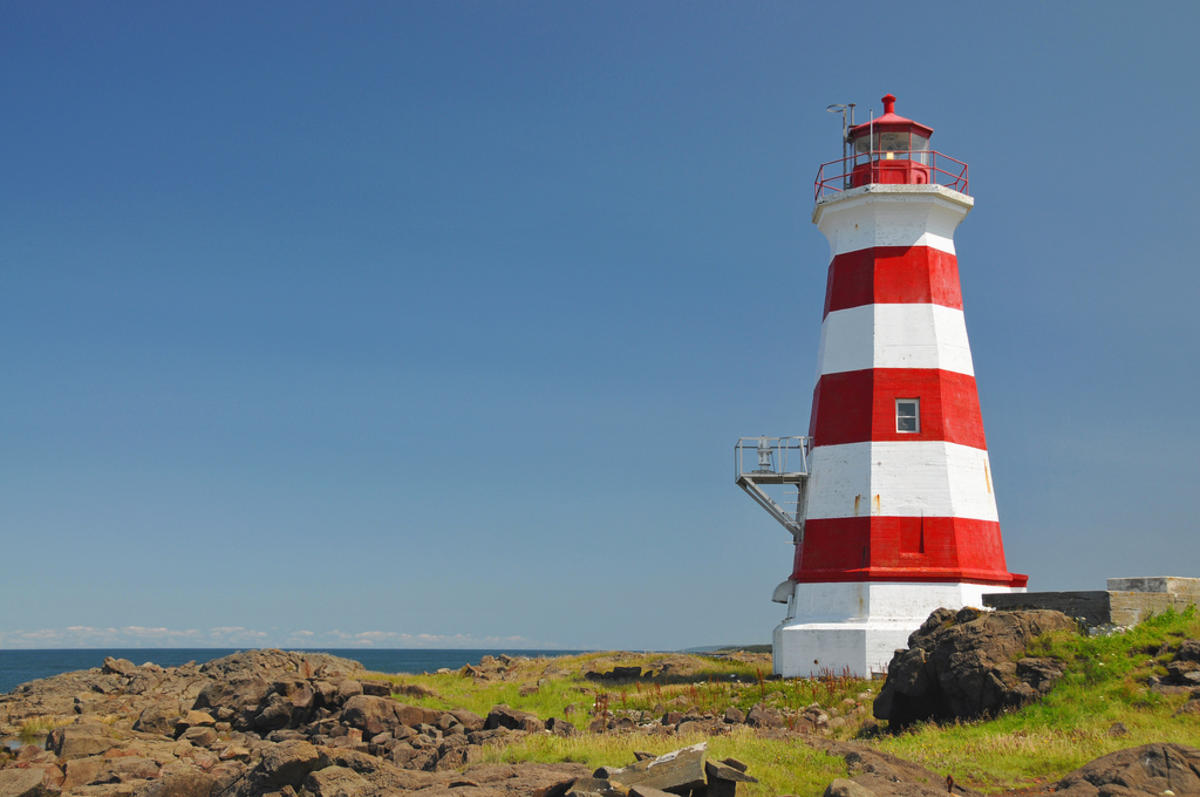 The Bay of Fundy is home to the highest tides in the world, ranging from 47 to 53 feet, and was once in the running to become one of the 7 Natural Wonders in the World. You can go tidal bore rafting to experience them firsthand, or simply take in the sights from the shore. It’s a vibrant area teeming with sea life and eight different types of whales feeding throughout the year and also the source of the highly coveted Digby scallop. 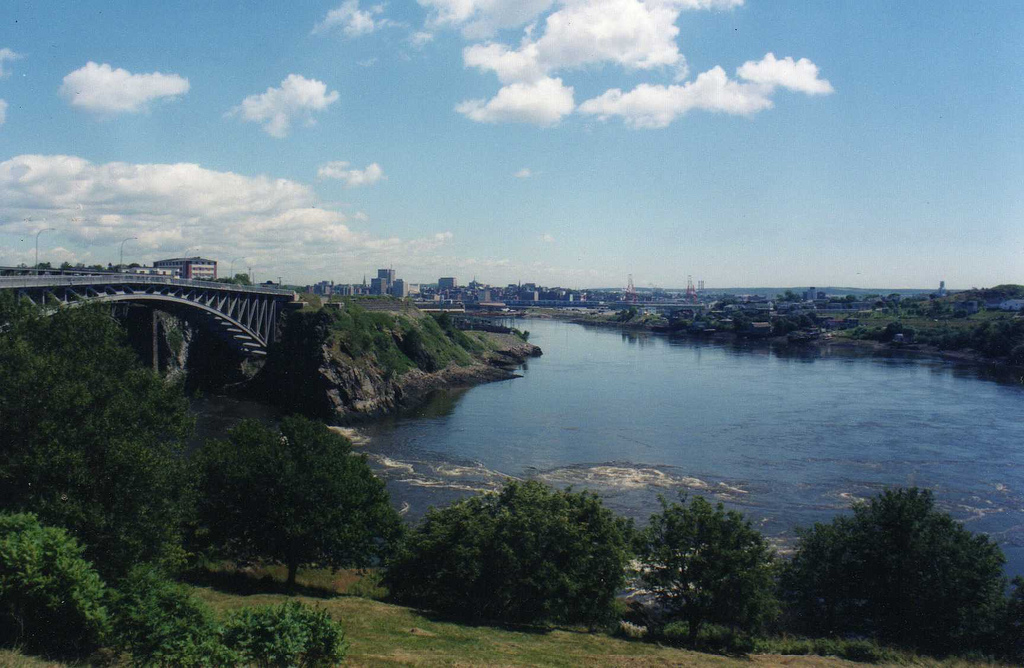 Flowing through St. John, New Brunswick is the St. John River, which empties into the Bay of Fundy. Another odd effect of the high tides, the water from the Bay rushes into the St. John River and collides, causing rapids, that continue until there is an even balance of river water and tidewater. This creates a 20-minute lull in the currents that appear to become stagnant, known as a “slack tide.” Following the slack tide, the water from the Bay of Fundy continues to increase as the tide causes the river water to reverse, pushing it forward and upstream. Eventually the tide becomes as high as it will get and slows, creating another 20-minute slack tide before retreating back into the Bay for the next low tide. Sure, you can observe the phenomenon from dry land, but for a better perspective, we think zip lining across the waters is a heck of a lot more fun. 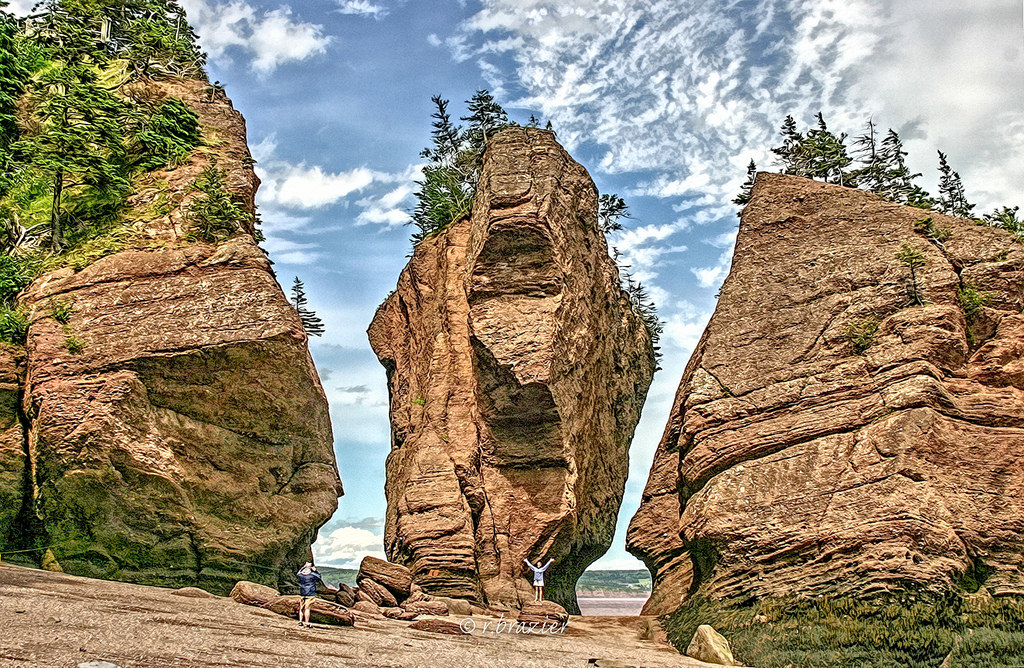 The Hopewell Rocks are a geologic feature created by the Bay of Fundy’s high tides, essentially Canada’s version of Australia’s 12 Apostles. At low tide, you can walk along the beach and meander around the rock formations, while at high tide you can kayak around them and even touch the top with your oar. As suddenly as when there was dry land, there is 30-50 feet of water. Just make sure you don’t get caught walking when the tide rushes in.

New Brunswick is for Adventure Lovers

Jet Boat Through the Wilds of Northern British Columbia