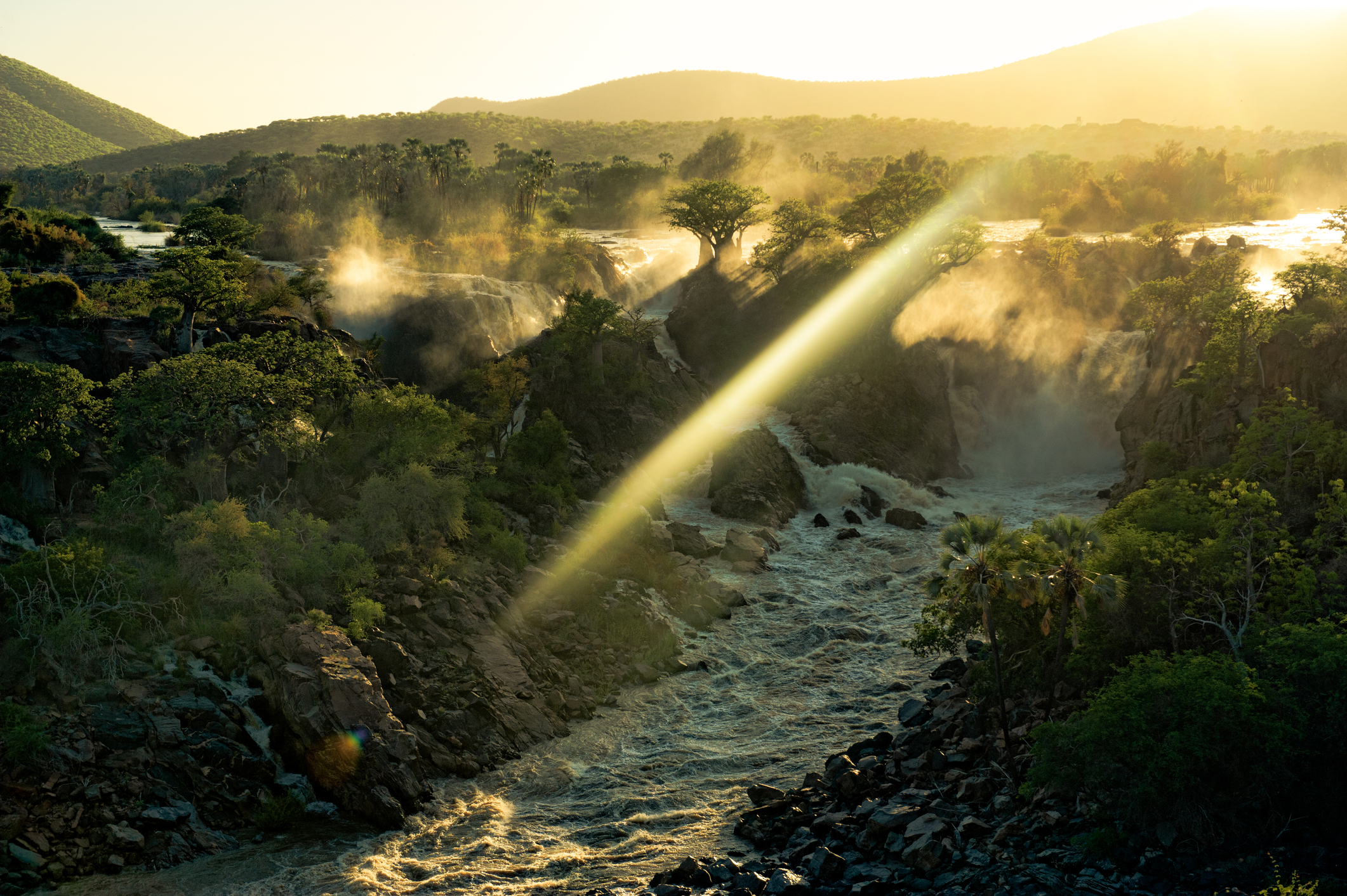 One of the oldest deserts in the world, the Namib Desert lends its name to this vast country that is by far the most prominent feature of the spectacular landscape. Located in Southwest Africa, it extends north to south along the endless coastline and is a place the people, plants and animals of Namibia have learned to adapt to.

Namibia’s history and culture is as diverse as can be. Over the years, the territory has been home to migrants from all over Africa. First, the Bushmen or the San, who are said to be one of the ancestors of the modern humans. The Bantus, represented by the Ovambo and the Kavango then populated Namibia’s northern regions followed by the Namaqua, the Damara, the Oorlams, and the Basters. Formal colonization came from the Germans and later the South Africans, but it wasn’t until 1990 that Namibia was officially declared an independent country.

The highlight of a trip to Namibia is a visit to any of the national parks. One of the best-known is Etosha, which is particularly attractive during the dry season when the most spectacular of Africa’s wildlife congregates around the waterholes on the vast plains of the Etosha Pan. Another must-do activity is exploring the vast nothingness and the high sand dunes of the Namib Desert in Sossusvlei.

Visitors will be glad to know that they do not have to rough it in the African bush to experience Namibia’s wilderness. Some of the best luxury camps and lodges offer safaris with style and comfort. These lodges are also the best places to arrange game viewing tours or desert excursions. Renting your own vehicle is also possible and a good option for more adventurous travelers.

Namibia’s main gateway, the Windhoek Hosea Kutako International Airport, is not particularly well connected to the rest of the world. However, the nearby Johannesburg-OR Airport offers direct flights from various international destinations. From Windhoek, visitors can arrange rental cars, long-distance buses or the romantic Desert Express, a rail journey that takes you across the desert from Windhoek to Swakopmund in full luxury.