Winter in Yellowstone is Absolutely Magical 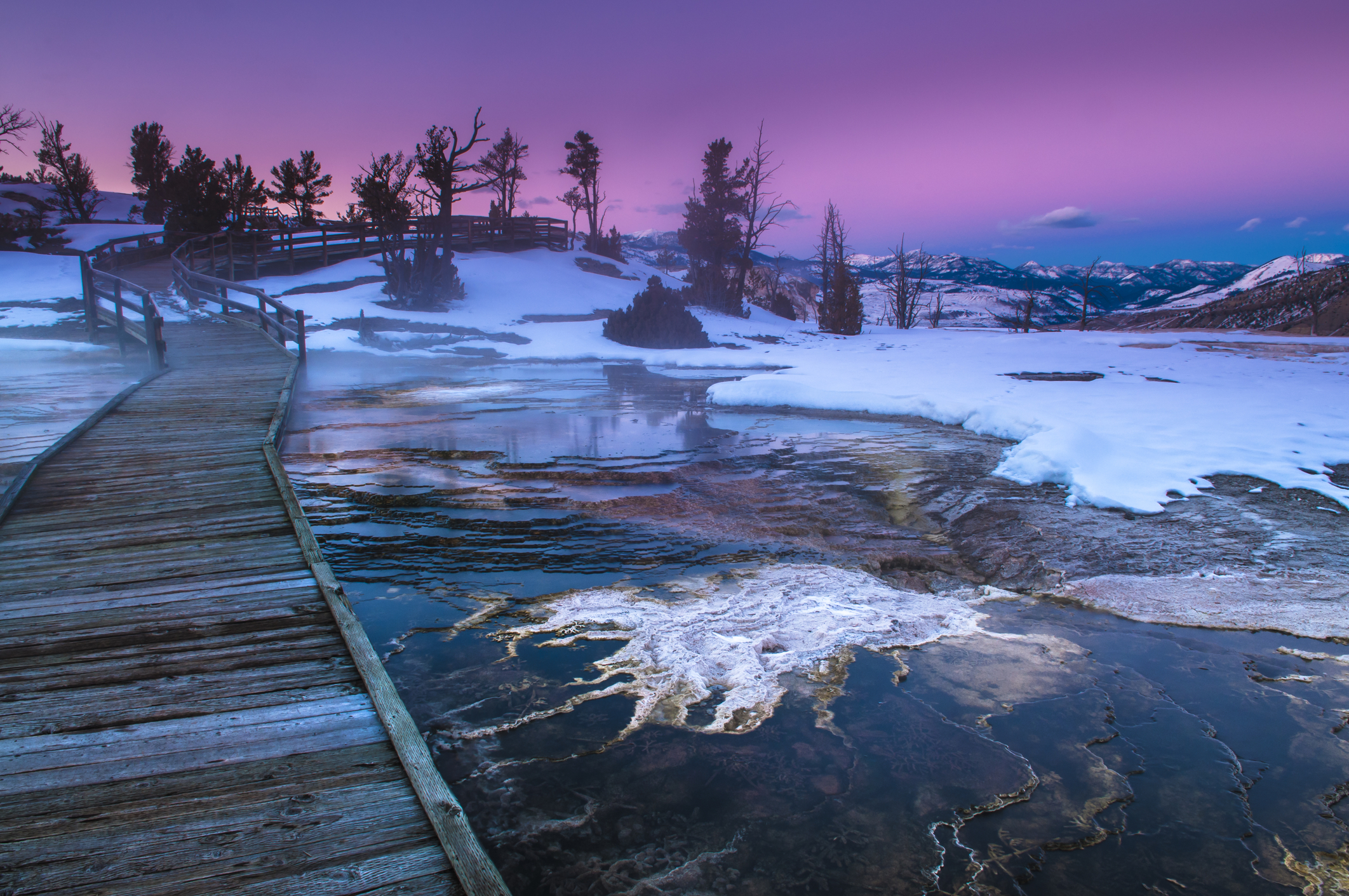 America’s first national park was established in 1872 and is the obvious namesake of Montana’s Yellowstone Country. It is populated by a large variety of wildlife, including both grizzly and black bears, elk, bison, wolves, eagles and a number of other species, most of which—with the exception of bears—are out and about during the winter months. It also provides the backdrop for a large number of geologic and geothermal features, such as geysers, hot springs, rivers, waterfalls and canyons that are the iconic signatures of the park.

While most think of Yellowstone as a place to visit in the summer months, touring during the winter is actually growing in popularity. Exploring Yellowstone in the winter means less crowds, less congestion and even more opportunities for wildlife viewing, with shaggy, frost covered bison and elk standing as a stark contrast against the sparkling snow. Despite the temperature, there are a range of activities to choose from: snow-coach tours, guided ski and snow-shoe tours, guided snowmobile tours, and wildlife bus tours. Considered one of the coldest places in the lower 48 states, Yellowstone is a snow lover’s dream. 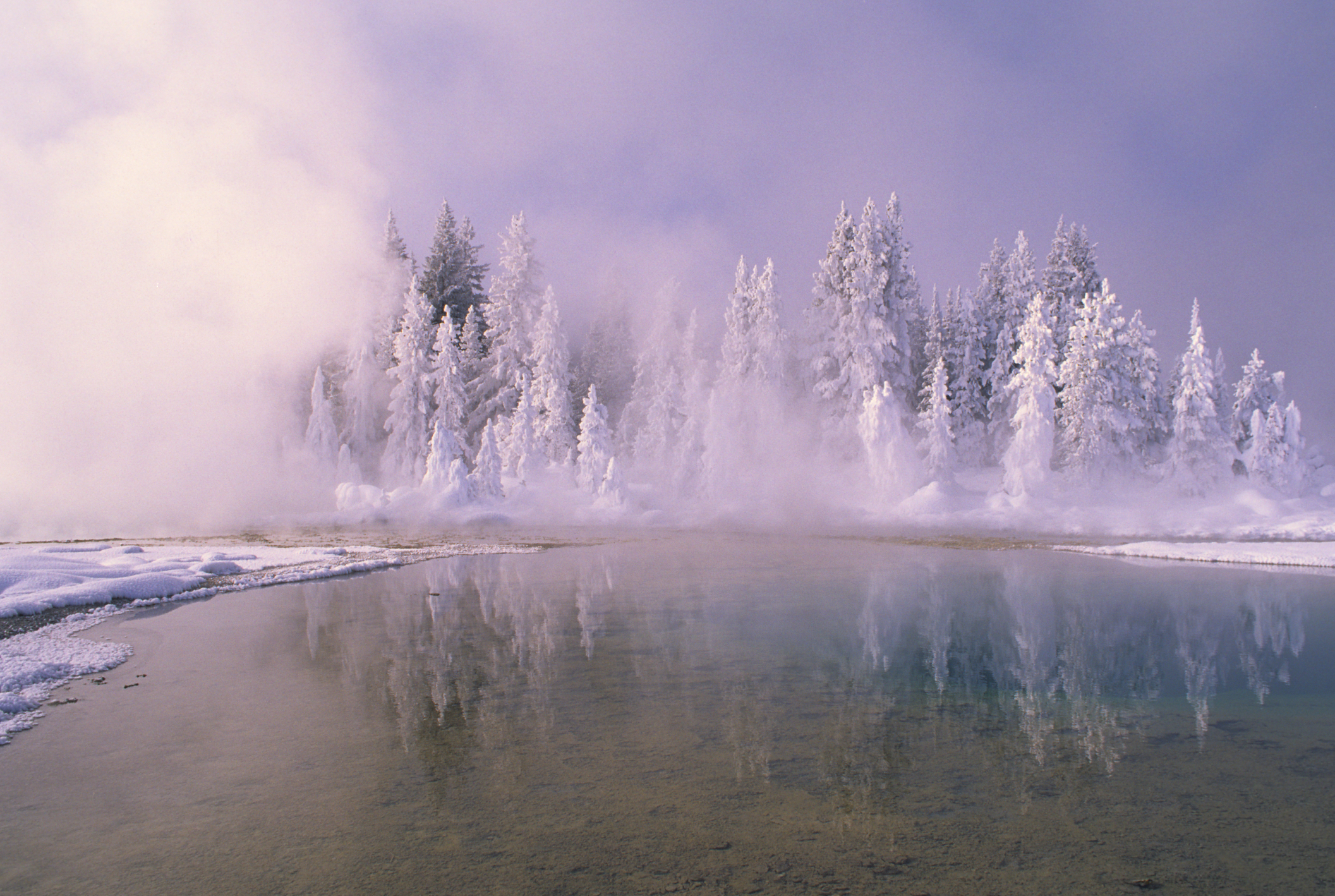 Of the park’s winter entrances, only two—Gardiner and Cooke City—are open to vehicular traffic during the winter season. Both of these entrances are located within the state of Montana and, more specifically, within Montana’s Yellowstone Country. This northern section is world renowned for winter wolf and wildlife watching and photography. A third Yellowstone Country entrance, West Yellowstone, is open to over-the-snow transport traffic, but not vehicular traffic, from December 15th to March 15th, each year.

During the winter months, activities such as cross-country skiing, daily guided snowmobile tours, snowshoeing and snowcoach tours allow visitors to experience and explore areas of the park that are not accessible via other methods or at other times of the year. With five major cross country ski areas, some of the trails will take you around geysers - when you ski around hot pools and steam vents you will know why this is one of the most popular trails to ski. No matter the trail you chose, you will not be lacking in either scenery or wildlife. Many of the villages and notable areas of the park—Canyon Village and the Mammoth and Old Faithful Areas—can be visited during the winter months, although most are accessible only via the over-the-snow methods.

If you choose to explore the park via snowmobile or snowcoach, you must be accompanied by a guide at all times. The park does not permit private, unguided tours as a measure to ensure safety. Snowcoaches are small buses that run on snow tracks and follow the same roads as snowmobiles, weather permitting. You can take a heated snowcoach excursion deep into the interior of the park, including a visit to the world famous Old Faithful Geyser and the nearby historic Old Faithful Lodge. Snowcoaches offer the ideal ride for families and visitors of all ages and physical abilities to experience Yellowstone in the winter.

Two lodges are open during the winter season: Mammoth Hot Springs Hotel and Old Faithful Snow Lodge, offering cozy accommodations in the heart of the park, but if you want a really unique experience, rent a yurt at Canyon Village.