Drink Your Way Through Montana 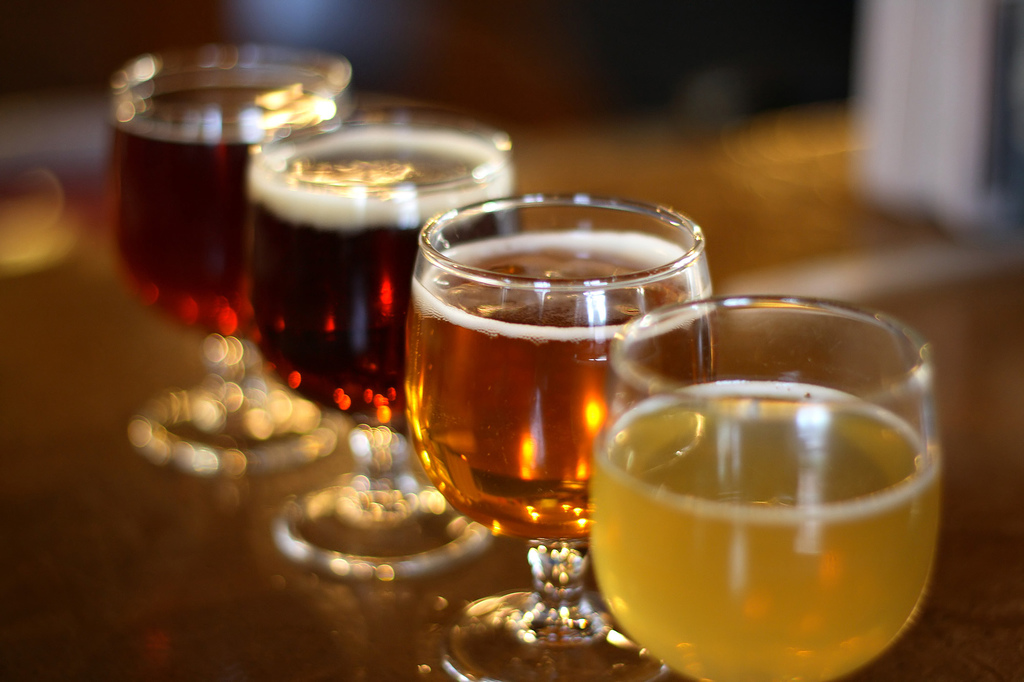 After a day spent conquering a peak or serving flies to hungry trout, few things taste better than a cold, craft-brewed beer or a cocktail made with locally distilled spirits. Montanans know this well: The state is home to the second-highest number of craft and microbreweries per capita in the country, as well as a fast-expanding micro-distillery scene. It also ranks second nationally in total barley production.

Spend a happy hour in one of Southwest Montana’s taprooms and you’re sure to get a real taste of the state.

Philipsburg Brewing Company is one of Montana's newest breweries, and it’s quite a gem. The beers are easy on the palate for those who don’t generally thirst for craft brew, and include a fine raspberry wheat and a rye pale ale, as well as classic brews. One interesting feature here is literally embedded in the surface of the bar: a long, copper plate, cooled from underneath with glycol lines, that keeps your beer glass chilled while you chat.

Blackfoot River Brewing Company in Helena is known for its ever-changing lineup of beers, making it a great place to sample unusual drafts in a friendly atmosphere. Don’t miss the Single Malt I.P.A., which won a gold medal in the American Strong Pale Ale category of the 2007 North American Beer Awards.

Lewis & Clark Brewing Company in Helena offers perennially popular brews such as Back Country Scottish Ale and Miner’s Gold Hefeweizen that draw throngs — as does the schedule of live music performances.

Quarry Brewing revived Butte’s historic tradition of handcrafted brewing after a 40-year hiatus. Opened in 2007, Quarry quickly outgrew its original location and moved into the Grand Hotel on Broadway, in the heart of Uptown Butte. Brewer Chuck Schnabel keeps five favorites on tap, augmented by a tantalizing rotation of seasonal beers.

Butte Brewing Company opened in spring 2014, but draws upon a far deeper history. The original Butte Brewing Company was established in 1885 and remained a local landmark even after it closed. Now, the same recipes used in the brewery’s classic beers have been resurrected, giving residents and visitors alike a taste of Butte history in a new building just down the street from its old home in Uptown Butte.

Headframe Spirits in Butte distills a variety of handcrafted spirits named after the mines that made Butte famous. Sample cocktails made with Orphan Girl Bourbon Cream Liqueur, Destroying Angel Whisky or other fine potables at the distillery’s tasting room.

It’s worth a visit to Willie’s Distillery in Ennis just to gaze upon the distillery’s stunning hand-hammered, German-made copper still. The potables that it produces are equally impressive, highlighting local fruits and made with Montana-grown grains.