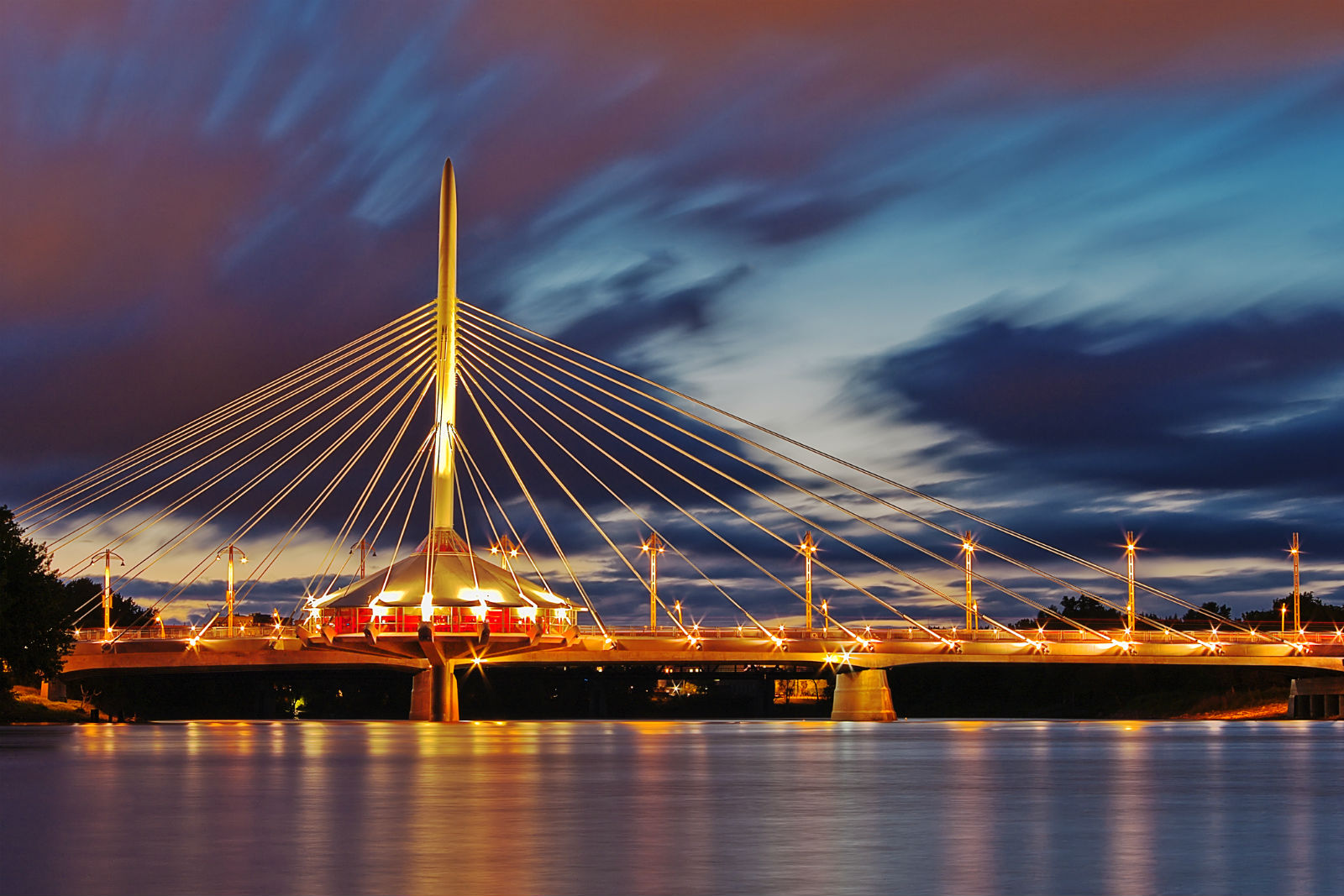 "Friendly Manitoba," as the license plate slogan on the Canadian province reads, may be among the country’s best kept secrets. Manitoba may not have mountain peaks, oceans, or world-famous landmarks, however, visitors who make time for an in-depth visit to this prairie wonderland will encounter surprising expanses of forested wilderness and blooming wildflowers among Manitoba’s wide open spaces. This "land of 100,000 lakes" even includes plenty of beautiful beaches along its sandy shores.

Manitoba can best be divided into two parts: the provincial capital, Winnipeg, where over half of Manitoba’s population lives, and the largely rural remainder where forests and wildlife often outnumber people. The vast majority of Manitoba’s people live below the 53rd parallel, and many Manitoba communities ‘North of 53’ are only reachable by air.

Visitors can easily spend their entire Manitoba stay in Winnipeg, home to most of the province’s museums, the greatest variety of shopping opportunities, and all of its professional sports teams. Winnipeg is home to North America’s longest operating ballet company, Canada’s oldest regional theaters in both English and French, and a stately concert hall that hosts frequent symphony orchestra and opera performances.

Winnipeg also offers Manitoba’s largest variety of accommodations, most of which are situated along Pembina Highway South, close to Polo Park Shopping Centre and near Winnipeg James Armstrong Richardson International Airport. Those seeking more rural surroundings have plenty of farm holiday camps, as well as bed and breakfast establishments to choose from across Manitoba’s countryside. Maple syrup, bannock, pork products, and smoked gold eye caught from Lake Winnipeg are some of the area’s most famous signature dishes.

Cars are the easiest way to travel across most of southern Manitoba, as some parts of Winnipeg are virtually impossible to reach by public transit and smaller communities have no public transportation at all. The overwhelming majority of passengers who fly to Manitoba enter the province through Winnipeg James Armstrong Richardson International Airport, whose enormous catchment area extends well into the two neighboring Canadian provinces, two adjacent American states, and the territory of Nunavut.

Rail is another viable, but not necessarily speedy way to travel in Manitoba. The Canadian route stops at six different southern stations on its way between Toronto and Vancouver, while the Hudson Bay service is a scenic 37-hour rail journey between Winnipeg and Manitoba’s far northern communities. Both are operated by VIA, whose main hub is Winnipeg’s Union Station.