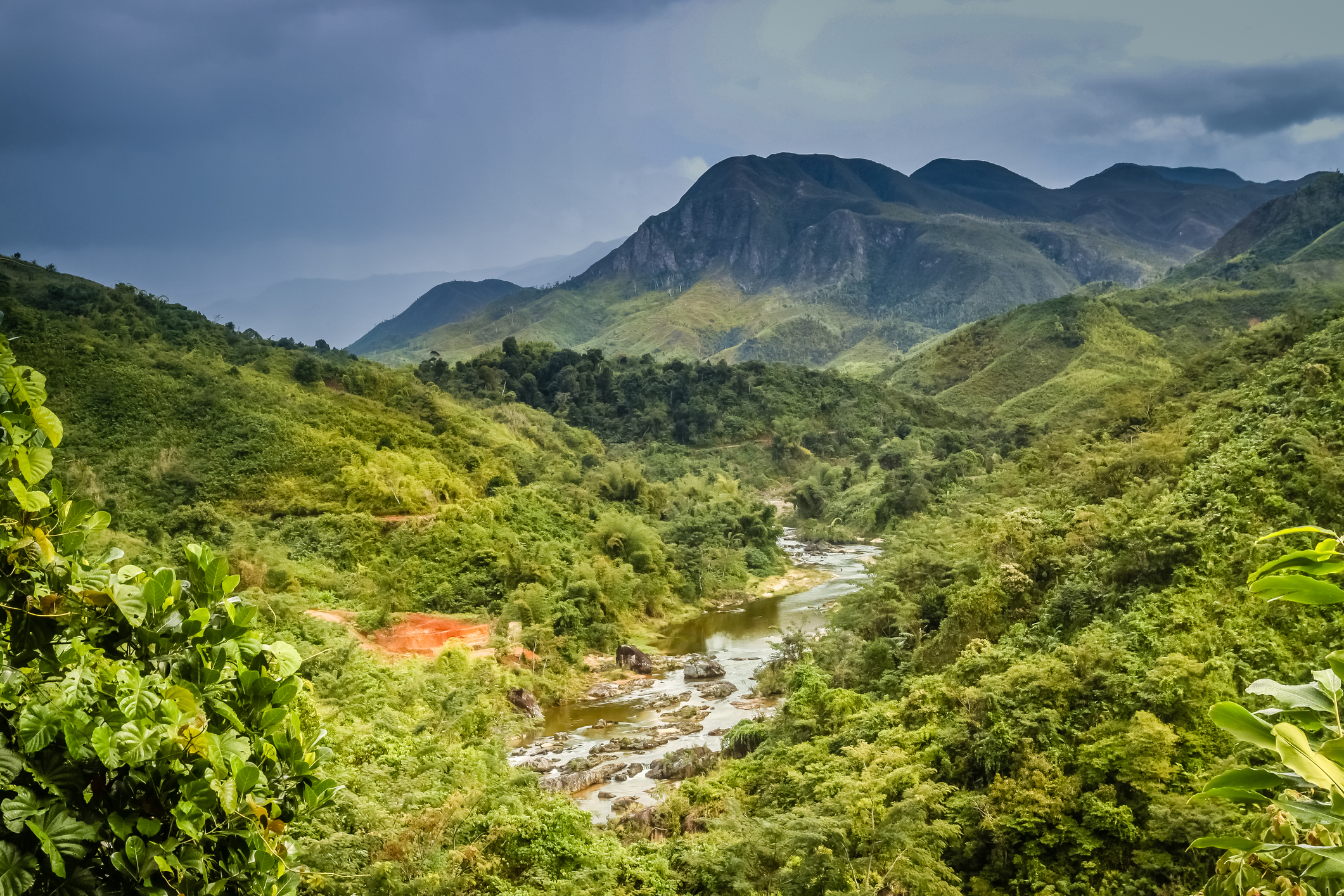 Madagascar is actually an archipelago whose main claim to fame is biodiversity, with 90 percent of its wildlife species unique to the islands. Madagascar’s main island, known by the same name, is located in the warm Indian Ocean and the world’s fourth largest in the world. Despite its potential, the country’s tourism industry is underdeveloped, a fact that visitors whose passion is unspoiled natural habitats love. But be warned though, you're truly off-the-beaten path as only a few (about 100 total) hotels exist that meet international standards.

Key sightseeing includes huge tracts of forest including the Analamazoatra Reserve, home to colonies of the Indri lemur, one of the 40 species of lemur present on the island. The cute mammals are used to human admiration and can be seen close up. Bird life is diverse and spectacular, and orchid enthusiasts will find unique, indigenous species in full bloom. Madagascar’s beaches are mostly deserted, especially on the smaller offshore islands, with many coves formerly the haunt of pirates and a perfect, tranquil escape.

Even though its travel infrastructure is in its infancy, Madagascar is a magic place, offering a unique vacation style based on ecotourism and laid-back pleasures. Resort-style luxury is there if you want to seek it out, but the true beauty of the island is its isolation for millennia. The Malagasy people are noted for their hospitality and more than happy to share the secrets of this Indian Ocean paradise with visitors.

Favorite things to do include daytrips to the tiny offshore islands where you’ll find white-sand beaches, marine reserves, turtles and charming villages, as well as great snorkeling and diving around pristine coral reefs teeming with marine life. The southwest coast is great for surfing, hiking, trekking, and climbing. The cities are fascinating for their culture and heritage, and Nosy Be Island is the country’s premier beach resort.

Madagascar isn't the easiest place to get to, but it is one of the most remote and beloved. Antananarivo is the hub for a limited number of rail routes, with trains running infrequently and subject to breakdowns. Renting a four-wheel drive vehicle is common, although the roads are generally in poor condition. Most companies insist on providing a driver familiar with the area who can also act as a guide and translator, thus leaving travelers with nothing to do but admire the dramatic scenery, eat delicious local food, and drink the firewater. Perfection.