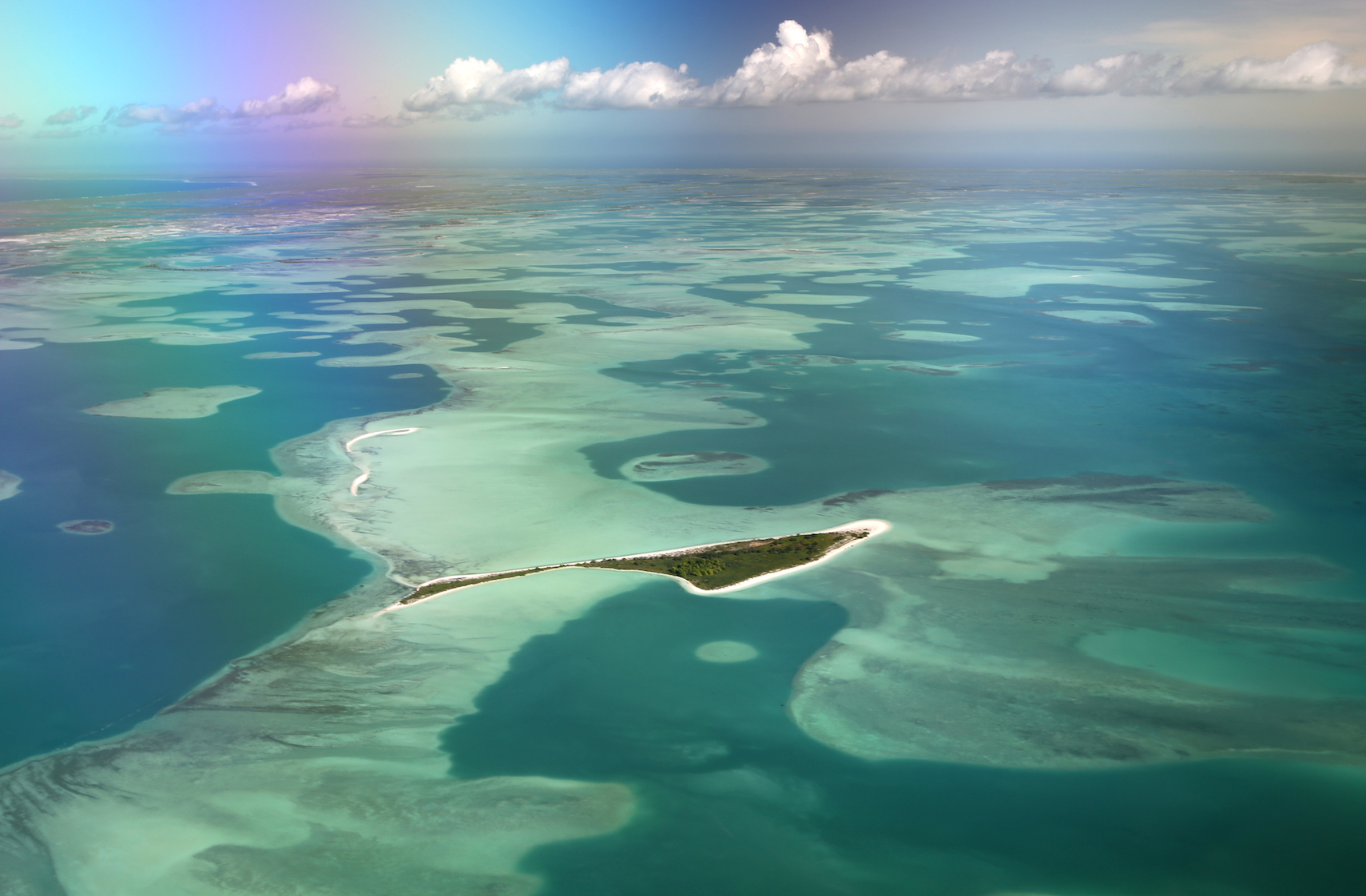 Straddling the equator and right on the International Dateline, Kiribati (pronounced Kirimass) is a nation of 33 widely spread atolls that are good for diving, bird watching and enjoying Micronesian culture. Racked by battle in WWII, ravaged by Cold War thermonuclear devices and spooked by rising sea levels today, this country of low-lying islands is as unique and remote as they come.

The region is comprised of three groups; the Gilberts, where the capital Tarawa is; the Line Islands, site of the famous Christmas Island (not the Australian one); and the lesser known Phoenix group. The most striking feature of Kiribati—outside of the white, coral-sand beaches—is its profusion of lagoons, which are perfect for diving and bird watching. South Tarawa, Christmas Island, and Kanton Island (of the Phoenix) all have them, though Christmas' is the most sublime and accessible.

Most visitors head out on boating trips, dives or by sea plane to sightseeing over Abaiang and Maiana atolls that depart from Tarawa. However, each group can only be approached via an international flight, or a long time at sea, such as the restricted Phoenix Island Marine Protected Area, which is chiefly accessible by boat from Kanton Island.

The scuba diving in Kiribati is a huge draw, where every type of coral and fish can be seen along with a myriad of WWII wrecks in Tarawa. Game fishing and bird watching abound, particularly on Christmas Island. Other assets include breezy tropical weather, a lack of tourist infrastructure—which greatly appeals to the more seasoned traveler—and the simple lifestyle of its inhabitants. In contrast, the capital, South Tarawa, is a busy network of islets, but is home to some of the main sights like the Parliament House and WWII guns.

The locals are friendly and welcoming and love to showcase their culture during Island Nights and through their range of handicrafts. The cuisine is largely sea-based and very basic, while expat bars and guesthouses often have Western goodies. The nightlife is low-key, which suits most visitors seeking relaxation, while accommodation, for the most part, tends to be traditional thatched-roof kiakia huts. Kiribati is hardly a value destination—mainly due to the cost of getting here—though living and eating like a local will help save money.