A Mind-boggling Food Tour of Japan 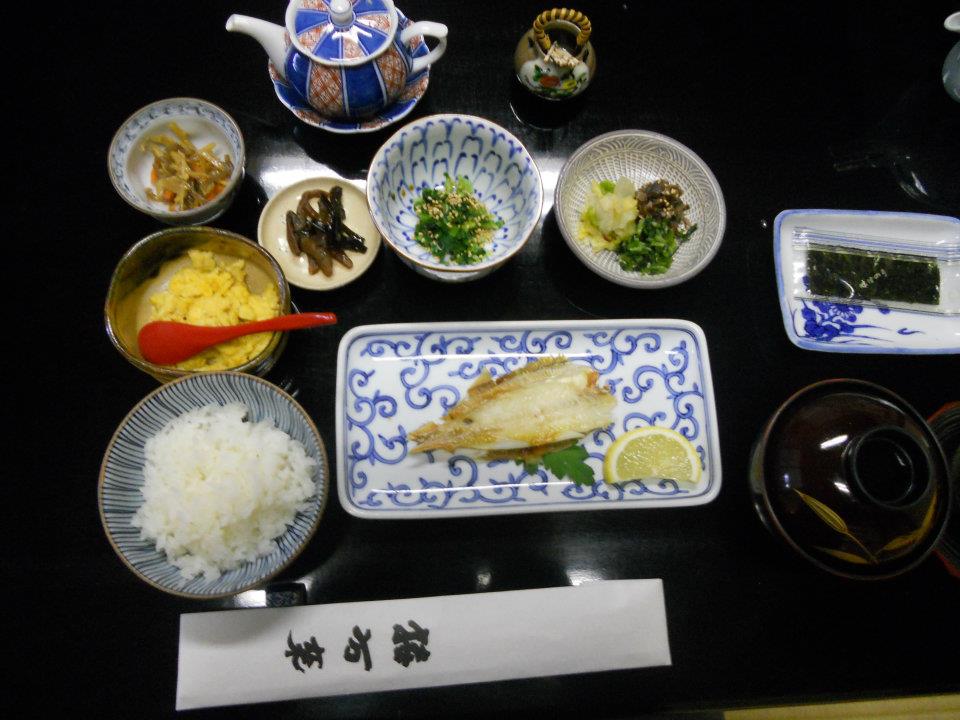 Trying to sum up food in Japan is like trying to boil down the best of the US into one page – it’s just not possible and would be doing quite a disservice to the inquisitive eater. Instead of trying to tell you everything, here are some recommendations if you happen to find yourself in the land of the rising sun. But our real advice: explore, eat and don’t count calories, for while Asia seems skinny and healthy, don’t be fooled, they love sweets, deep frying and things slathered in sauce, which is all delicious, rich and savory. If you’re keen on eating adventurously, you’re certainly in the right country, but be warned, many places don’t speak English. Most have picture menus, just be careful as the familiar may not be so recognizable as the horse meat looks suspiciously similar to the beef. You’ll thank me later.

One good way to explore the city and conquer more of it than if you were solo is with a local food guide, a must-do if you’re a serious eater. That way, you hit the best of the best and avoid international barriers. Quite a few places including many highly regarded Michelin restaurants simply don’t allow foreigners or reservations to be made without someone that speaks Japanese (Chowhound.com has a lot of details on this if you’re interested). Also, it is very hard to find things in Japan as their city expanded by building up instead of out. Hidden gems may be found on the 10thfloor of buildings, through back alleys or even lurking in the basement of a department store or train station.

The benefit of a private guide is that he can tailor the experience to exactly what you want to see and take you to all the authentic, local spots you won’t find on tripadvisor. Ken from http://foodtourstokyo.com/ was able to show us real Tokyo, and even coordinated our visit to the Tsukiji fish market at 4 am to ensure we wouldn’t get lost before the market opened or the train started running. Plus, he lived in Boston so he is fluent in American English- surprisingly rare in Tokyo. At my request to see weird places, we went to a Maid Café (you haven’t lived until a little Asian girl calls you master) and an Alcatraz/ER themed bar that felt like we were in a haunted house. 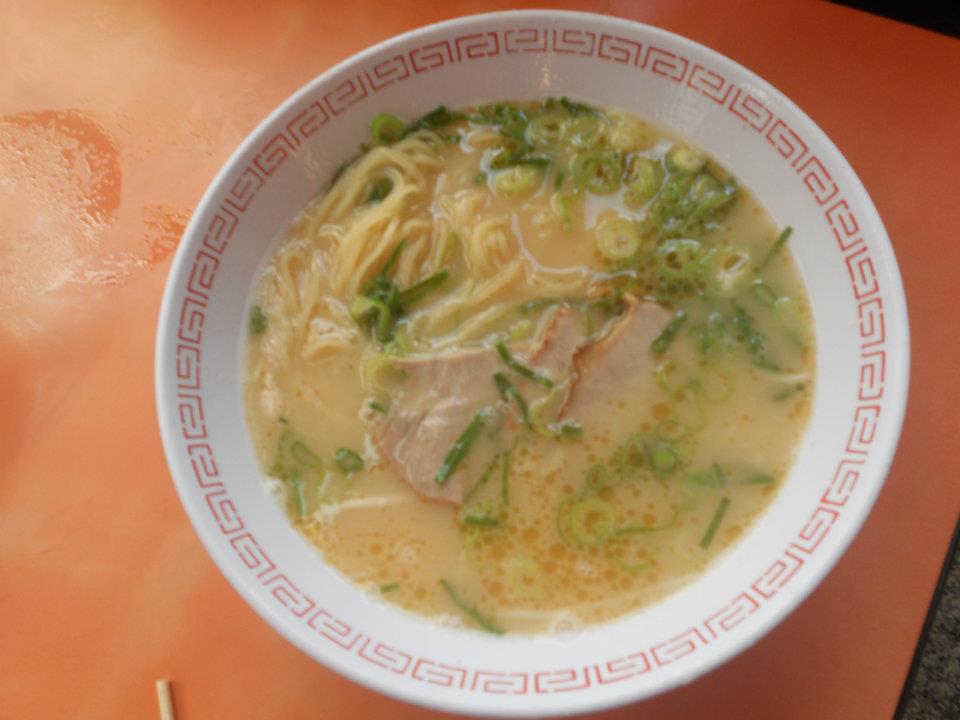 Ramen- Not cup of noodles, ramen is the name for the thin wheat noodle soup popular in Japan. Almost every area has its own variation from pork to miso-style broth. The really popular shops don’t even have a wait staff; you just order your dish from a vending machine and hand the ticket to the cook. Very efficient to keep the line moving, but another place a translator definitely comes in handy.

Tsukemen- Like a deconstructed ramen, the noodles and the broth are served separately and meant for dipping. You are also provided limes and seaweed if you want to make a noodle sandwich.

Udon- A thicker wheat-flour noodle, udon is typically served as a soup with a broth made out of dashi, soy and mirin, and as with ramen, the broth flavor varies regionally. Choose from a variety of toppings like vegetable tempura or shrimp.

Soba- The Japanese word for buckwheat, soba is served either hot as a noodle soup or cold with a dipping sauce. I’m not a huge fan, but it’s better as a snack than filling meal. 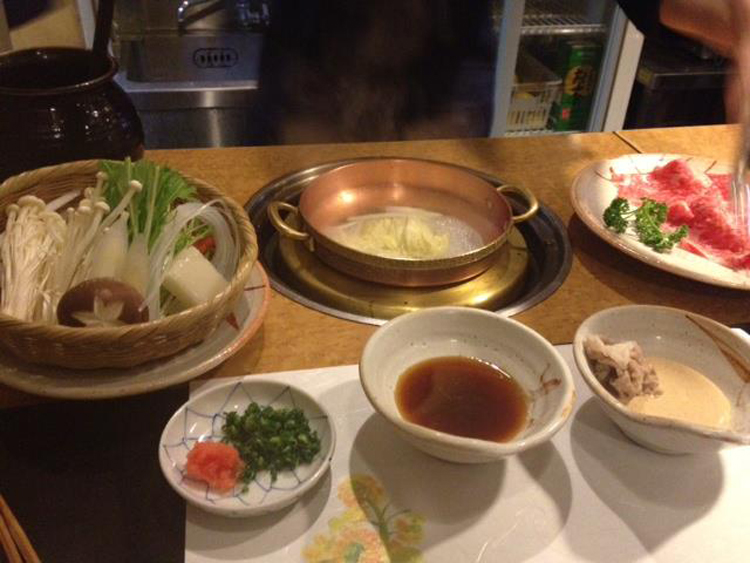 Shabu-Shabu/Sukiyaki- Shabu-shabu is hot oil cooking, like the meat portion of fondue. The name translates to “swish swish” for the sound the food makes as it sizzles. Thinly sliced beef, chicken or pork cooks within seconds as it boils and is then eaten with soy and sesame dipping sauces. After all the meat and veggies are gone, the remaining hot water is added to a noodle bowl and served as a soup, which is both eco-friendly and naturally-flavored. Sukiyaki is similar, but after boiling the ingredients are dipped in a small bowl of raw, beaten eggs. Which is better is a personal preference.

Yakitori/ Kushiyaki –Named interchangeably for any type of grilled skewers, this casual bar food is a cheap snack popular throughout Japan sometimes priced by the number of skewers you eat. Typically made with chicken (though some of the parts may seem a bit strange- livers, gizzards, etc.), you can also find veggies, bacon-wrapped delicacies and other meats. 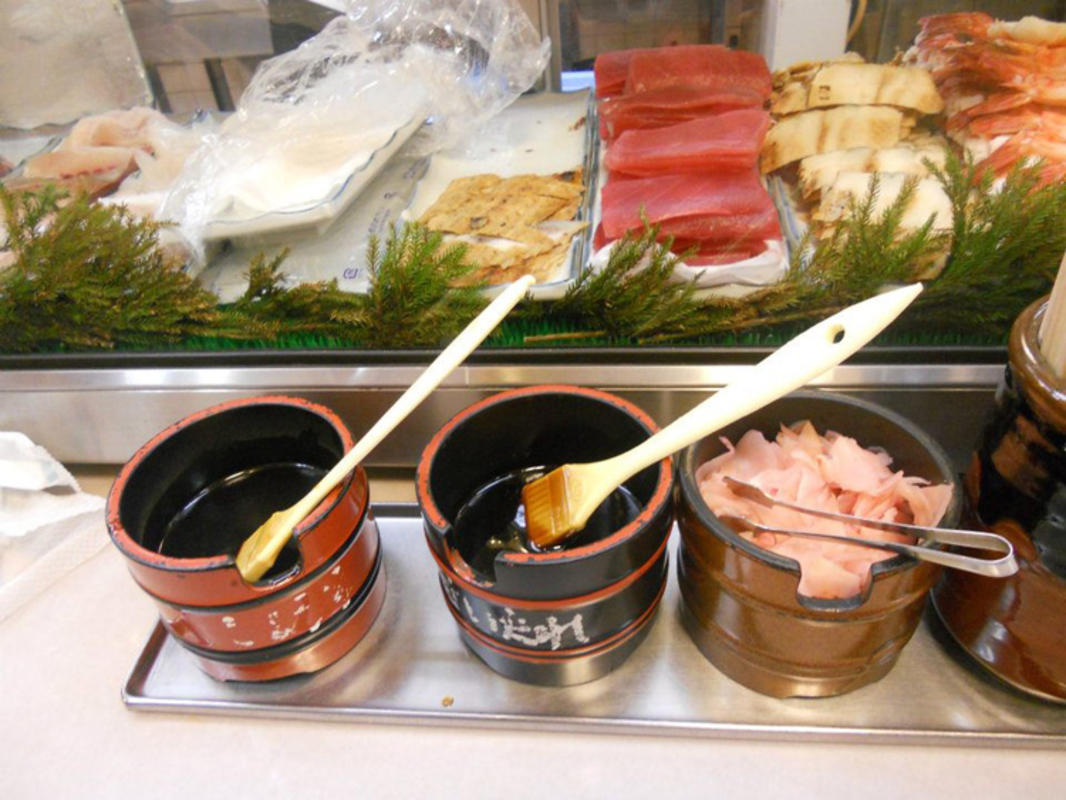 Okonomiyaki- A cross between an omelet and a pancake with a mix of ingredients, meats, veggies and seafood, the pancakes are served sizzling on a table with a built-in hotplate accompanied by a variety of dipping sauces and mayo. The name is derived from the word okonomi, meaning "what you like" andyaki meaning "grilled." Okonomiyaki is viewed as Japanese soul food and one of the best things I tried with its unusual depth of surprising flavors. Each bite was like a scavenger hunt as to what would pop up next.

Sushi- obviously a staple, sushi in Japan is much different than in the states. You won’t find elaborate rolls covered in tempura flakes, slathered in spicy mayo or drizzled in sauces. Here, they showcase the fish. Simple and clean, it’s melt in your mouth fresh. In the nicer restaurants, each piece is served one at a time so you can savor each delicate note in the progression with the highlight being whatever is the highlight of the season, for us in spring it was fatty tuna and the ever- succulent sea urchin.

Takoyaki Balls- A deep fried octopus dumpling from Osaka, these street food vendors often have lines around the block. Made with a special cast iron mold, these delicious little balls are served with a special sauce and mayo and make a great mid-day snack. 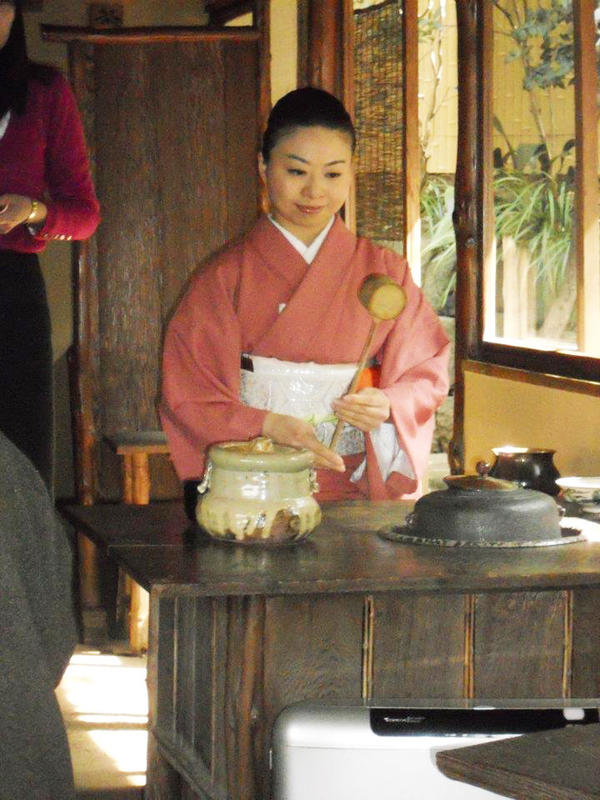 Another must-do culinary experience in Japan is a tea ceremony, which is a formal, cultural ritual that demonstrates the elaborate process of making and serving matcha by hand. Japan has many varying degrees of the quality of green tea and matcha is as high end as it gets. The creamy, thick liquid is actually more like a seafoam green brothy soup or melted ice cream than a tea and is an acquired taste. Very strong like the equivalent of a black coffee, it’s definitely worth experiencing, as it gives a look into the fine art of Asian hospitality and hosting. There is no talking during the process, which allows for a moment of tranquility in a chaotic city, and even if you don’t like it you must tell the host you do so as not to be rude.

Delicacies I didn’t get to try

Blowfish, turtle, horse- have you eaten any of these? Let us know what you thought!