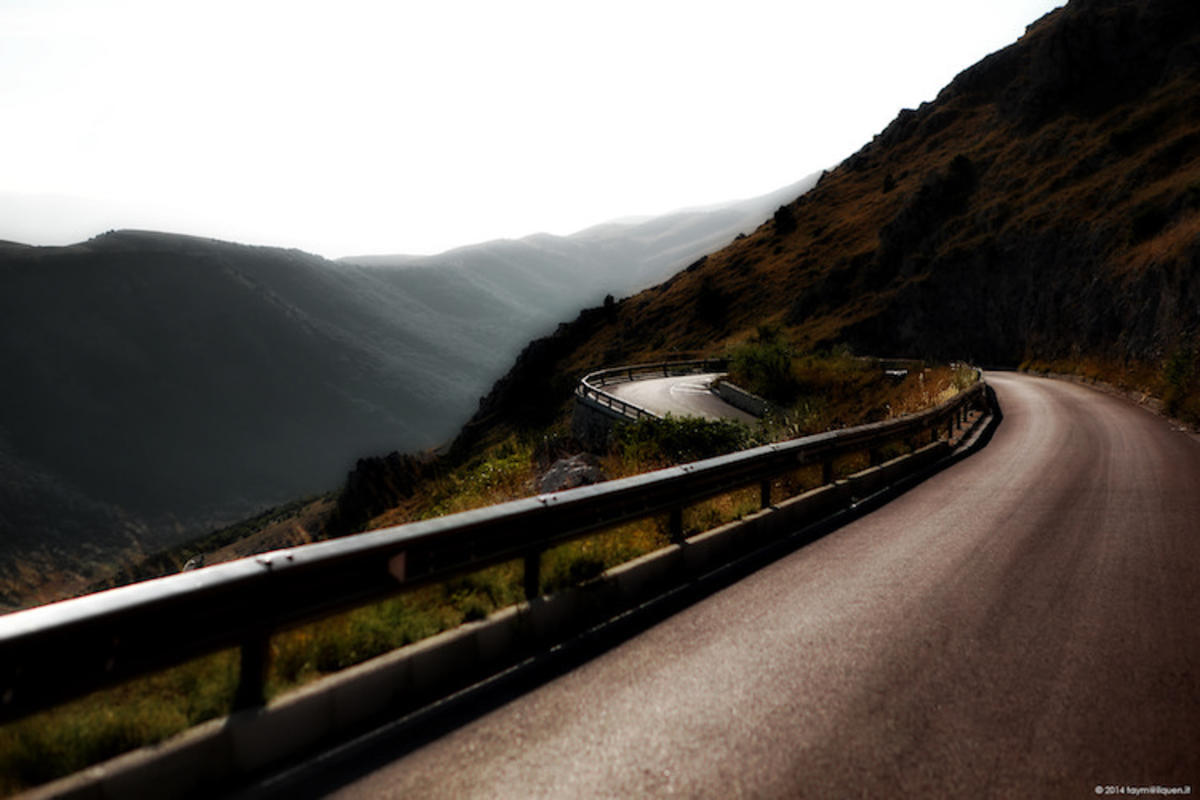 In a place like Italy, awash with tourism down to its tippy toes, finding an undiscovered corner doesn’t come easy. But with a little effort and a little research, it is possible. Instead of heading to the coast like most travelers, venture to the heart and center of the country. Known for its dramatic mountains, lack of crowds, plentiful national parks, and countless medieval towns, Abruzzo is the perfect road trip from Rome.

While this picturesque drive offers just a taste of the region, it will leave you wanting more of little known Abruzzo. 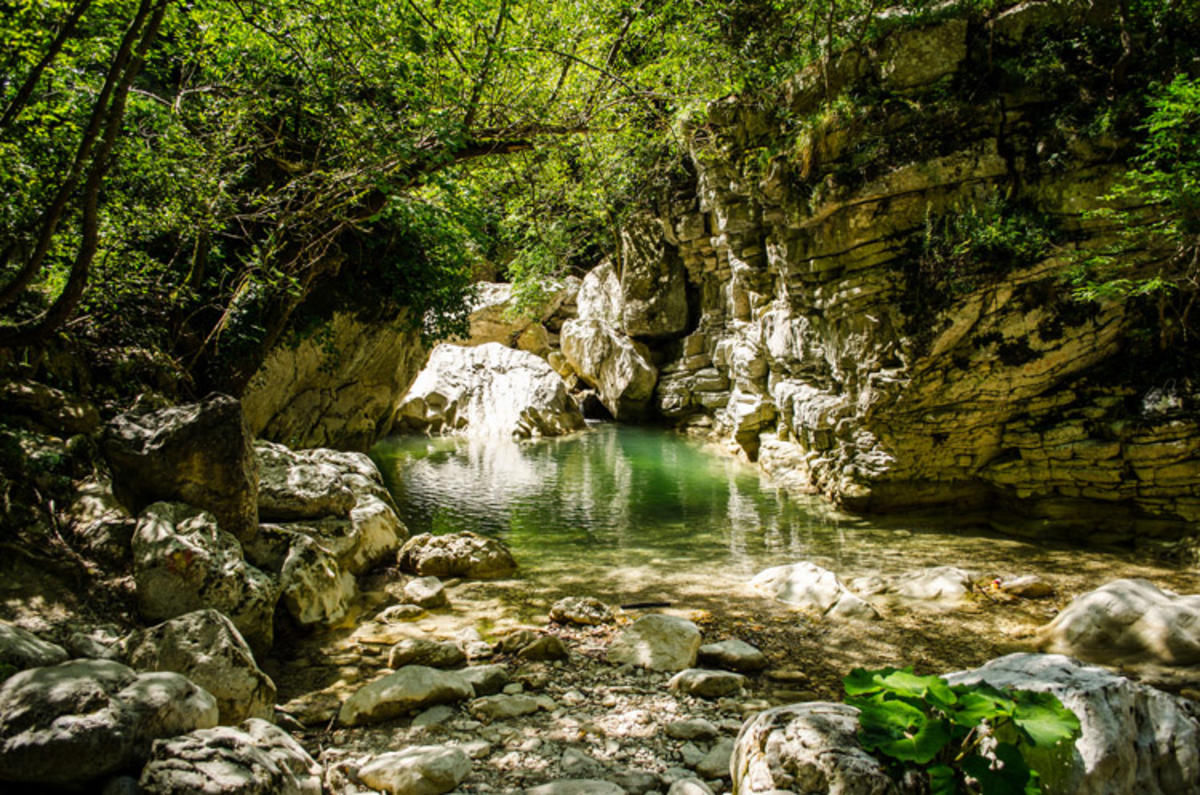 Just under an hour and half from Rome, the road to Abruzzo will take you to L’Aquila where you can work your way down through the region. Unfortunately in recent years, L’Aquila has become largely known for the 6.3 magnitude earthquake that rocked the city in 2009. You'll still see the massive destruction caused, but the restored Basilica di San Bernardino is reopen and a peaceful spot to grab lunch and wander the old Spanish fort before heading out.

Before leaving the area, make a stop 13 miles northeast of town at Parco Nazionale del Gran Sasso e Monti della Laga, one of Abruzzo’s national parks. The Gran Sasso massif is easily the star attraction and a jagged landscape with plenty of hiking trails to get off the not so beaten path. 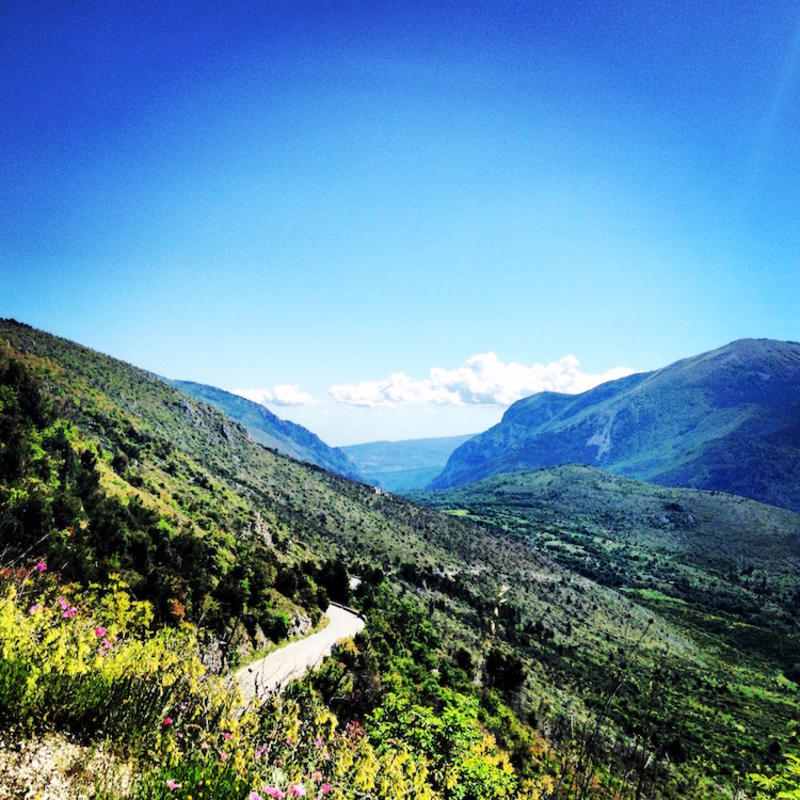 Leaving L’Aquila, you can cut through the heart of Abruzzo along the SS17. The drive to Sulmona is easily the star attraction with Parco Nazionale del Gran Sasso e Monti della Laga on the east and Parco Naturale Regionale Sirente-Velino to the west. Have your camera read to snap plenty of mountain vistas and cliff clinging villages. You can get out to stretch your legs at Roccacasale and Navelli, two medieval beauties. 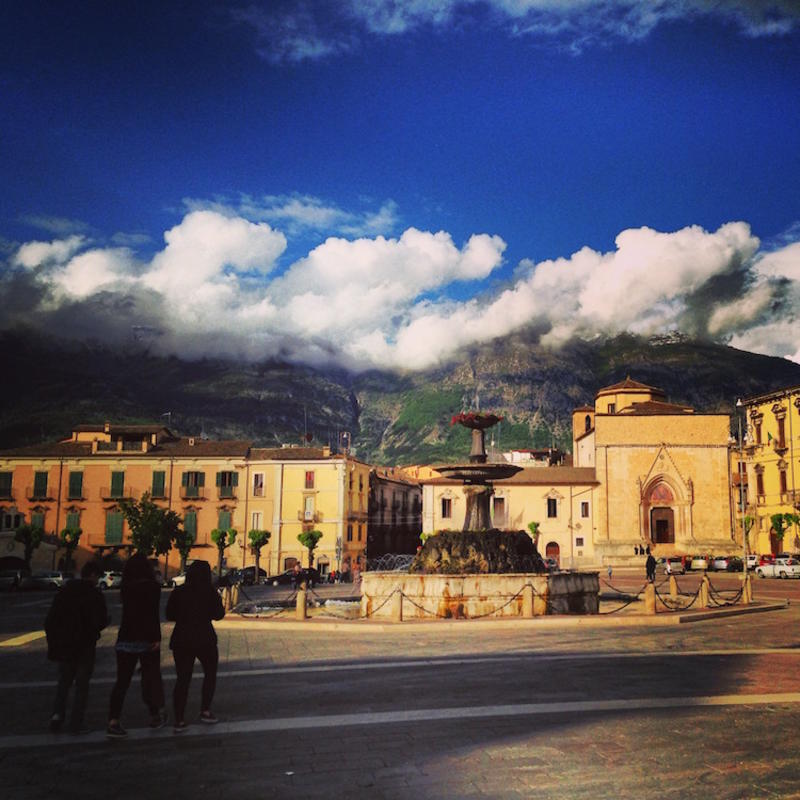 Stop 3: Get to Known Sulmona, Several Handfuls of Confetti at a Time

After about an hour in the car, the SS17 ends at the medieval town of Sulmona. The birthplace of poet Ovid, Sulmona was once also key commercial center in the Middle Ages. After the drive from L’Aquila, you’ll want to rest up for the evening passeggiata (stroll around the promenade). It seems the whole town appears at sunset to roam Sulmona’s old streets and main square, Piazza Garibaldi. Not only does the piazza boast views of the Morrone massif but it is also flanked by a 13th century aqueduct.

In the morning, fuel up on espresso and sugar at the Fabbrica Confetti Pelino. The factory has been producing confetti in Sulmona since 1783. A traditional Italian candy composed of Avola almonds, sugar and vanilla comes in all shapes, colors, and flavor. Confetti appears at most major occasions from marriages to baptisms. You can just purchase a handful or head upstairs to the Museo dell’Arte Confettiera for a more detailed look at the candy making process. Quite addictive, it's impossbile to leave Sulmona without polishing off at least a bag or two.

Appropriately fueled on confetti, turn wheels toward the SS479 to the medieval borgo of Scanno. This snaking road heads through the Gole di Sagittario, a reserve and gorge, and past the glassy Lago di Scanno. After about 45 minutes, you'll turn up in the town of Scanno. This time-trapped borough appears frozen in its medieval days. It's a maze of streets adorned with restaurants, shops and homes that look more movie set than reality. Climb Scanno’s steep lanes and resolve to return to Abruzzo again and again, the incredible region tourists somehow missed.