Turkish food is some of the most diverse, fresh, and creative in the world that’s somehow been largely (and unfortunately) overlooked; overshadowed by more familiar ethnic dishes from neighboring Mediterranean countries. Straddling the border between Europe and Asia, Turkish cuisine is heavily influenced by its Ottoman roots, but just as much so by its European neighbors. Savory meats, scrumptious desserts, and flavorful drinks make Turkey a foodie’s untapped paradise.

Come hungry because there’s plenty to gorge on in Istanbul, the Turkish capital. 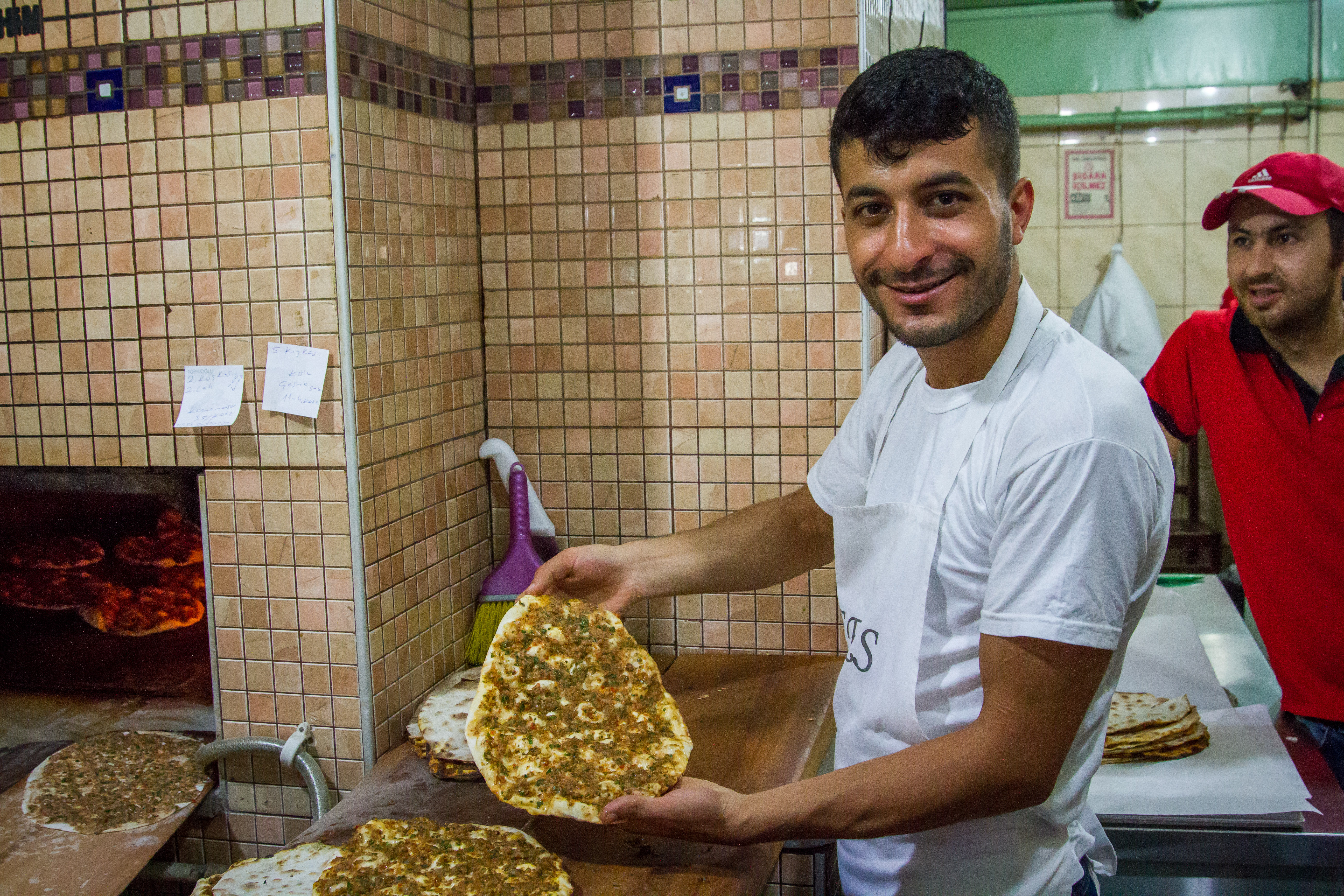 Lahmacun, simply put, is a street food version of pizza minus the sauce and cheese. Dough is rolled, flattened, and spread with a premade mixture of finely minced lamb, onions, tomatoes, and parsley. It's then baked and served with a salad. Place that on the Lahmacun, roll it up, and eat it like a burrito. When trying to find great Lahmacun, look for restaurants and vendors with a roaring fire oven because if you don't see them regularly pulling fresh ones out of the oven, move along. 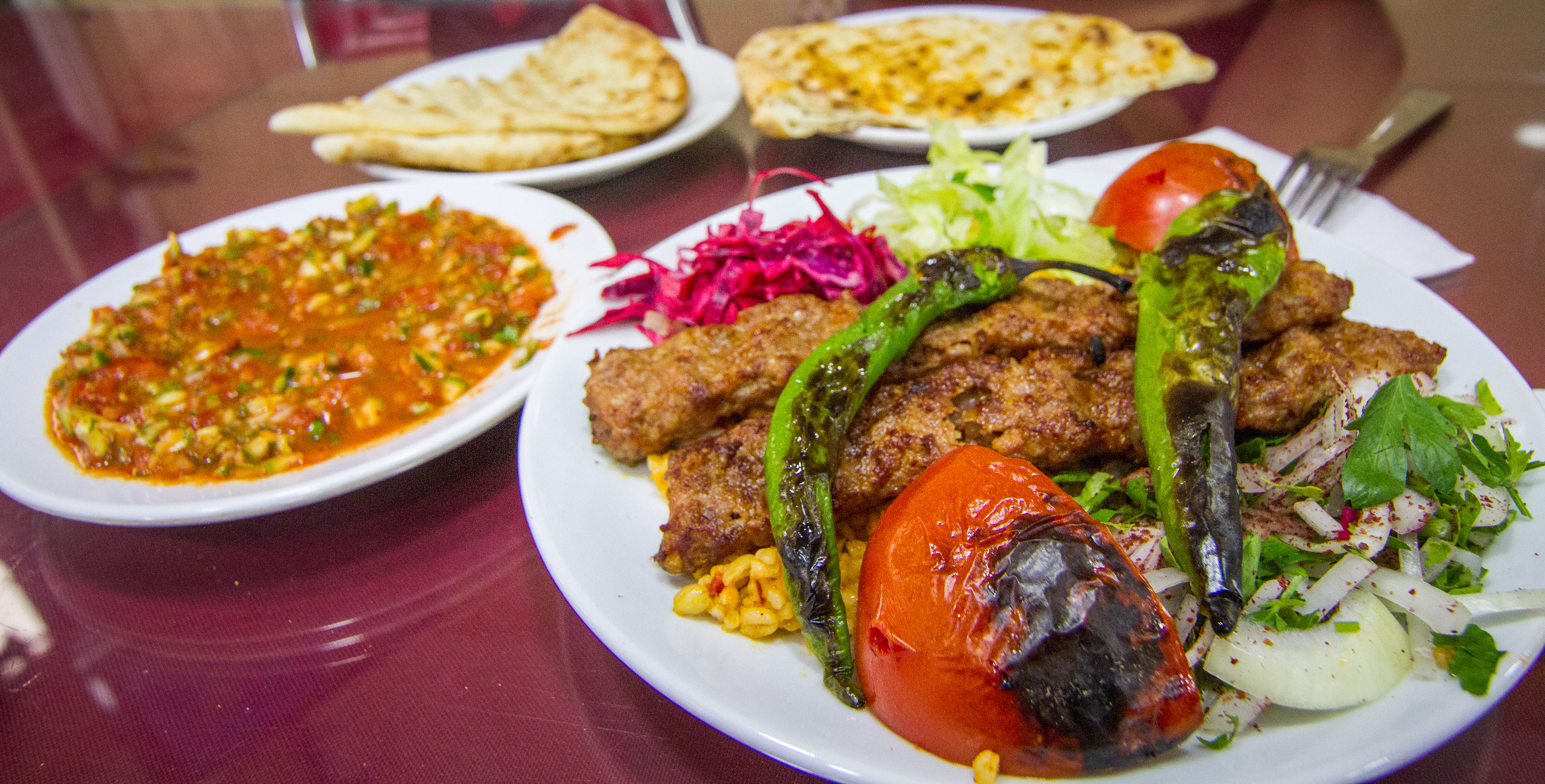 People often confuse kebabs, gyro, shwarama, and doner so let us help with the distinction. A Turk originally invented the large blocks of spinning meat you see around the world before introducing them to Greece to become what you commonly call a gyro (Greek for "turn"). The main difference between the Greek and Turkish versions is the sauces and spices: gyros have tzatziki, while kebabs do not. Shwarama is actually Arabic for the same dish so gyro, shwarama, and doner are essentially the same thing.

Kebab is any type of grilled meat on a skewer. They come in many forms, but will never be served as a wrap with the exception of a doner kebab (simply translating to “rotating meat” in Turkish), making everything technically a doner. Chunks of diced meat cooked over an open flame with vegetables, be sure to try Adana Kebab for a kick of savory Turkish spice accompanied by fresh veggies. 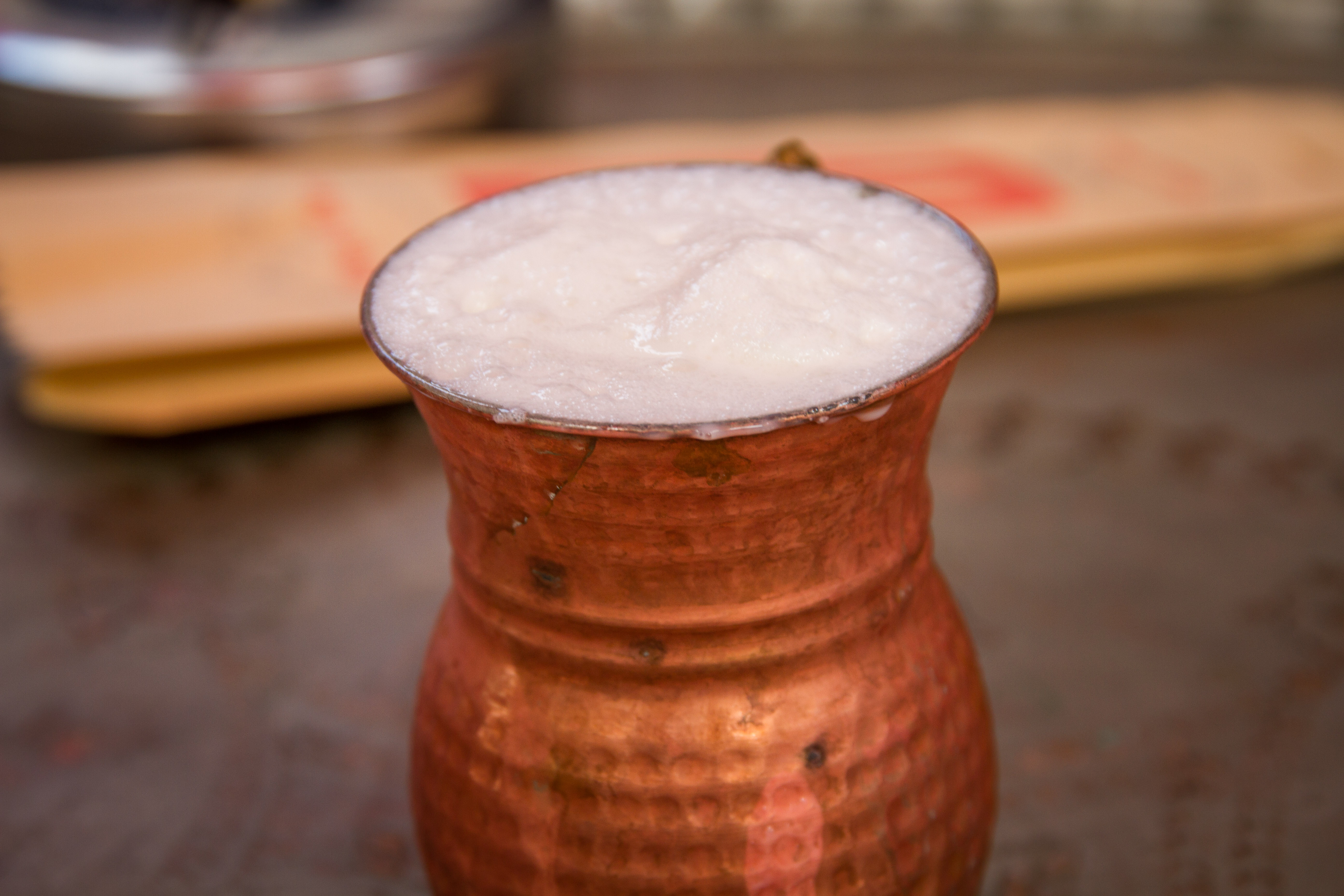 The national drink of Turkey, Ayran is a cold yogurt, which you'll find all over Istanbul. It has a bitter and salty taste, but a smooth finish. It's normally served with grilled meat to cleanse the palate so I recommend getting it from a traditional Turkish restaurant or street vendor, but it can be found just about anywhere drinks are sold. You may even get it for free along with your meal. 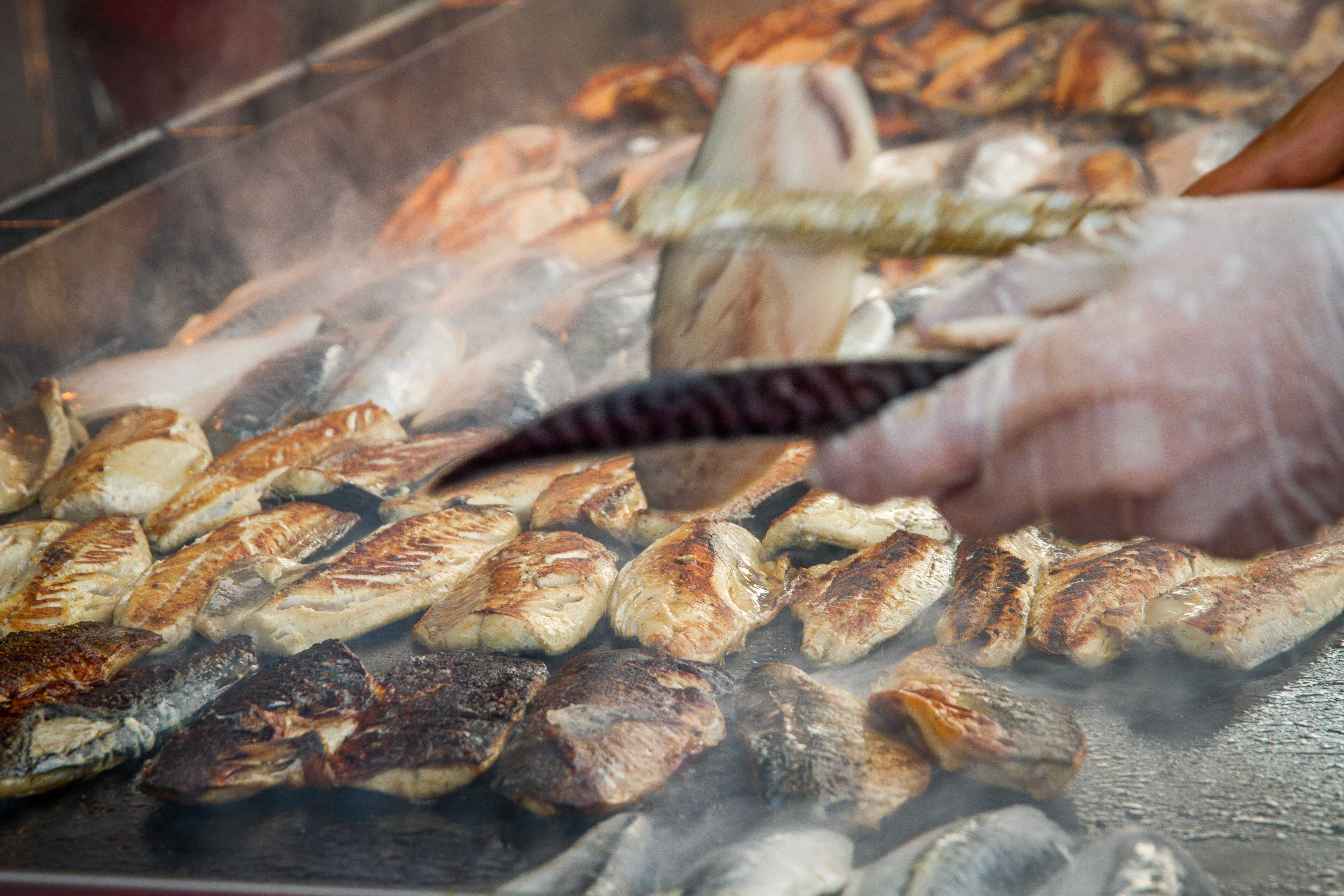 For a country with such a huge maritime history, it stands to reason that one of their best dishes is fish. A lightly seasoned filet served on a bread roll with onions, tomatoes, and lettuce, the fish is largely deboned, but still be careful. The best places to find this in Istanbul are near the New Mosque, and although the area is quite touristy, it's still a local staple. 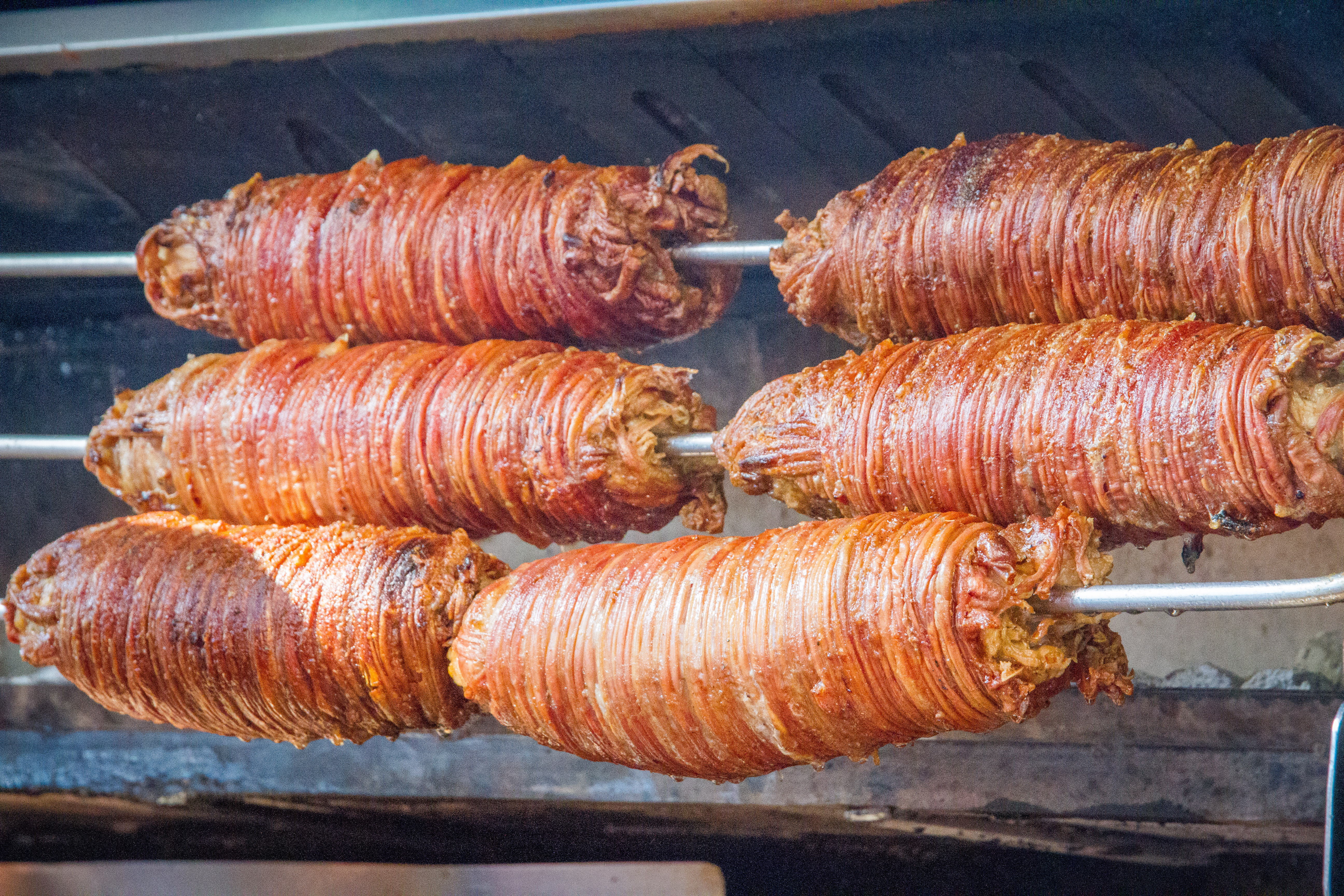 Kokoreç is grilled/fried lamb intestines seasoned with oregano and other spices, wrapped in a spiral over offal (kidneys, sweetbreads, and hearts) and grilled over wood and coals. Served hot on bread, it’s one of the most popular street foods in Turkey, and a must try, although the quality highly depends on the season. The very best Kokoreç comes from young, suckling lamb and reminds me of good old southern cooking. Slaves often received the worse parts of the animal, which is why African-American cuisine often includes pig's feet, chitterlings, frog legs, and gizzards. 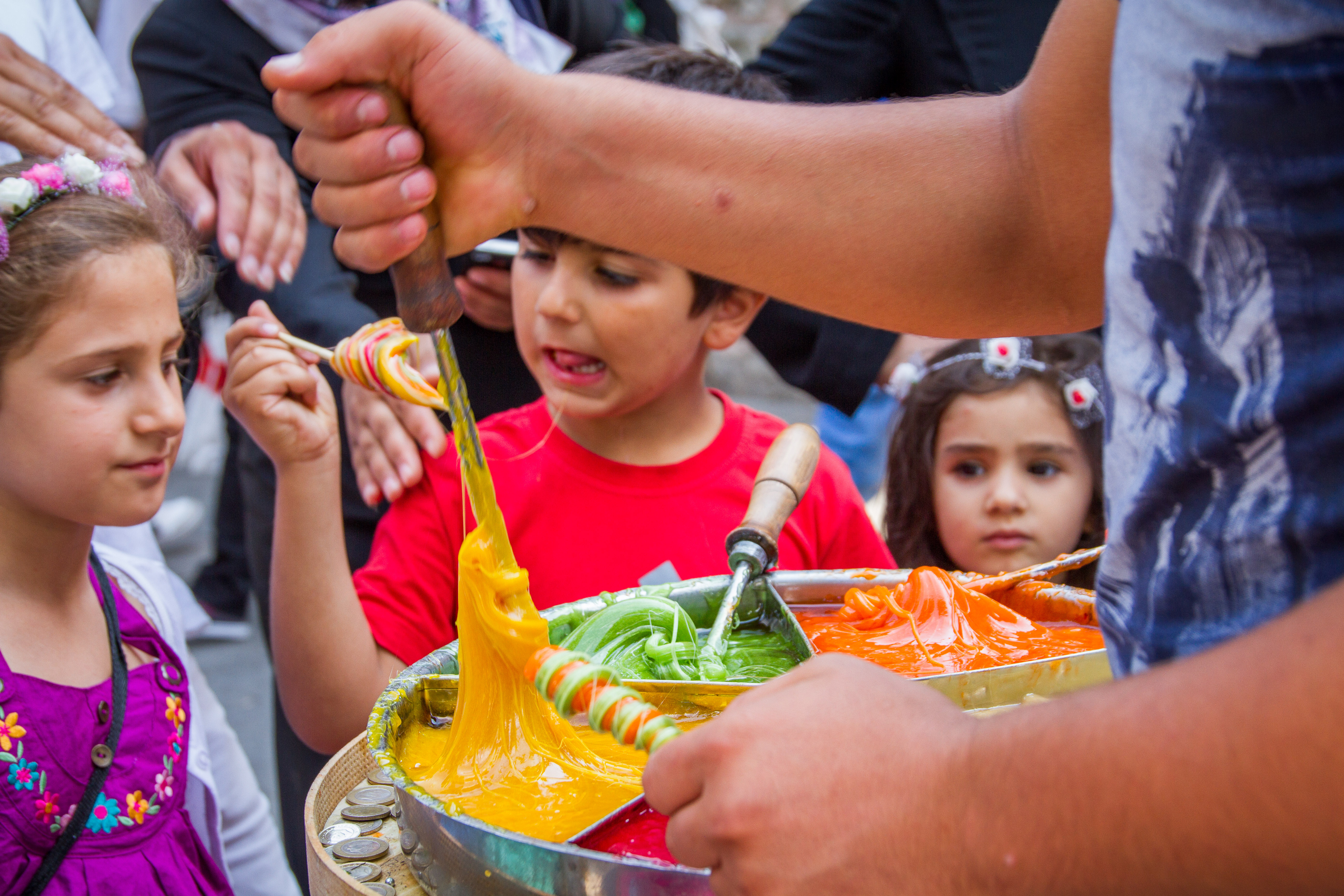 The Turkish LOVE sugar and the famous Turkish Delights don't disappoint, although Baklava is really the foundation for dessert in Istanbul. The key difference between the Greek and Turkish version is pistachio. Turkish Baklava is quite a bit sweeter and nuttier than its European counterpart, although there’s a huge variety depending on where you get it from. Be sure to also sample the Turkish taffy and ice cream. 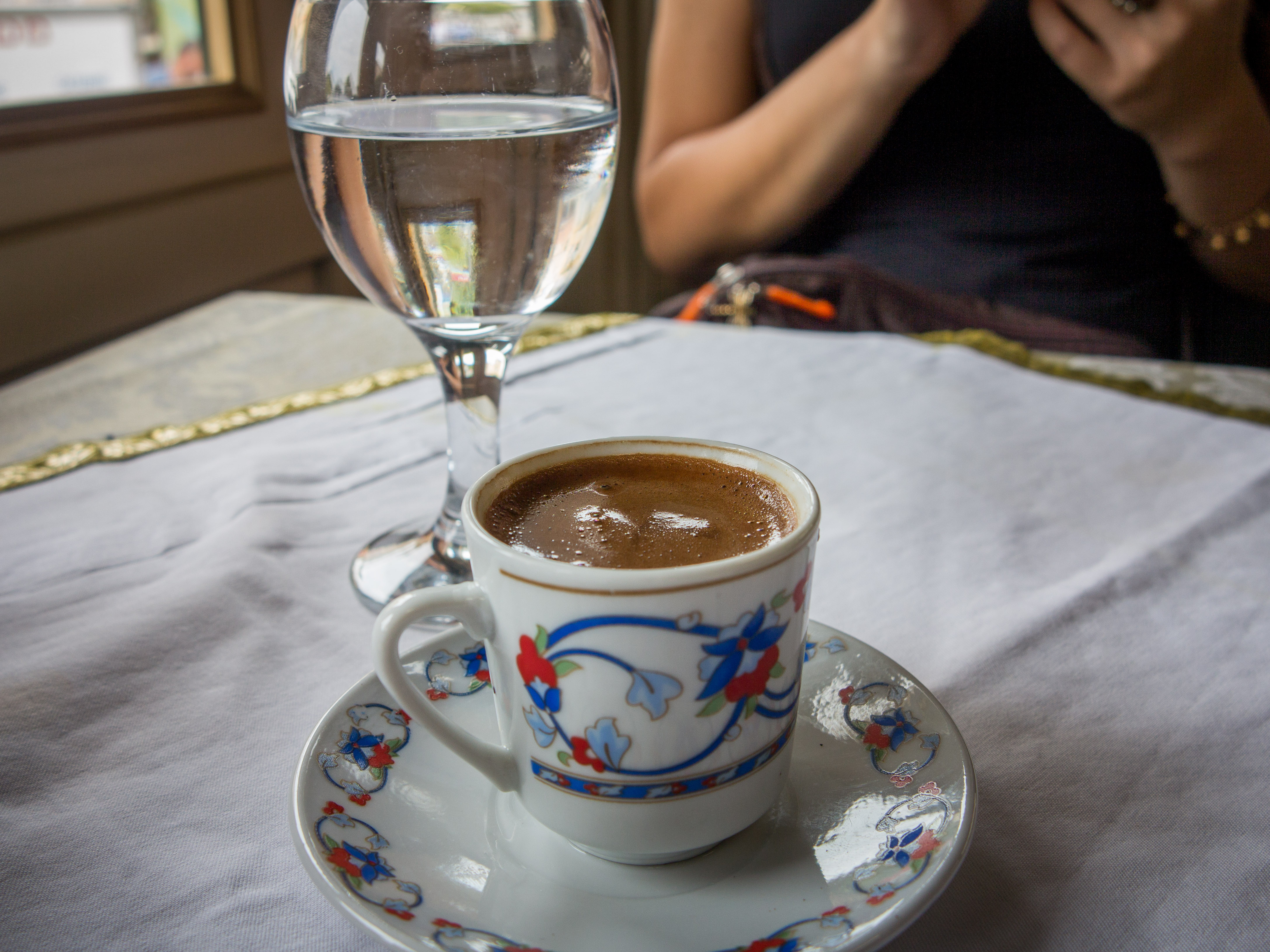 Turkish coffee isn't a type. It's a method. Listed by UNESCO as an intangible cultural heritage, it's become an entirely different subculture within the coffee drinking community that’s arguably the best in the world. Roasted ground coffee is boiled with sugar and served with the grounds in, which settles at the bottom of your cup to preserve the flavor. Don't try Turkish coffee at a highly touristic location near the mosques or palaces. As with anything, the real experience is with the locals. Late night restaurants and shisha (hookah) bars are your best bets for authenticity.

What to Do with Two Weeks in Turkey