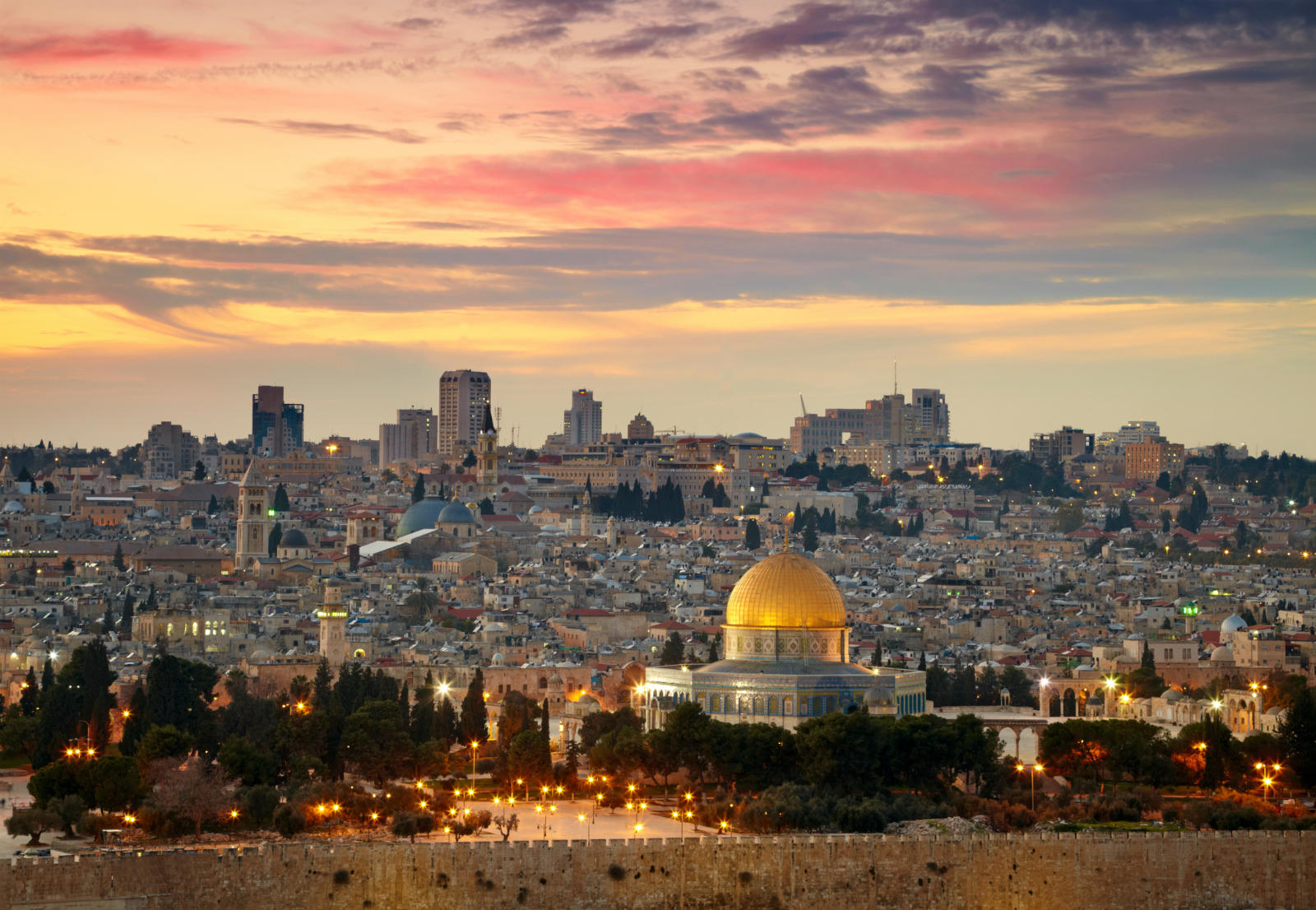 The land of Israel is the heart and soul of three mighty belief systems, Judaism, Islam and Christianity, and one of the oldest settlements on earth. It has been conquered by almost every ancient empire, as well as several modern ones trying to control its deeply religious lands. The State of Israel itself is only 64 years old, but the small country was first inhabited some 50,000 years and its remote, mystical deserts have inspired prophets and religious leaders since time immemorial.

Millions of visitors arrive at Tel Aviv’s Ben Gurion International Airport and include the curious, the devout and those simply searching for the ideal winter sunshine escape. Dozens of ancient sites scattered around Israel are world-famous for their association with iconic events and the settings of religious stories. Jerusalem’s Wailing Wall, the magnificent Dome of the Rock, Bethlehem, Nazareth, the Sea of Galilee, Masada, the Crusader castles, the Mount of Olives and Akko, sacred to the Ba’hai faith, are all intricately connected with the spiritual history of the human race and Western civilization.

For visitors looking for an active vacation, there’s an equally good amount of rock-climbing, hiking, diving, snorkeling, wind-surfing and other water sports at the many beach resorts you may be surprised to find outside of what is usually thought of as just a desert. Floating in the heavily salinated Dead Sea is a unique experience for all. Skiing on the Golan Heights is a popular winter activity, and Tel Aviv is nicknamed ‘the city that never sleeps’ for its vibrant nightlife.

Israelis in general are a boisterous, friendly lot although the reclaiming of their ancient land, the Diaspora millennia and the Holocaust have made them tough, resilient and often uncompromising. Most are intensely proud of their heritage and happy to show it off to visitors through giving advice on travel and the best places to visit. Most destinations, sights and hotels are distinctly family-friendly, and medical care is of high international standard.

Tourist infrastructure in Israel is well-developed and well-run, with luxury spas and upscale resorts springing up all over the country. Accommodation is comparatively expensive, as is fine dining, but does represent a good value for the money except at prime periods like Christmas, when rates skyrocket due to demand outstripping supply. Recent upgrades at most sites have resulted in major improvements in facilities for the disabled, with even the peak of Masada now wheelchair-accessible.

The reasonably priced and efficient bus and taxi travel in large Israeli cities is normally trouble-free, although self-drive is not advised due to impossible parking conditions, strictly-enforced and confusing regulations, crazy local drivers and how easy it is to get lost. However, if you’re planning to tour the Galilee and venture into the desert, it’s essential. Road signs, even in rural areas, are in English, as well as Hebrew and you’ll receive a useful map with your rental vehicle.