Check out the Grand Canyon of Europe

Most everyone agrees Europe has charming cities, but not enough travelers discuss the outdoor spaces in between. One place you should definitely put on your radar? Gorges du Verdon in southeastern France. Stretching for more than 15 miles in central Provence with stunning, 2,000-foot limestone cliffs overlooking the Verdon River, the canyon should be listed as one of the natural wonders of the world and not just as one of the “Grand Sites of France.”The river is one of the premier adventure hubs in France, but it could just as easily be listed as one of the most relaxing spots, too. It’s time to find out what all the fuss is about. 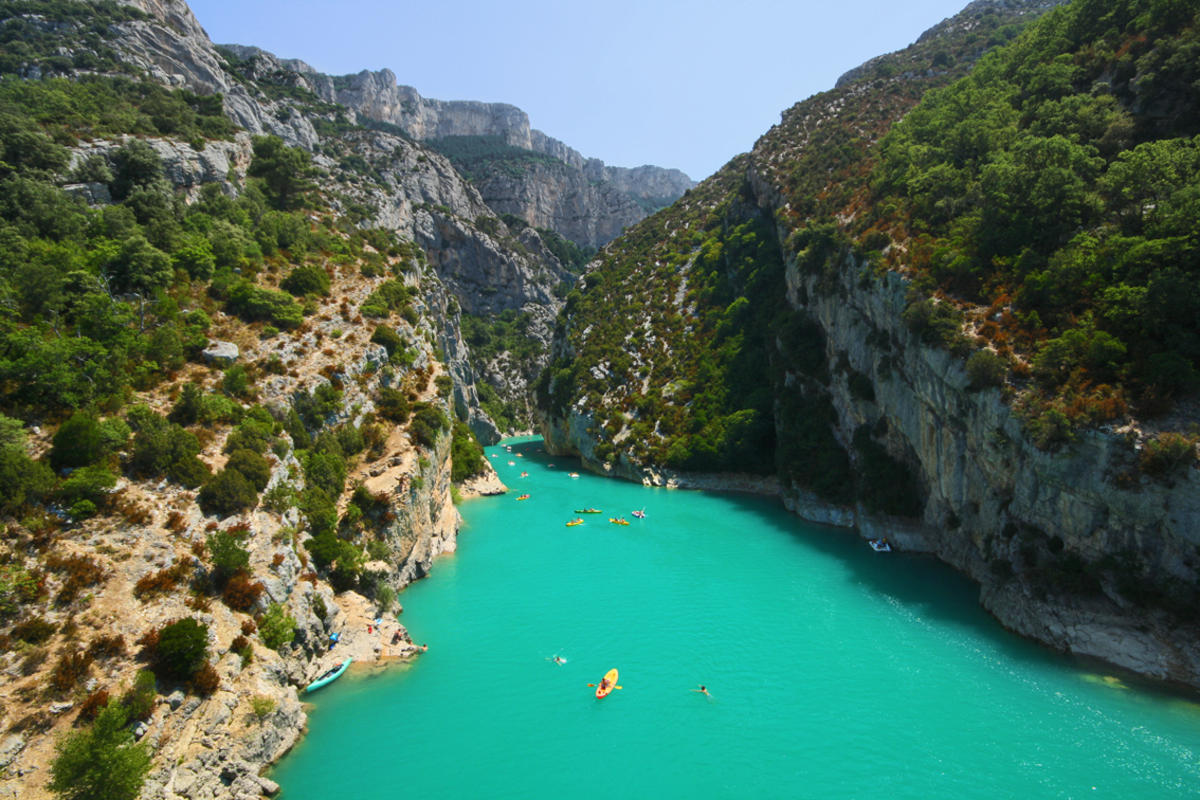 Although it’s much smaller than the Grand Canyon in Arizona, Verdon’s location is — dare we say it? — significantly better. It took the Verdon River millions of years to carve out the canyon in the heart of the French Riviera. Surrounded by gorgeous mountains and stunning limestone cliffs, the remarkably ice blue waters of the gorge empty into the pristine Lake Sainte Croix, France's third largest lake. The overall effect is simply irresistible, rightly earning it recognition as one of the prettiest canyons in Europe. 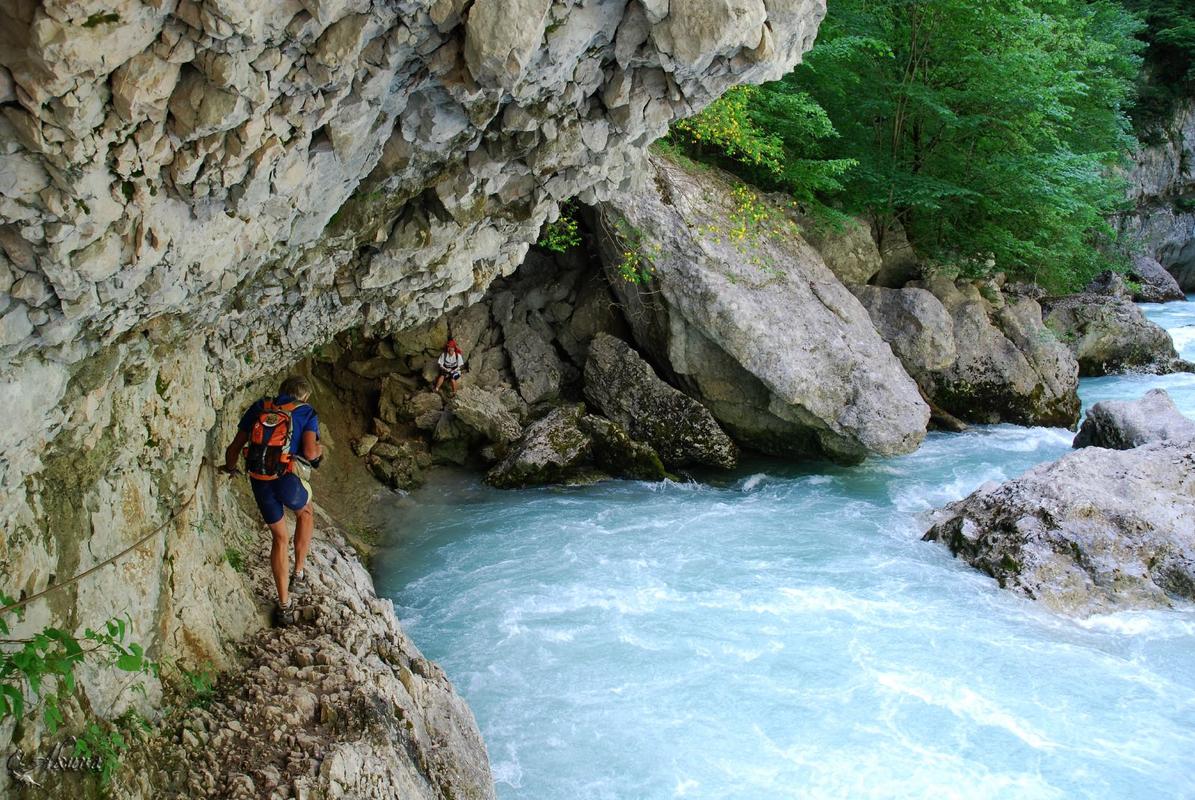 Despite the photos flooding your Instagram feed, boating isn’t the only way to enjoy the gorge. The Regional Nature Park of the Verdon was established in 1997 to protect the area so explorers of all ages could enjoy it for years to come. One of the highlights of the canyon is the acclaimed Sentier Martel hiking trail. Named after the pioneering explorer who first routed and discovered the inner secrets of the Gorge back in 1896, the trail begins at two different points: Point Sublime and Chalet de la Maline. Due to the difficulty of the trail, Chalet de la Maline is the preferred route for first time hikers. Don’t worry, you’ll still get your adventure fix here. The five-mile route takes travelers along the base of the river, through two dark tunnels, and up six different staircases (think: Hawaii’s illegal Haiku Stairs hike). 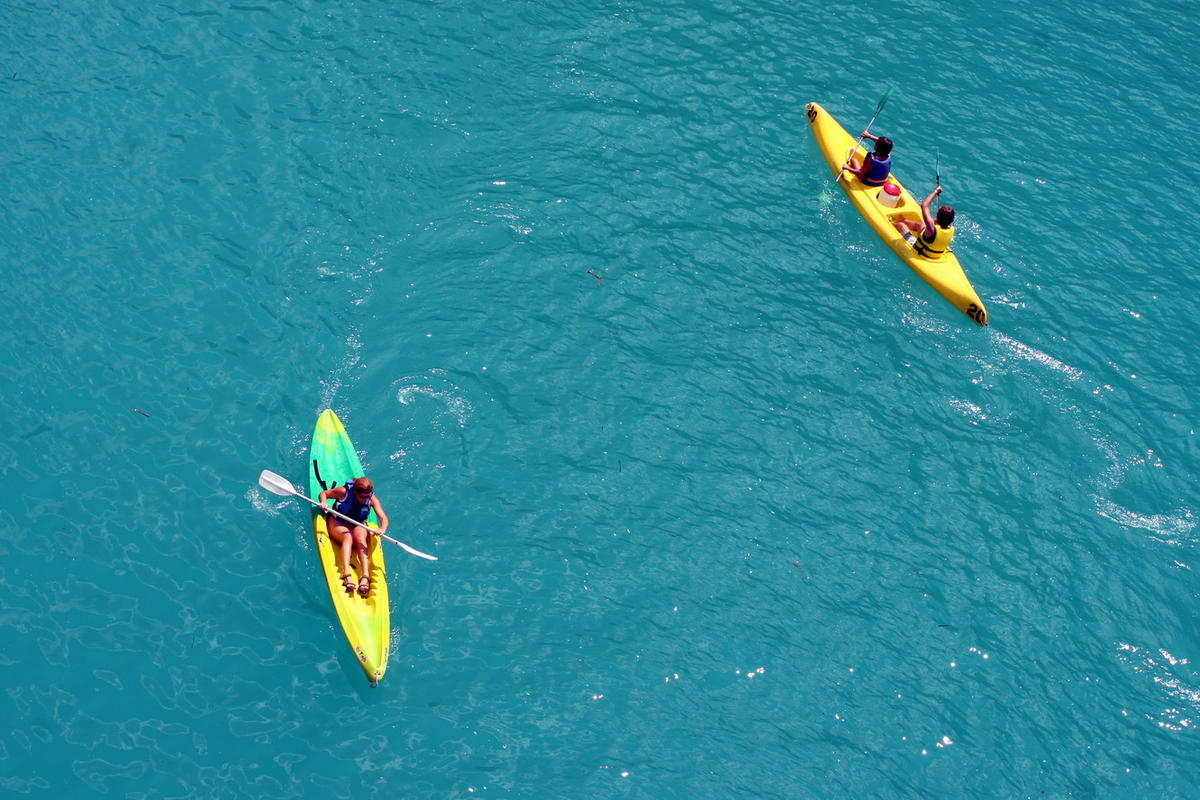 Get Wet and Wild

The Verdon Gorge isn’t just a pretty face. The lower part of the Gorge near the actual Verdon Canyon has calmer waters that are perfect for canoeing, floating, and, yes, paddleboating. However, if you want to get your adrenaline pumping, head higher up the gorge near the Saint Andre region where the current is swifter and the waters are deeper. The rapids are perfect in late spring when the snow and ice from the winter have melted. Boat rentals are available all along the gorge and local tour guides can point out the best drop off points in the area.