By Bernadette Geyer
Save 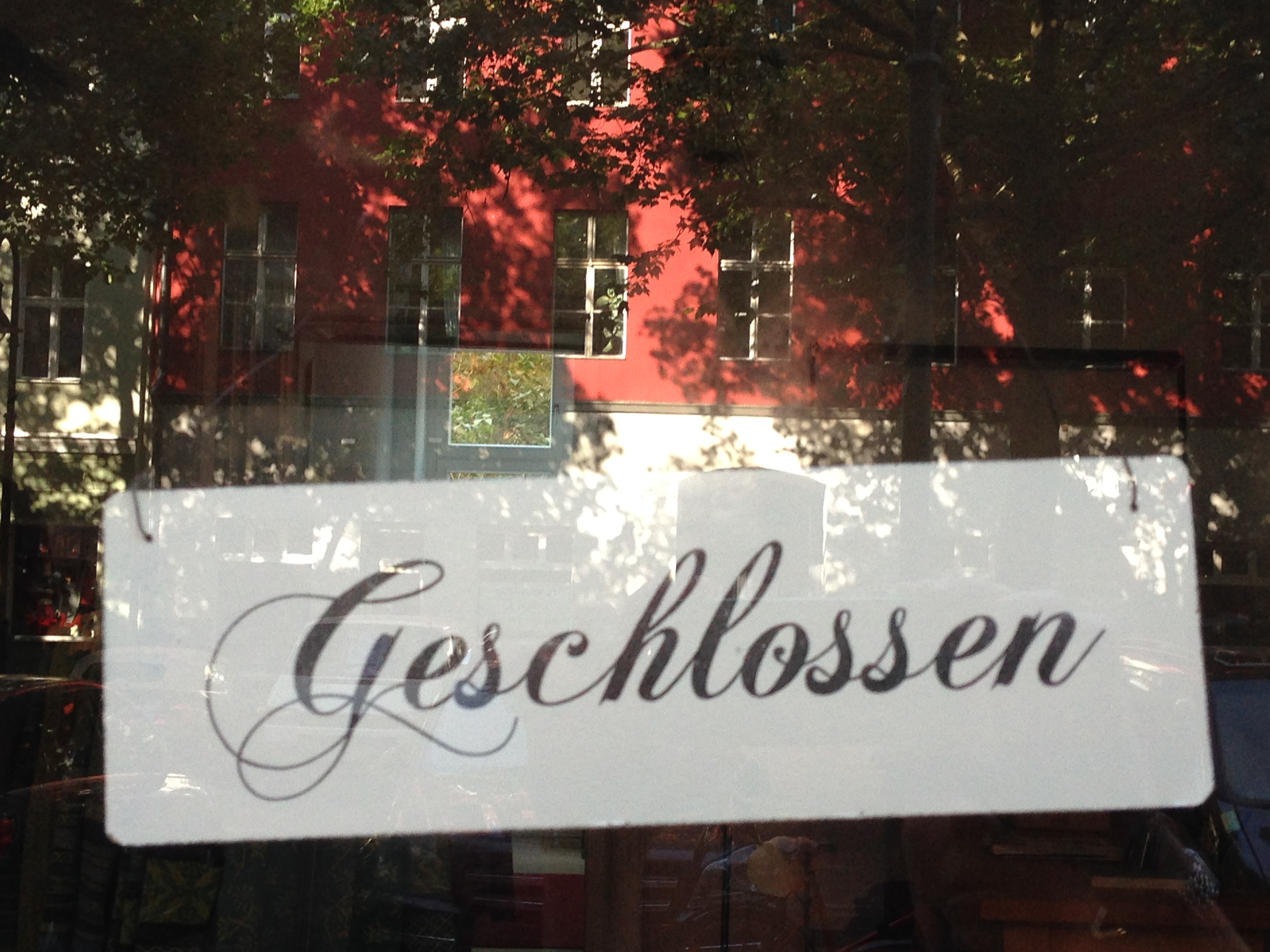 What do May 1 and October 3 have in common? If you are planning a trip to Germany, you should be aware that those are both national public holidays, which means most stores – including grocery stores – will be closed. The same goes for the 2016 "bank holidays" in the United Kingdom on May 2, May 30, and August 29 – which you should really know about before you travel to London. If a holiday occurs on a Tuesday or a Thursday, businesses in some European countries will also close on the "bridge day" between the holiday and the weekend.

In most European cities – and especially in small towns – retailers close early on Saturday and the only businesses open on Sunday are restaurants. For vacationers, it's important to realize there is nowhere to buy deodorant, toothpaste, milk, cereal, or any necessities until the shops reopen.

If you're coming from the land of commercialism in the United States where select retailers are even open open on the biggest holidays like Christmas and Thanksgiving, it may be a bit of culture shock to realize that every Sunday is still considered a day of rest. Even if you are not of the Catholic faith, you will still need to know the dates of Good Friday, Easter Monday, Ascension Thursday, and Pentecost Monday – as all of these are national holidays in Germany.

Be Aware of Regional Differences

Sometimes, holidays will even vary based on which region of the country you're in. For example, there are sixteen states in Germany, each which follows a different holiday calendar in addition to the eleven national holidays. This means you can shop on the Feast of the Three Kings (January 6) if you’re staying in Berlin, but not if you’re visiting Bavaria.

Visitors to Catalonia, Spain, can expect most stores to be closed on September 11, the Day of Catalonia. However, if the holiday falls on a Tuesday, many businesses will also be closed on Monday. This means that if you arrive in Catalonia on Sunday, September 9, you will not find anything open until three days into your vacation. If your vacation is only a week long, you’ll be spending half of it waiting.

Museums Are Typically the Exception

Public holidays in Europe’s larger cities tend to affect only retailers. Museums – such as the British Museum in London, the Neues Museum in Berlin, and the Louvre in Paris – will be open most holidays, although it never hurts to double check on their website for opening dates and hours. For example, while the Louvre is open on Sundays, it is closed on Tuesdays, as well as on January 1, May 1, and December 25.

A well-prepared traveler who does a little bit of research before setting out will ensure that a vacation to another country begins smoothly. A quick online search is all you need to easily find a country’s – or city’s – list of public holiday closures.

Bernadette Geyer is a writer, editor, and translator in Germany.

http://www.bernadettegeyer.com
Join 100k like-minded travelers by subscribing to iExplore
Join with Email
RECOMMENDED FOR YOU

To Beach or Ski? That is the Question.