Why do the Moai on Easter Island all Face Inward? 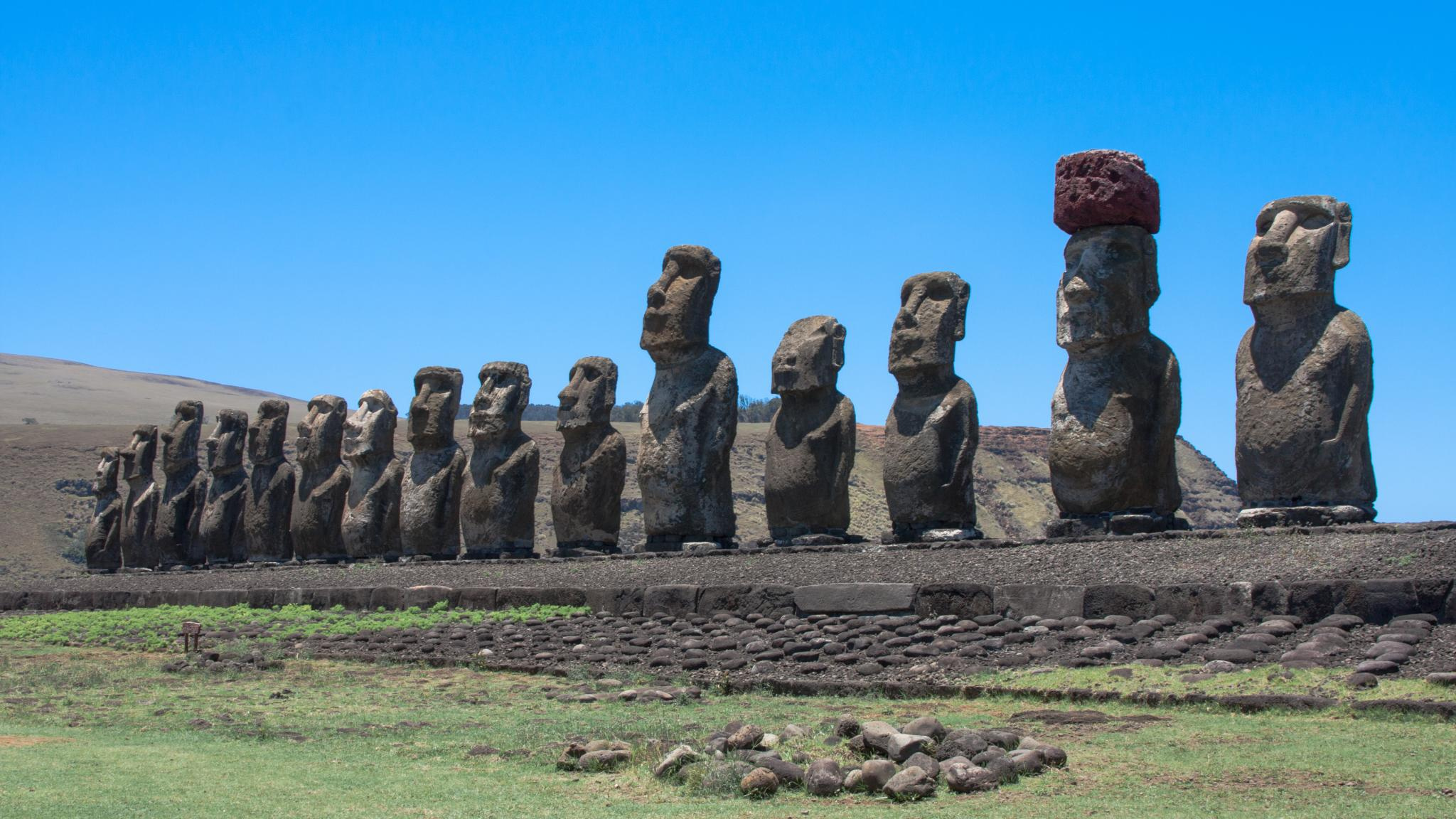 Moai on Easter Island all face inwards. Naturally, we wondered why they all faced the island instead of the ocean. The story goes that the people who built the Moai believed that they were the only people in the whole world. Any invaders or bad people that would be coming would have to come from within the island - not by sea! So the Moai face inwards to protect the community.

Oh, and the eyes do not get added until they got to their final resting spot so many broken down and fallen Moai are blind. There's also a superstition that the fallen Moai have fallen for a reason, so do not attempt to bring them back on their feet. This seemed quite reasonable until we moved on to another part of the island where, we were told, the Japanese donated a lot of money to rebuild an ahu (platform) and place the Moai upright again so the stories definitely can vary.