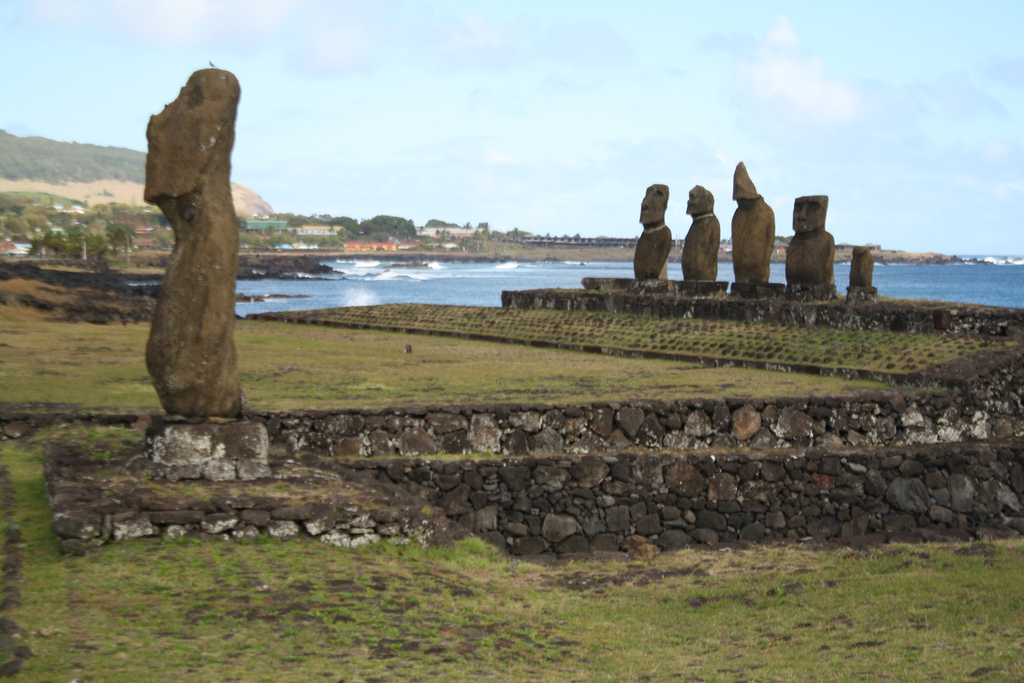 When it comes to the world’s greatest mysteries, Easter Island in the South Pacific tops the list. The massive Moai statues scatter the coastline as an ominous sign of the past in an area of the world that is considered extremely isolated. Their presence has boggled scientists for centuries and its captivated explorers from across the globe.

Rapa Nui is the indigenous name of Easter Island (off the coast of Chile), and also the name of the people that inhabit the island. A society of Polynesian origin, the island houses Rapa Nui National Park, which covers about 40 percent of the land and highlights the more than 900 Moai statues erected there. A unique cultural depiction of ancestors doing various daily tasks, the carvings are one of the best glimpses into life on the island in early centuries.

In such a remote area of the world, it’s amazing that the Rapa Nui even managed to get there. Up until 1994, there was no mechanized transportation on Easter Island for visitors or locals to get around. Horses were the standard. That's when Kevin Costner (with Hollywood in tow) arrived to film a Box Office feature called Rapa Nui. While it tanked in theaters, the film renewed global interest to the island. Today, tourists from across the world come to experience the mystery of the ruins and revive the past.

Understandably, the statues are the biggest draw on the island, but here are a few tips for making the once-in-a-lifetime trip even more amazing:

1. Don’t be afraid to explore

The stone platforms the moai are constructed on are called ahus. Ahu Tongariki is the largest on Easter Island that was toppled during the island's civil wars and swept inland by a tsunami. In the foundation below the statues, there is a huge face carved into the stone lying on its side. There is also a petroglyph of a man and another stone that has two birds etched in them. Quite incredible!

While most tourists visit the Rano Rakku quarry, where nearly all the statues were built and transported from, there is more to see than a hunk of volcanic rock. Before you leave the island, be sure to take a dip at Anakena beach (the best spot on the island!). It’s said the first inhabitants of the island made landfall here and the natural beauty of the isolate beach is inconceivable.

3. Get the most out of your trip

Experiencing the amazing culture is just as cool as walking through the statues. The locals do their best to keep their heritage alive. The Tapati Festival in February showcases some of the local heritage with an emphasis on their ancient sports and dances.