One of the best food cities on the planet, Chicago knows gourmet. But beyond fine dining and celebrity chefs, some of the best Windy City treats go back to the basics. Known for their iconic pizza, hot dogs, and Italian beef, the roots of the big three go back decades to the infiltration of immigrants bringing a little taste of back home. 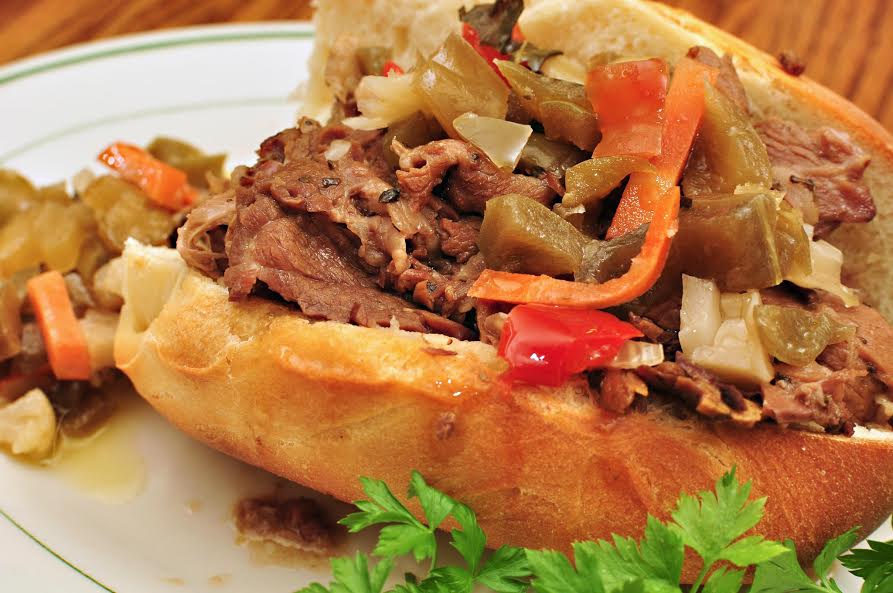 The Italian beef, for example, is said to have been born on the South Side of Chicago — in an Italian butcher shop in the 1930s. It was based off the French Dip, with thinly sliced seasoned roast beef piled high on an Italian roll and “dipped” in the juices in which the meat was cooked. It’s typically topped with Chicago-style giardiniera or sweet peppers for added flavor.

Considered the undisputed king of Italian beef, Al’s Italian Beef (several locations) has been serving them since 1938. Similar to Starbucks, this spot has its own language with regulars requesting “beef dipped in hot and sweet” for an Al’s famous sandwich. If you want it even juicier, ask for “wet” for extra gravy, or if you can’t handle the messiness, just request it “dry.” Got that?

Al’s biggest competitor is Mr. Beef on Orleans (666 N. Orleans St.), where you can order the same style sandwich, but made with a “secret recipe” of seasoned meat. This location has been around since 1980, and is the one and only. The other Mr. Beef restaurants around town are not affiliated.

And old-school Italian deli Bari Foods (1120 W. Grand Ave.) makes the cut, as well, because everything you get on your Italian beef is fresh, from the house-made giardiniera to the crusty Italian roll. The thick-cut beef is well seasoned and so big that you’ll have to save the other half for dinner. 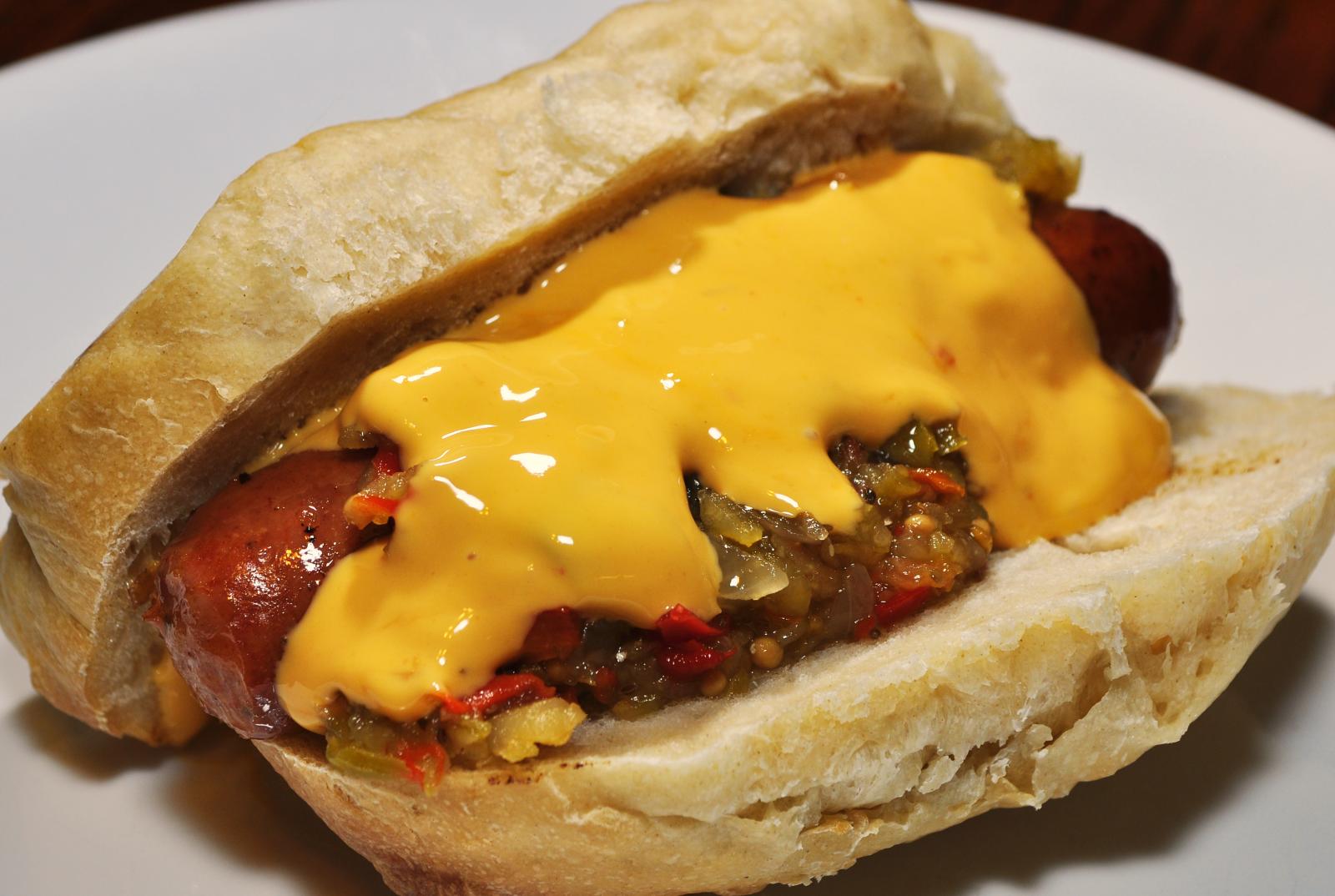 You’ll be able to find an authentic Chicago-style hot dog at any respectable stand on the street or beloved local chain Portillo’s, but a place willing to take it to the next level gets plenty of love from us. Wondering what exactly is Chicago-style? Yellow mustard, chopped white onions, sweet pickle relish, a dill pickle spear, tomato slices, pickled sport peppers and the ever-important celery salt – absolutely no ketchup, that’s a cardinal sin.

Quirky sandwich shop BIG & little’s (860 N. Orleans St.) excels with seafood and BBQ pork belly Po’Boys, so it’s no surprise that they’d master the Chicago dog, as well. A simple char-dog is topped with artisan cheddar cheese, giving it a luxury upgrade. And speaking of upgrade, instead of pairing it with plain ol’ fries, the signature foie gras fries make it a meal you’ll never forget.

What sets the Chicago-style dog at Superdawg (6363 N. Milwaukee Ave.) apart from the others? The ambiance and the food. Inspired by a classic '40's drive-in, order from your car window for a trip down memory lane. Their dogs are made from signature “secret” meat that’s surrounded by a poppy seed bun and topped with all the usual trimmings. It arrives via carhop in a specially designed box, so you know you’re getting the real deal at this iconic Chicago landmark. 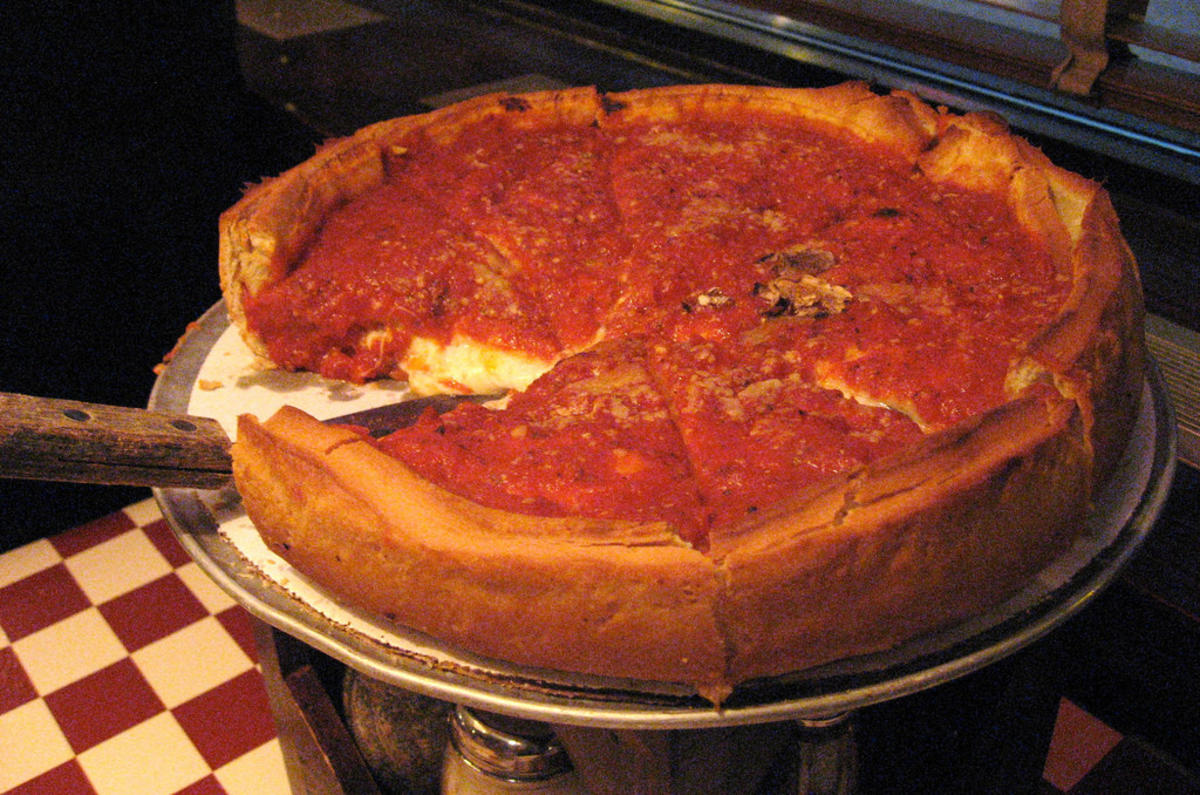 Ask any local what their favorite pizza place is and you’ll get 10 different answers. The Windy City’s obsession with deep-dish pizza has turned into a downright war that included a well-publicized feud between Chicago Mayor Rahm Emanuel and Comedy Central star Jon Stewart. Chicagoans love their deep dish and are very passionate about whether they prefer sauce heavy, or cheese heavy, but we’re also very open to other styles of pizza—as long as they’re good. And the truth? Most locals eat thin crust a lot more regularly than deep dish, which is often reserved as a treat for when visitors are in town.

Coalfire (1321 W. Grand Ave.), for example, specializes in the increasingly popular Neapolitan pie. What sets it apart from the many other parlors around town is that it’s baked in an 800-degree coal oven. The result is a slightly charred, ultra-thin crust that bubbles around the edges. Then there’s the toppings. Everything’s made in-house, from crumbled Italian fennel sausage and Calabrese salami to whipped ricotta and coal-roasted garlic cloves.

There’s so much to love about Piece (1927 W. North Ave.), from its New Haven-style pizzas and in-house brewing program to live-band karaoke. With thin crust and a choice of red, white or traditional olive oil sauce, New Haven pies are similar to Neapolitan, but served in an oblong shape. Piece reps its region well, while keeping Chicagoans simultaneously happy with their award-winning beers and “premium” toppings such as clams, mashed potatoes, and meatballs.

Now, back to that Chicago-style, deep-dish. You cannot refer to it without mentioning the Malnati family. They were responsible for introducing it to the masses with Pizzeria Uno in 1943 (the only option if you want a true touristy experience), and perfecting it with Pizano’s (several Chicagoland locations). The original location opened in 1991 on State Street in the Gold Coast, and continues to be a neighborhood favorite. Most popular is the gourmet deep dish topped with sausage, pepperoni or cheese, as well as the buttery thin crust topped with BBQ chicken. You’ll also find their namesake, Lou Malnati’s restaurants around town, still a family business.