One hundred and fifty years ago, four of Canada's major provinces — Ontario and Quebec, and Nova Scotia and New Brunswick — merged together to become one. Now grown in size to include 10 provinces and three territories, Canada is the world's second largest country with more than 35 million people calling it home. July 1st, then, is more than just Canada's 150th birthday; it celebrates the natural beauty and rich history of a country truly unlike any other in the world. It's safe to say that no matter the season, no matter the place, and no matter your travel style, you're sure to find a place that'll make you say, "Oh, Canada" in 2017. Here are just a few of our favorite ways to celebrate #Canada150: 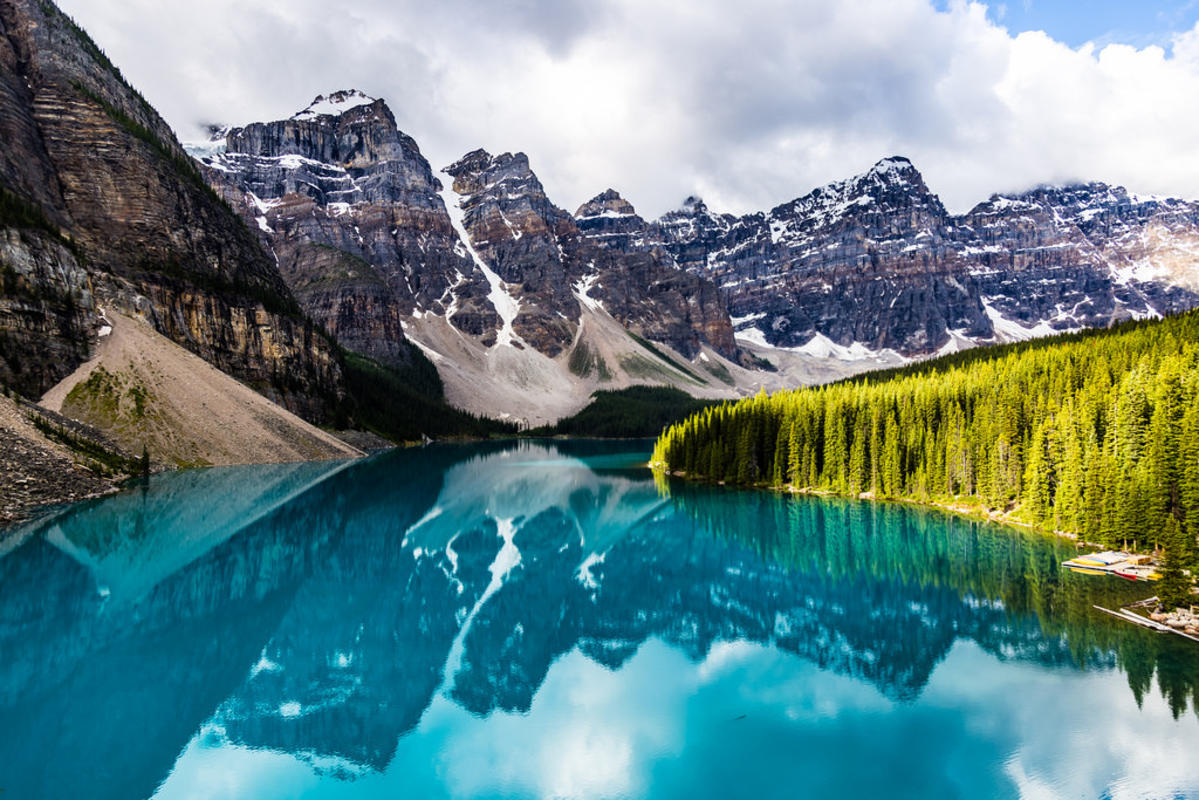 It is no secret that Canada boasts some of the best landscapes in North America. With towering mountains, untouched glaciers, secluded alpine lakes, and meadows covered in wildflowers, the raw beauty of this region is hard to ignore. What better way to soak in the Canadian Rockies this year than at Canada's first national park? While kayaking Moraine Lake inside Banff National Park, you'll see contrasts of vibrant blues and luscious greens of the rough, rocky mountain landscape reflected in water so clear you'll feel like you're kayaking on air. It's worth mentioning visitors can enjoy free entry to all of Canada's national parks not just on the first of July but for the rest of 2017 as well, so lace up your hiking boots and get exploring! 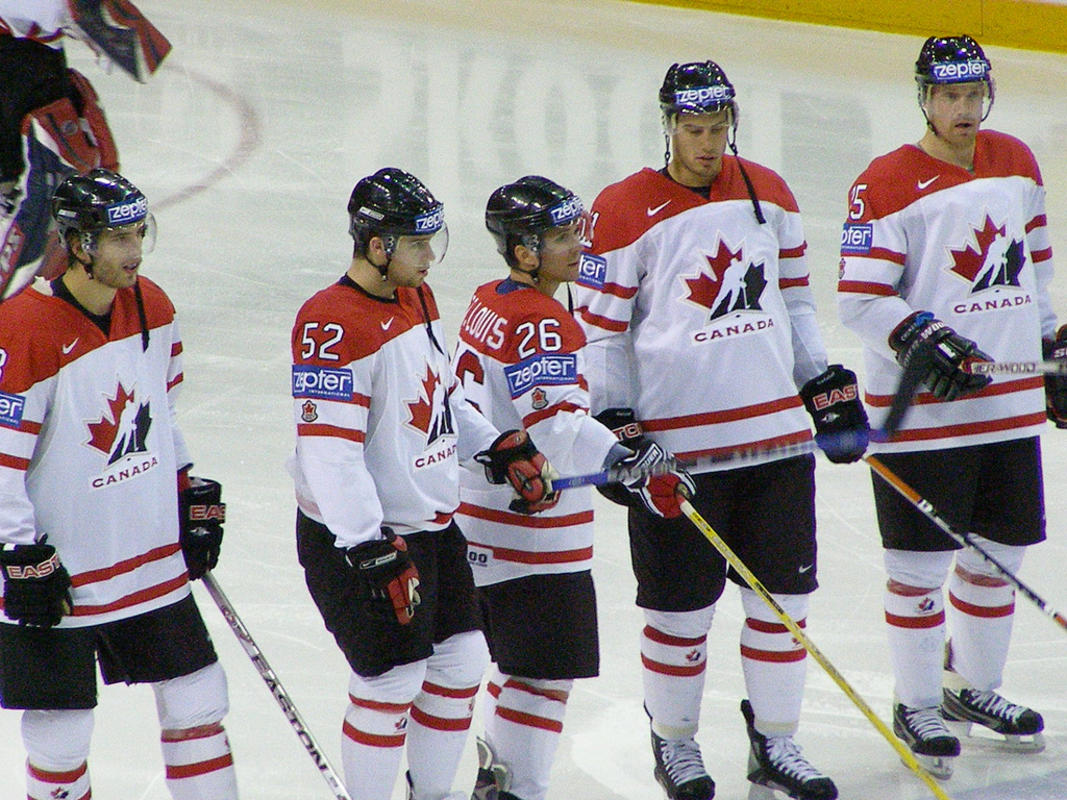 Hockey is more than just a sport to Canadians, it’s a religion. Hockey is considered Canada's national — and most beloved — pastime, and it's celebrated through national and regional events, tournaments and festivals in every nook and cranny of the country. Fittingly, 2017 isn't just a big year for the country of Canada; it actually marks the centennial for the National Hockey League as well. You can play homage to the sport by brushing up on your hockey history at the Hockey Hall of Fame in Toronto. There, you'll see the original cup and induction book while reliving the glory of hockey stardom. Ice hockey season official begins in October and runs through June; however, if you can't visit during the official season, we have a feeling you won't have to look far to spot a pick-up team in the local neighborhoods wherever you go either. 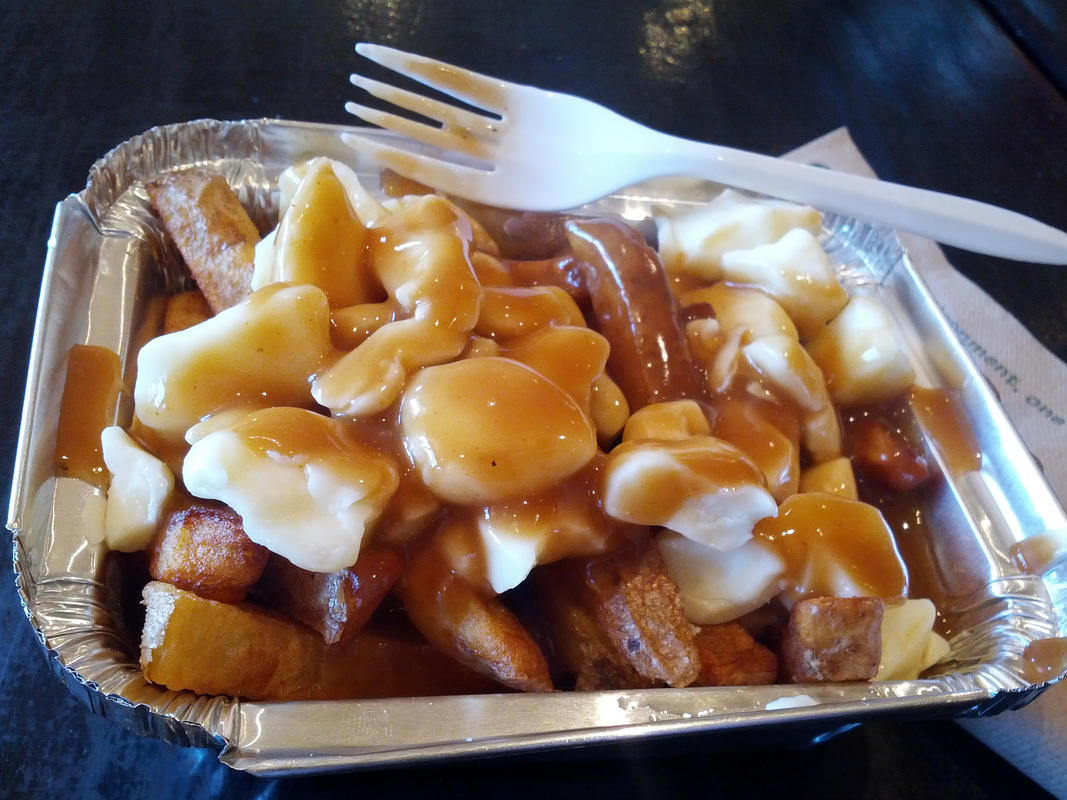 Nothing makes you want to say “O, Canada” more than heaps of golden fried french fries and cheese curds smothered in gravy. Delicious poutine is a traditional Canadian dish, originating in the 1950s from Quebec, that has spawned a dedicated and large following. An infinite amount of variations exist in the world of poutineries with toppings such as sausage, chicken, bacon, and Montreal-style smoked meat, but the classic, simple, and delightfully salty version with brown gravy is still one of the most popular and easy to find styles.

Some of the best places to give this stuff a try include: 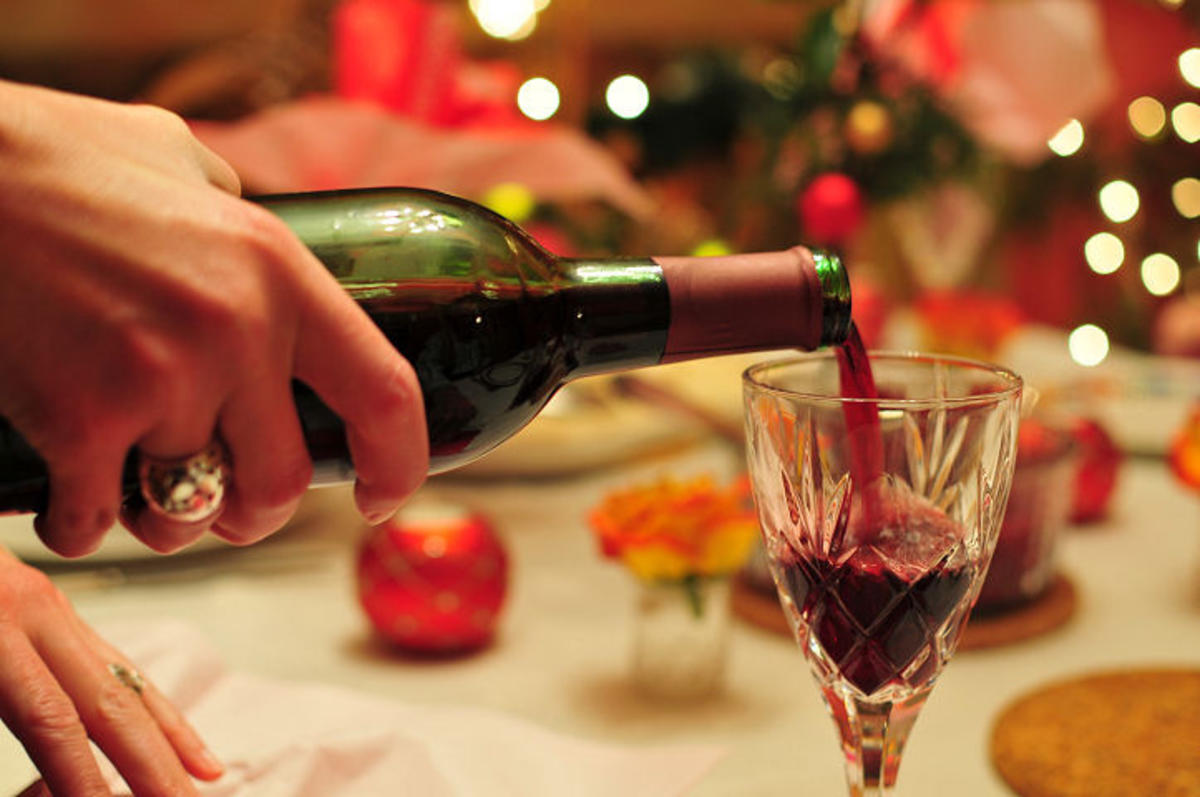 Icewine is a signature Ontario treasure. Picked from frozen vines in the wintertime, the grapes used for this wine create an exquisitely bold flavor and give off an abundant aroma. These unique wines are known to be especially sweet, while still boasting a strong acidity to make them balanced and perfect for any occasion. With a perfect climate for growing the vines necessary to create these complex, savory wines, it is no wonder Ontario is the largest grape growing region in the Great White North. You can experience Ontario’s trademark wine by visiting one of their 150 wineries (a fitting number for Canada's 150th anniversary, eh?). 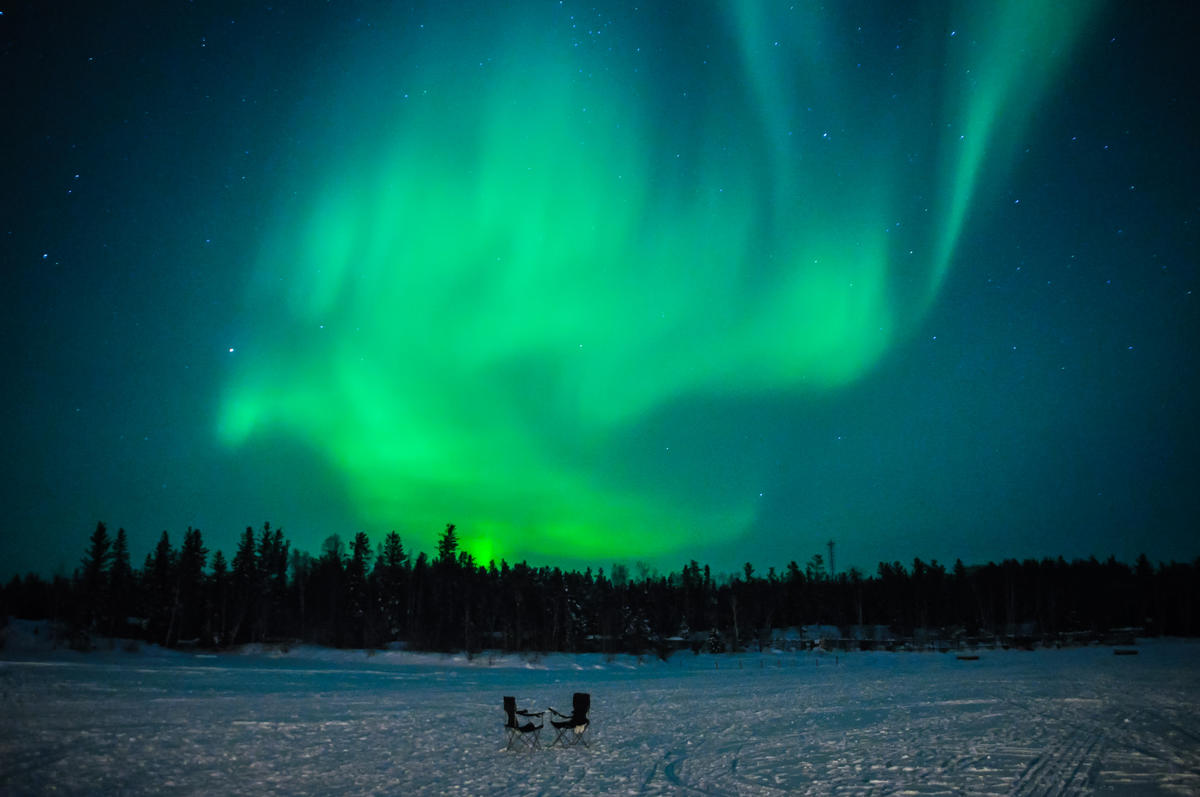 The shimmering yellows, greens, and purples that sweep and swirl across northern Canada's night skies every winter are considered one of the seven Natural Wonders of the World. Sit back, relax and enjoy the show of the magnificent views of colors dancing above you in the flat, relatively cloudless region known as Yellowknife with a thermos of Canada's finest half and half (half hot chocolate, half coffee) from Tim Horton's. Yellowknife, or the Aurora Capital of the World, is a particular favorite among locals and visitors for its position underneath the Aurora Oval that encircles the North Pole. If you'd prefer something a little more adventurous, journey to the country's youngest national park far in the Torngat Mountains for polar bear watching and epic overnight camping. 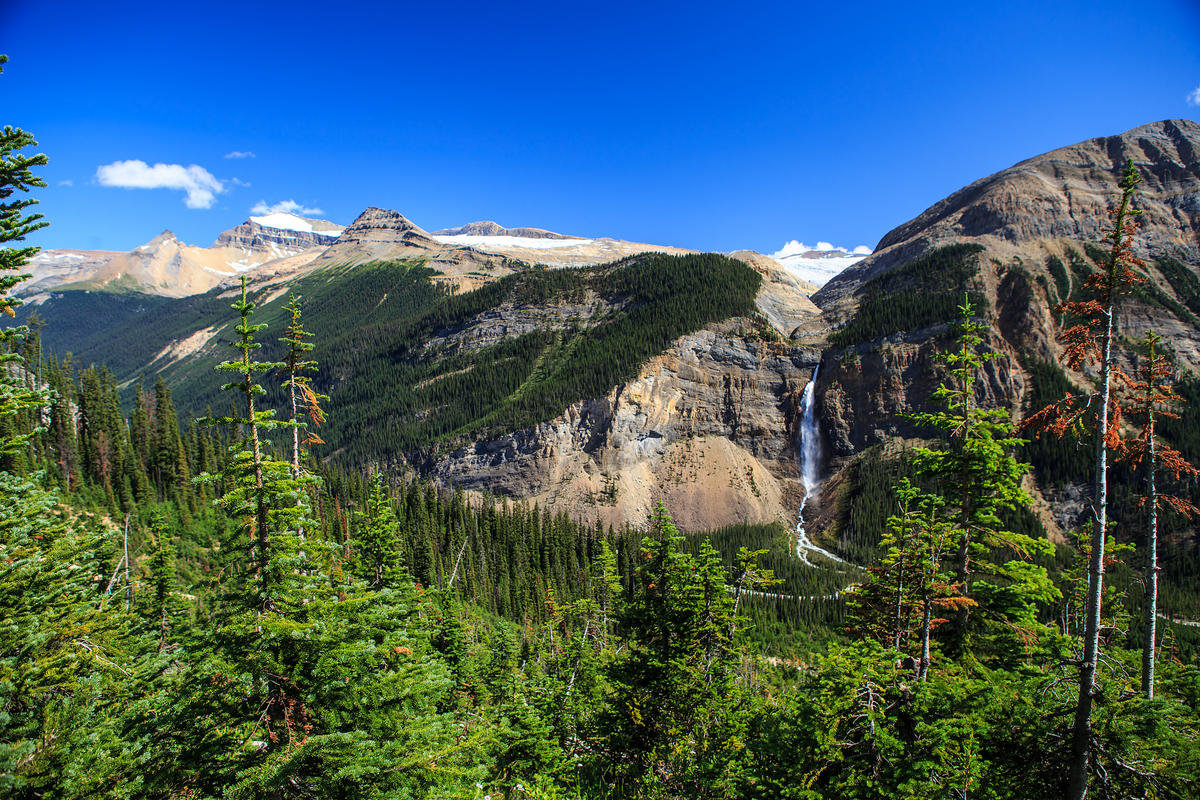 If you know where to look, Canada is full of hidden treasures. Lucky for you, we know exactly where to look — and how to get to them. New Brunswick is known for its disappearing rocks and record-setting tides, while the mineral spas of Saskatchewan have a cult following unlike any other in the world. Farther west, you'll find one of the world's most incredible parks at Yoho National Park near Calgary and Canada's favorite winter and summer hangout in Whistler, a skiing capital during the winter months and one of the area's most popular swimming and beach hangouts at Alta Lake during the summer. 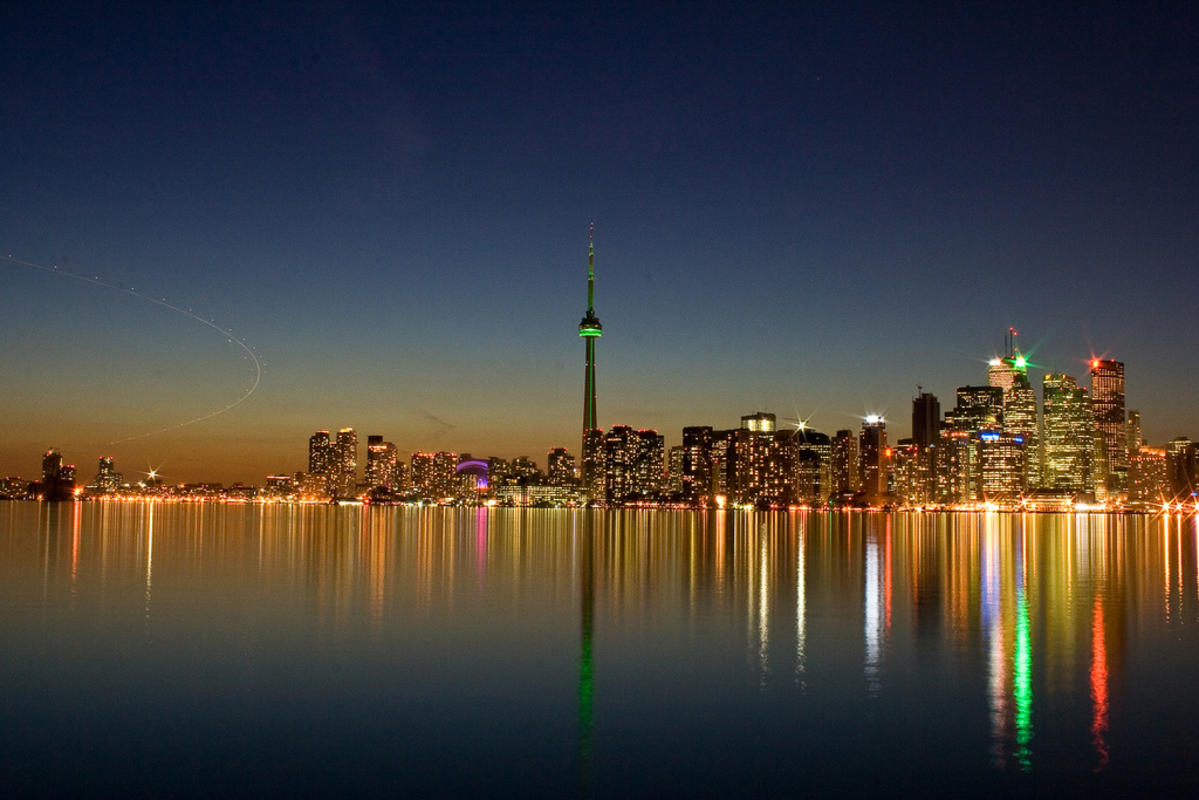 7. Take in the culture

Canada's cities are cultural pockets rich with diversity and brimming with opportunities for foodies, art lovers, and even outdoor explorers. Travel experts rave about Quebec City and its 400-year-old streets, claiming it's the European capital of North America, ideal for travelers who are craving a European adventure at half the price tag. Meanwhile, you can spend one minute traveling the globe without leaving Toronto thanks to its plethora of international neighborhoods and spend the next leaning back from high above the CN Tower for an adrenaline-pumping view of the city. Sports enthusiasts will find a home away from home in the folds of Vancouver, while nature lovers will find a sweet escape in the natural beauty of Victoria. Both the experiences and the people will leave you wanting more — and always giving you another reason to visit again.

Life is a journey. Enjoy the ride.

www.khamsahmarketing.com
Join 100k like-minded travelers by subscribing to iExplore
Join with Email
RECOMMENDED FOR YOU