The Freedom Trail: A Historical Walking Tour of the Oldest State 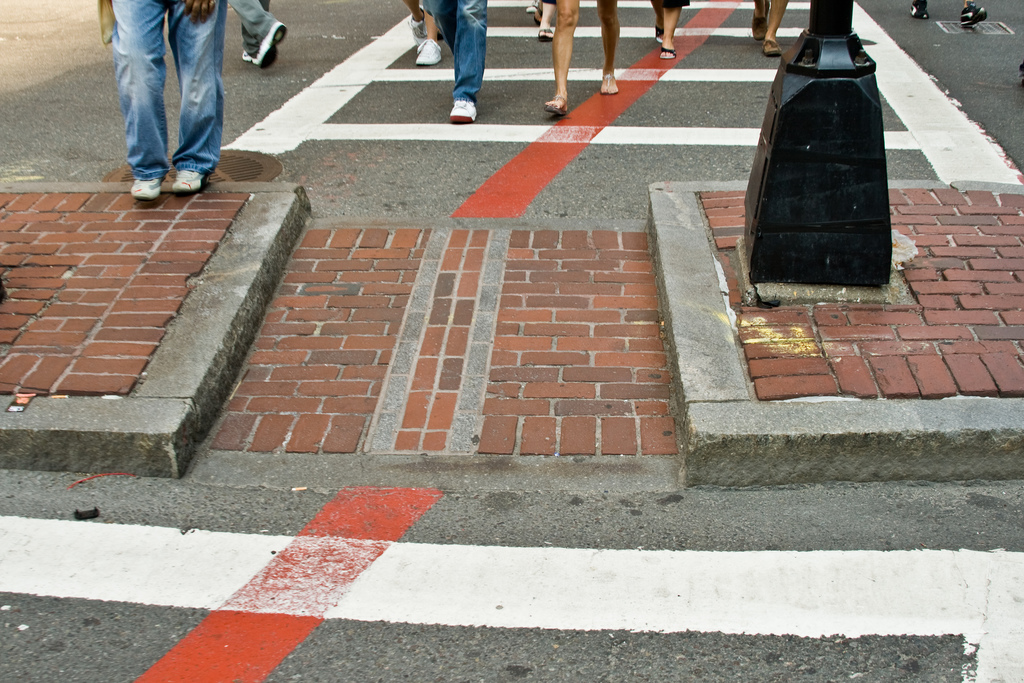 Boston – it’s the capital of the United States’ oldest state, obsessed with baseball, home to diverse immigrant neighborhoods proudly flying foreign flags, and an iconic American city with a cozy hometown feel. Full of attractions for visitors, its no secret that Boston’s greatest draw is its history. And the easiest way to see it all? Just follow the Freedom Trail!

A tour of all the top historical sites, The Freedom Trail is marked with a red paint line and red bricks (not quite a yellow brick road, but close!) that takes visitors on a self-guided walking tour through the heart of Boston. Centered around the time of the American Revolution – think Paul Revere and Samuel Adams– as the trail winds its way through downtown it also brings tourists by sites of more recent historical significance, all while cutting through bustling, contemporary Boston.

The entire trail covers two and a half miles and sixteen stops, which can make for quite a long day, so here are some of our not-to-miss highlights: 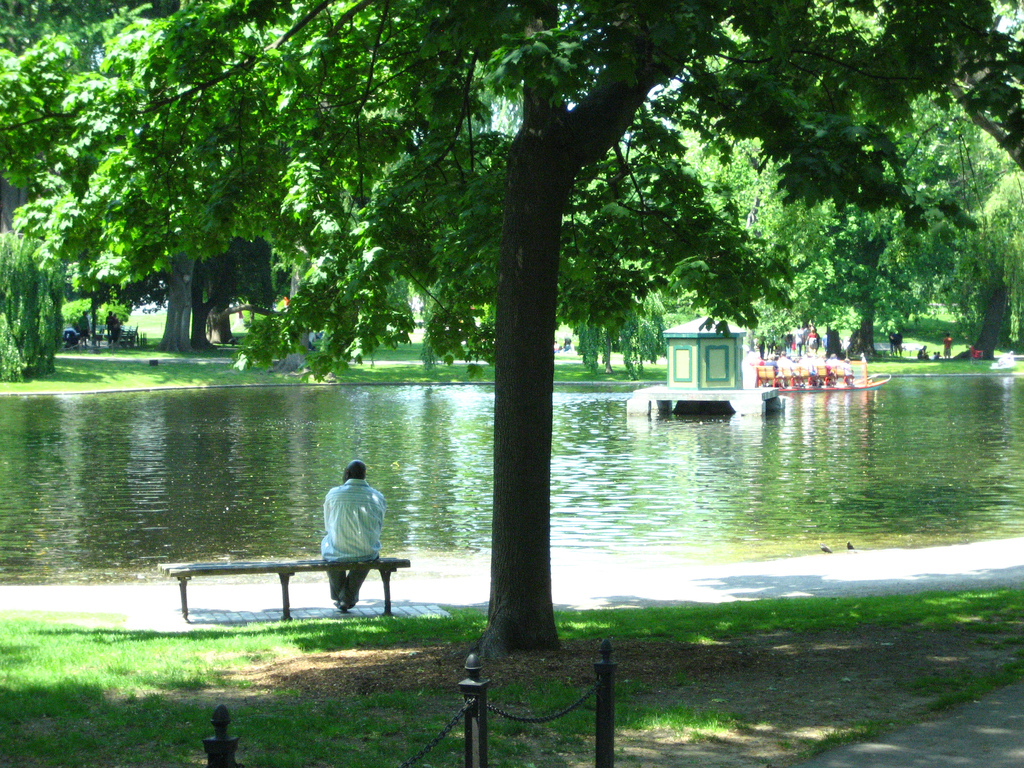 Start off your day at America’s oldest public park: the Boston Common, established in 1634. This is where witches and pirates were punished in the 17th century, where the British Redcoats camped out during the American Revolution, and a peaceful spot for locals and visitors to camp out today. Grab a coffee and bagel at one of the many cafés along the edge of the park to get energized for your walk through time. 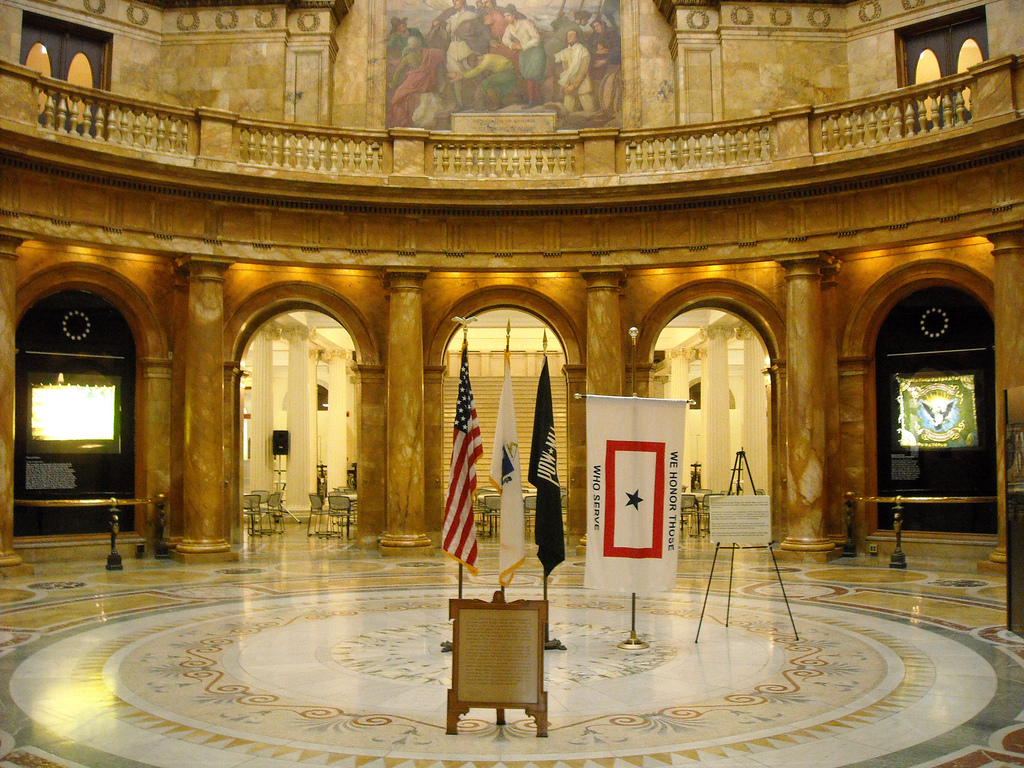 Beautiful and imposing, the State House was built on July 4, 1795 by Samuel Adams and Paul Revere. It’s one of the oldest buildings on Beacon Hill, concealed from enemies during World War II with a thick coat of gray paint! If you call ahead, it’s possible to get a free tour of the interior (weekdays from 10 am to 3:30 pm, 617-727-3676). 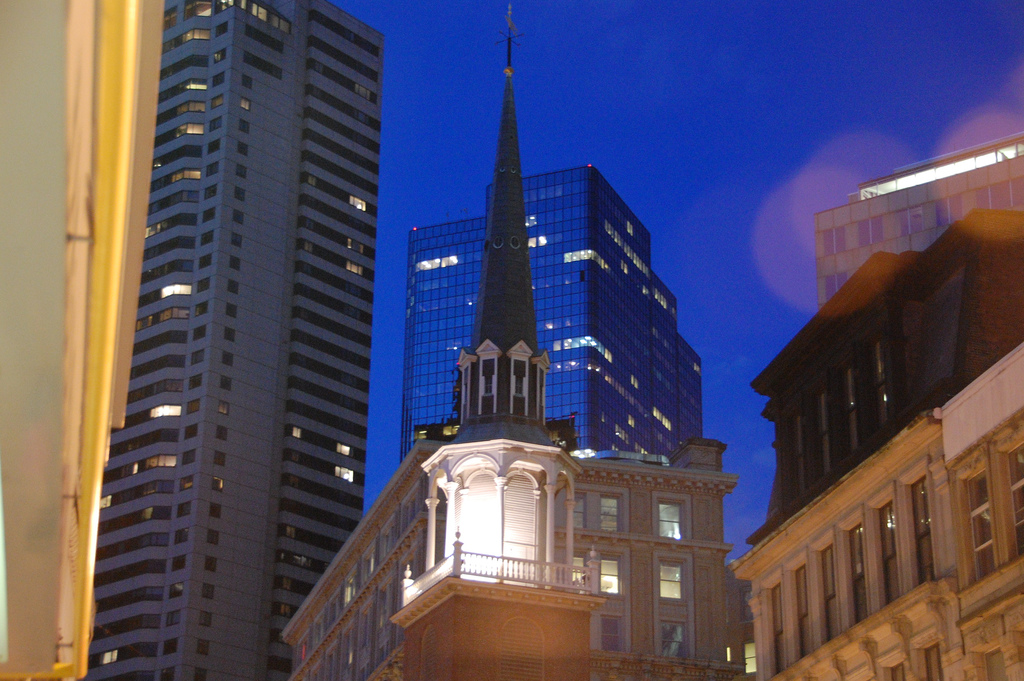 Constructed in 1729 as a Puritan meeting place, the Old South Meeting House has been the staging point for many important events throughout American history, perhaps most significant being the rally before the Boston Tea Party. This was when Americans voiced their unwillingness to pay taxes to the British, ending in the destruction of hundreds of crates of tea. 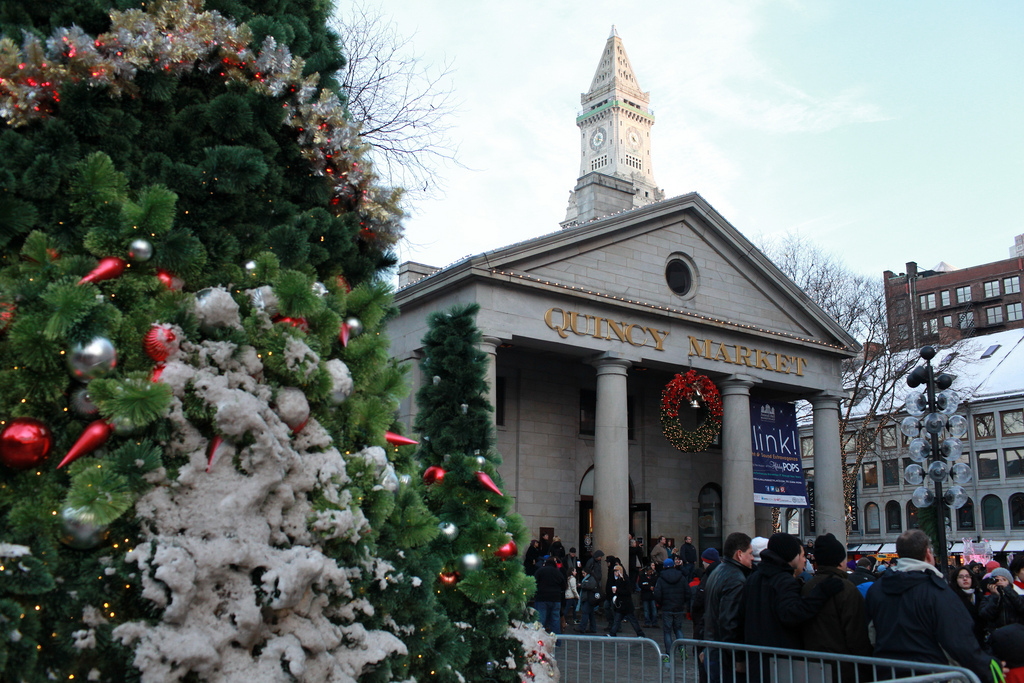 Located next door, Quincy Market is full of restaurants and shops, a great place to stop for a quick and inexpensive bite. Try the clam “chowda,” lobster rolls or both for a real taste of Boston. If you’re a Cheers fan you might also want to peek at the bar downstairs, a replica from the TV show (you can find the original at 84 Beacon Street). 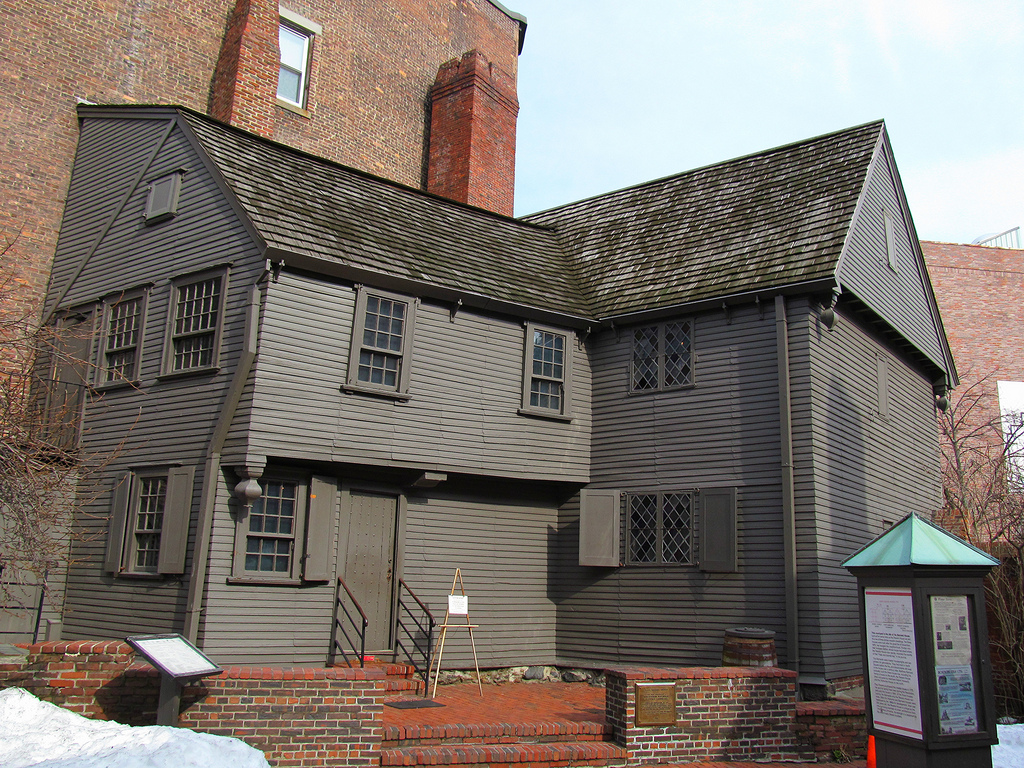 Paul Revere’s House was built at the end of the 17th century, and still stands today as an intimate look into the life of the famous patriot. The house also happens to be in Boston’s North End, America’s oldest residential community, which dates back to the 1630s. The area was settled by a huge wave of Irish immigrants in the mid-1800s and welcomed Italian families at the turn of the century.

Today, Italian Americans still account for a third of the North End’s population, which means you’ll find plenty of pizza, pasta and great bakeries. Even if you’ve already eaten, you should still pop in to pick up some cannolis for dessert! 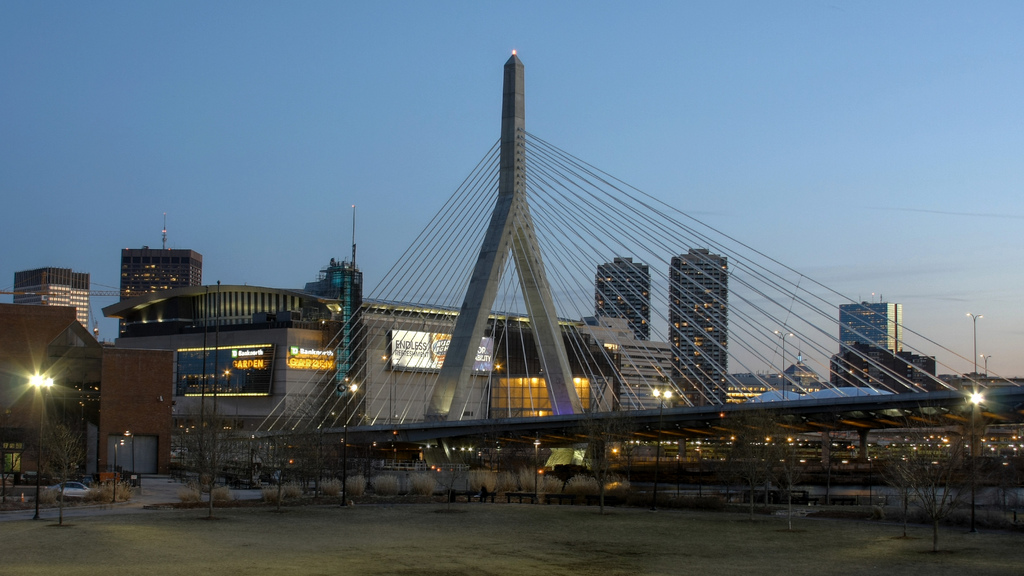 Bunker Hill is a bit of a detour from the Freedom Trail, so if you’re tired you can skip it and head straight for the U.S.S. Constitution, but we promise it’ll be worth the extra effort! The green hill is peaceful now, but on June 17, 1775 it was the site of the first major battle of the American Revolution. Take a walk around and you’ll feel history all around you! 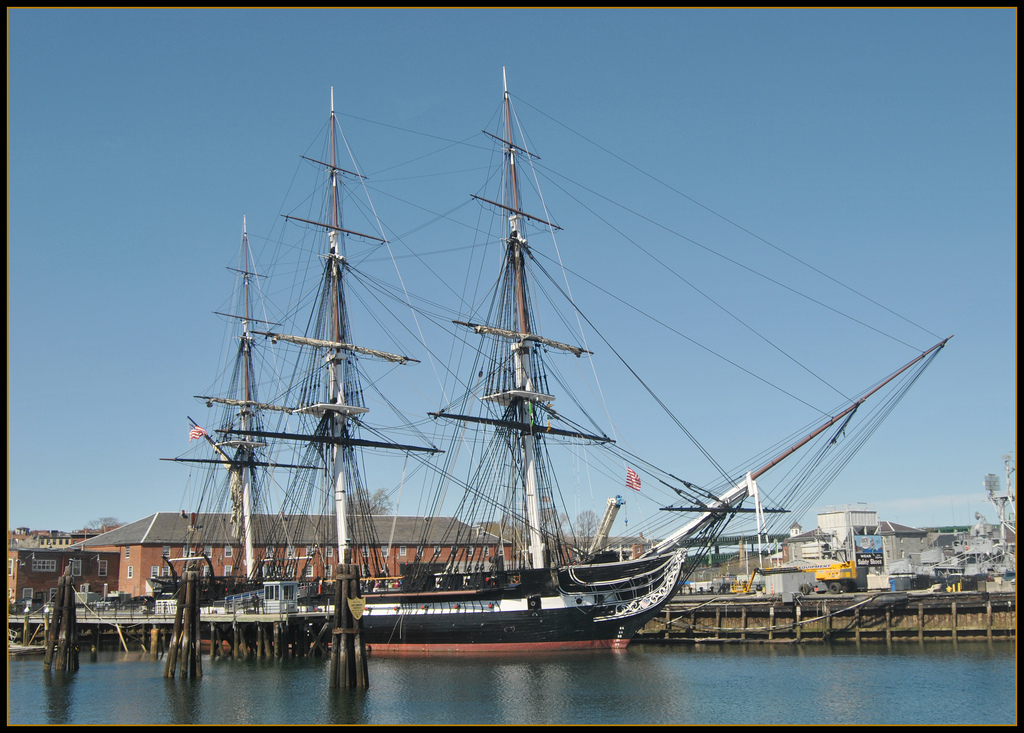 The USS Constitution was first christened in 1797, and today is still a commissioned U.S. navy warship, although these days it only goes out into the Boston Harbor on special occasions like the Fourth of July. Visit the USS Constitution Museum near the boat to learn more about Boston’s history through many interactive exhibits that are especially fun for kids. When you’re done, wander around the harbor and take in the breathtaking waterfront views.

Tour DC Like a Local: A Neighborhood Guide to Georgetown

Food in Boston - Good Eats with a Side of Attitude

Ruidoso Is an Under-the-Radar Adventure Playground