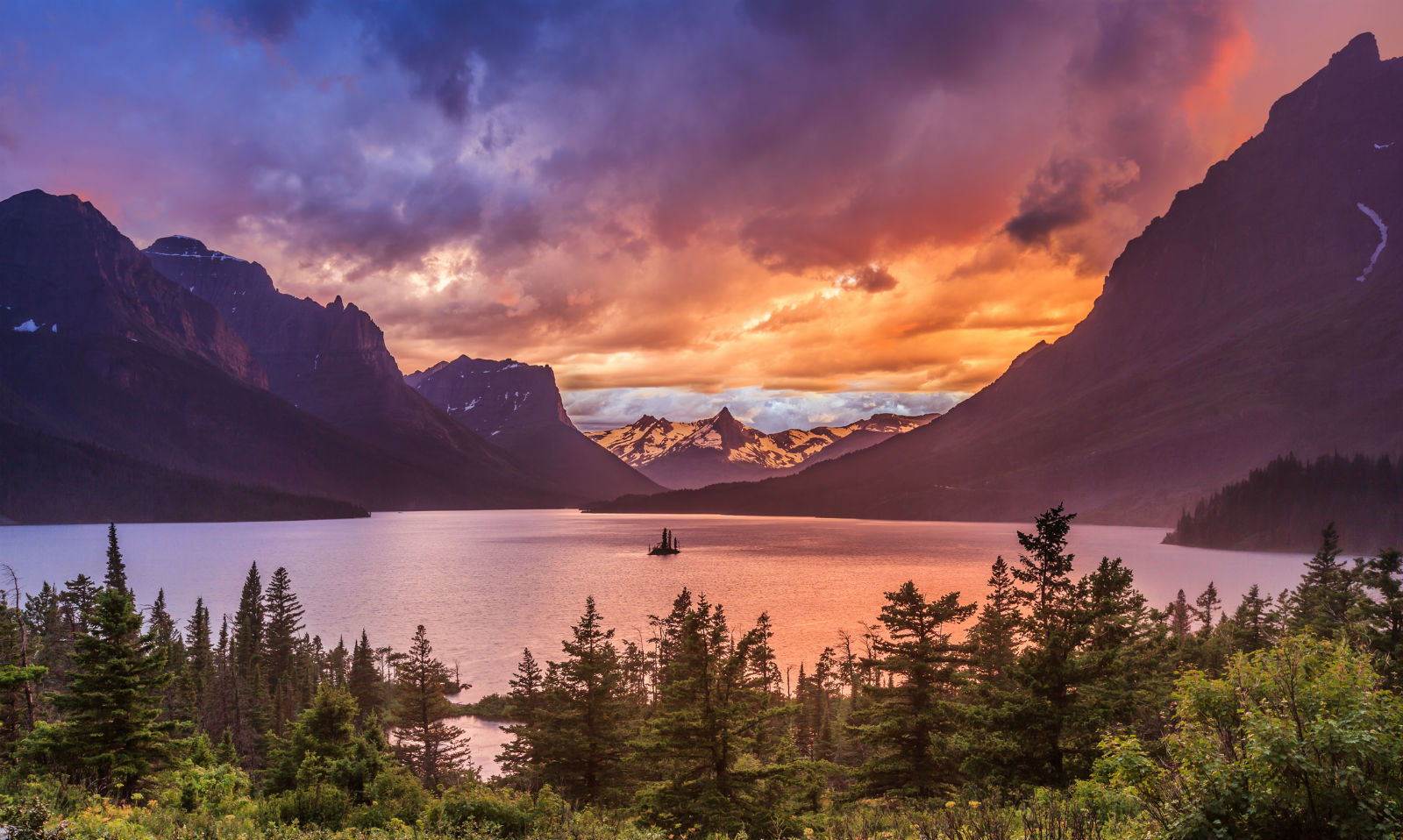 One step into Montana and you’ll realize instantly why it's called Big Sky Country. The vistas expansive, the mountains vast and wild and the people as rugged and free as the land. This is a place to get away from the trappings of civilization and escape into America’s last true wilderness to test your mettle against Mother Nature.

The big attractions in Montana are nearly all natural. Glacier National Park makes a good case for the most sublime national park in the entire country, while just south is one of America’s largest swathes of wilderness. Outdoor recreation is at its best in Montana, from winter skiing to backpacking and fly fishing in summer. Throughout all of this beauty is a thread of Wild West frontier life.

Of course, Montana has people too, and the towns where they live. You can find all the comfort you need between forays into the mountains in cool friendly towns like Missoula, Whitefish and Bozeman. Most restaurants, hotels and stores are modest and humble. The food is filling and cheap, but don’t expect many options for gourmet dinners except in the biggest cities. One thing you can count on everywhere in Montana is hearty hospitality.

Montana is a large state, so to really see and do anything noteworthy you'll need time and a car. It’s easy to base yourself in a single town like Whitefish or Missoula and spend days exploring the outdoors. But there are also fascinating sites in the eastern prairies like the legendary Battle of Little Bighorn where General Custer made his last stand against the Indians.

Without four wheels, you’ll be hard-pressed to do anything more exciting than explore the main street on foot. Montana is remote and rugged, and this state of existence applies to its transportation system as well. Your rental car will prove invaluable once you get back from a day drive down the Going-to-the-Sun scenic byway through Glacier National Park.