The 7 Natural Wonders of Australia

Australia is a continent unto itself, so it’s no surprise that the Land Down Under’s natural highlights are manifold. Read on to find out about some of nature’s finest work where you’re free to bushwalk, swim, interact with the wildlife and create your own adventure among Australia’s natural, rugged beauty. 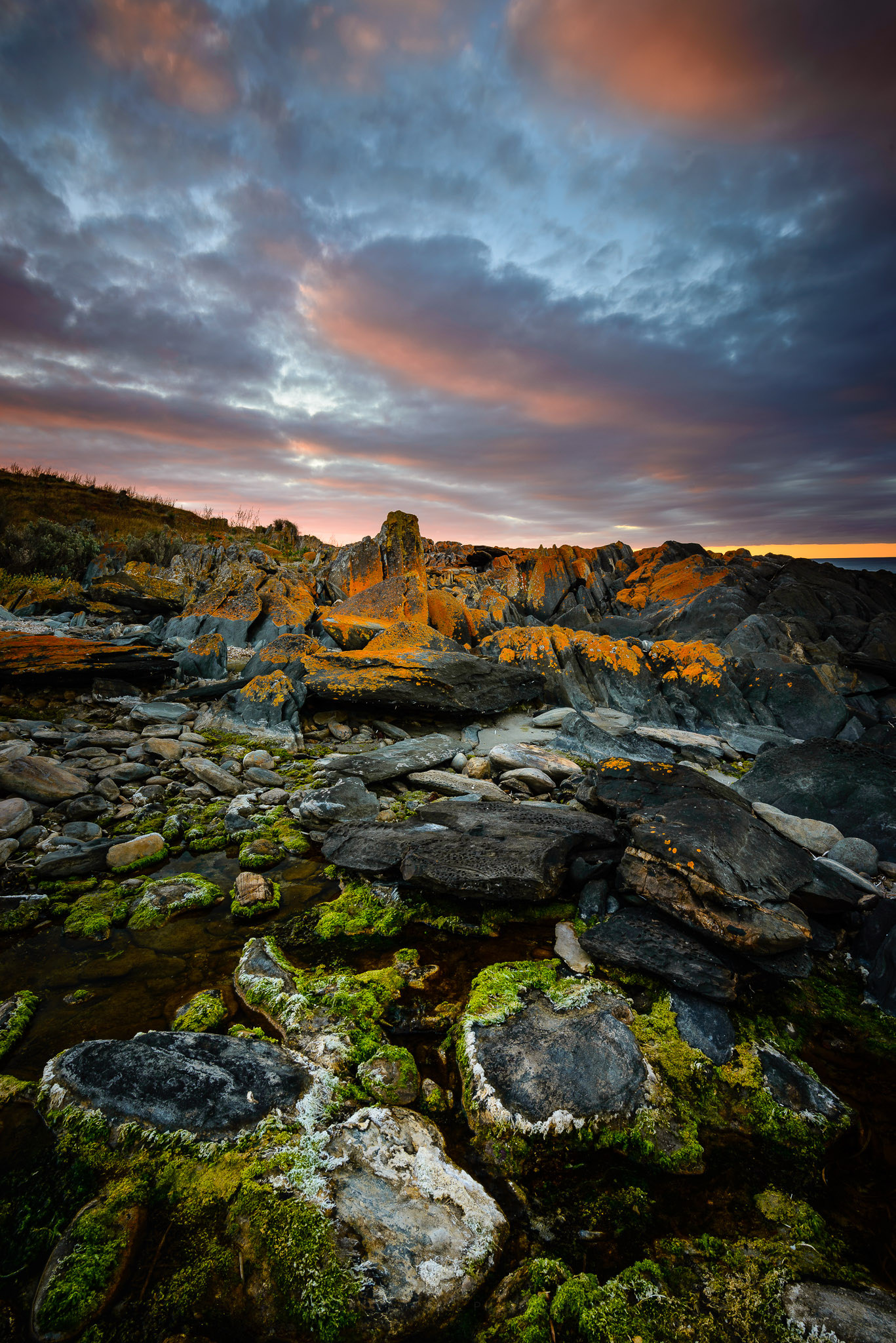 Pink pelicans wheel through the sky, sea lions slumber on the sand of Seal Bay and koalas move in slow motion through the trees in the ecological haven of Kangaroo Island. It’s also a veritable cornucopia where you can load up on fresh food-from Ligurian honey to free range chickens and eggs-and wine produced by 30 growers from Cape Willoughby to Kingscote. Take a scenic drive to the underground caves of Kelly Hill Conservation Park or scamper up a granite spine to see the sculpted Remarkable Rocks in Flinders Chase National Park. 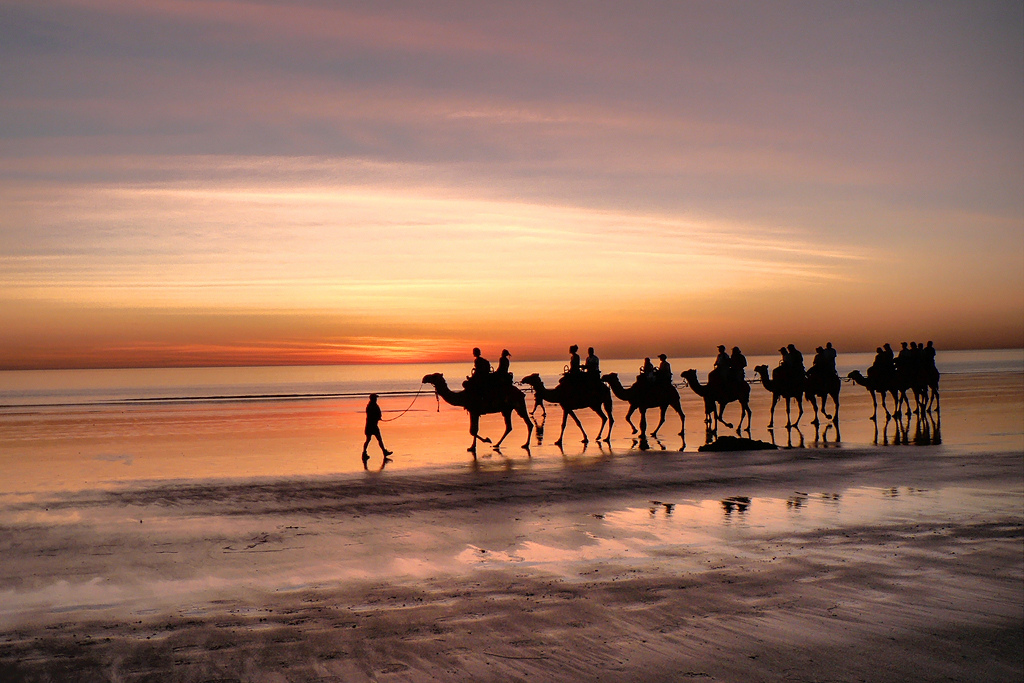 Located in the extreme north of Western Australia, the Kimberley area was named after the diamond fields of South Africa, due to its similar landscape. Call it power of suggestion, but fully a third of the world’s diamonds are now mined there. The Kimberley was one of the first areas settled in Australia, but population is still sparse and because of the region’s beauty, tourism forms a big part of the local economy. You can ride a camel at sunset down Broome’s Cable Beach or soar over the towers of the Bungle Bungle Mountain Range. Cruise huge Lake Argyle or travel to the Buccaneer Archipelago to see tides taller than a building in. Take a Jeep tour on the Gibb River Road, or follow the red-dirt track from Broome to the remote Dampier Peninsula. Welcome to the Kimberley - a world of vast horizons, ancient gorges, strange rock formations, welcoming rock pool oases and golden beaches. A land of rugged beauty, the Kimberley is Australia’s last frontier. 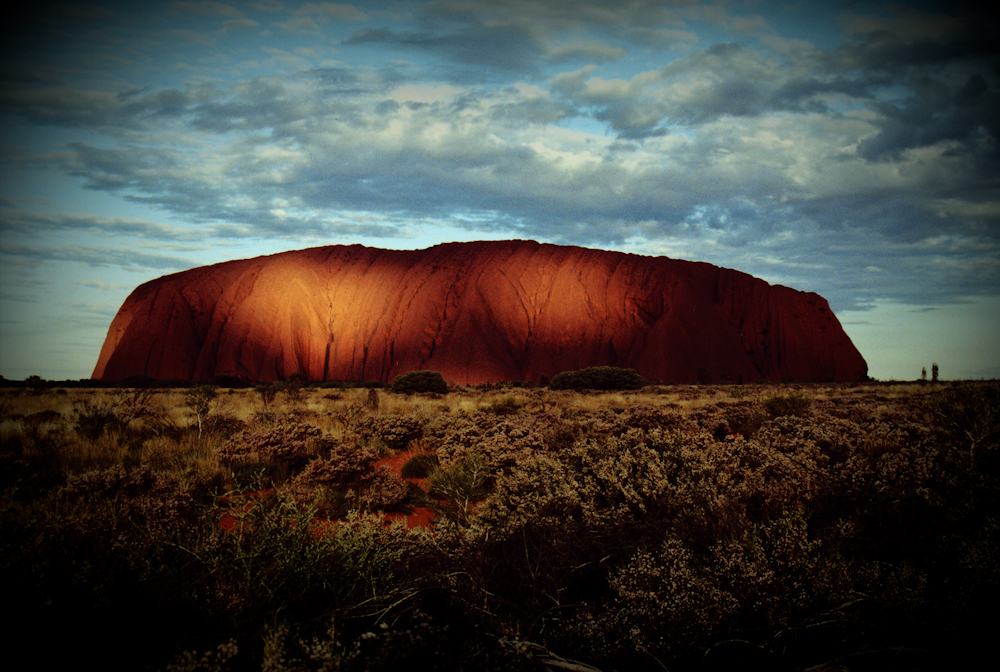 You probably know about the red monolith in Australia’s Red Centre. Some call it Ayers Rock; the Aborigines call it Uluru. If you so desire, you can experience Uluru and many other sacred and breathtaking sites here in Australia’s vast centre through Aboriginal eyes. Uluru’s cousin Kata Tjuta is just 40 kilometers away and you’ll find the awe-inspiring Kings Canyon not far from Alice Springs. This barren-looking landscape has green vegetation and lush watering holes, as well as dusty red roads and huge slabs of rock popping up here and there on the flat plain. But what you can’t understand until you get here is the magic, silence and splendid isolation of Australia’s Red Centre. 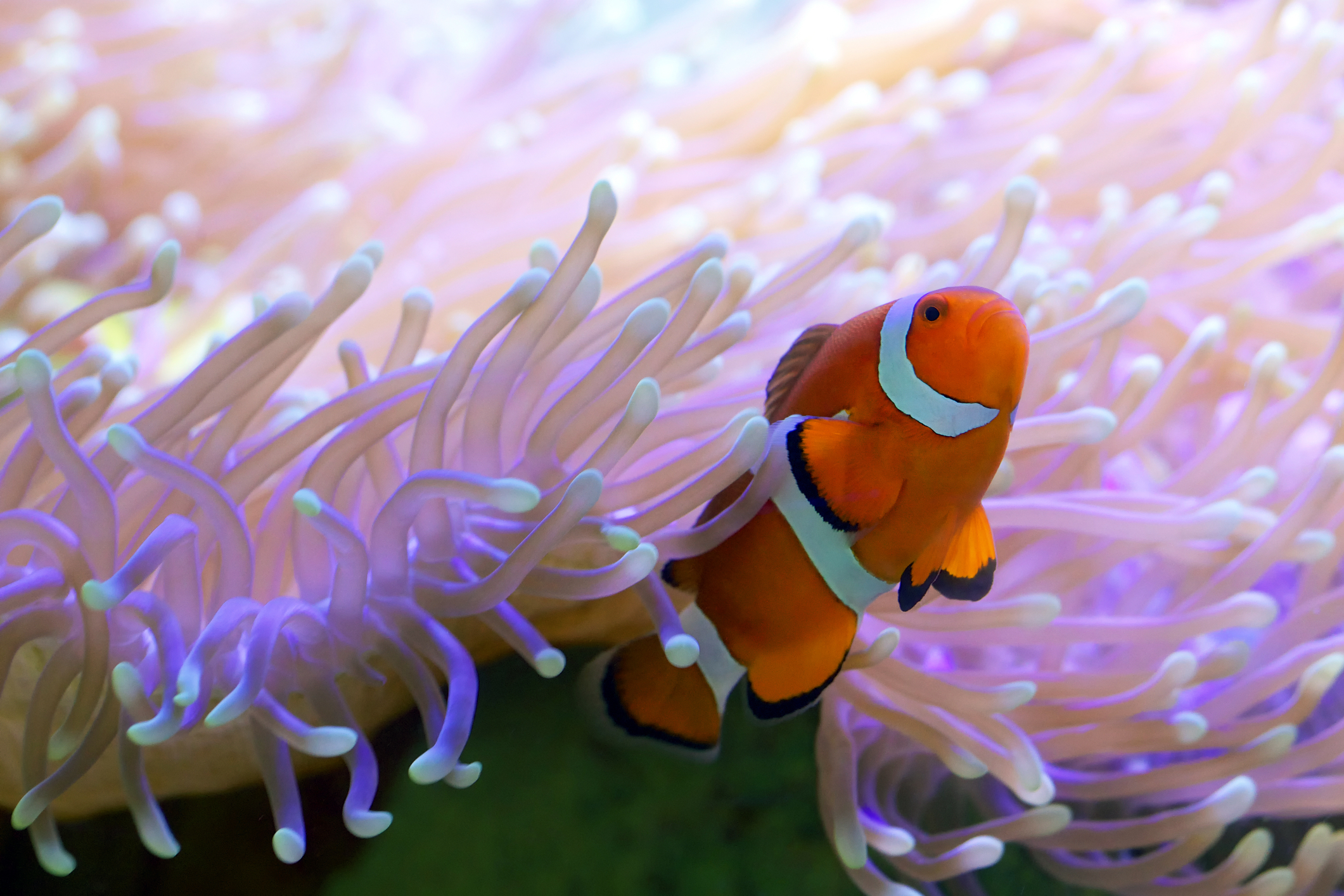 Swim, snorkel, dive or sail the Great Barrier Reef, a living work of art so big that it can be seen from outer space. The reef stretches more than 2,000 kilometers along the Queensland coast, from Port Douglas to Bundaberg. Hop between the pristine, palm-fringed islands on top of the reef, or explore the multi-hued coral islands and kaleidoscope of marine life below. 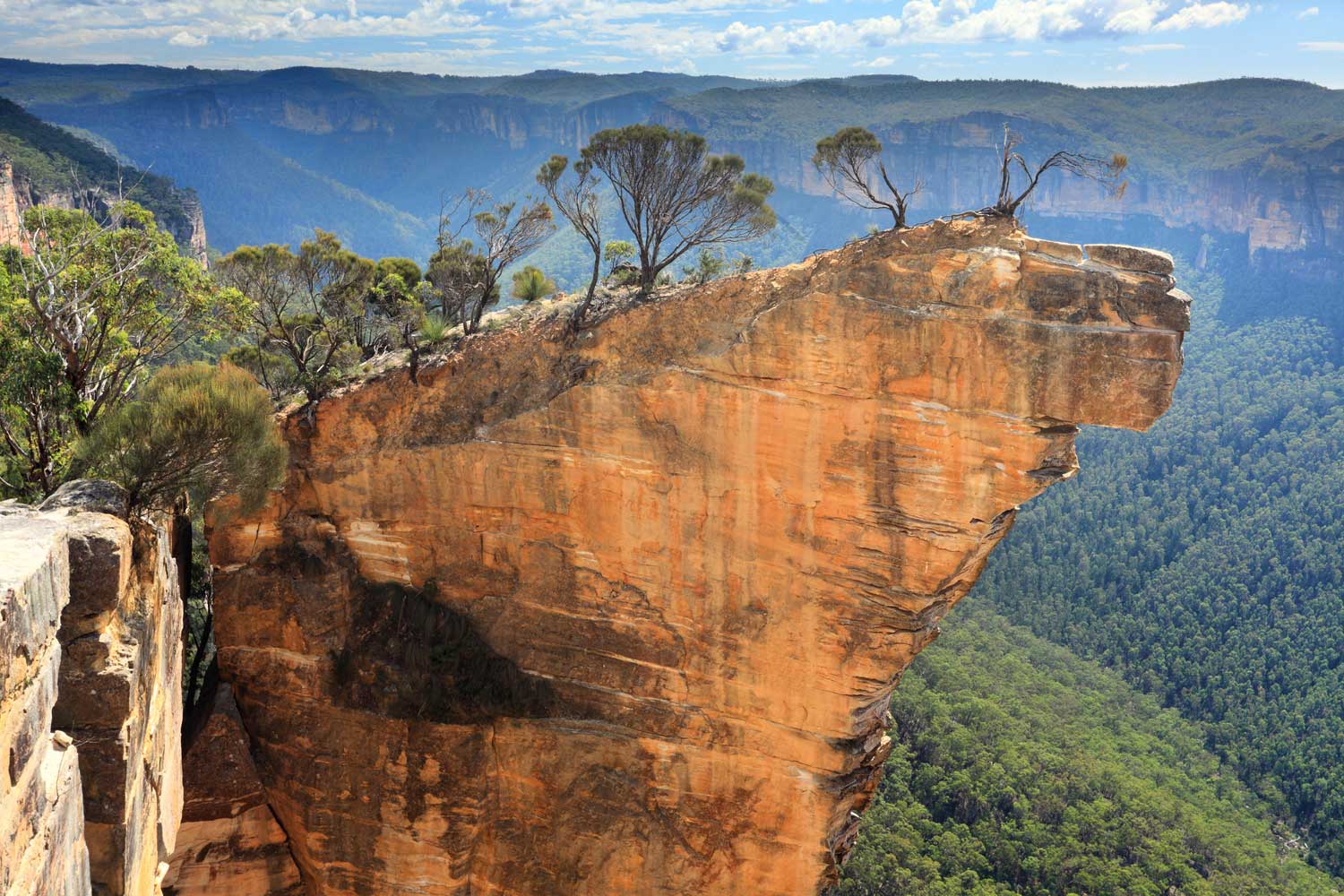 Find the blue-hazed beauty of the Blue Mountains World Heritage Area right outside of Sydney-over one million hectares of tall forests, sandstone cliffs, canyons, waterfalls and bushland. The Blue Mountains contain no fewer than 91 species of eucalyptus, as well as many endangered plants, animals and birds. The mountains rise to rocky spires and tumble into nearly impenetrable verdure. Take in truly breathtaking panoramas on a bushwalk, mountain bike, or by rock climbing, canyoning or abseiling. Marvel at natural attractions like Wentworth Falls and the Three Sisters - a trio of rocky pinnacles named after an Aboriginal legend. Explore the underground rivers and chambers of Jenolan Caves, then walk the historic Six Foot Track to Katoomba. 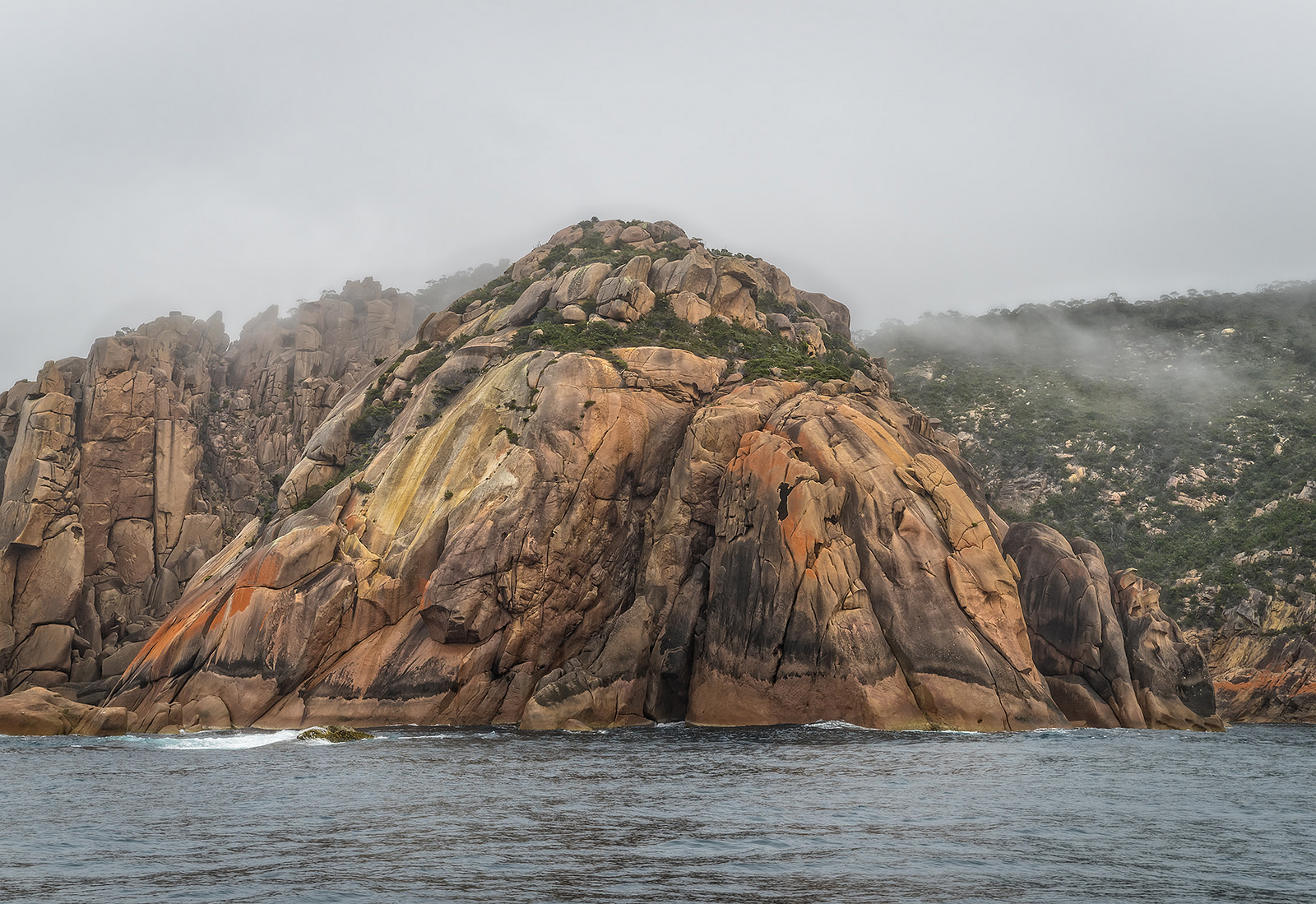 Fully twenty percent of Tasmania consists of protected areas, including 17 national parks and World Heritage-listed wilderness. And it’s a big island. What can you do there? Glad you asked. Climb over the Hazard Ranges and catch your breath at postcard-perfect Wineglass Bay in Freycinet National Park, trek the Overland Track in Cradle-Mountain-Lake St Clair National Park. Bushwalk through Gondwanan rainforest and discover the 18th century French garden of Recherche Bay in South West National Park. Take in Russell Falls, towering swamp gum trees and the ski fields of Mount Field National Park. There are as many ways to enjoy the Tasmanian wilderness as there are people willing to experience it. 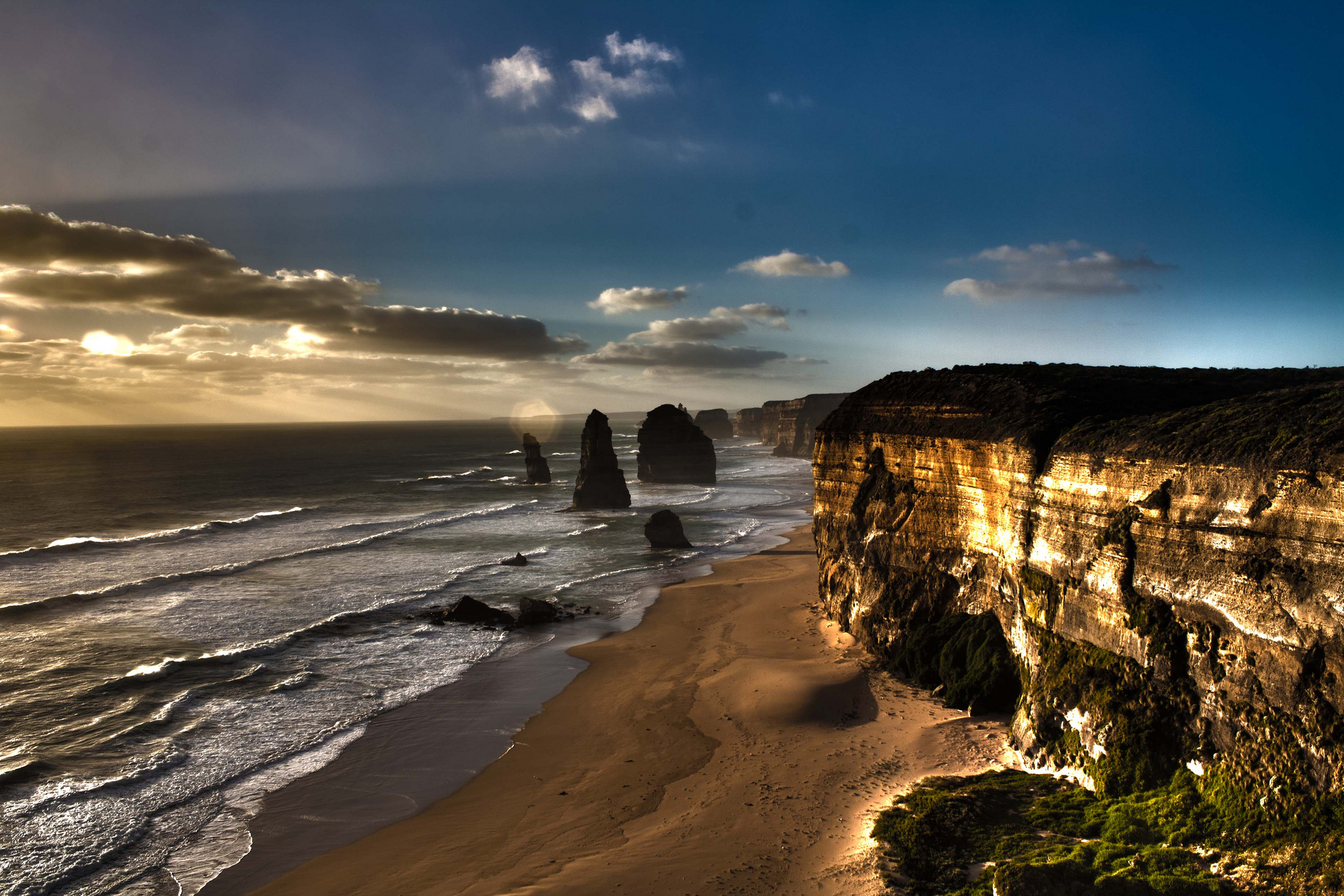 You could compare the Great Ocean Road to that stretch of California highway near Big Sur, but that wouldn’t do it justice. As it winds alongside Victoria’s wild and windswept Southern Ocean coast, the Great Ocean Road swoops and dives past surf beaches, historic ports, whale lookouts, full-on mountain ranges, rainforests and national parks. You can see monster waves at Bells Beach and laze on the golden sands of Lorne. Visit an important Aboriginal site near Tower Hill or spot shipwrecks near the charming fishing village of Port Fairy. And don’t miss the Twelve Apostles - craggy limestone stacks rising skyward from the depths of the Southern Ocean.