The Black Sand Beaches of Hawaii

While every beach’s sand will vary in color from white to buttery yellow to gold, some are deemed special with sands of black. Usually black sand beaches are found near volcanoes, and these magical glossy fragments are made up of lava when it touches the ocean waters. Here’s a look at six black sand beaches In the Hawaiian islands, the most common area in the world to uncover the wonder of black sand. 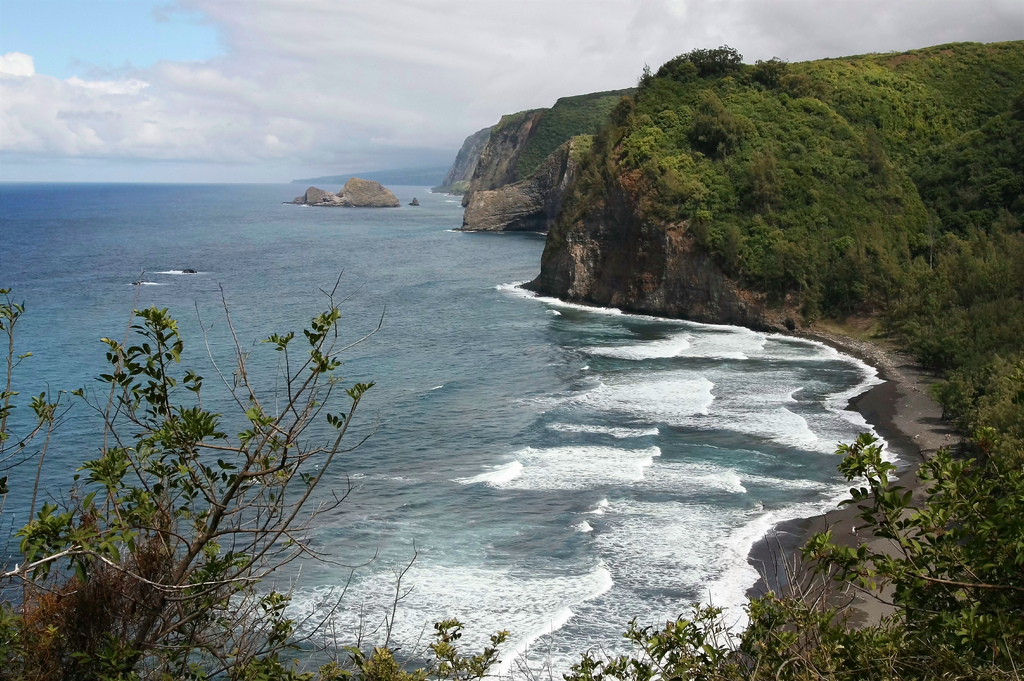 One of the Big Island’s most scenic black sand beaches is on the North Kohala peninsula. Just eight miles beyond Hawi, Highway 270 ends at the overlook of Pololu Valley. The beach features a wide expanse of fine black sand with sheer green cliffs surrounding it and backed by high dunes with pine trees. Take the 15-minute hike down to the beach with caution; the trail can be muddy and slippery. Rip tides in the area and the remote location make it a cautionary area to swim, so enjoy the scenery including a view of the Kohala Mountains. 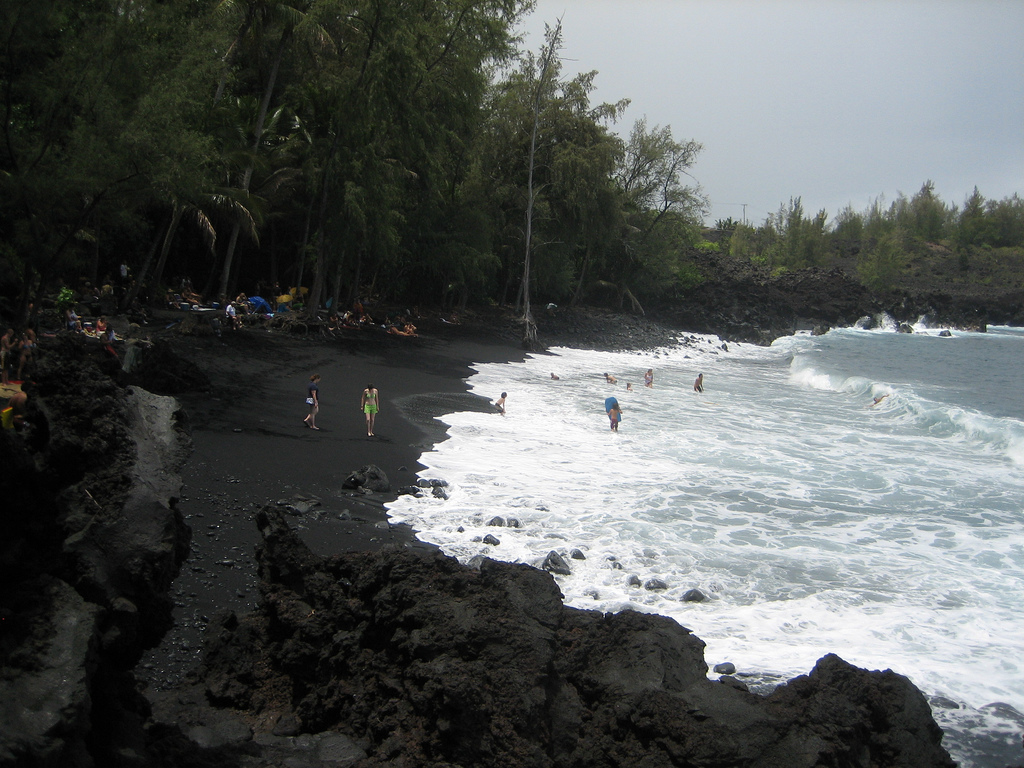 Also on the Big Island is Kehena Beach in the Puna district. This beach is known for nude sunbathing, which is illegal in Hawaii, but with few police patrolling the area, locals tend to flock here for this European tradition. When the waters are calm, you can see schools of spinner dolphins playing in the surf and giving the locale its nickname - Dolphin Beach. 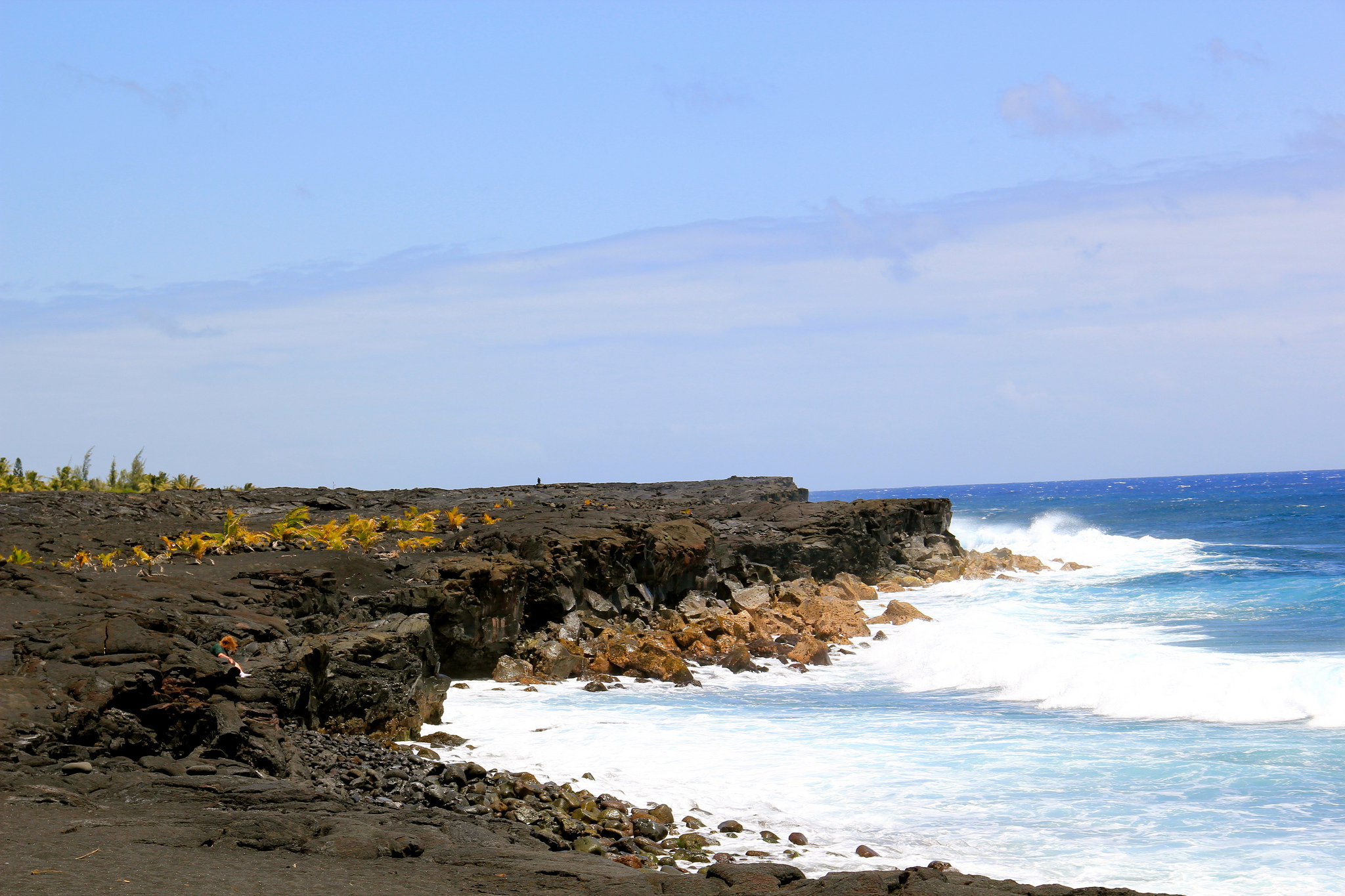 Formerly one of the most famous black sand beaches on the Big Island, 20 feet of lava covered it from 1990 to 1992. Strong currents make even wading ankle deep in the waters here dangerous, but locals have been planting coconut trees and flowers to revitalize the area in hopes of restoring its natural beauty. 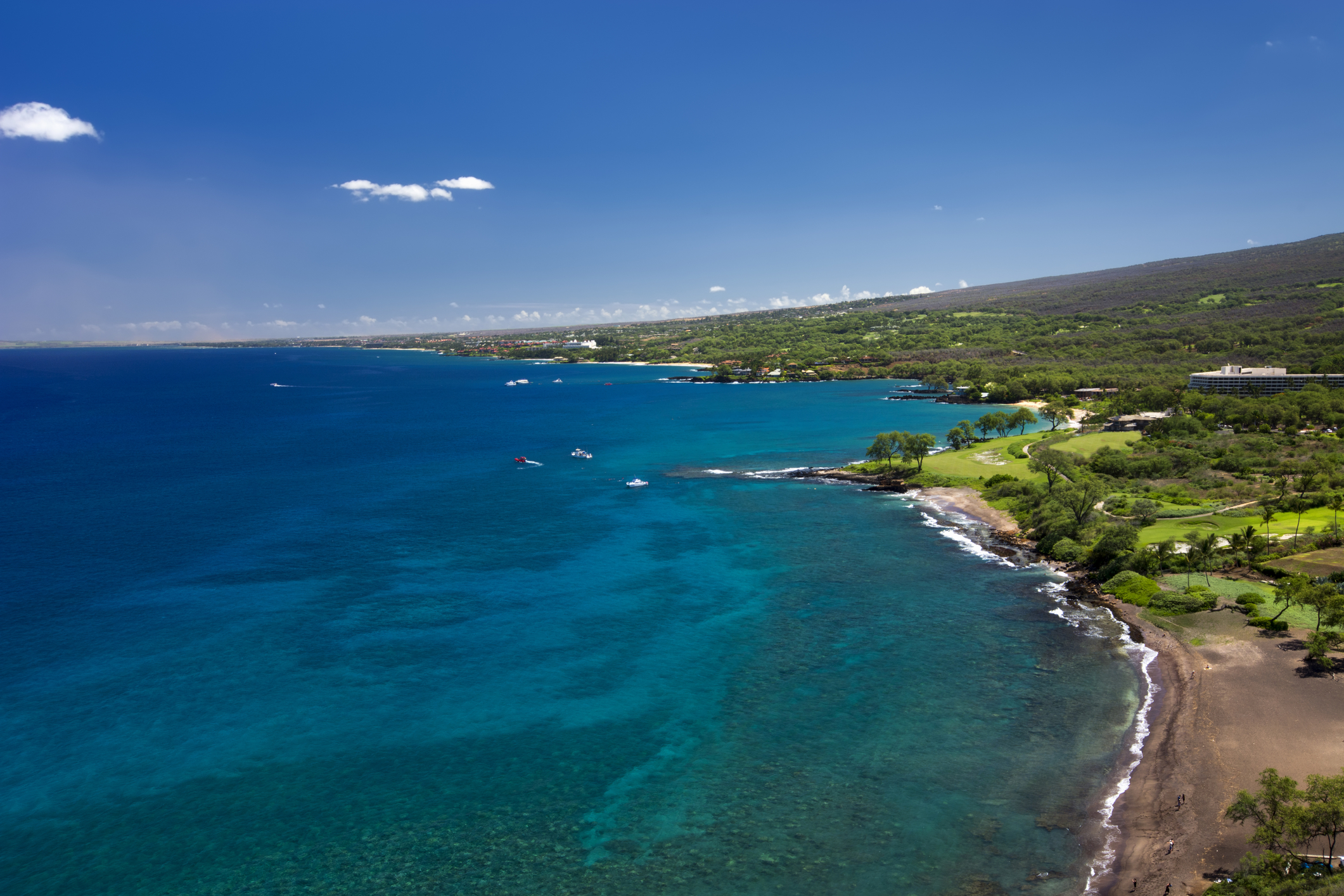 Years of ocean pounding against the Pu’u Ola’i Cinder Cone’s deposits created black sands that washed up on the beach mixed with seashells. Oneuli Beach has a large lava shelf offshore ideal for snorkeling. Green sea turtles, manta rays and small sharks can be found in the area. 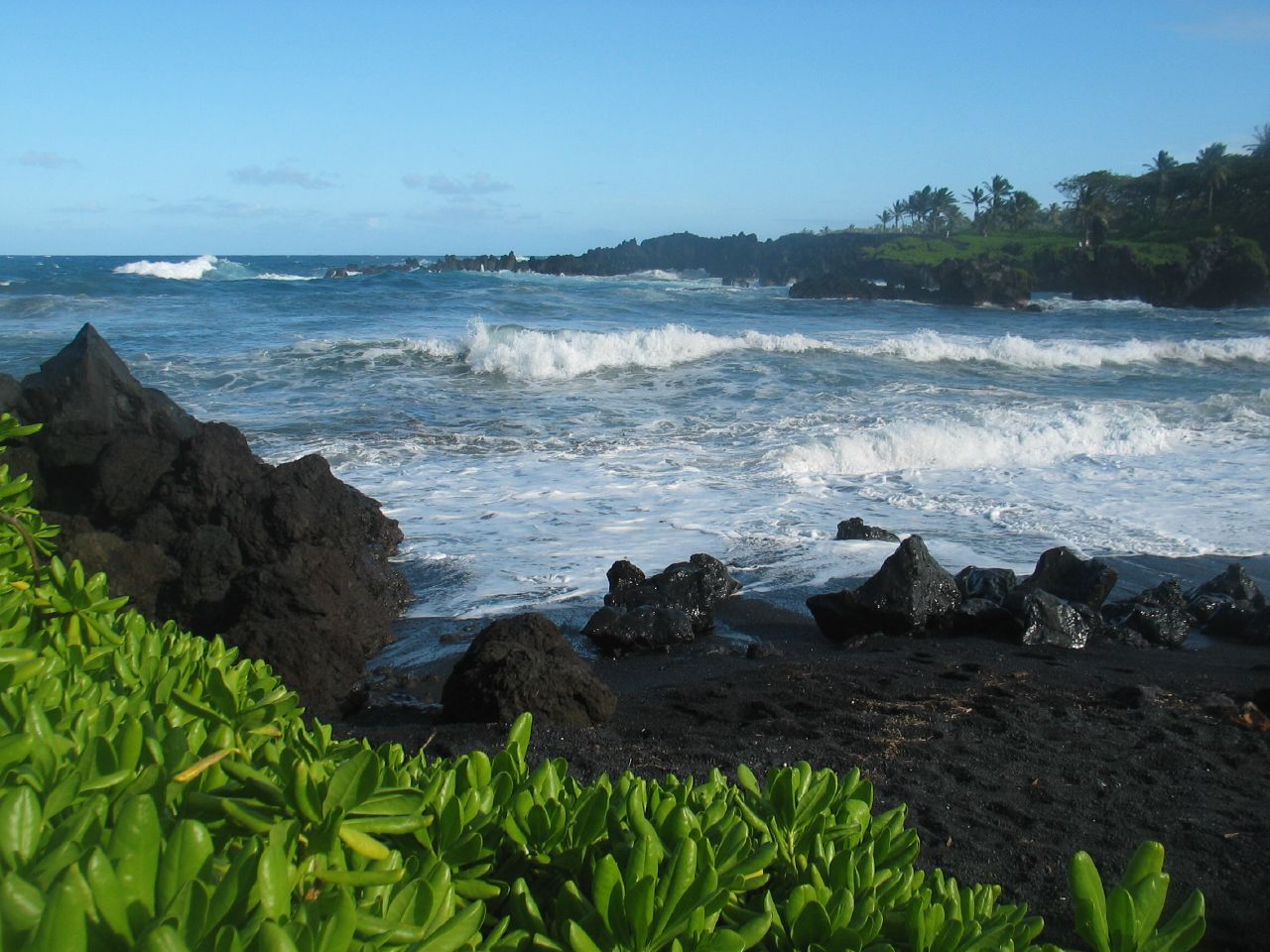 Also on Maui near Hana in Wainapanapa State Park is Honokalani Black Sand Beach. Lava cliffs set the beach with its lava pebbles apart from the others. Discover a small sea arch, sea caves, and seaside lava tubes in the beach area. For a nice hike, try King’s Highway, an ancient Hawaiian footpath that travels from the beach along the coastline for three miles to Hana. 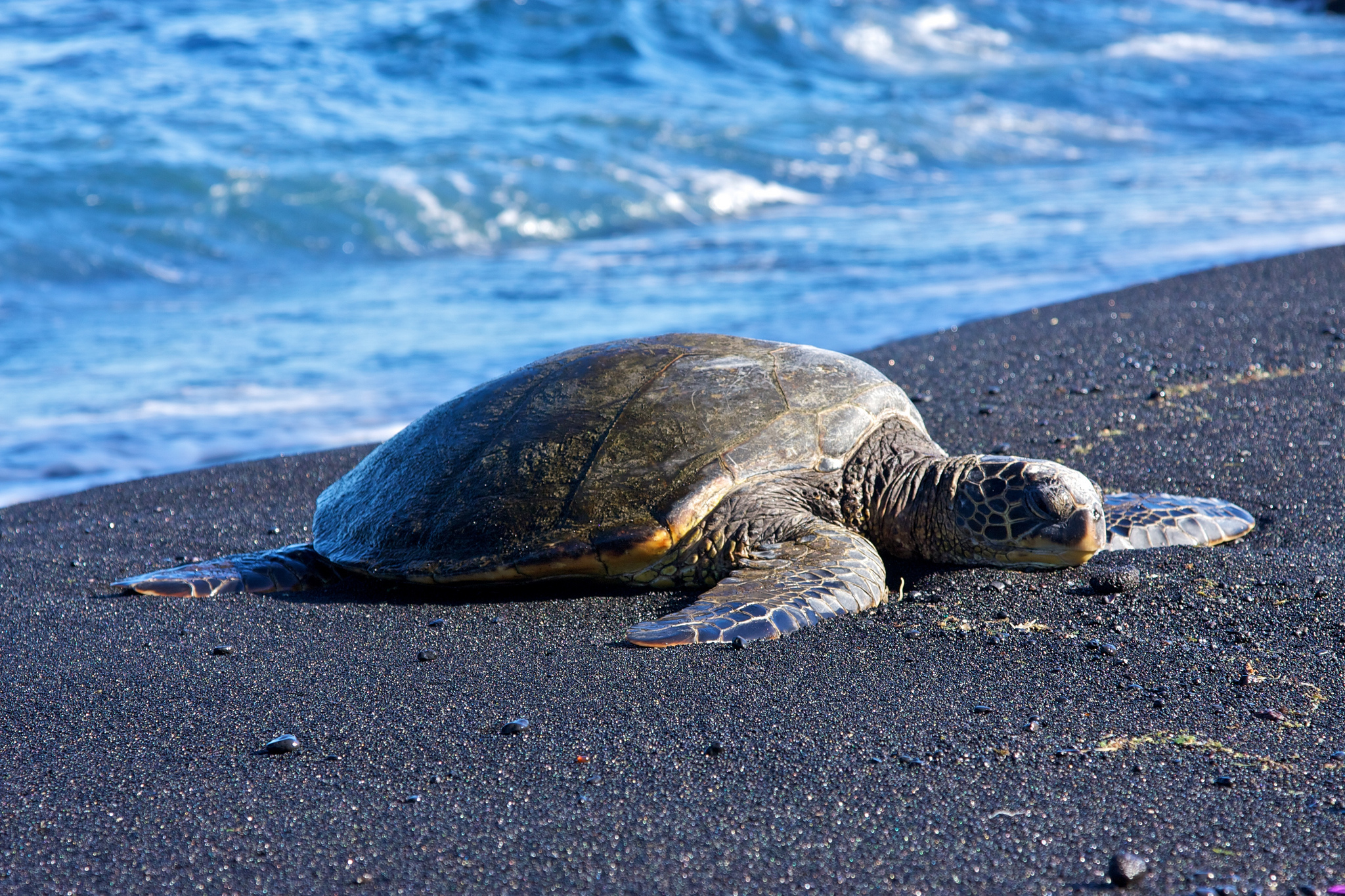 For the most well-known black sand in the world, look no further than Pualuu Beach on Hawaii just south of Hilo. Green and Hawksbill sea turtles sun themselves on the beach. The ocean floor is very rocky, making it dangerous for swimming. Fresh water flows bringing a chill to the ocean. Legend has it that during droughts, the ancient Hawaiian would dive into the ocean with a jug to collect fresh water. In Hawaiian, puna lu’u means “spring [water] diver for.”