Quite Possibly the Most Beautiful Place to Catch the Sunrise

Crater Lake National Park is a photographer’s dream and like nowhere else on Earth. A unique landscape in southern Oregon formed by the inside a volcanic basin over 7,000 years ago, it is the deepest lake in the US, one of the deepest lakes in the world, and also one of the clearest lakes since it’s comprised completely of snowmelt. The air is pure and from the top of the rim, and it’s a place to get unparalleled sunrise and sunset views. We think it’s earned the title of “Most Beautiful Place to Watch the Sunrise on the West Coast.”

Here’s How to Set Yourself Up for the Best Visit and Catch the Perfectly Timed Photo: 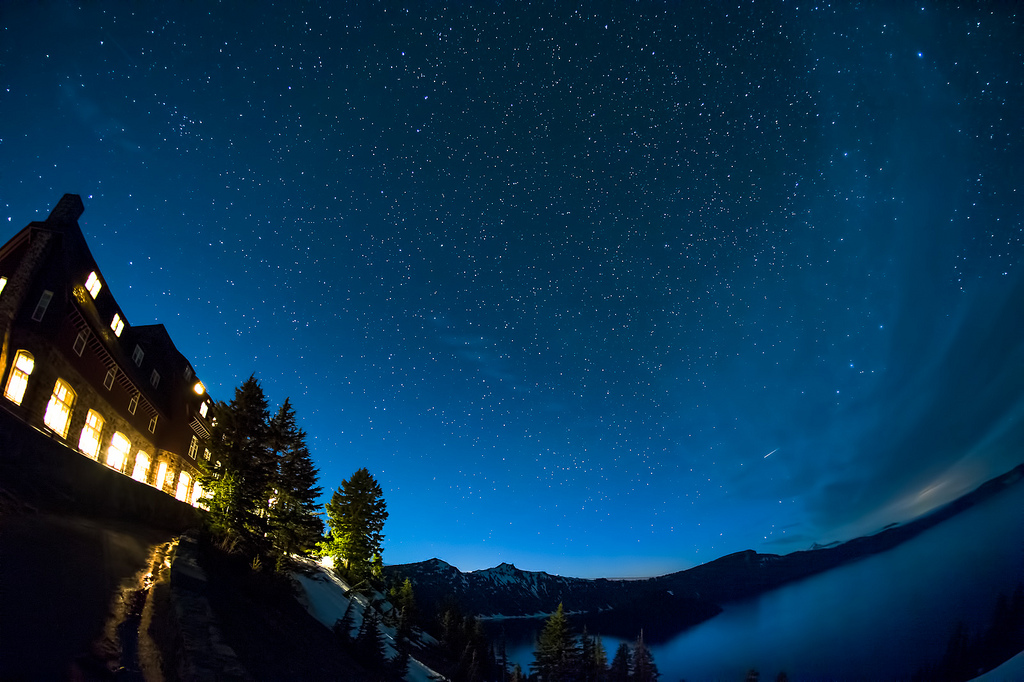 Crater Lake Lodges is the only in-park lodging. Opened in 1915 and renovated in 1995, the lodge has an old world western feel, with TVS and phones notoriously missing. Known for it’s rustic charm, you even have to request a shower. Only open during peak season, you can book one of the 71 rooms from late May to early November. If you want a bit more seclusion, plan a weekend at the Cabins at Mazama Village, a spot just 7 miles from the rim nestled in a picturesque ponderosa pine forest. There are only 40 rooms and also lack the modern comfort of TVs, phones and even air conditioners. 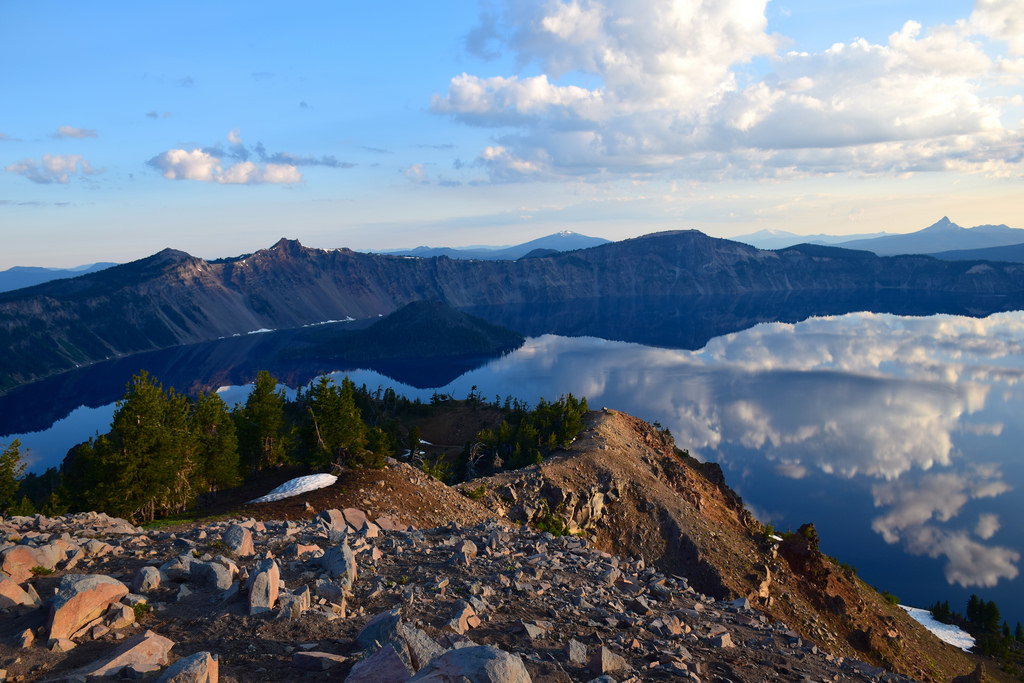 You can reach one of the highest lookout points via a short hike from the Crater Lake Lodges parking lot to Mt. Garfield. For panoramic views, head even further up to Garfield Peak, a 3.5-mile loop. The trail faces eastward making it perfect for capturing that coveted sunrise shot. 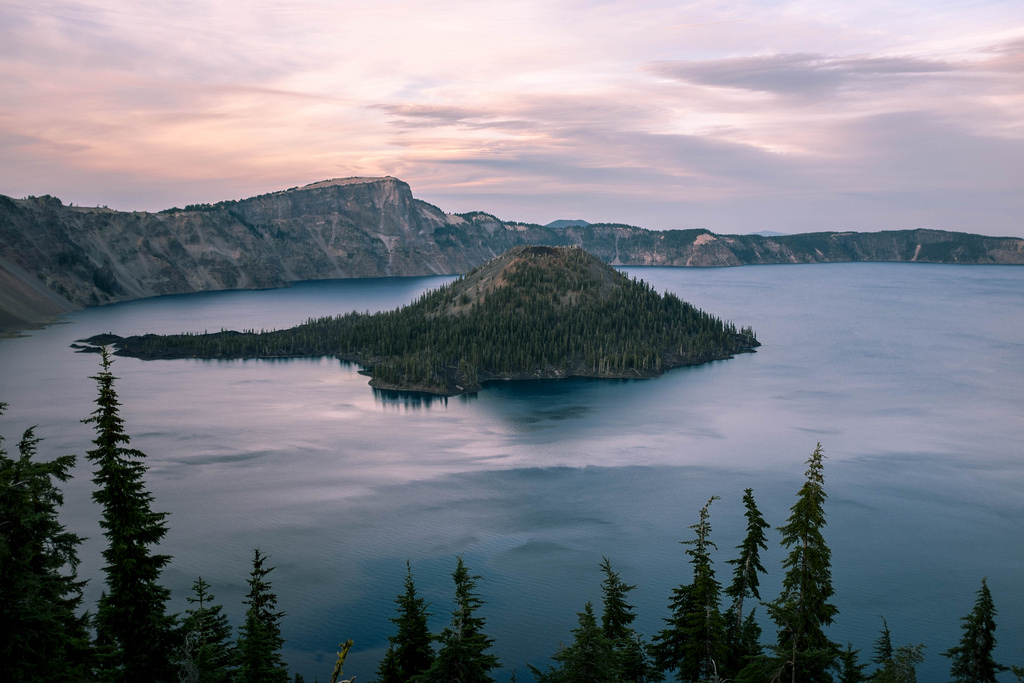 Not a morning person, don’t worry! Whether or not you want to wake up early enough to capture the breathtaking sunrise, there are plenty of other ways to explore Crater Lake National Park and Oregon’s natural beauty. Hike through the forests that line the crater, stumble upon a nearby waterfall, snap a shot of a bear, dear or elk, or see the lake on a boat cruise. You’ll find plenty of spots to set up your camera.