There's a vacation and then there's a journey. Make no mistake; Machu Picchu is not a vacation. You certainly can do it in luxury lodges, on vista trains and with DLSR cameras, but that's not the true Incan experience.

It's a trip for martini explorers (Mark Adams, "Turn Right at Machu Picchu"). People who are accustomed to a certain degree of luxury, but who suffer from an undeniable restlessness to see the world. It requires a full immersion of mind, body and soul and unless you are ready to make that commitment, you will be disappointed.

I however, was not. 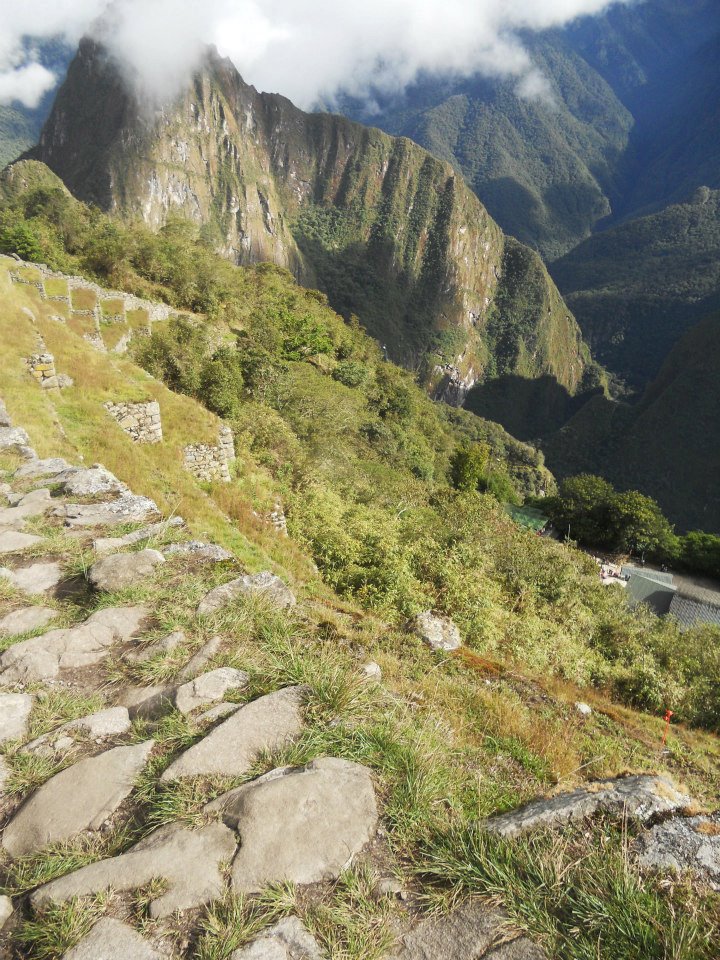 But I can better explain what the Inca Trail isn't than what it is. It's definitely not your first trip across the pond to marvel at ancient sites built long before America existed. It's also not backpacking because you're certainly not roughing it. It's a pilgrimage trip, one that I've only ever had the privilege of experiencing once before on an extended excursion to Israel, my proverbial homeland.

It is also not a walk in the park. It's simultaneously the longest and shortest four days of your life. You will come back more exhausted and disheveled than you left. No sane person would trade a week with fruity umbrella drinks for roughing it sans showers, byo toliet paper and 11 hours of exercise a day willingly. But the experience is so much more than that.

Now I am not what you call super in shape. When I first booked our trek three months out (which you have to do since they only sell 500 passes a day), I thought I had plenty of time to prepare. And I did put in solid gym hours for a couple of weeks, but then the holidays came and you can fill in your own excuse here. I knew it would be the hardest thing I'd ever done physically and I would probably get there last, but it was all about attitude. I knew I could finish and it would be 100% mind over matter. Besides, if people can run 26.2 mile marathons in a matter of hours, surely we could conquer the same distance over a span of four days.

At our pre-hike meeting, we learned that our crew would include 15 Americans, two guides and 22 porters, also known as the Red Army. Llama Path, our chosen guides, called themselves the super hiker group. TripAdvisor research fail. To give you some perspective, the Inca trail actually starts at about 9,000 ft. and ends even lower than that at approximately 8,000 ft. One of the most common misconceptions is that you're climbing up to Machu Picchu. In reality, you're tackling two massive passes at 14,000 feet and 13,000 feet respectively, going back down to 11,000 in between and then finally descending on the Sacred Valley.

With only two peaks to scale in the entire trip, where our group stops for a brief lunch the second day is where every other group sets up camp for the night. We however, would be doing both obstacles at once so we could "take it easy the third and fourth days" (by easy, they mean only six hours of hiking). I knew day two would be brutal, especially with the highest point ominously named "Dead Woman's Pass." 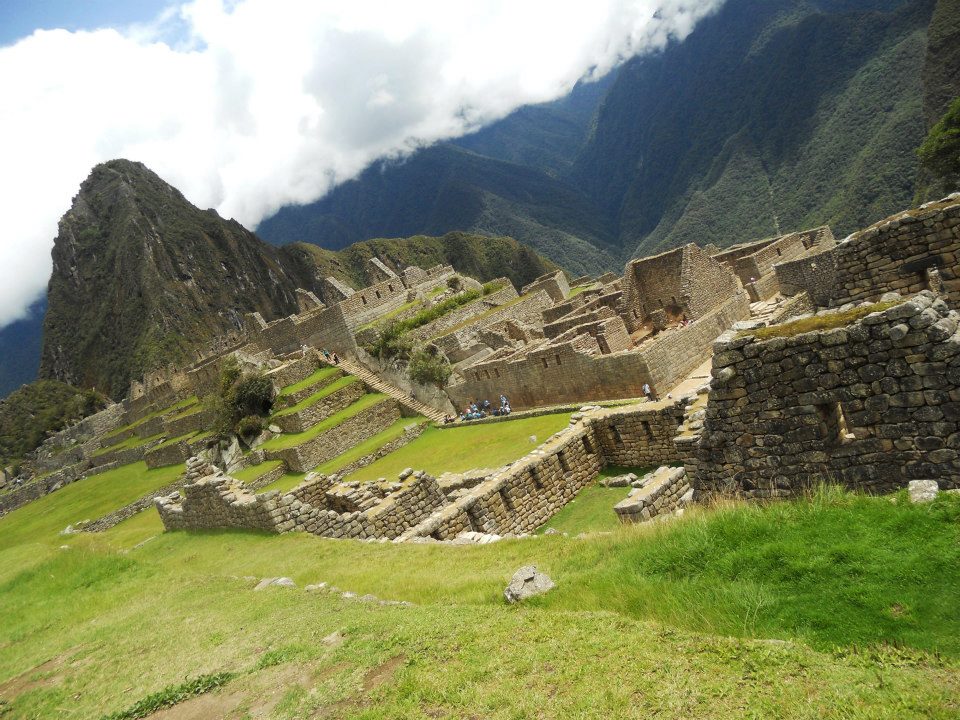 We were awoken at 3 am and driven two hours to a random breakfast buffet in the middle of nowhere to bond before the chaos. Day one would consist of about six hours of "flat" terrain. Now, flat in Incan speak was really just an inside joke to mess with the Gringos. It meant jagged stones jutting out everywhere and alternating inclines/declines. I was totally fine for awhile and actually leading the pack, making idle small talk with the main guide, Castiano (who bless his heart, I will never forget that his name translates to "almost anus").

Then we started going uphill. I'm not sure if my body forgot that I used to live in Colorado, but I could not for the life of me catch my breath. It wasn't altitude sickness because I wasn't dizzy, nauseous or getting headaches, I was just literally hyperventilating with each step. I wasn't sore or tired; I just knew I needed to slow down for fear I was going to have a heart attack at age 28. I struggled to camp and was welcomed with guac, popcorn, hot chocolate, and an assortment of coca tea. (Which for the record is a legal version of cocaine, Incan Red Bull, not chocolate like I innocently assumed). Nighttime felt like a combination of summer camp, nature camp and boot camp all rolled into one. But as much fun as I was having with the board games and storytelling, all that was running through my head was one down, three to go. I knew day two would be the real challenge.

And it was. For four grueling hours of straight upstairs I could not breathe. I was forced to take breaks every few steps and didn't see anyone in our group for most of the day. So far behind, I had my own guide just to make sure I didn't collapse. 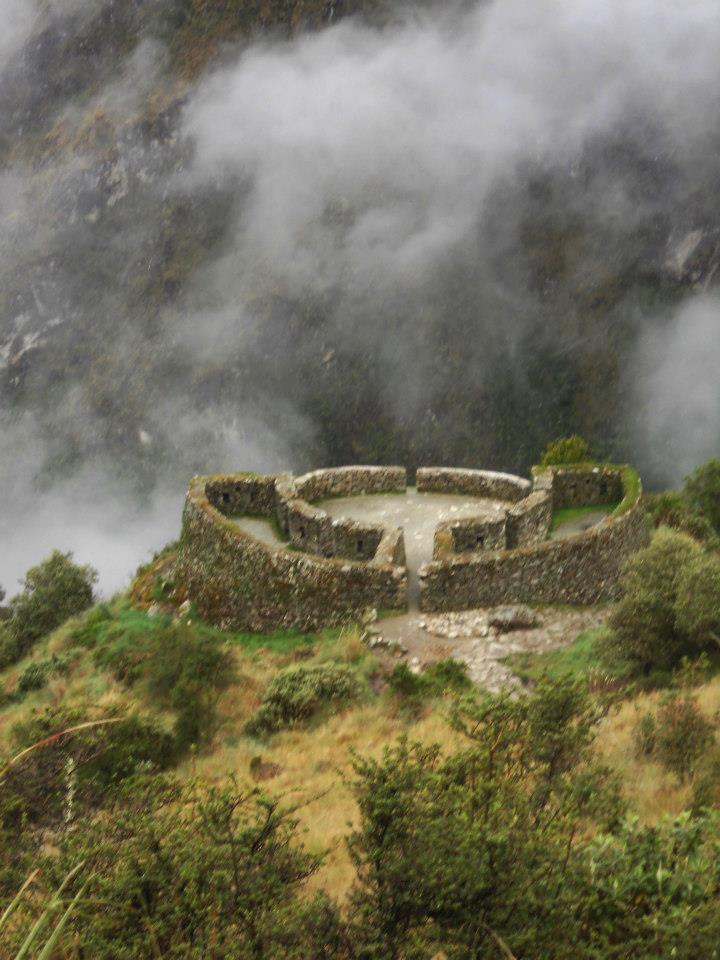 Make no mistake though; going downhill is equally as challenging as going uphill, but for different reasons. At that altitude is the cloud forest, which brings spells of pelting rain, causing the ground to give out and become a mudslide. You are literally bracing yourself with every step so as not to lose your footing and slide down the mountain. I still landed on my butt a couple times. And as much as you buy out REI for all the newest quick-dry gear, it's no match for how frequently the weather changes, going from boiling to soggy in a matter of minutes.

I reached the lunch spot just as everyone else was heading off for the second peak. After the sheer exhaustion of getting 2-4 hours of sleep a night, feeling like a drowned rat and being pushed to the physical limit, you hit a mental wall. I was at my breaking point and started bawling uncontrollably for no reason. I begged the guides to let me stay and continue on in the morning. Obviously this was not an option and you have to keep going. Most areas are so remote that helicopters are not even allowed. If something really serious were to happen, one of the porters has to carry you the rest of the way on piggyback.

Now we're talking men who are between the ages of 18-50, barely 5'5, already carrying 60 lbs. of our crap while wearing flip flops because they can do the entire run in four hours wondering why Americans walk funny downhill (so we don't become one of the monthly statistics of people who topple over the edge). I wasn't about to deal with that embarrassment.

However, when they say get to camp before 5 pm, they aren't kidding. I was taking so long the last hour was spent descending in the pouring rain in the pitch black. Gustavo, who had become my personal guide, had to hold my hand going downhill just so I wouldn't fall flat on my face. It still felt like the blind leading the blind.

After hearing "only twenty minutes more" about 45x, I zoned out. Day three and parts of four were a blur. All I can remember about Machu Picchu itself is it really does come out of nowhere. It feels like you're walking, walking, walking with no end in sight, and then bam, out of the clouds it rises like a Phoenix. Those wily Incans. 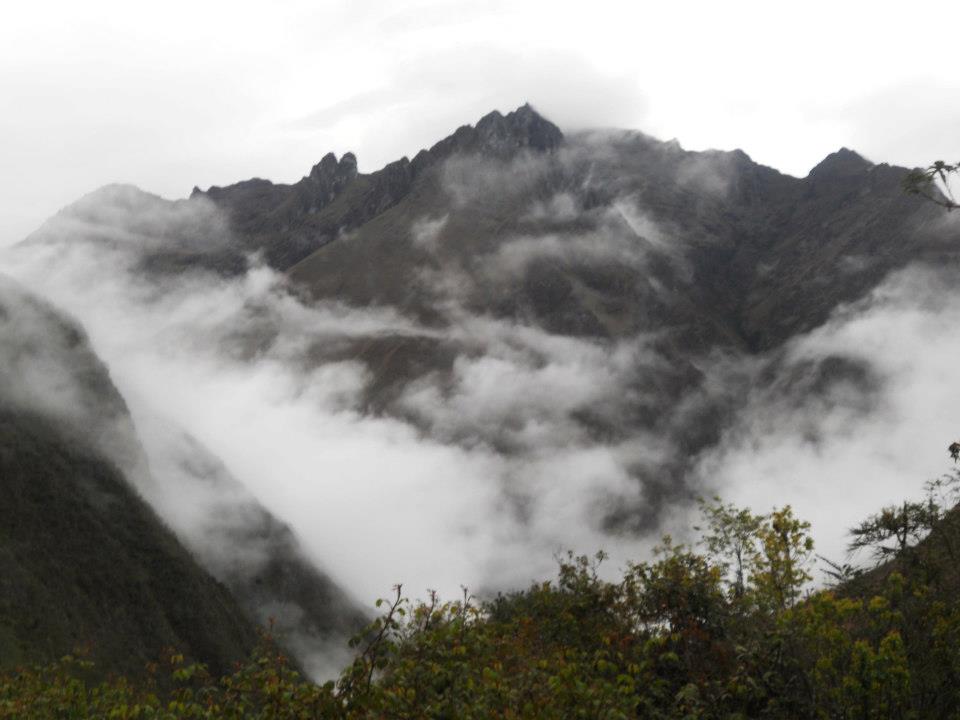 With my ADD on overdrive during the explanations and history lessons (watching the llamas and all the cheaters who took the train), the sheer magnitude of where we were, what we had accomplished and what we saw didn't hit me until the flight home when I could finally shake the delirium and adrenaline high of the week.

Its one thing to admire artifacts from behind the case of a museum, but it's a whole other to walk the path where they were uncovered. People race through the trail to find the mystical mirage of a hidden civilization at the end, but the real wonder is in getting there. You are walking the same path as millions before you. The Inca Trail is four days to imagine life as it was, disconnect from the gadgets and erase all traces of modern society.

It forces you to stop, slow down, and appreciate the flora and fauna. Endless peaks, mystical cloud cover, bridges to nowhere, stairs through time. Even when I was huffing, puffing and hyperventilating to catch up with the group, there were Dr. Suess-like plants and twisting cacti that would catch the corner of your eye through the fog to remind you that although none of this seems real, it's not a fantasy world. It is undeniably the edge of the earth. I badly needed this wakeup call. 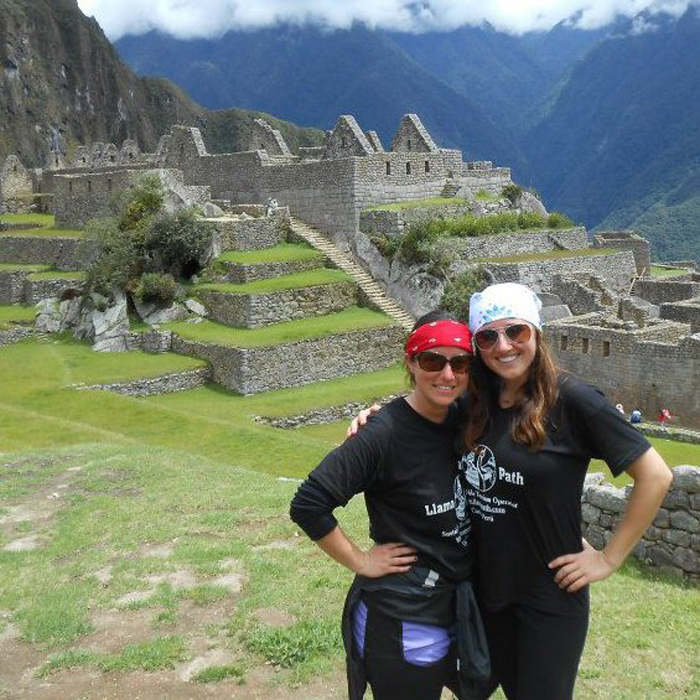 Very few trips inspire such self-reflection. Peru as a country was highly underwhelming. Lima was overcast, gloomy and sorely run down with casinos and KFC's on every other corner. The experience was one for the record books, though. Everyone had their own challenges and was affected by the landscape differently. Some people had stomach bugs, some had bad knees, but we all pushed though.

I challenge you to go find your own inspiration. If you do happen to do the hike, the most practical piece of advice I can give is to do squats instead of the stairmaster (you'll thank me when it comes time for those holes...).