These Wisconsin Sea Caves Are Not Your Typical Midwest Adventure

The prospect of a drive through the Midwest is not one most individuals would relish. Corn fields, dairy farms and friendly locals certainly possess their own kind of charm, but they’re not typically where one looks for adventure. Ascribing to the belief that our central states are one-dimensional and lacking in excitement, however, would be a mistake. Chicago offers a wealth of culture, Michigan's parks are absolutely beautiful, and Ohio has this secret party island. We're about to let you in on another hidden gem: Wisconsin's mystical sea caves.

In the northernmost reaches of the dairy state, you’ll find a group of islands that offer the type of seafaring adventures you’d expect to find along the coastlines instead of landlocked in the middle of the country. The windswept beaches, towering lighthouses and deep blue waters of the islands bring flocks of enthusiastic individuals to the shores of Lake Superior. The sea caves and the kayaking are what make them stay. It's time to trade the cheese curds for an oar because you're going to need it.

Sea caves are typically found along coastlines where the unrelenting motion of ocean waves erode portions of the rock face. Waves that lap at the shores of inland lakes are typically nowhere near powerful enough to make a significant impression in the landscape, but Lake Superior is an entirely different beast. As the largest freshwater lake in the United States, it creates its own weather patterns and waves more than a dozen feet high aren’t unheard of.

After centuries of crashing waves and constant freezing and thawing, the sandstone became malleable and created one of the world’s most intriguing sea cave systems. Nature carved out delicate arches, vaulted chambers and honeycombed passageways best seen by kayak. As you glide through rocky pillars and past pitted walls, listen to the hollow pounding sound of the water hitting the rock and you’ll understand why the native Ojibwe once thought the caves had a malevolent character. 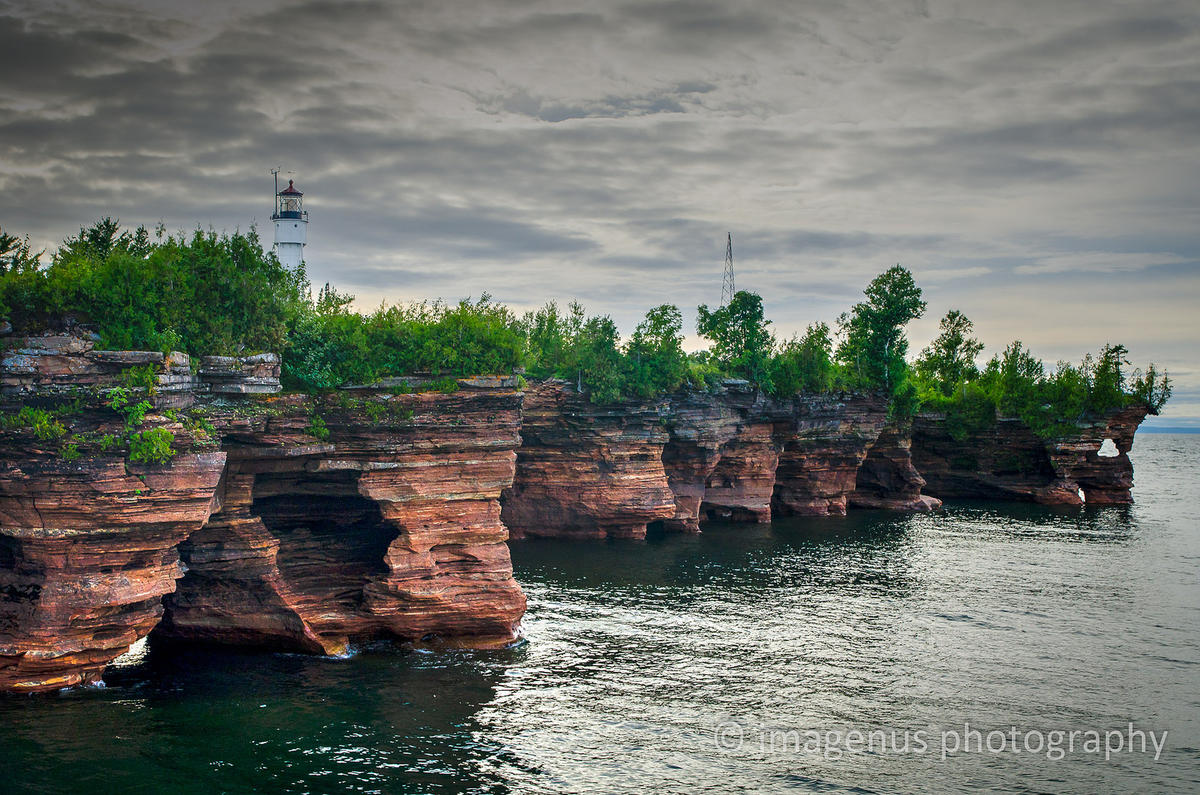 How to Experience Them

There are 21 islands and 12 miles of mainland within the borders of Apostle Islands National Shoreline. While this means the possibilities for outdoor pursuits are endless, you should spend at least a day exploring the sea caves. There are several companies that offer tours including the well-reviewed Living Adventure. Beginners can get a feel for the open waters on full or half-day tours. For those with more experience, they also offer overnight trips that last up to a week.

You are, of course, able to map your own course without the help of a guide but if you decide to do so, you and your companions should have considerable kayaking experience. Lake Superior is more akin to an ocean than a lake and weather conditions can rapidly change from idyllic to tumultuous. Wetsuits and lifejackets are a must as the water temperatures and winds are unforgiving.

Wisconsin has an Actual Cheese Castle (Because of Course They Do)