Spoiler alert: we love luxury hotels, but up to a point they all start to look the same. Spacious marble bathrooms, lavish linens, breathtaking views. We're flipping that on its head. Sure these weird accommodations are not for everyone, but if you're truly an adventurer at heart and looking to mix up the vacation, look no further. 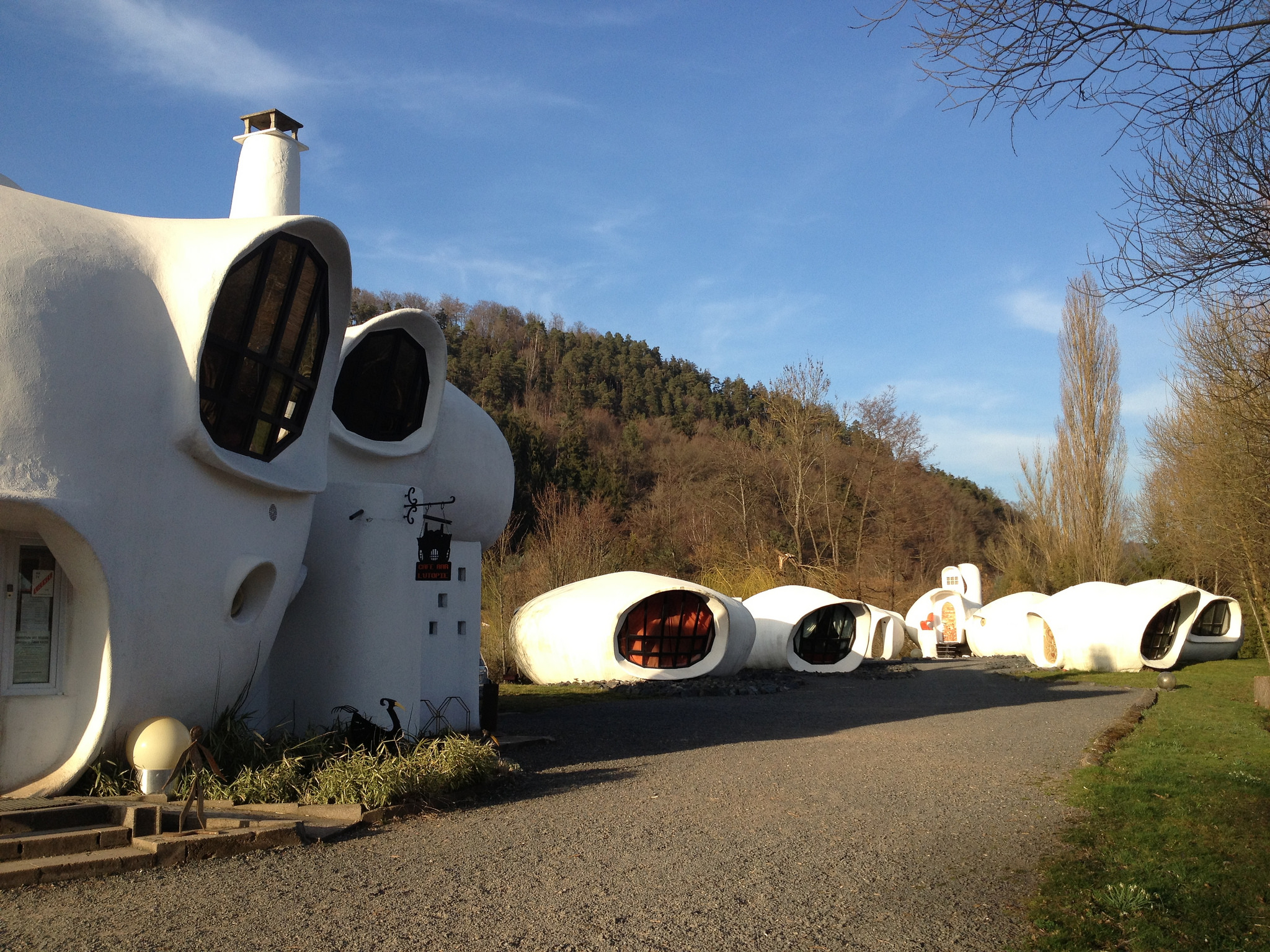 Spend the night in a Military Prison - Latvia

Originally constructed in the late 1800s as a naval base for Russian Tsar Alexander III, KGB headquarters and the Soviet fleet, Karosta Prison was converted into a living museum in the 90s. A popular tourist attraction for both thrill seekers and the arts community, "Ghosthunters International" called it the site with the most paranormal activity in the world. You will be "booked" in a solid iron clad room with minimal necessities, just a bed, dresser and toilet. In true prisoner fashion, they will provide you with a set of rules to follow that if broken, you will be subjected to punishments like exercise or physical labor to test your will.

Sleep in an Artsy Bubble - France

Designed by architect Pascal Haüserman in the 1960s, the Museumotel was constructed on an island in the Vosges of France. It is supposed to be a utopian paradise with each room a private egg shaped bungalow called a bubble which can accommodate from one to five people. With nine bubbles total, each weird room is decorated by a different modern artist that constantly changes look and feel. This popup museum is the perfect place to immerse yourself in the arts and breathe some culture into your routine.

With continually rotating views of the Taurus Mountains and city of Antalya, Marmara Antalya is a moving loft that floats in a pool of water, spinning a full 360 degrees several times a day. A five-star property on the Lara seafront, you don't have to choose between beach or courtyard views here because you'll get them both at any given time throughout your stay.

Rest Your Eyes at IKEA - Sweden

IKEA is undoubtably an exhausting shopping experience and if you're physically too tired to leave, the flagship store in Sweden implores you to skip testing the mattresses and opt for a single bed, double bed or a bridal suite right in the middle of the action. Called the Sovhotell, they charge per 15 minute power nap with custom pillows and music to suit your sleep style. You know what they say, there's no such thing as a free lunch, but $4.99 meatballs are as close as you'll get.

Stay in a Sandcastle - UK

The Sandcastle Hotel in Weymouth was a seaside resort constructed in 2008 entirely from sand. After four sculptors worked tirelessly for a week straight to build the behemoth, the structure was sadly wiped out in the next big rainstorm. At the time though, they charged $15 a night to sleep under the stars with the tide gently lapping at your toes (sans indoor plumbing).

Constructed entirely of chocolate furniture as the ultimate Valentine's Day extravagance, Godiva's chocolate suite in the Bryant Park Hotel is recreated once a year by Jonathan Adler to celebrate the holiday of love. Each piece is painstakingly crafted after a famous art piece and as much as you are dying to indulge in your chocolate fantasies, the suite is only available as the prize of an annual sweepstakes.