Let's face it, we all like convenience and vending machines fill a certain need for food on the go. But lately, there's been a trend around the world to offer much more than just grab and go munchies in these high tech machines. Check out the coolest food products and services available at the touch of a button. 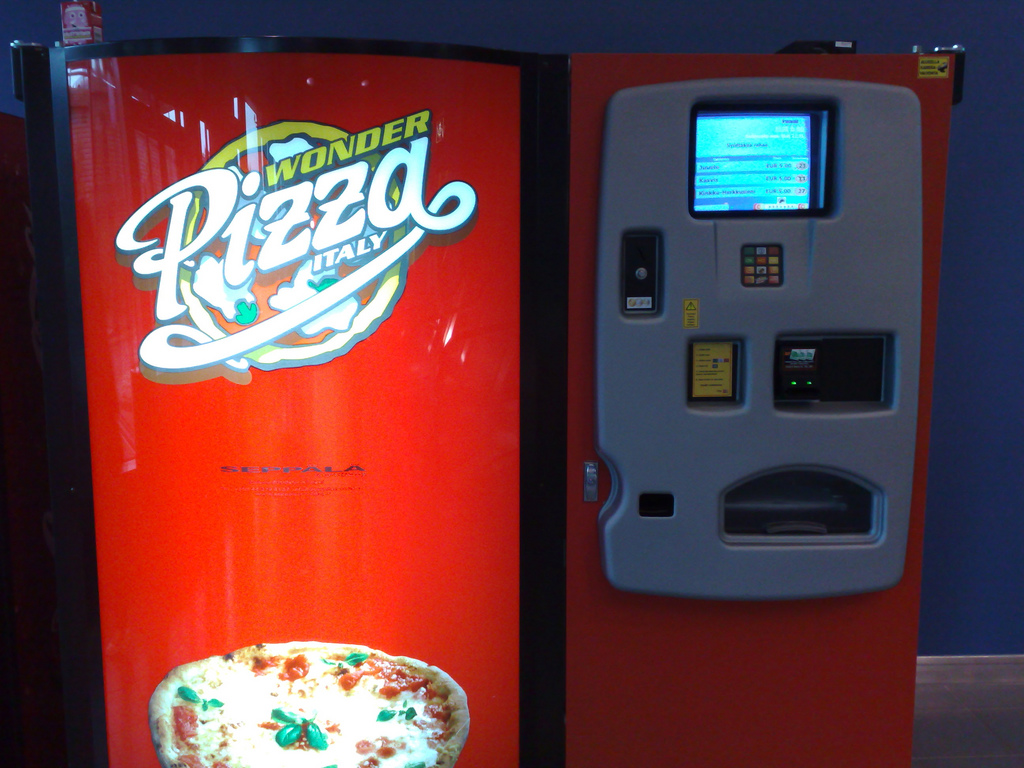 Let's Pizza vending machines can be found all over Italy and other European countries in train stations and are said to be coming soon to the U.S. The machine makes fresh, hot pizza in just two and a half minutes. The pizza is made from scratch, with the machine actually kneading the dough and adding sauce and cheese once you buy it. The machines have been very successful in Italy - a country that knows its pizza so you know it must be good. At about five euros a pie, the price is right too.

Have you ever wanted to buy a few crabs but wished there was an easier way to get them than from the fish market? No? Well, a vending machine in Shanghai, China has a solution anyway. Just slide a few yuan in the cash slot and out comes a live crab in a plastic box. The inside of the machine is kept at a cool temperature that sedates the crabs without killing them. But be careful when you open the box - the crab might not be too happy when it wakes up. 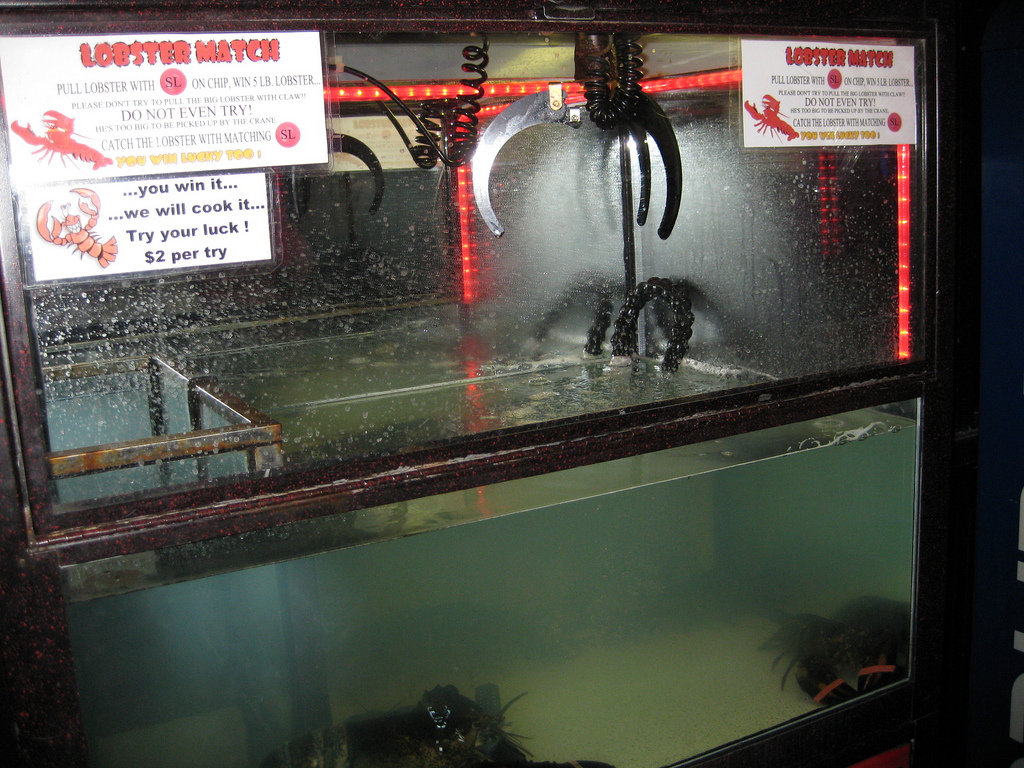 Continuing the seafood-in-a-box idea is the lobster vending machine, available in Japan and across the United States in places like Florida and Massachusetts. This vending machine is unique in its cross between a game of skill and a food vendor. For two or three dollars a play, patrons can try to grab a real lobster with a metal claw, just like the crane arcade games of your childhood days. Once caught, the machine will dispense the crustacean to be taken home or cooked at the restaurant. Talk about playing with your food. 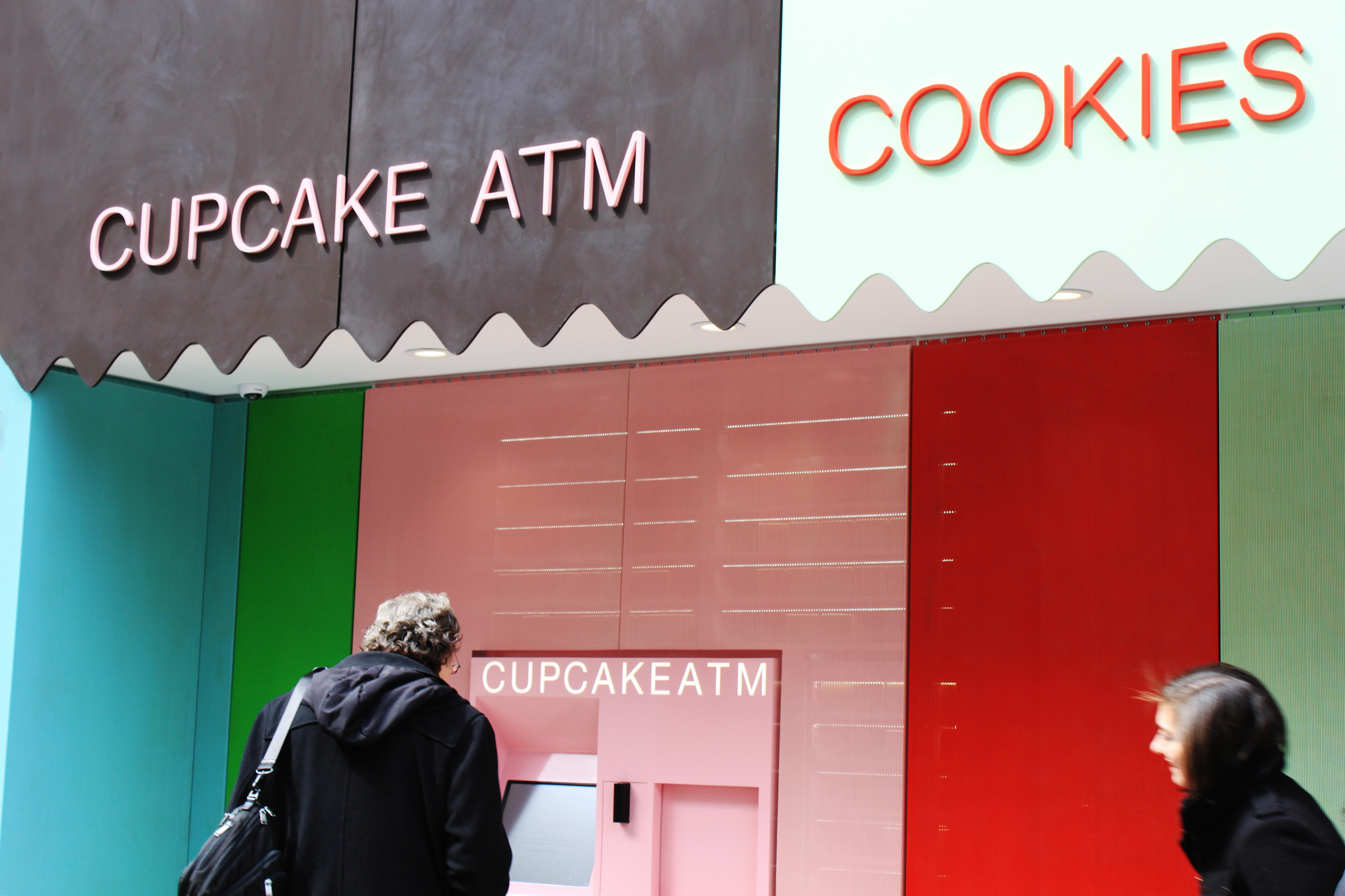 The flagship location of Sprinkles Bakery in Beverly Hills, California is home to the "cupcake ATM," which is a rapidly expanding concept across the nation. Operational 24 hours a day, seven days a week, locals can get their sugar fix whenever they need it. The store restocks the machine often to ensure freshness. Pop in $4 and receive an individually wrapped cupcake of your choice with "golden ticket" wrappers hidden throughout with fun prizes like a free dozen.

Japan seems to have an ongoing infatuation with vending machines, and many of the craziest ones come from here like beer and ramen noodles. The Coca Cola robot vending machine is no different. As an ad campaign for the soda giant, someone Coke paraded around Tokyo offering soda to people on the street. The Japanese also outdid themselves by having the only walking and talking vending machine the world has seen yet.

"Gold to Go" is perfect for those of us who like to make quick investments on the fly. The gold ATM has been popping up in Las Vegas, Germany, and Abu Dhabi stocked with different kinds of gold bars and coins, and updates precious metals prices every ten minutes, so you can be sure you're getting the most current rate.

This list wouldn't be complete without including the world's most extravagant vending machine. The "Semi-Automatic" is located inside Mondrian South Beach, a hotel in Miami, Florida. The items available for sale in this machine blow the gold ATM right out of the water. Prices of the items range from a modest $10 to an astronomical $1.2 million. What could possibly be in a vending machine worth over a million dollars? The deed to a condo in the hotel, of course. Also available are designer clothes and expensive cars. Oh, and toothbrushes, too. Obviously, cars can't fit inside the machine (even though it is large - more akin to a gift shop than a vending machine) so it dispenses vouchers that guests can bring to the staff to redeem.