These People Have Seen What Feels Like the Entire World. Here Are Their Favorite Places.

When you’ve summited Everest, safaried the Serengeti, trekked the Amazon Rainforest, and done seemingly everything in between, it’s nearly impossible to choose just one destination as your favorite. We challenged eight travel bloggers (who've racked up enough frequent flier miles to get to Pluto and back) to tell us about their favorite places on Earth. For those of us only lucky enough to take 1-2 vacations a year, let this serve as inspiration for what to prioritize on your dream trip list. In fact, some of these just may surprise you.

Here’s what these experienced jetsetters had to say. 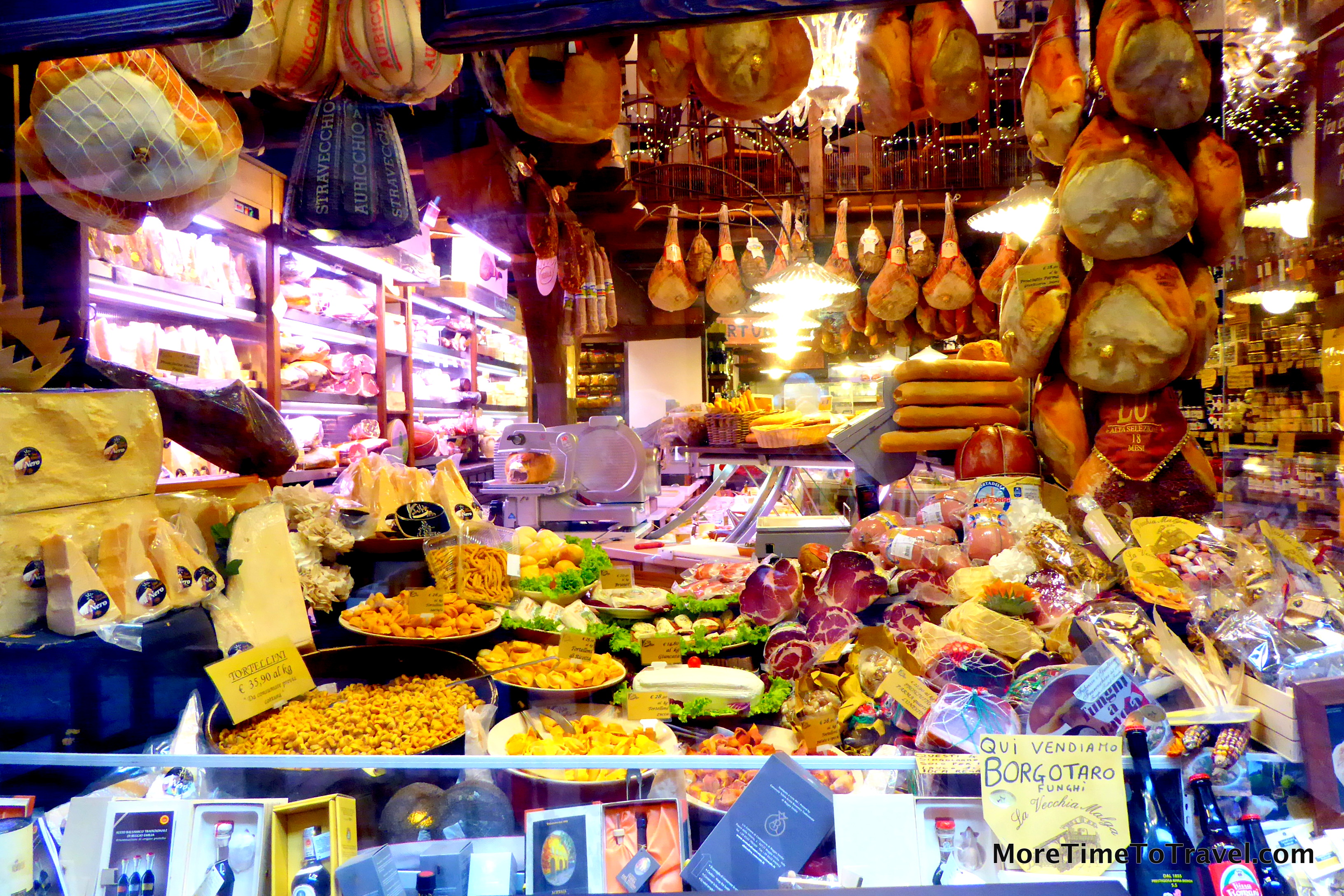 Award-winning travel journalist Irene S. Levine offers advice on travel after 50 in her blog More Time to Travel. She loves the authentic Italian experience and cuisine of Bologna.

“Home of the oldest university in Europe, Bologna is a sophisticated and vibrant city filled with history, culture, and interesting architecture. With a car-free zone in its historic center and 25 miles of arcades, it is a perfect place to explore by foot or bicycle. The city is free of the hoards of tourists typically found in Florence, Rome, or Venice, yet most Italians agree that the Emilia Romagna region boasts some of the best food in Italy. Since medieval times, small butchers, delicatessen, grocery stores, and bakery shops have lined the narrow streets just off Piazza Maggiore, the major square that serves as the city’s ‘living room.’” 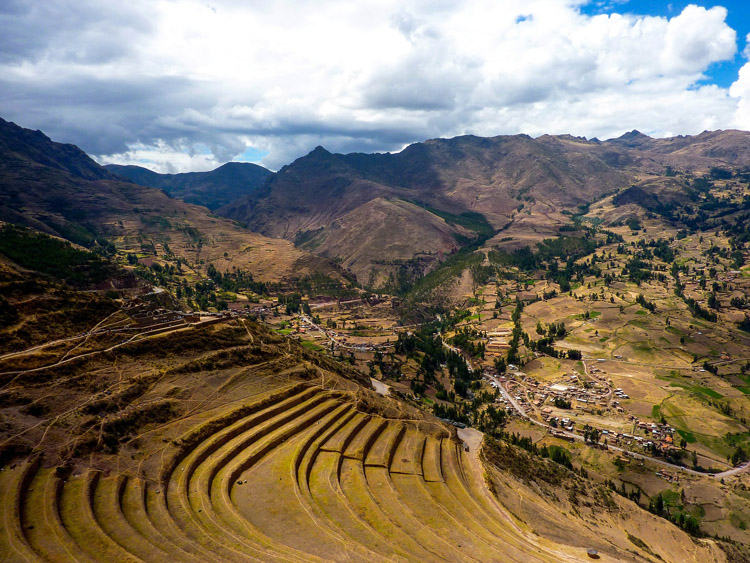 Lauren Haas, the blogger behind The Soul of a Journey, has been nomadic since 2013, when she sold her business and all of her possessions to pursue a life of travel. She loves venturing off the beaten path in Peru in search of the wonders of the ancient world.

“The village of Pisac in Peru is nestled against the base of a mountain in the Sacred Valley, a scenic spot with majestic views in every direction. The ruins that sit above the town are some of the most spectacular Incan sites outside Machu Picchu, made even more memorable by the lack of crowds. A well-marked trail leads you from one set of Incan ruins to another, with jaw-dropping vistas in between. Bus tours only visit the first two or three sites; if you hike on your own, you’ll quickly leave the crowds behind. Don’t miss the market.” 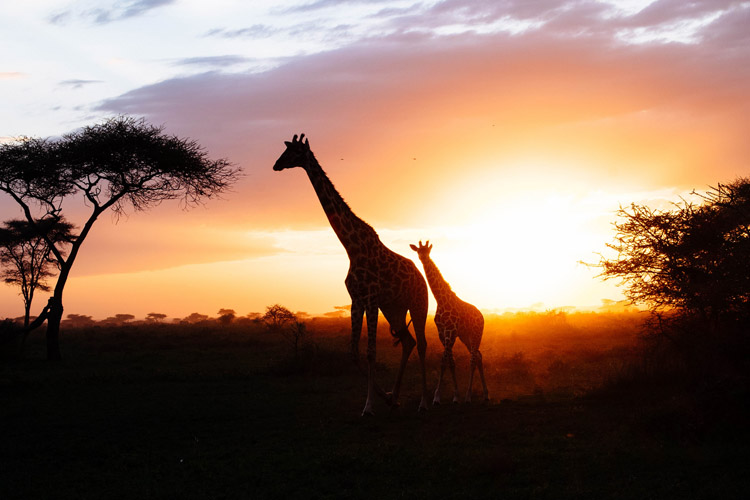 Brothers Oliver and Darrell Hartman, who run the acclaimed travel photography and documentary site Jungles in Paris, travel the world in search of the most compelling visuals. Oliver has been most wowed by Tanzania.

“One of my favorite spots was in the northern Serengeti. It is easy to become saturated with photos of safari and plain landscapes, but to be in such an immense, undeveloped realm is an amazing experience if you take the time to really explore it. Stop the jeep, stop the talking, and recognize that you’re witnessing an enormous eco-system at work. This is true in dense forests and other landscapes, but to see much of it play out with herd species is amazing.” 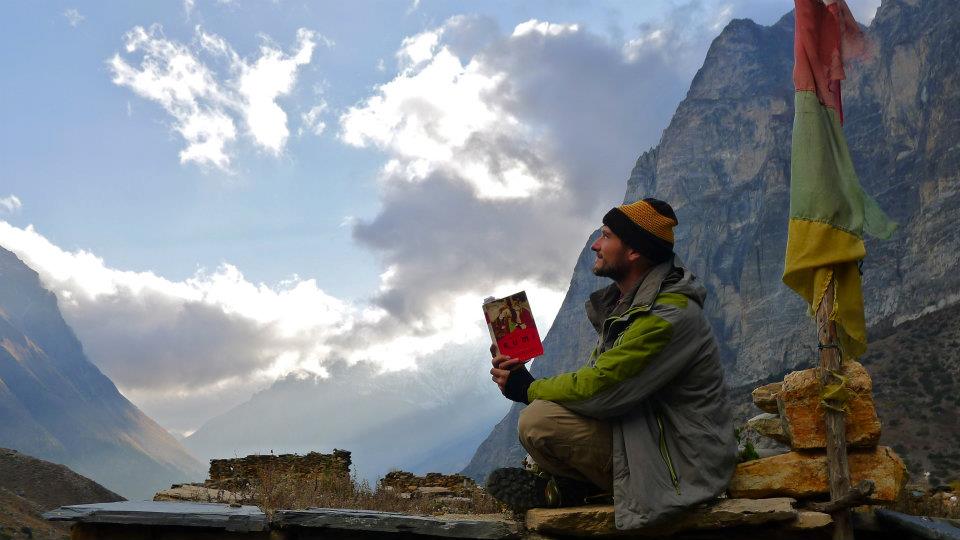 Darrell Hartman (also of Jungles in Paris) picked Nepal as his number one place to visit.

“I love the high peaks of Nepal. A five-day trek I did there a few years ago, on a little-used trail just off the Annapurna Circuit, is probably the single most life-changing trip I’ve ever done. These regions feel like the roof of the world. And yet the terrain is not completely wild in the way that it is, say, in the parks of the American West. You cross paths with local yak herders and people carrying big loads of wood and provisions and serving up tea in smoky teahouses. It’s a whole mix of amazing stuff.” 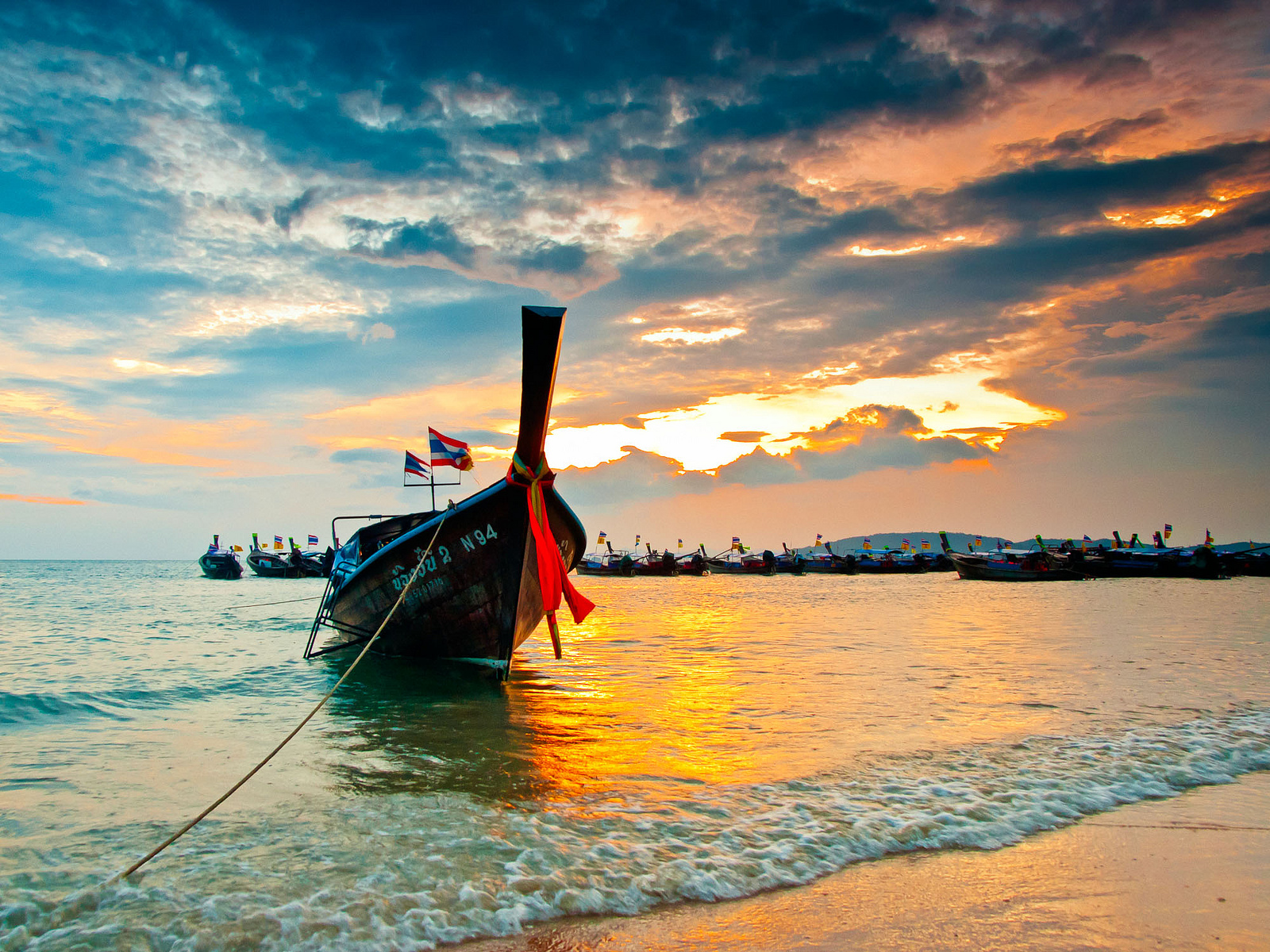 Matt Kepnes, the author of “How to Travel the World on $50 a Day,” who has been on the road for nearly a decade, chronicles his journeys on his budget travel blog Nomadic Matt. Of the more than 80 countries he’s visited, Thailand is this destination he’s found most inspiring.

“Thailand is, by far, my favorite destination. It's the first place I went and thought, ‘I could definitely be a nomad for the rest of my life!’ Plus, the delicious food, cheap prices, friendly locals, and picturesque scenery aren’t bad either.” 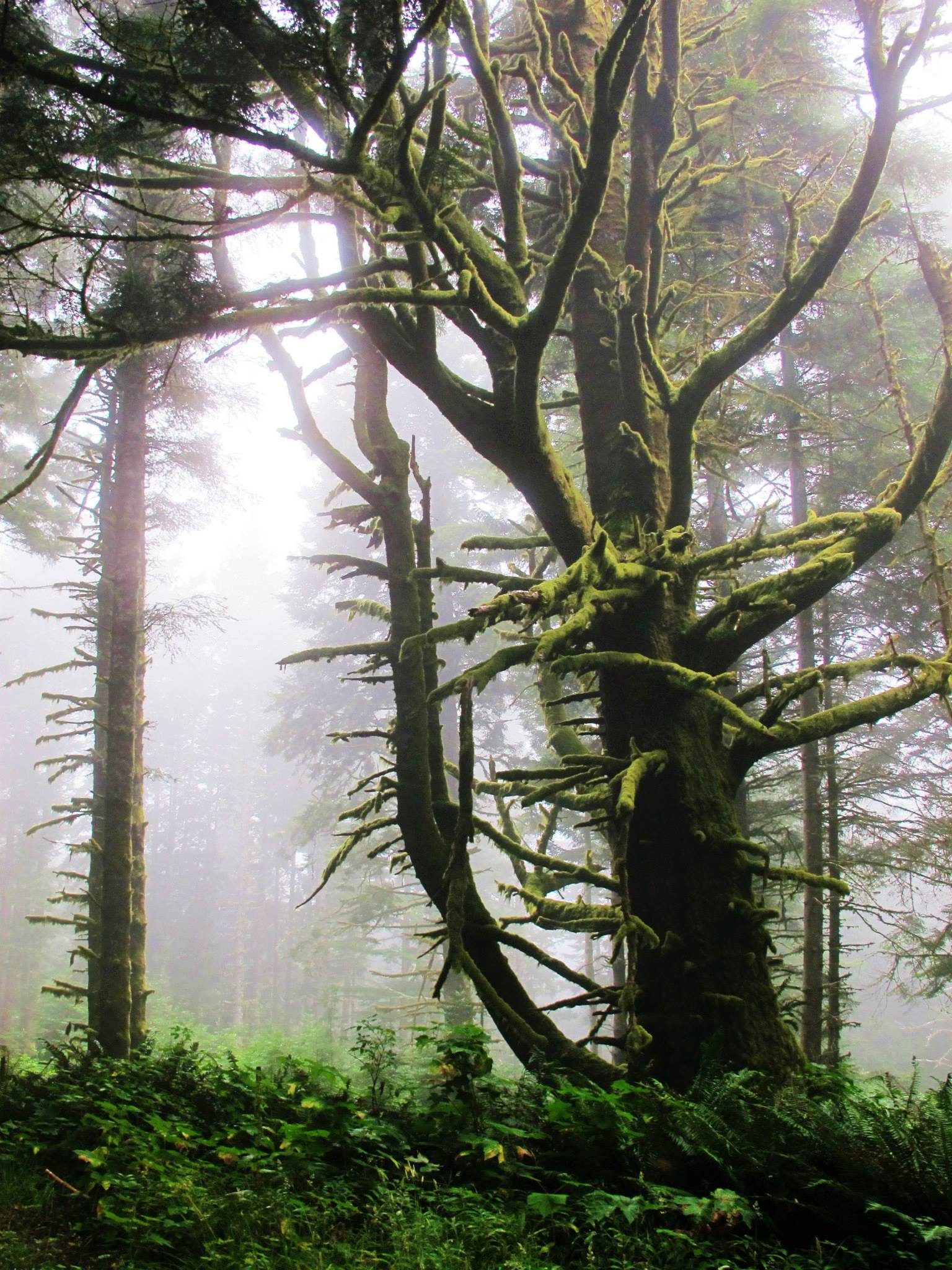 Ashley Halligan, who’s on a mission to infuse travel writing with storytelling on her blog Contemporary Pilgrim, has hitchhiked in Tuscany, explored the Mexican highlands, and embarked on tons of other adventures, but her heart can be found in California:

“Choosing one place that speaks to my soul is a real challenge because everywhere I go shapes me in some way. I've loved flying kites along the coast in obscure little Andalusian towns just as much as I've loved coming face-to-face with the deadly fer-de-lance (a venomous pit viper) in the Amazon jungle. And I've loved chasing the ghost of Dean Moriarty through the Sierra Madres just as much as I've loved being chased by a Godfather-esque restaurant owner while opera blared and ballerinas danced drunkenly around our dinner table in an Italian alleyway. But if I were to choose a place that is my place, I would say northern Cali. All things majestic exist in California—ancient redwoods, rugged coastline, mountains that touch the sky. Perhaps it's partly because I scattered my grandad's ashes in the redwoods, but I love that land like no other place in the world and find myself returning year after year—to the Lost Coast, to the Sierra Nevadas, to the tucked away towns that may not have a radio station, but damn sure have soul. I'll never tire of hopping continent to continent, but I'll always return to California.” 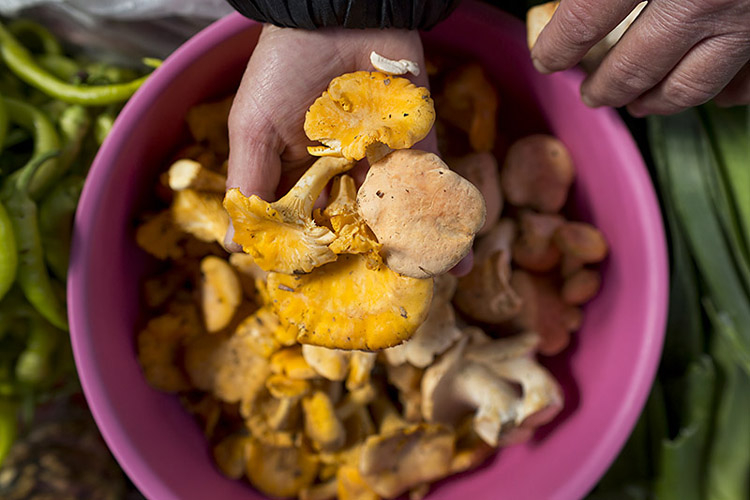 Robyn Eckhardt, who has followed her stomach around the world for her blog Eating Asia, gets her fill of wanderlust (and great food!) in Turkey, her favorite destination.

“EatingAsia photographer David Hagerman and I recently finished a cookbook on the foods of eastern Turkey and Istanbul (“Istanbul and Beyond,” forthcoming spring 2017), and that country remains our favorite place to eat (which is why we travel). We especially love the central Black Sea coast in late autumn, when both hamsi (anchovies) and wild mushrooms are in season. You'll find the former prepared every which way — grilled, dipped in cornmeal and fried, stewed with tomatoes, baked in a pilaf. To enjoy wild mushrooms, it's best to connect with a home cook who will saute or grill them, or wrap them in yufka dough for a borek.” 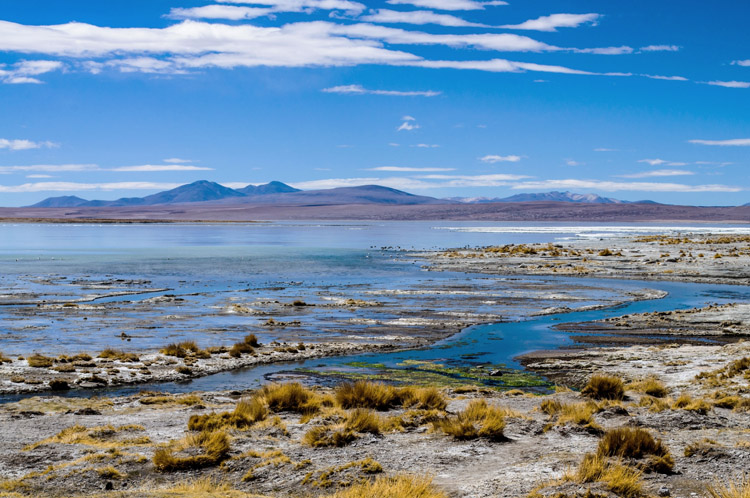 Lanee Lee and Lindsay Taub, the ladies behind the travel blog Voyage Vixens, are always in search of adventure. The experience Lanee has found most captivating is glamping in the Bolivian salt flats.

“The Bolivian salt flats, known as the world’s largest, is a whopping 4,633 square miles — the remains of an ancient, dried up lake covering most of the country’s southwest area. White crusted earth stretches as far as the eye can see with only the sky and a few hills to define its infinite sprawl. In the rainy season from January to March, the ground reflects the heavens, appearing as if you’re walking or driving on a mirror. In the dry season, Salar de Uyuni (the official Spanish name) offers a multitude of optical illusion photo ops. As part of an eight-day tour in Peru and Bolivia with Cox & Kings, staying two-nights on the Uyuni salt flats in a tricked-out Airstream was an otherworldly high. The glamping experience includes transportation to a secluded camping site, where guests enjoy a private chef, a fully-stocked bar for happy hour around the campfire, bikes for exploring, and comfy beds to sleep in while listening to the wind whip wildly across the ethereal nothingness. And if stillness, silence, and solitude is what you seek, you’ll love it too. “ 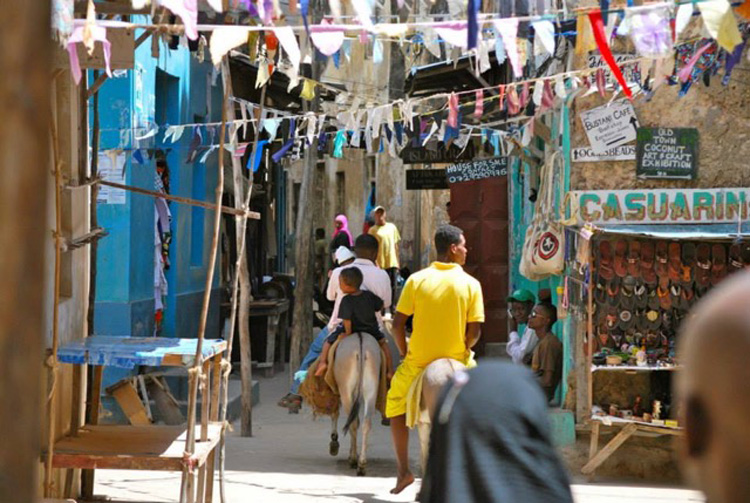 “I keep waiting for another destination to captivate me like East Africa has, but it has yet to happen. Kenya and Tanzania – the peace and tranquility juxtaposed with the brutal reality of life and nature, witnessing the circle of life – are nothing short of magical. The beauty of the landscapes and vastness of the wilderness speak for themselves, but it’s the genuinely kind spirit of the people (everyone from the Maasai to the safari rangers) that has stuck with me the most. From the northern haven of Borana and the Ndare Ndare forest to the coast of Kenya in the Swahili village of Lamu, as well as the epic Masai Mara and the diversity in the Ngorongoro Crater, I love it all and can’t say enough. Don’t wait for an opportunity to go — make one and run!”

Let the Good Times Roll: How You Can Get in the Louisiana State of Mind

It's Time to Take a Little Wandering into Ruidoso