A Letter to the Spouse Who Can’t Always Go 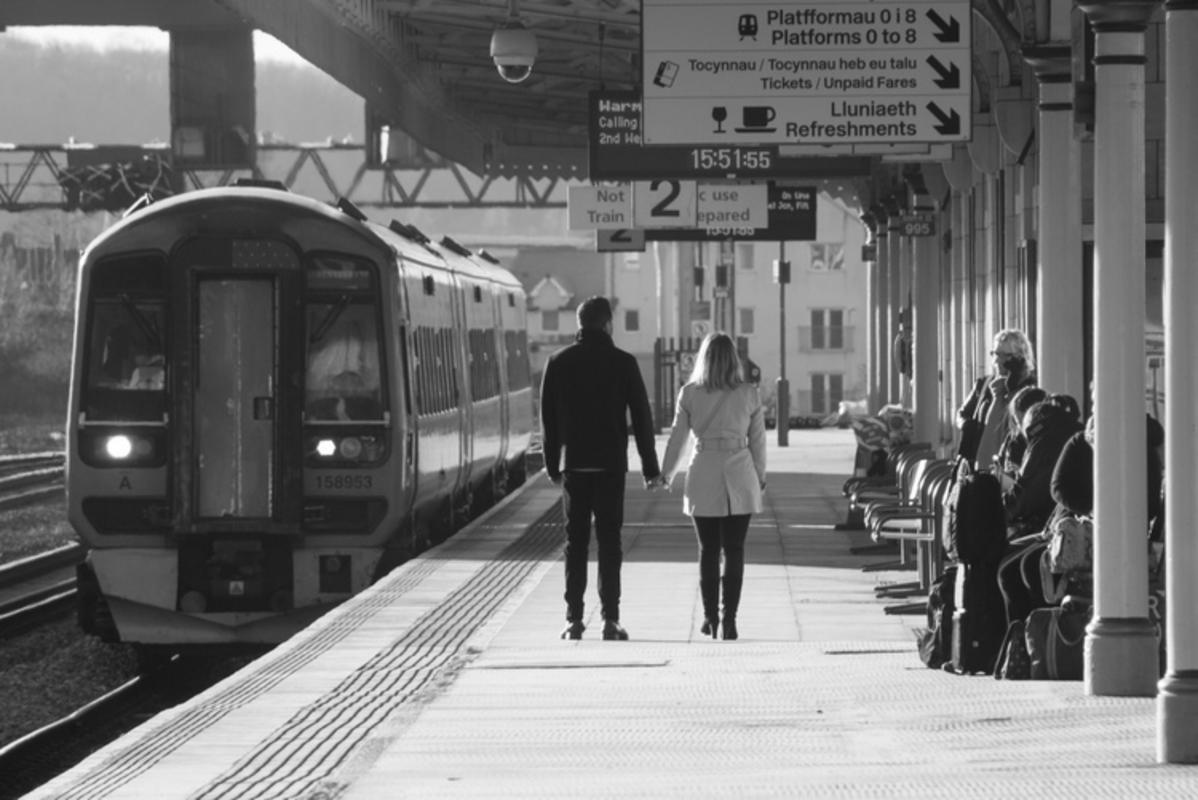 You watch in silence, forlorn as your partner neatly arranges her clothes in the suitcase. She pulls out a bright blue shirt and holds it up to ask you how it looks. You realize it’s new and you think it would bring out the color of her eyes. But you won’t be around to see that when she wears it. For the fourth time in six months, she’s off to explore a new corner of the globe without you. Again.

You can’t help but feel just a little disheartened as she excitedly shares her plans. She’s going to tour family owned vineyards in Italy, run with the bulls in Pamplona, hike through the surreal landscape of the Pyrenees and watch Catalan opera. You smile and try to sound excited for her, but in your heart, you’re afraid she isn’t going to miss you, or worse, she’s going to run into a handsome guy doing all the same things she is.

You’re not sure the exact moment when you let insecurity creep in through the back door. You’d always thought of yourself as open-minded and trusting, and accepted your partner’s sense of independence. In fact, that was one of the first things you found attractive about her. But every time she chooses to go when you can’t, you begin to wonder if that’s something you should be worried about.

If you’re silently trying to wish away your situation, I have something to tell you that you’re not going to like.

At least not unless she wants to. Her experiences shape who she is and without them, she’d hardly be the person you’ve grown to love. You know the sparkle in her eyes when she talks about learning to cook in Thailand or hike up that mountain in Nepal? Nothing else is going to light up her face the same way. Not even you.

For true travelers, the world is so much more than a two-week vacation of all-inclusives or checking off must-dos and must-sees from a list. It’s the thing that sets their soul on fire and that’s something that simply cannot be wished away. It's a kind of love that cannot be found in the arms of any one person.

The good news is that she isn’t looking to replace you.

She’s only chasing the heady fulfillment that comes from knowing you’ve lived your life to your fullest, whatever that might mean. For her, that means venturing off the path a little, observing and understanding the nuances of a world that others only scan over, immersing herself in a foreign culture, and finding herself as she loses her way in the labyrinth lanes in a country where no one speaks her language. When you’ve had a taste of the world like she has, you’re never really alone when you’re on your own and not having someone to go with is never a deal-breaker. She’s going to meet like-minded free-spirited people and some of them will become lifelong friends, but none of them will replace you.

If you still have a hard time understanding what goes through her mind, it’s only because your priorities are different and that’s okay if you can accept it for what it is. If there’s one thing her independence has taught her, it is to respect your choices too. So while you choose to work hard at your career or spearhead the expansion of your business, she chooses self-fulfillment in a different way. Asking her to change while you continue to chase your own aspirations would be just as selfish and unfair as her asking you to sideline everything for an around-the-world trip with her.

Travel makes people strong, confident, independent, and self-reliant. This means that they learn that they’re responsible for their own happiness. You’ll never have to bear the burden of doing things just to please her. It’s not hard to see why such relationships can be more fulfilling, grounded and drama-free.

In a world of endless choices and friends scattered around the globe, you’re the one she picked and chooses to love every day. Surely, it’s reassuring to know that you’re wanted, especially when you’re not needed. As for the part of her that likes to set off in search of new adventures, embrace it with all your heart. Don’t resent her or simply tolerate it, but love her more for it, as that’s part of what makes her special - the girl who can navigate new cities, languages and cultures with ease and can befriend strangers within a matter of minutes. She’ll always want to take you along for the ride, it's just a matter of how often you say "yes."

A Traveler’s Note to the Daydreamer

A Letter to the First-Time Solo Traveler