These Geysers Around the World Will Blow Your Mind (Pun Intended) 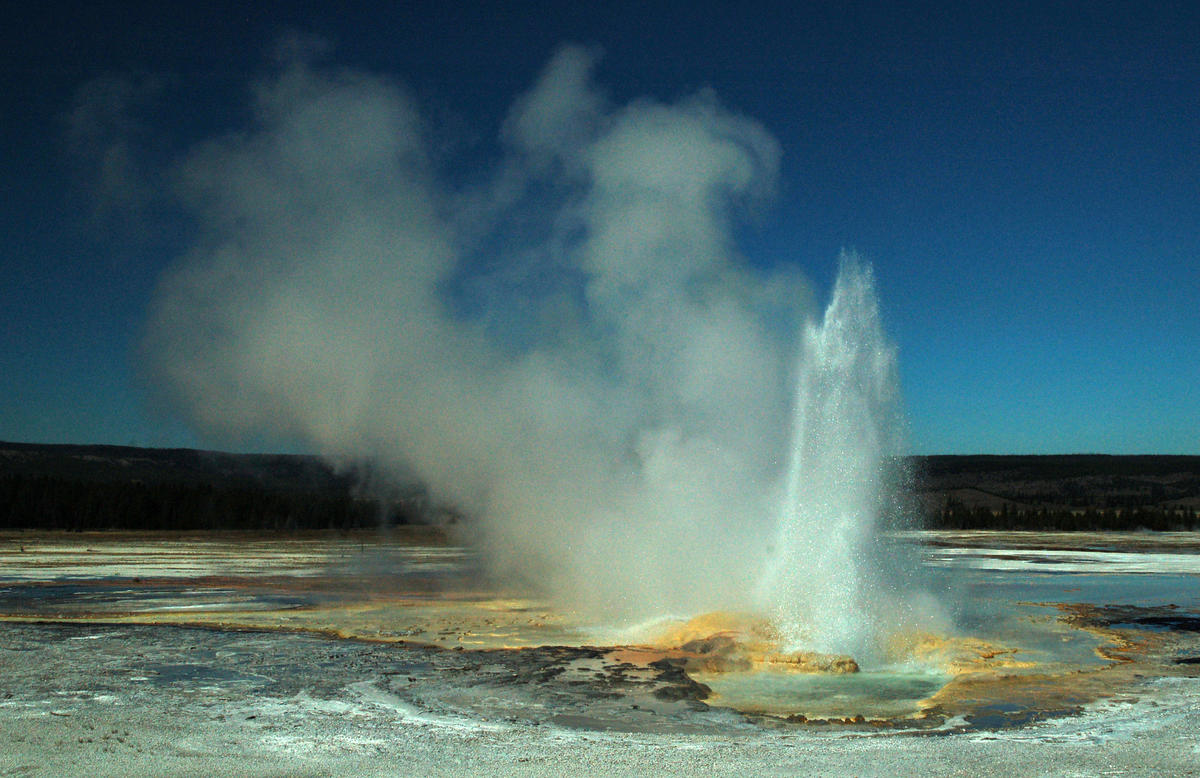 Hydrothermal explosions happen all the time, in almost every corner of the Earth. They are pretty simple by nature, only needing three ingredients - intense heat, water, and a plumbing system - all of which are in high supply on this planet. And BOOM! You have yourself a geyser.

These natural water shows are spectacular to behold. They are typically the result of magma beneath the surface, superheating underground water - so take caution! Respect the geysers, stand back and appreciate the incredible power behind the chemical reaction. There are over 1000 known geysers in the world, but here are a few of our favorites. 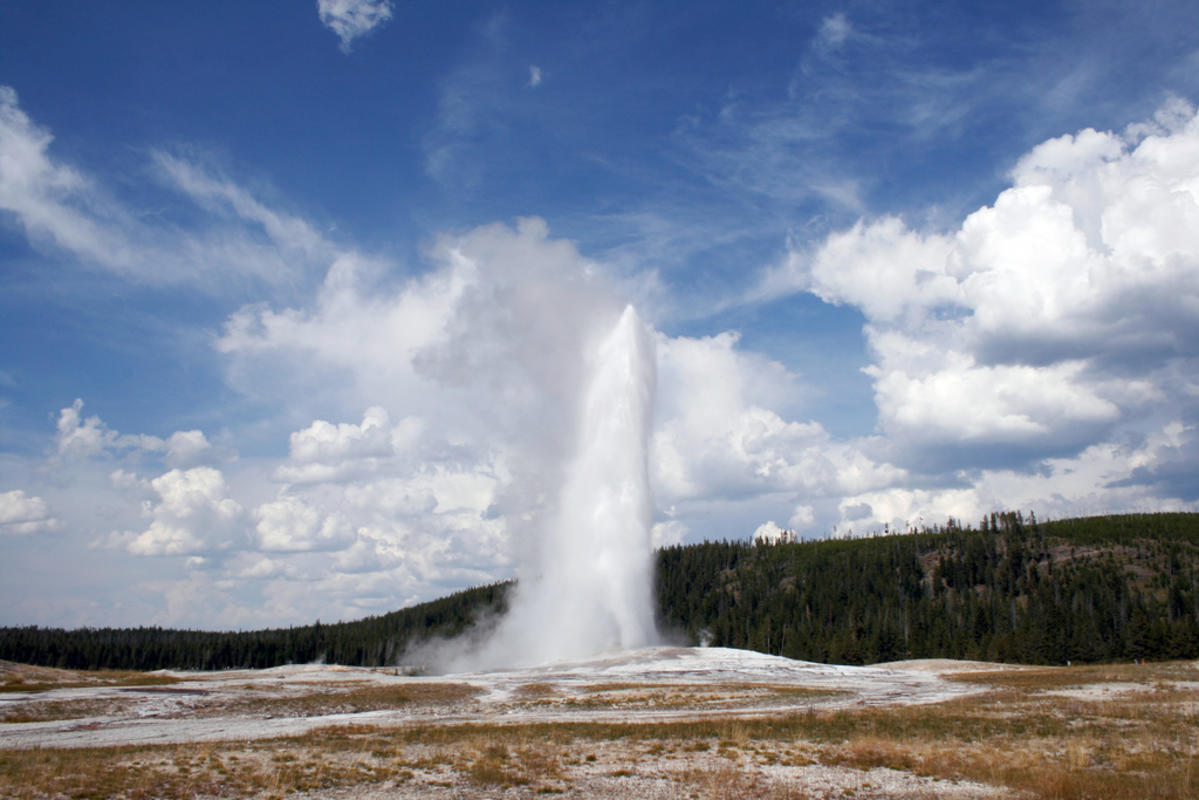 Yellowstone is a very good place to find geyser action. Why? Because deep beneath the surface of this picturesque, totally wild national park is a very large hotspot of basaltic and granitic magma churning and building towards an unimaginable explosion of molten earth and volcanic rock. But that’s a long way off. Hopefully… Anyway, Old Faithful is one of hundreds of active geysers in Yellowstone, and is also one of the most famous geysers on the planet exploding every 60 - 110 minutes. That's almost 17 times a day! It's very likely when you visit you'll catch a show, as long as you don't mind fighting your way through the throngs of tourists. 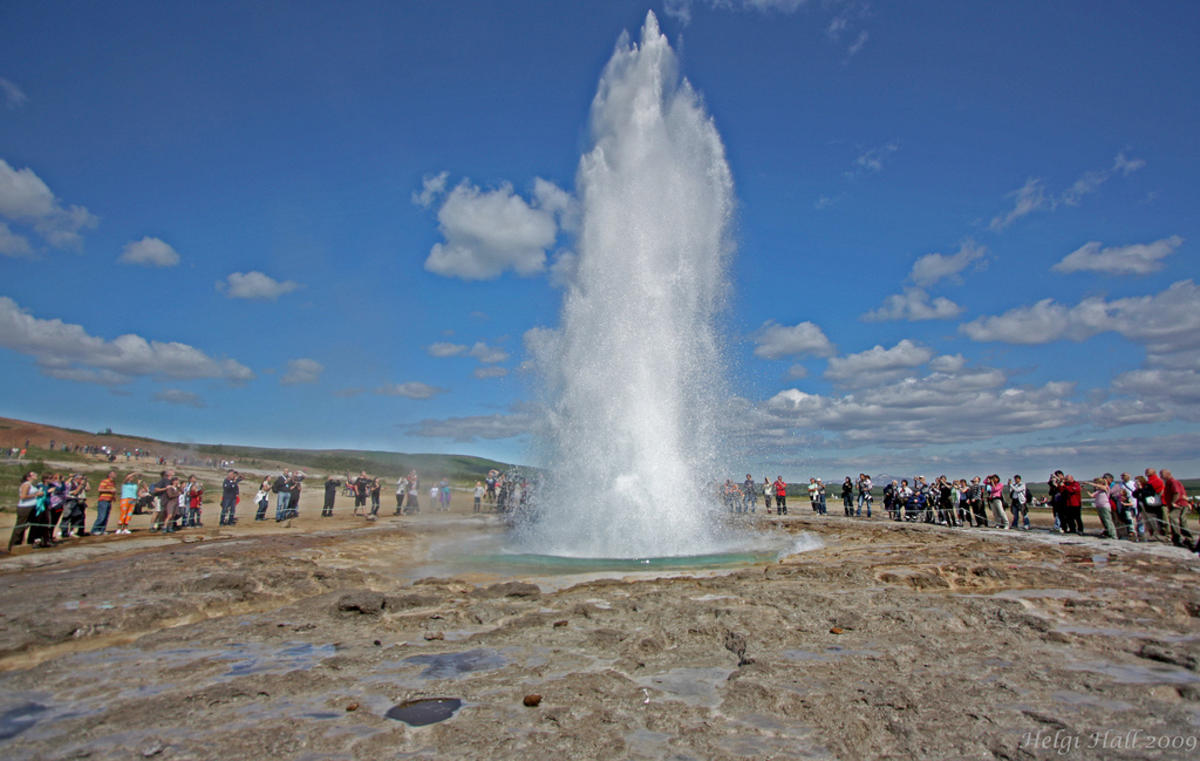 Outside of Yellowstone, Iceland is perhaps the best place to see geysers. This one, in the Haukadalur Valley in the west-central throws of the country, is historic because it was the first geyser to be described by someone in print in the 1800s. But this eruptive fountain is also ancient - geologists estimate that the Great Geyser has been active for some 10,000 years! Unlike Old Faithful, the power and consistency is more difficult to predict and have varied over time with earthquakes and volcanic activity in the region. But it typically erupts three times a day, sending a column of steaming water as high as 230 feet in the air! 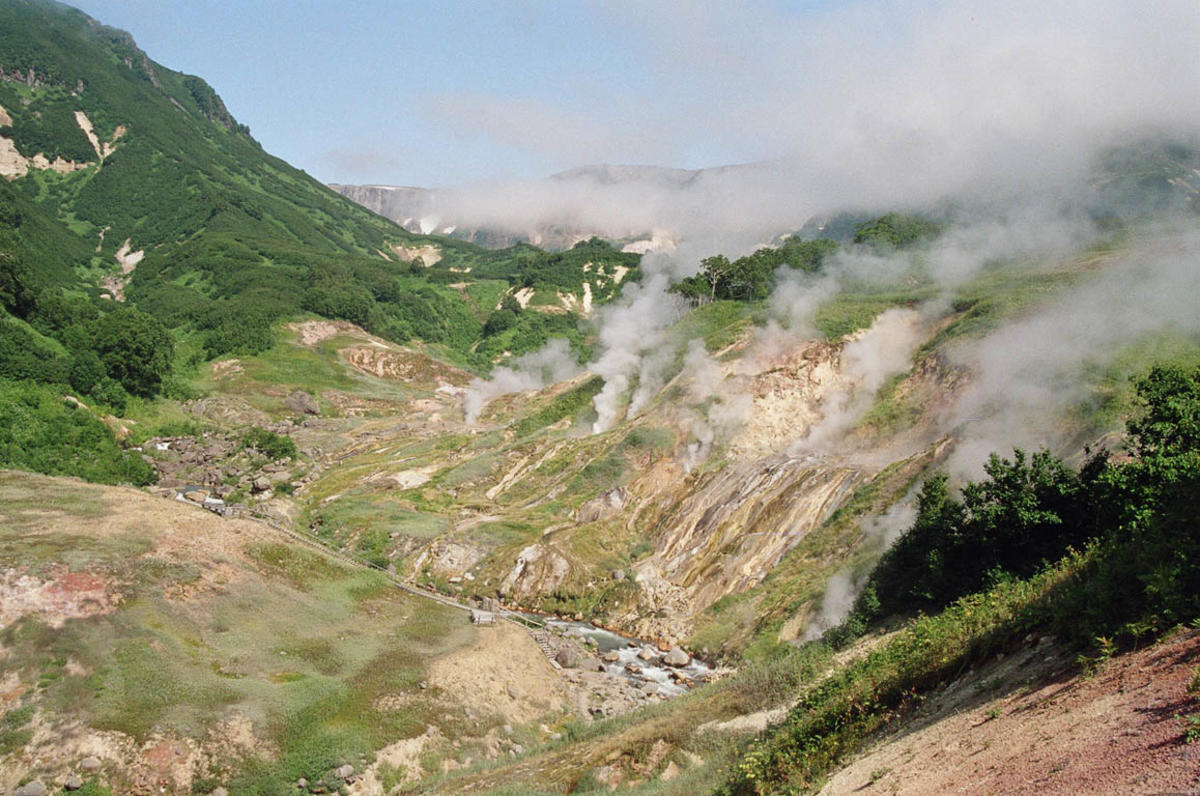 When you go so far east in Russia that you’re almost in Japan, you’ve arrived at the Kamchatka Peninsula, a place on the edge of the Earth’s tectonic ring of fire. The Valley has over 90 geysers, many of which are still unnamed, and many hot springs - which makes it a hotspot for tourists from around the world. The volcanoes in Kamchatka are UNESCO World Heritage Sites, as well and are definitely worth a visit if you are in the area. 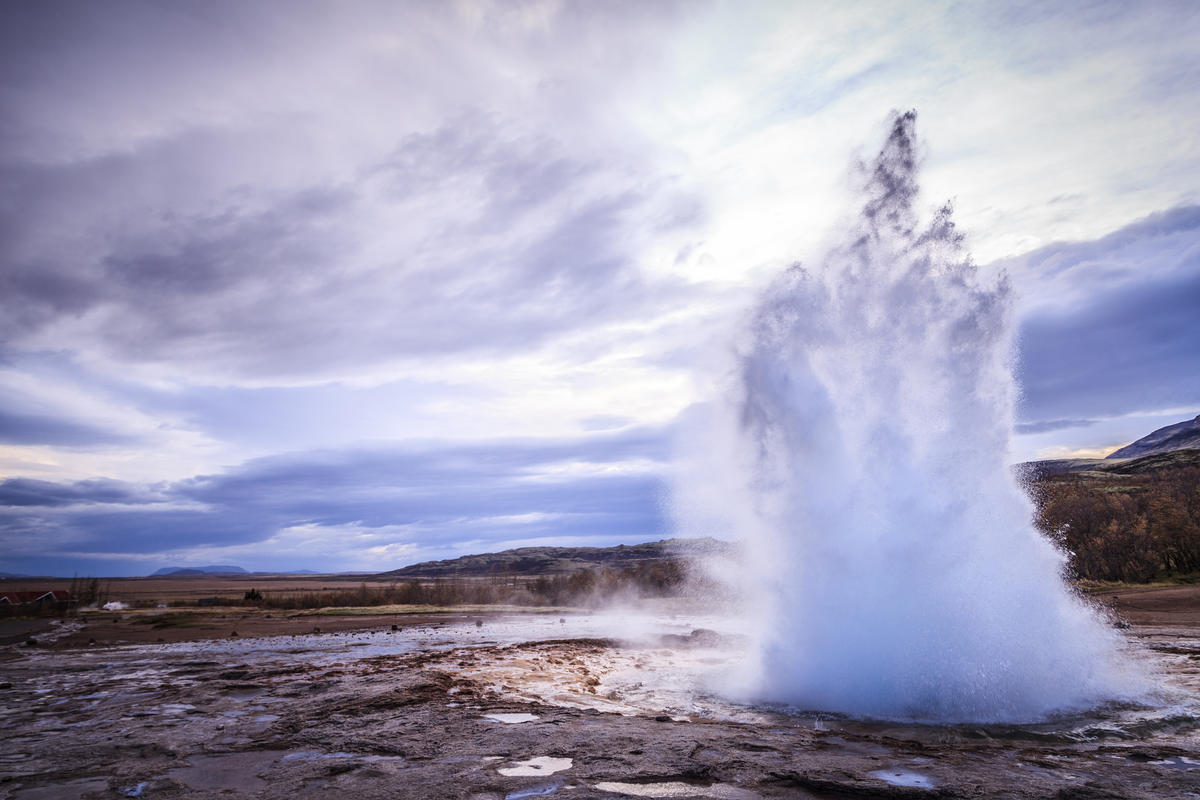 The most iconic of the Icelandic geysers, and for good reason: Strokkur doesn’t just create the tallest column of water in the country, but it does so with incredible regularity, erupting sometimes as often as every five minutes! It was first noticed in the late 1700s after an earthquake opened up the Earth and it started spewing water. Then in 1963, the Geysir Committee of Iceland made the executive decision to open up the geyser’s conduit. The result was the powerful and highly active geyser that can be seen today. 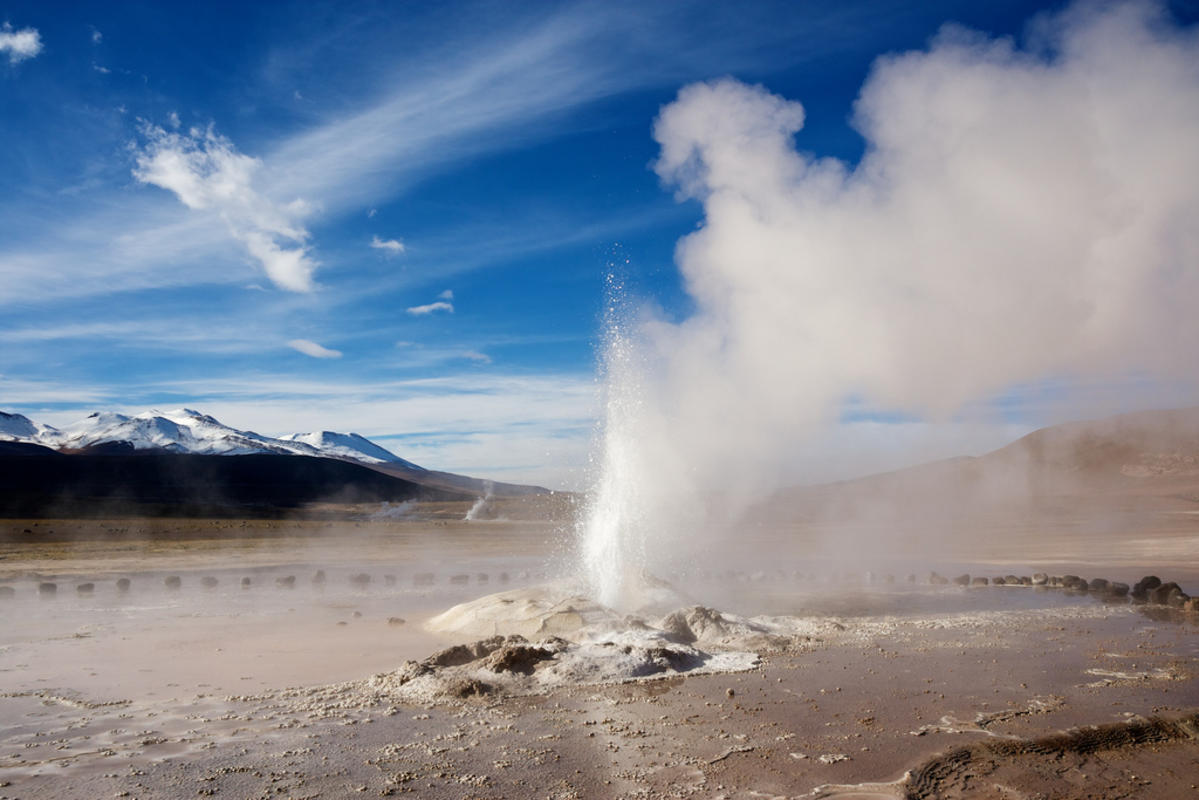 “The Grandfather” (as the playful name means) is one of the highest elevation geyser fields in the world, located 13,780 feet above sea level. The geysers here, while not as explosive as some, are surrounded by the awesome beauty of the Chilean Andes, giving them one of the best backdrops anywhere. This is a popular tourist destination, and people can bathe in some of the naturally heated pools. Be careful though because in some places, just a thin layer of crusted soil covers up deadly pits of boiling mud… not a place you want to find yourself. Going with a guide is highly recommended. 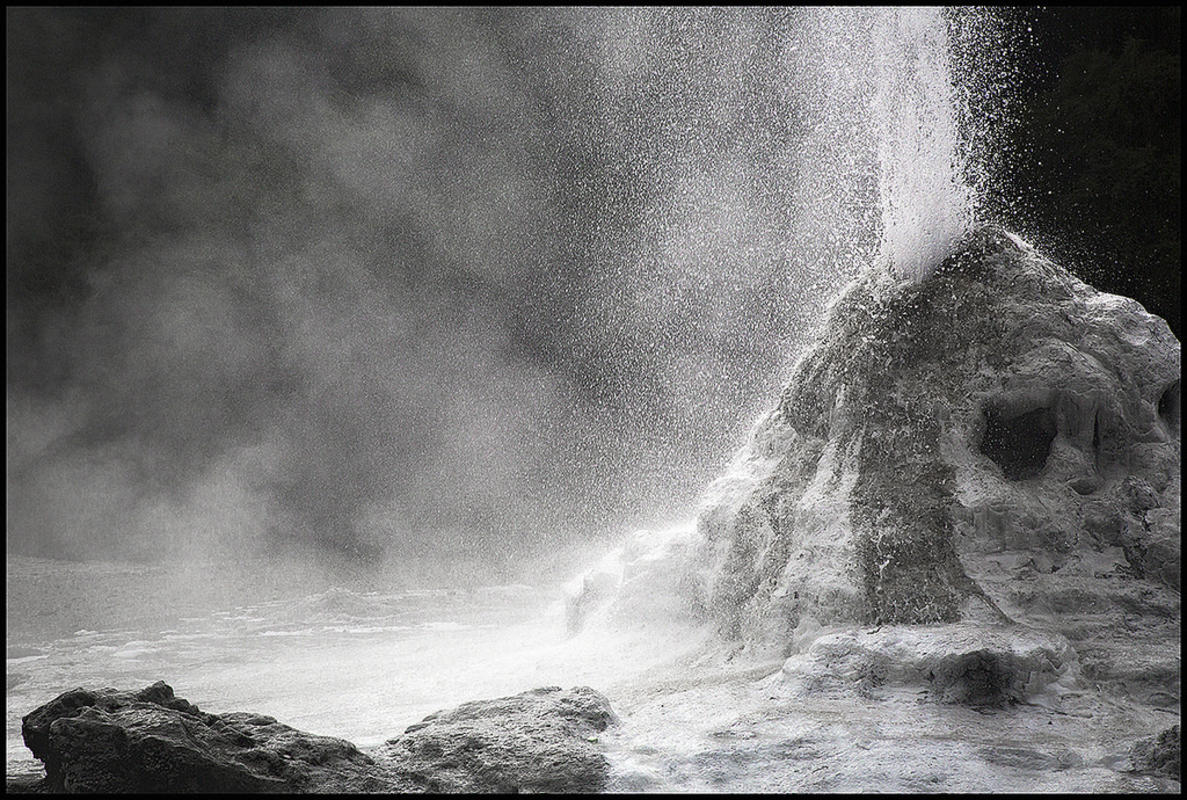 Sometime in the early 20th century, escaped prisoners were washing their clothes in the water at Lady Knox Geyser, and much to their surprise, when they added soap, the geyser exploded, sending water and their tighty-whities soaring through the air. Soap decreases the surface tension of water, and is still used as a chemical reactant to coax the geyser into erupting. Everyday at 10:15 sharp, the geyser does its thing: shooting water 65 feet into the air for over an hour.