By Robert Patterson
Save 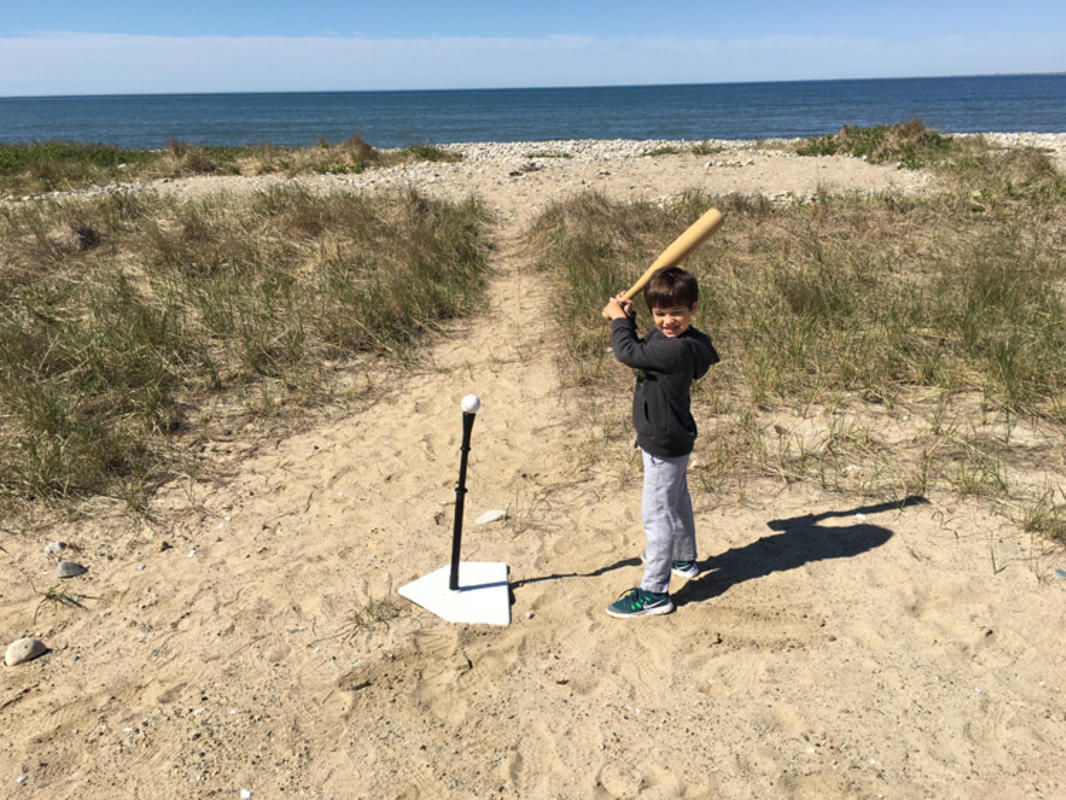 This article was proudly sponsored by Go RVing.

Growing up, camping was a big part of my life. As an active Boy Scout, I spent many of my favorite weekends in tents around a campfire. My family was also big into the outdoors, making the annual summer pilgrimage to upstate New York’s Thousand Islands’ region. In high school and college, most of my breaks were spent traveling with friends to concerts, either sleeping in our cars or staying somewhere nearby.

As an adult, though, those times seem like a distant memory as vacations get more luxurious and urban. As my children get older, it is becoming increasingly important to my wife and me that they have some of the same memorable camping and nature experiences I had with my family growing up.

We decided to remedy this with an impromptu five-day, 700-mile RV road trip through southern coastal New England. Starting in New Jersey, we drove through five states, stayed at a handful of campsites, saw plenty of local attractions, and met wonderful people along the way. RVing was a great way to ease the kids into nature as it offered a way to experience the outdoors, while still returning to a comfortable roof over our head. It proved to be a much more personal experience than your average, run-of-the-mill hotel.

Here are some snapshots from our first (and hopefully annual) RV road trip: 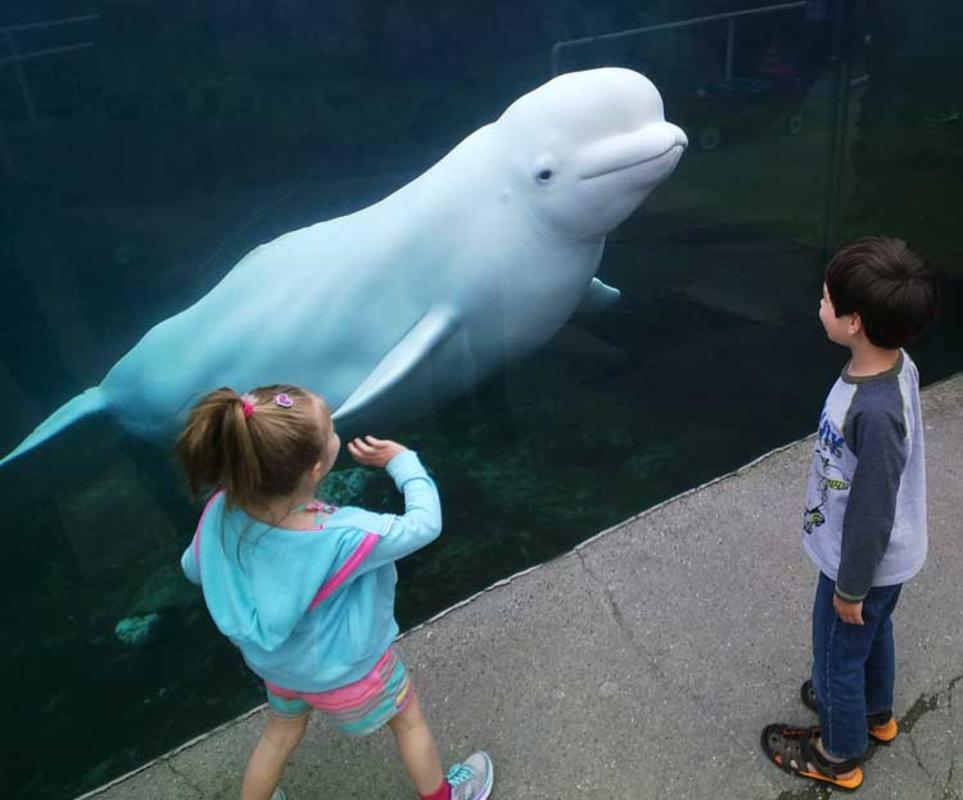 Our first stop was Mystic Aquarium, one of the nation's leading aquariums. Diverse sea life exhibits and interactive displays allowed us to get close to the marine life including petting stingrays, Steller sea lions, African penguins, Beluga whales, and many other aquatic creatures. From Mystic, Connecticut, we drove 80 miles southeast to our first campsite on the coast.

On recommendation from a local, we spent the night at Horseneck Beach State Reservation, located at the southernmost tip of eastern Massachusetts. One of the most popular parks on the east coast, the protected area features picturesque marshland along with an estuary teeming with flora and fauna to explore. The drive was a bit long, but the kids had brought plenty of coloring books and toys to entertain themselves. 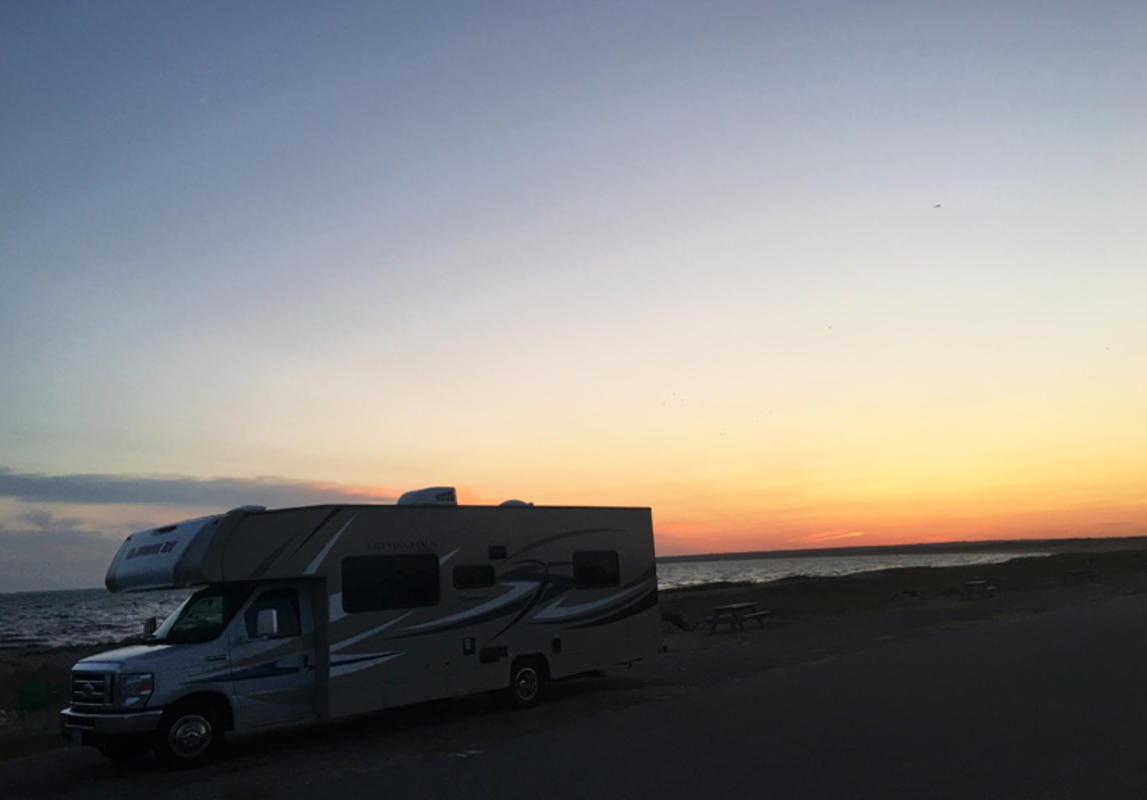 The campgrounds were spacious and offered an incredible view of the Atlantic Ocean with two whole miles of beach practically all to ourselves. Having arrived at night, we knew we were in for a treat when we awoke to a stunning sunrise over the water, which we could see right from our RV bedroom. While we cooked breakfast in our warm digs (it was chilly out there), it was close enough we could keep a watchful eye on it from the window.

Brightly colored rocks lined the shore, ensuring the lapping, inviting water didn’t get too close to our campsite, but that didn’t stop us from walking the length of the beach. We spent the day collecting seashells, flying kites and soaking in every moment together. 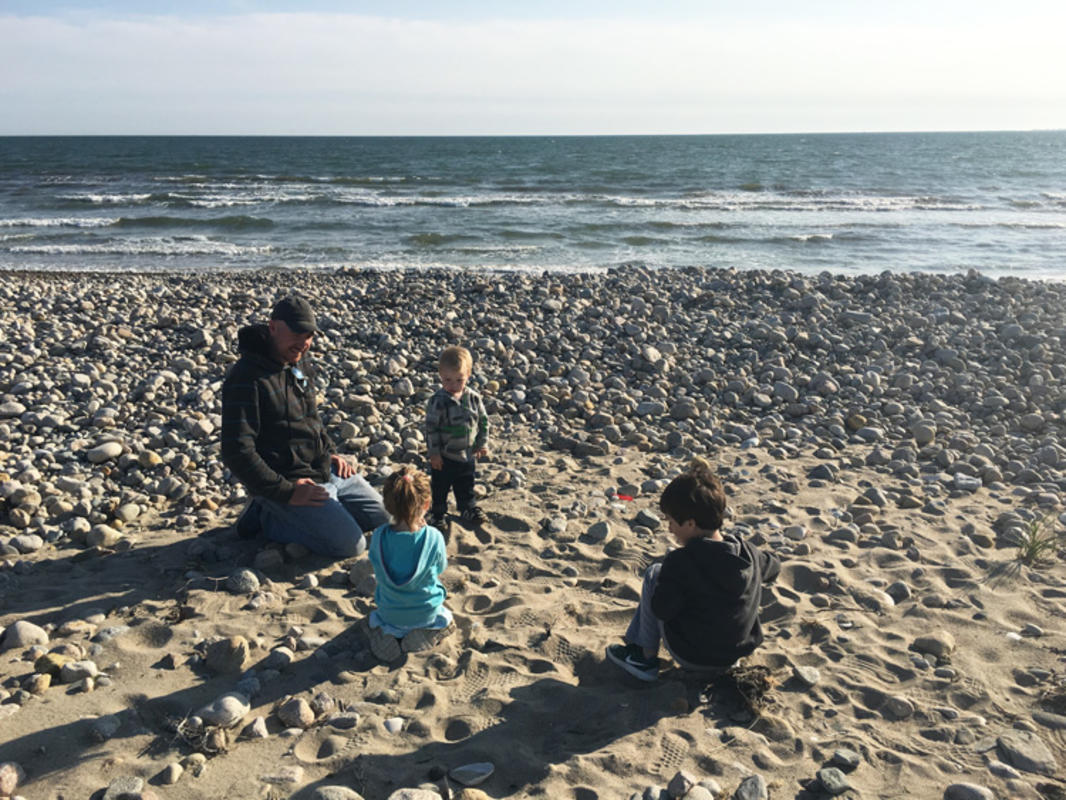 Our last night at Horseneck Beach featured a spectacular sunset followed by a night of stargazing and listening to the sound of the tide gently wash the rocks ashore. The kids were wowed by the sky opening up, since we’re not often able to see the Milky Way from our suburban home.

Sad to depart, we bid adieu to the beach and headed up to Cape Cod. The wooded campsite was a nice change of pace and we became fast friends with our neighbors. The kids played as my wife and I learned about the area from our fellow RVers and were impressed by how welcoming and knowledgeable the community is. The campsite was located in North Truro, which offered easy access to nearby towns and attractions. 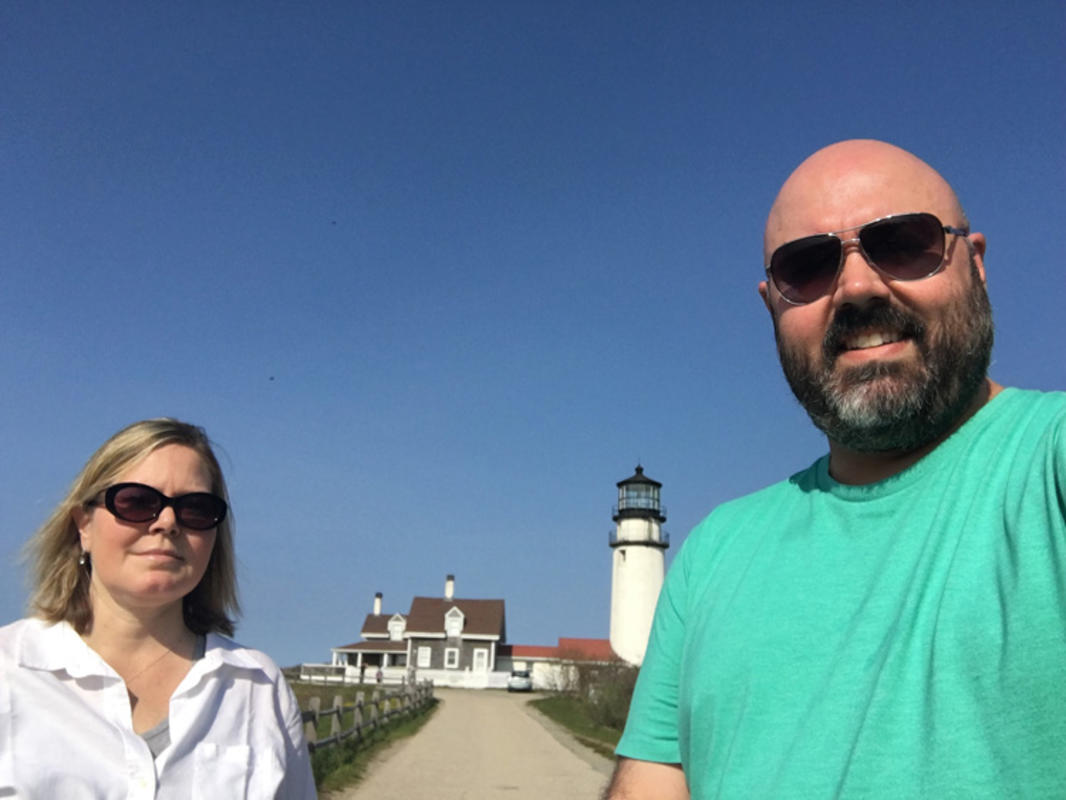 Highland Lighthouse also known as “Cape Cod’s First Lighthouse” was close to our basecamp, and we’d be remiss to tour New England without checking out at least one lighthouse. Despite having plenty of snacks on hand in our RV kitchen, patience was wearing thin so we decided to head to Provincetown for dinner and to see the sights.

A quaint town at the very tip of Cape Cod, independently owned shops like Happy Camper line Commercial Street. We walked up and down perusing the boutiques, people watching and sampling the local cuisine. 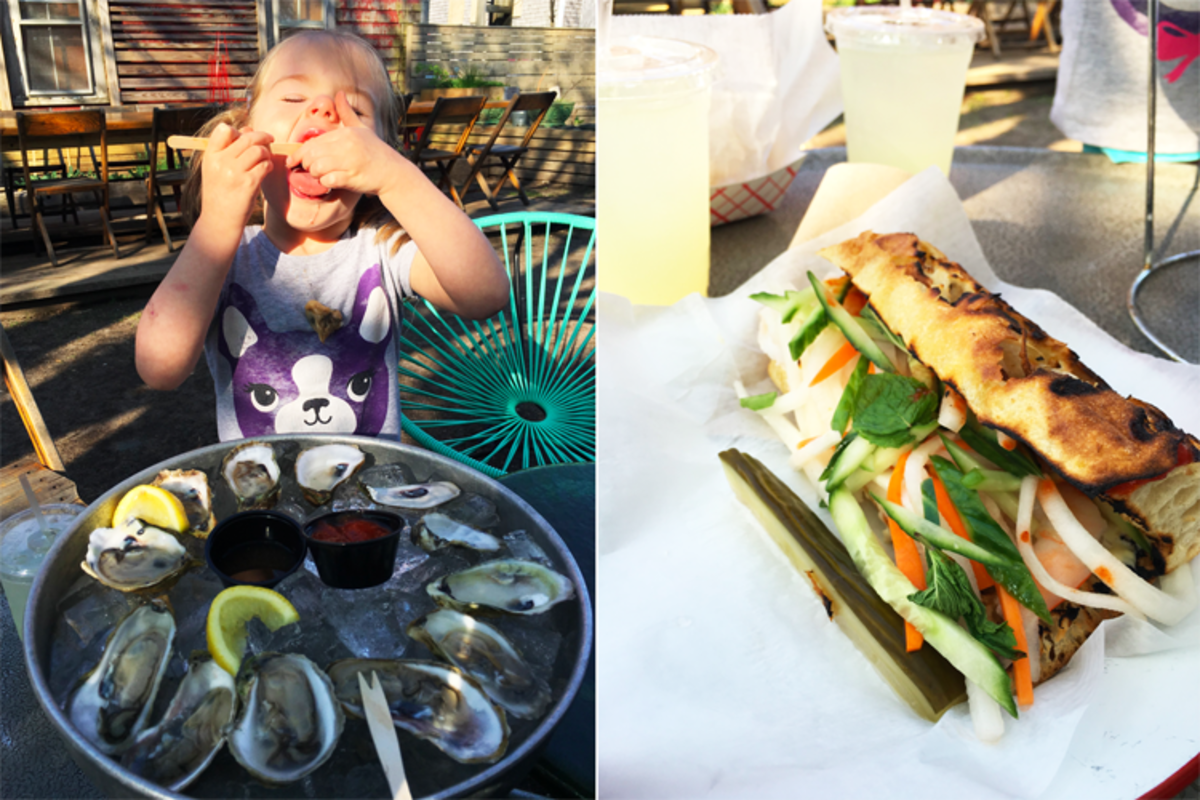 Outdoor dining at The Canteen included Lobster Rolls, oysters and a shrimp Banh-Mi, a feast of epic proportions highlighting all the local seafood delicacies. Olivia was feeling especially adventurous and took to trying oysters for the first time (she actually devoured nine of the dozen we ordered)!

Stuffed to the gills, we took to the streets to walk it off, sightseeing and checking out the coast. The shore is visible from many of the shops and restaurants, each offering a better photo op than the next. MacMillan Pier also offered beautiful views of the Cape Cod dunes, jetties and beaches. 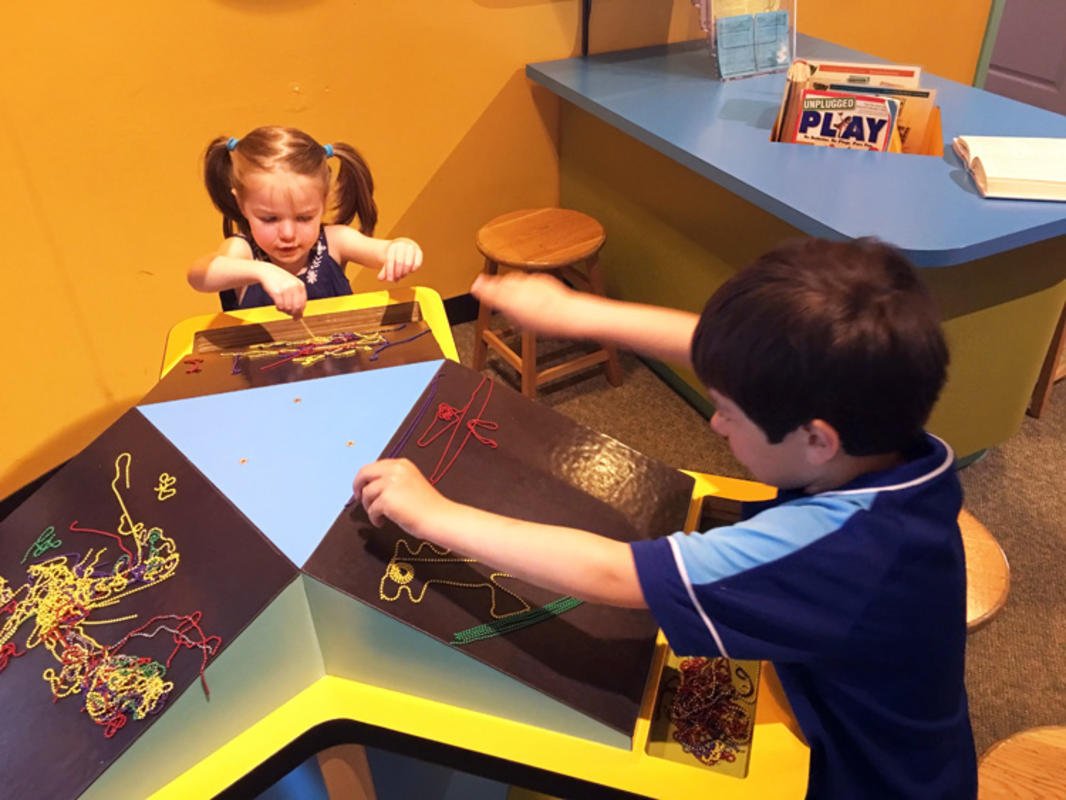 Before returning home to bunk up for the night (our warm beds were calling), we stopped by the Providence Children’s Museum. The kids were able to play and get hands-on with many exhibits, including imaginative fairy houses and tall tales. Who says you can’t mix camping, culture and education?

Our last day was spent at Riverdale Farm Campsites in Connecticut. A family owned and operated campsite on the grounds of a colonial farm, it was an incredibly unique place to go off the grid for a bit. Nestled between a winding country road and the meandering Hammonasset River, the campsite was incredibly family-friendly and offered numerous recreational activities like tennis, swimming, fishing, and more. We wished we had more time to take advantage of all the amenities, but our trip had come to an end and we vowed to return.

The kids were sad to leave, but we’re looking forward to our next RV adventure very soon. My wife and I have already started researching our next family trip out west later this summer. Because you know what they say – the family that RVs together, stays together.

7 Charming Lighthouses You Can Actually Sleep In