We're Obsessed with Prague (and You Should Be Too!)

In the heart of Europe lies Prague, a city alive with culture and history, the perfect blend of modern and antique. This cultural center of the Czech Republic appeals to a variety of travel tastes; from displays of varying architectural styles to historical centers and buildings and even breweries, Prague is filled with attractions to satisfy any interest. No matter the passion, there are some sites that can't be missed. 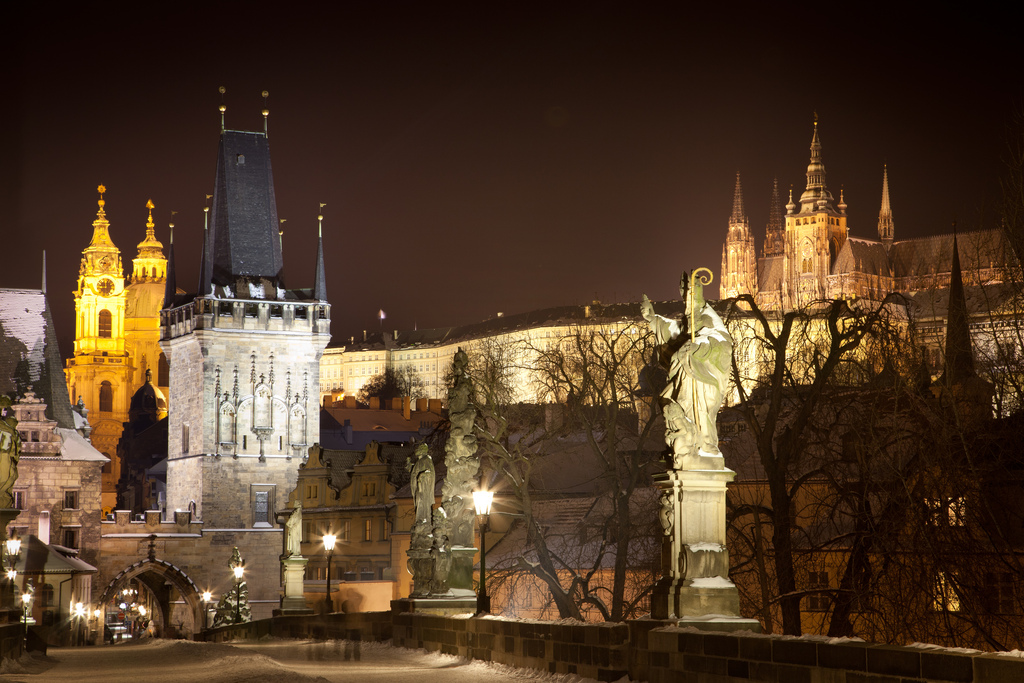 The Prague Castle dominates the city skyline and is an important cultural monument. The "castle" is actually a mix of cathedrals, fortifications, and residential and office buildings. Construction began in the 9th century and continued until the early 1900s. The castle complex showcases the architectural styles commonly used throughout the centuries, from early Roman styles to Gothic design. The Prague Castle currently serves as the office of the president, and guards in uniform can be seen patrolling throughout the grounds. The buildings are also home to the crown jewels, relics of kings, and historic artwork. The castle offers guided tours or audio guides so tourists can get the most out of their visit to Prague Castle. 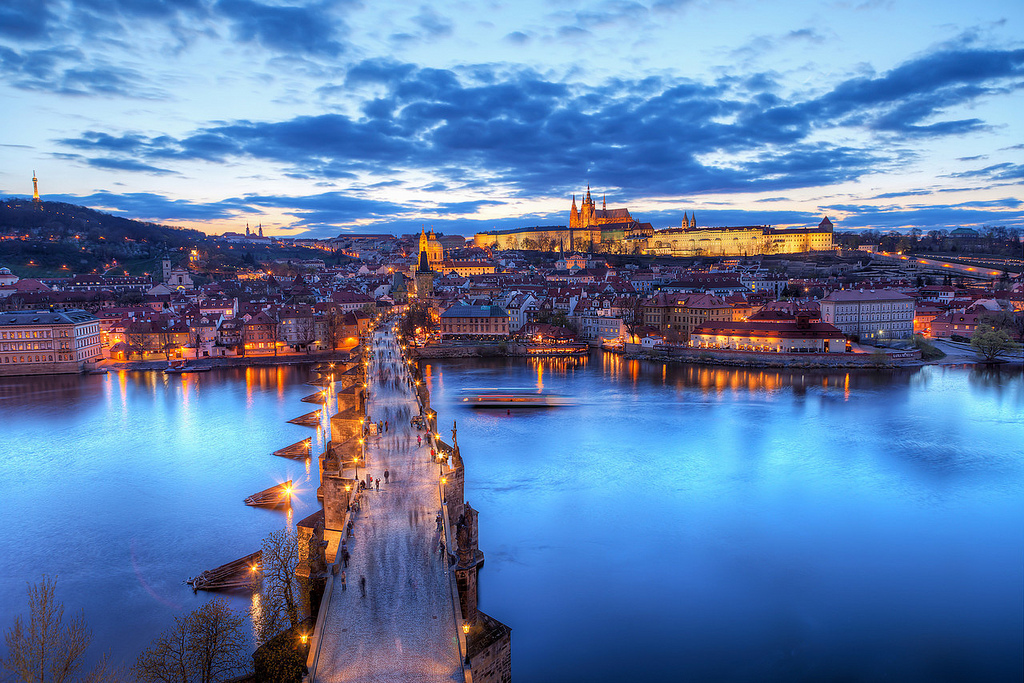 The Charles Bridge extends majestically over the Vltava River, perhaps one of the most familiar sites in Prague. The bridge is the oldest in the city, originally built in 1357, connecting Prague Castle with the Old Town. Sculptures of Christian saints dot the 1,770 ft. bridge, and at each end stand a tower. The Gothic tower on the Old Town side, completed in the 14th century, is considered an architectural masterpiece. During the day, the Charles Bridge is filled with tourists, street vendors, caricature painters, and musicians. Tourists can walk over the bridge on their way to and from the Castle, taking in views of the city and the river below. 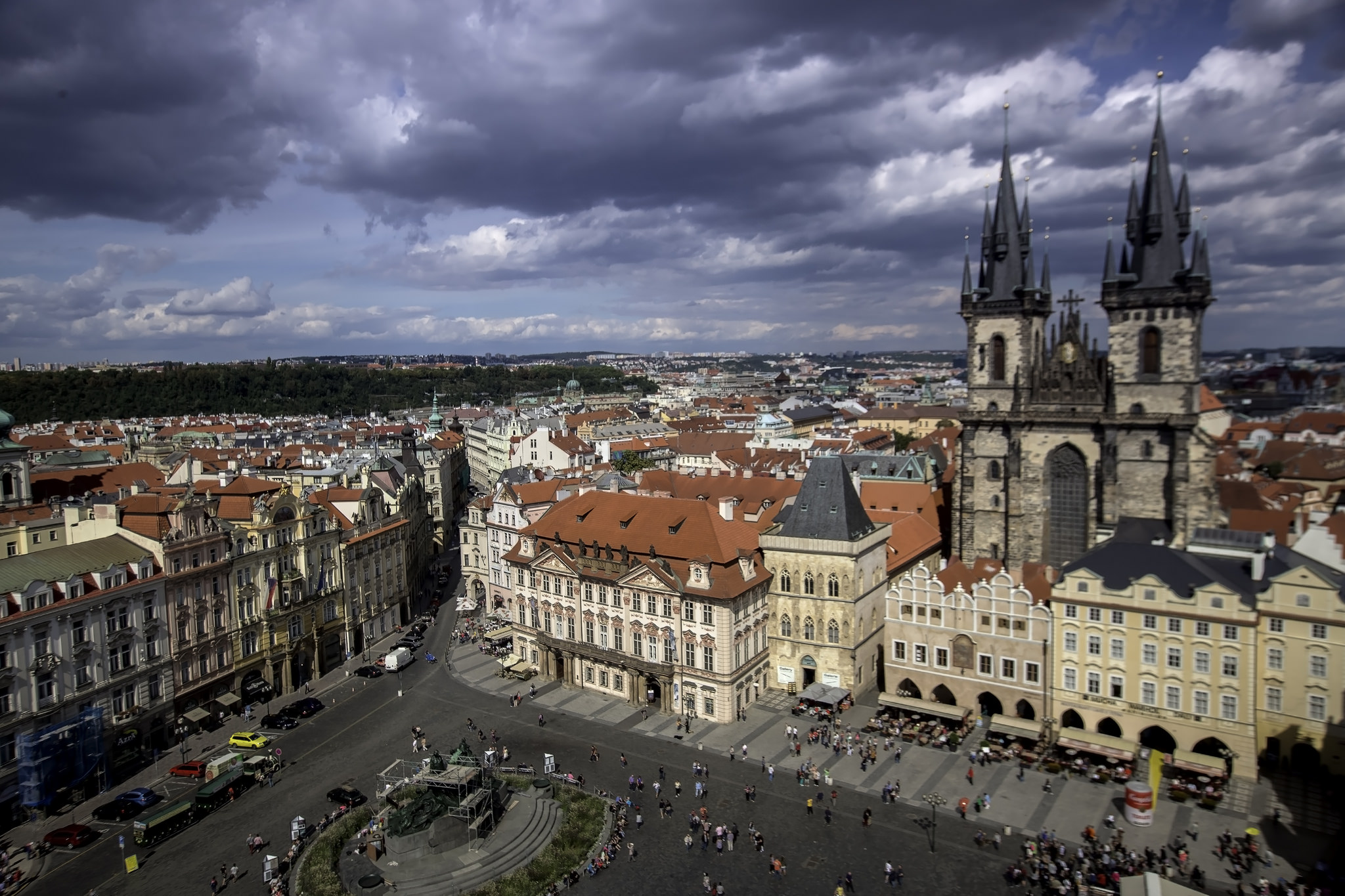 The Old Town Square is an attraction on its own with Baroque facades and statues, but the most notable sight-to-see here is the Astronomical Clock. The clock is mounted on the outside of the City Hall, and shows an astronomical dial with the positions of the sun and moon. The clock also has another unique feature - on every hour when the clock chimes, there is a show of figures of the Apostles and a skeleton, representing death. Although the clock was damaged by Nazi troops in 1945, the original clock was designed in the 14th century. 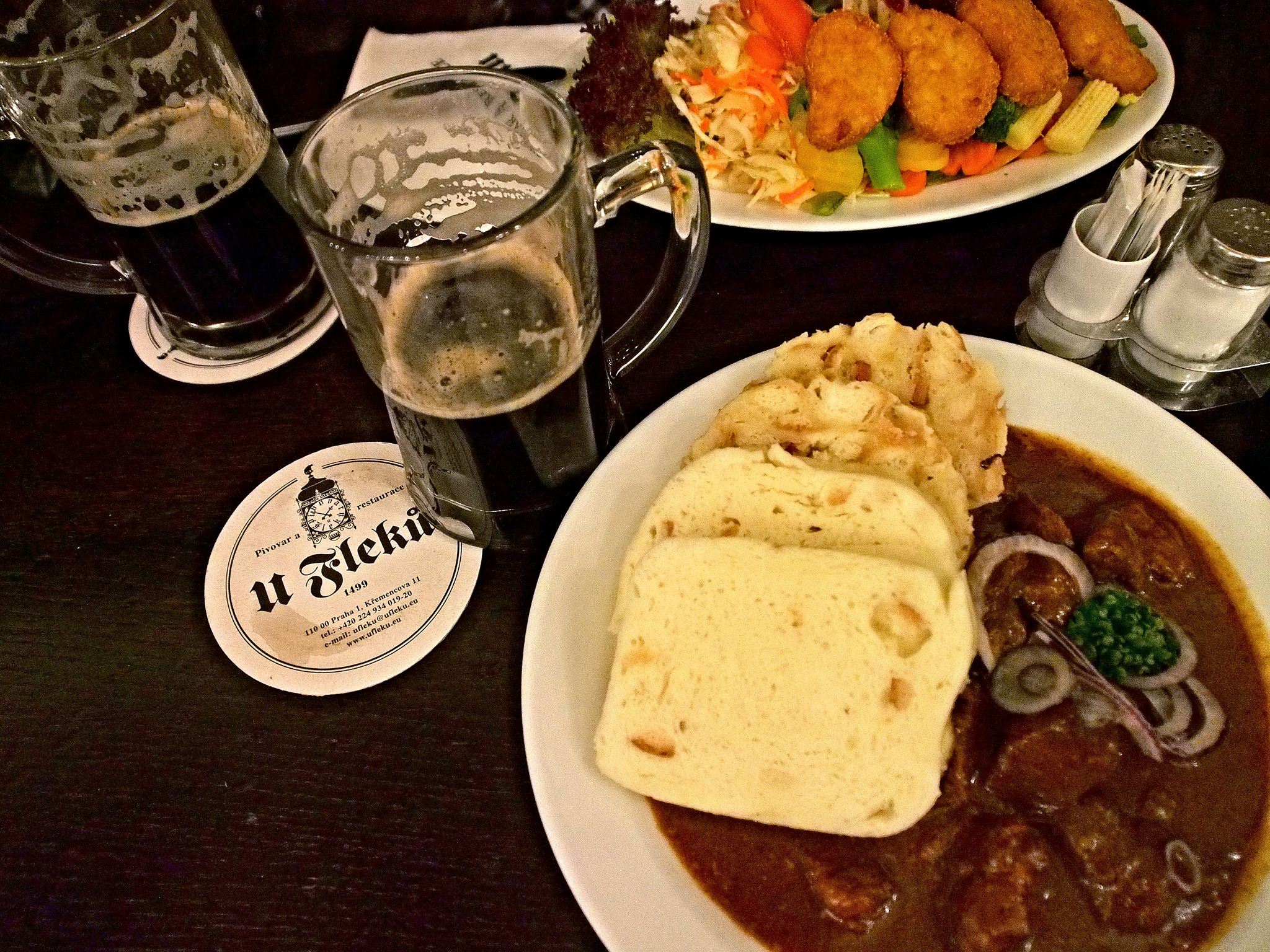 For those that want to sample the culinary achievements of Prague, a visit to the oldest brewery and restaurant is a must. The huge U Fleku restaurant has been brewing beer for over 500 years. There are eight different dining rooms, in which tourists can experience traditional Czech food and beer and listen to accordion players during the meal. The menu features a variety of meats like goulash, sausages, and duck, soups, bread dumplings, and desserts. Be sure to try the only beer on the menu, U Fleku's own lager. 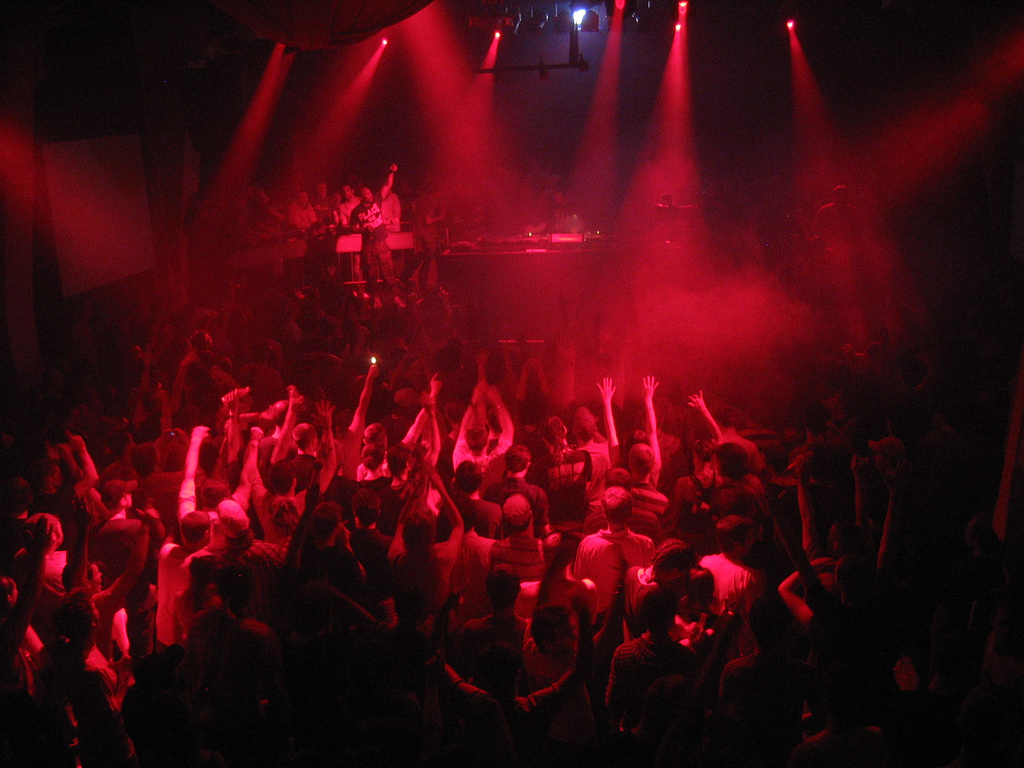 Though at first Prague might seem like an unlikely hotspot for nightlife, the city's variety of bars and clubs should not be missed. For those seeking to visit the biggest and best in every city, there's the Karlovy Lazne, the biggest club in central Europe with five different floors located right off the Charles Bridge. Travelers who enjoy a bit of fun nostalgia must experience 80's night at Lucerna Music Bar. But consider yourself forewarned: you will be singing along to George Harrison's "Got My Mind Set On You" and Michael Jackson hits next to enthusiastic Czechs who know the lyrics better than you do.

How to See Dubrovnik in a Day