The Best Secret Spots for Arts and Culture in the U.S. 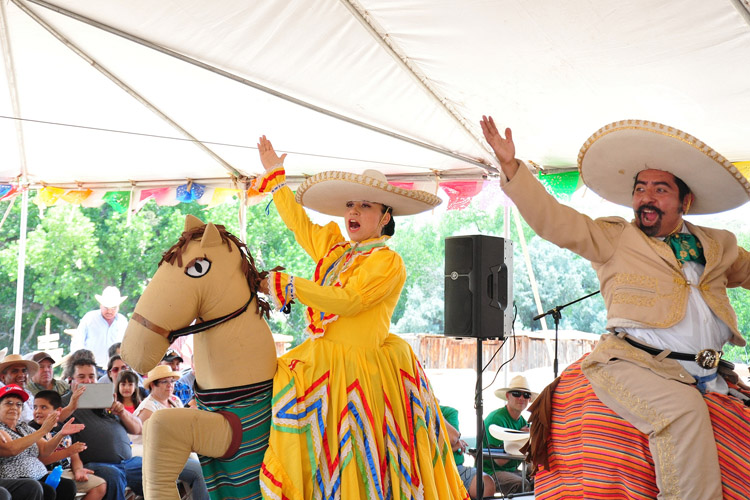 Virtually every decent-sized city and tourist area has at least a couple of quality arts and culture attractions. From museums to historic sites, it’s fun to explore such places to learn a bit more about the past of the area that you are visiting. Although huge museums and super well-known landmarks can be found all over the place, sometimes the more interesting places are the lesser-known ones. As you journey around the country, make a point of stopping in at a few of the quirkier – and more memorable – arts and culture sites that you encounter.

From Key West’s Ernest Hemingway house to Seattle’s Science Fiction Museum, there are many exciting and unique places to explore from coast to coast in America. Visiting museums and landmarks helps you paint a picture about what matters the most to the people of any given region, and can open your eyes to a number of things that you’d otherwise never learn about. As you make your travel plans, then, make it a point to seek out culture and arts attractions that will give your visit a more memorable spin.

You don’t have to spend all of your time inside stuffy museums in order to enjoy topnotch arts and culture attractions. If you’re not a fan of perusing the halls of large museums, never fear: There are plenty of other ways to learn more about the history and culture of any given area. The key thing is to keep an open mind and to be will to visit places that are a little bit different. Consider one of these options:

Simply strolling the streets of the quirky, offbeat city of Austin is an education in art, culture and history – but there are many great sites to explore, as well. If you get a chance, stop by the O. Henry Museum to learn more about the man who was best known for writing “The Gift Of The Magi.” His home has been turned into a museum where visitors can learn more about him; many different kinds of memorabilia can be found here, making this a fascinating place to explore.

There are tons of different arts and culture sights in and around the Puget Sound area, but one of the most unusual and entertaining of them has to be Seattle’s Experience Music Project which houses the unique Museum of Science Fiction and Hall of Fame . This institution displays many types of memorabilia that relates to science fiction film and television. If you’re a fan of sci-fi, you’re going to absolutely adore this place – and will probably see many very recognizable objects as you stroll along. In the Pacific Northwest, you probably won’t find a more unique museum – be sure not to miss it.

People in the Florida Keys definitely follow the beat of a different drummer, so it makes sense that the incredibly talented – and eccentric – Ernest Hemingway chose to make Key West his home. Today, you can stop in at the place where the famous and troubled writer once lived with his huge array of cats. In fact, the ancestors of those felines still roam the premises today, adding to the offbeat nature of the place. Hemingway lived here from 1931 to 1939, and it has been well preserved. Today, it is a U.S. National Historic Landmark, yet many people completely overlook it when in Key West. Don’t make that mistake – be sure to include it during your stay there.

The Art Galleries Of Kennebunkport, Maine

The southern coastal Maine town of Kennebunkport is probably best known for being the summer residence of former United States President George H.W. Bush. However, one of its other main claims to fame is its strong artistic tradition. For more than a century now, artists have flocked to Kennebunkport and other areas in this part of Maine to ply their trade. All along the streets of downtown Kennebunkport, you can stop in at gallery after gallery and check out some of the local talent. Whether you stop in at the Northlight Gallery or the Shoot The Moon Gallery – or any place in between – you are bound to be charmed by the vibrant artistic culture here.

For most people, Plymouth Rock is the obvious answer when asked where the Pilgrims first landed in the New World. However, that famous group of travelers actually stopped briefly in Provincetown on Massachusetts’ Cape Cod first before landing on the more-famous Plymouth Rock. When in Provincetown, you can learn more about that fateful landing by stopping by the Pilgrim Monument. Although this is probably the best-known landmark in Provincetown, the adjoining museum is much less frequented but much more fascinating. Stop in to educate yourself about the long, proud history of this charming seaside town.

Today, Santa Fe is well known as a burgeoning center of arts and creativity. However, the history of Santa Fe is decidedly less glamorous – but very compelling, nonetheless. Stop by El Rancho de las Golondrinas – which means “The Ranch of the Swallows”- to learn more about the ranching past of this intriguing and scenic part of the American Southwest. This living museum allows visitors to roam about and get a feel for what life was like back during the 18th century in the area just outside of Santa Fe. It is well worth a visit, and it is all too easy to spend an entire afternoon here.

Large, well known museums and landmarks are wonderful ways to get a broad overview of the history and culture of any given area. Still, the lesser-known and more quirky places are where you’re going to uncover the true nature and temperament of the people of an area. As you plan your travel itinerary, make an effort to include a few unusual and offbeat arts and culture attractions along the way. Such places will create more profound and lasting memories for everyone in your traveling group, and you’ll be glad that you took the time to include them in your plans.