Get Cultured: 10 Places to Get Spiritual in Germany

Home to some of the world's greatest minds, most beautiful buildings, and even a few of the oldest towns, Germany's cultural gems can be found in literally every corner of the country. These historical gems are spread out across the country and run the gamut of history from medieval times to present day. While some are impressive landmarks that draw tourists in by the droves, others require a bit of extra sleuthing to uncover. That's where we come in. Here's a brief look into why the country is called “Das Land der Dichter und Denker” ("the country of poets and thinkers"). 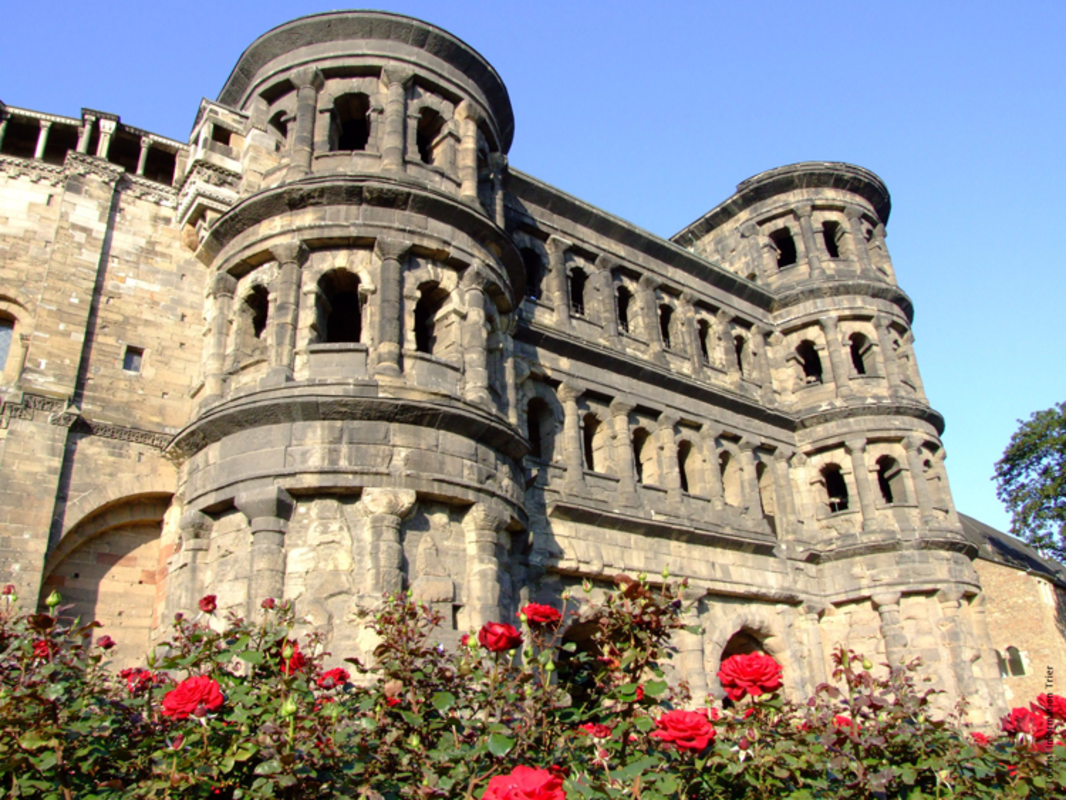 Roman monuments, the Cathedral and Church of Our Lady in Trier

While modern-day historians recognize Trier as the birthplace of Karl Marx, ancient historians have a lot more to discuss about the famous city. Founded in 16 BC with the name Augusta Treverorum in honor of the Roman emperor Augustus, Trier is Germany’s oldest town — it celebrated its 2,000th birthday back in 1984. Today, Trier is essentially an outdoor museum dedicated to Roman architecture, art and culture with nine monuments spread out across the city making up this UNESCO World Heritage Site. Luckily, each of the sites are within relatively easy walking distance of one another and the downtown area. Some popular favorites include the Imperial Thermal Baths, the Basilica of Constantine (a Roman throne room turned Protestant church), and the Porta Nigra — an original Roman city gate. 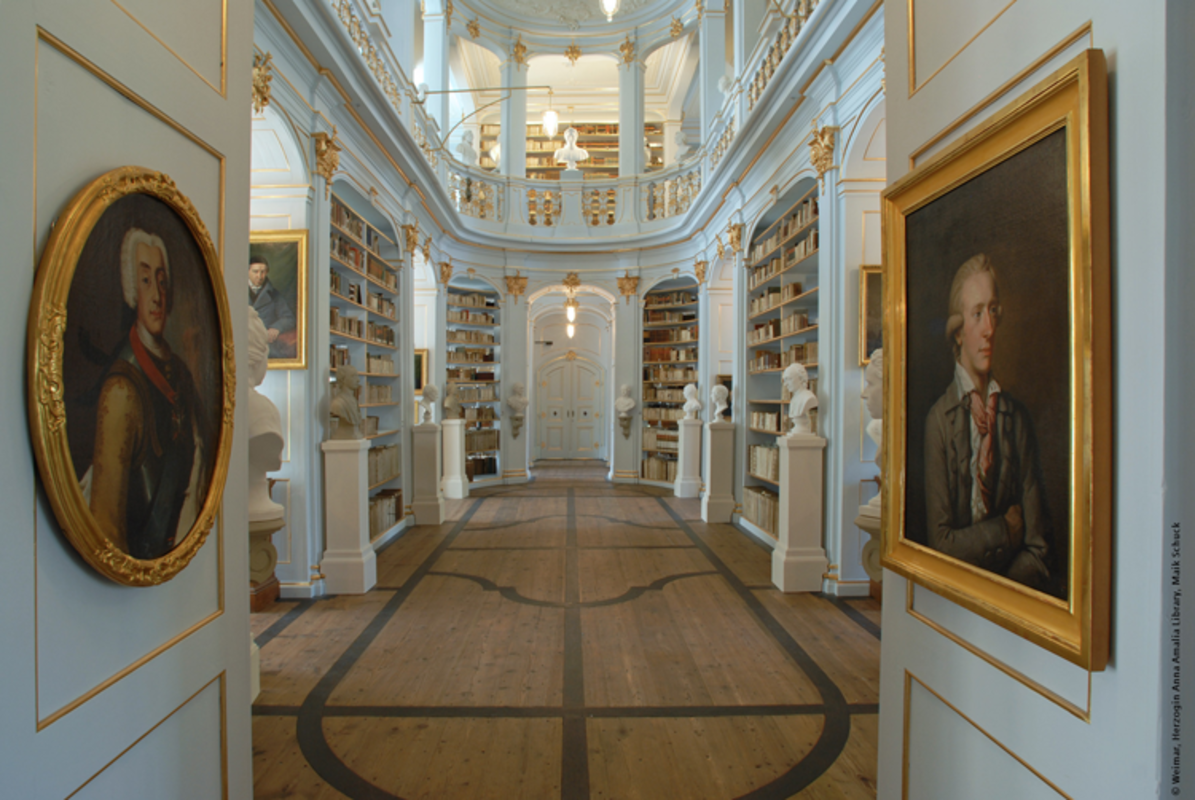 Weimar was in its prime in the early 19th century when writers Friedrich Schiller, Johann Wolfgang von Goethe and philosopher and theologian Johann Gottfried Herder each called the area home. The baroque house on Frauenplan that served as Goethe's home for more than 50 years was the ideal spot for a meeting of the minds. It was a winning combination that led to Thuringia becoming the center of intellectual life in Germany at the time. 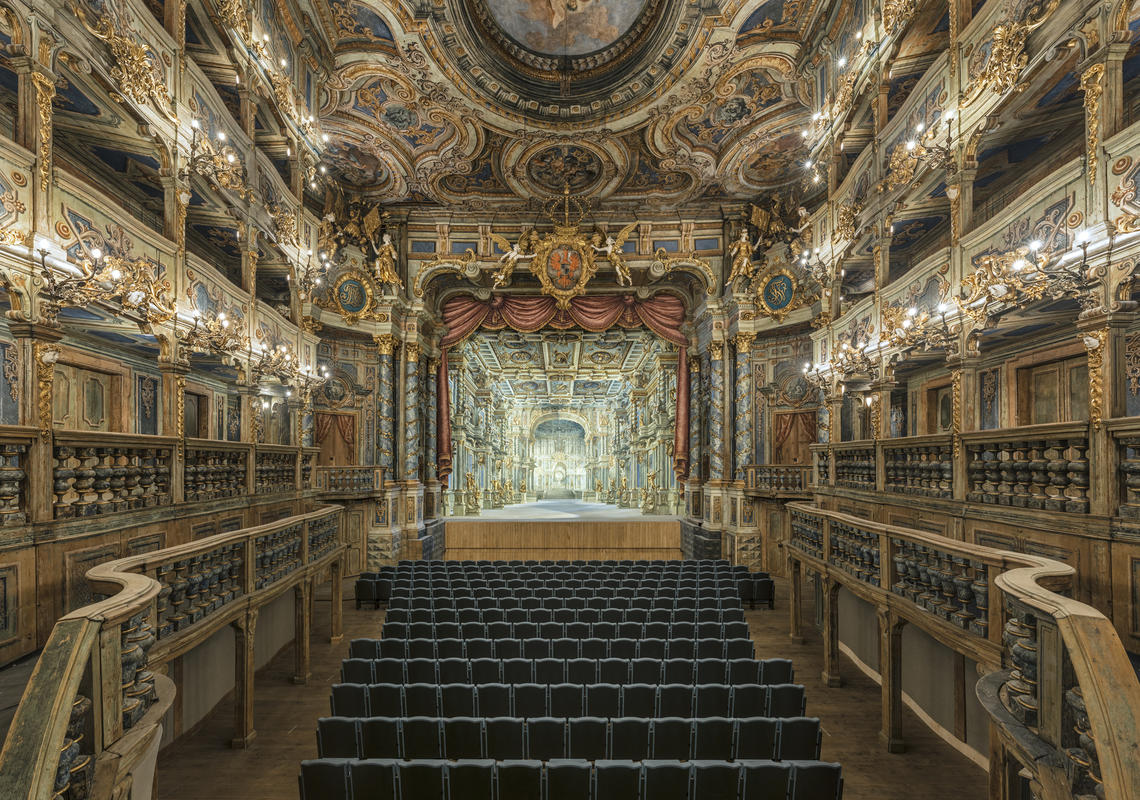 It's hard to walk into Margravial Opera House without feeling your jaw drop — it really is a work of art. Once one of the most awe-inspiring opera houses of the 18th century, the Margravial Opera House is considered to be one of the most important architectural monuments of the absolutist society. Made completely out of wood with lavish carved and painted decorations, it's like no other in the world. Currently closed for renovations, the auditorium is expected to reopen in 2018. In the meantime, visitors are offered a 3-D virtual tour of the impressive structure. 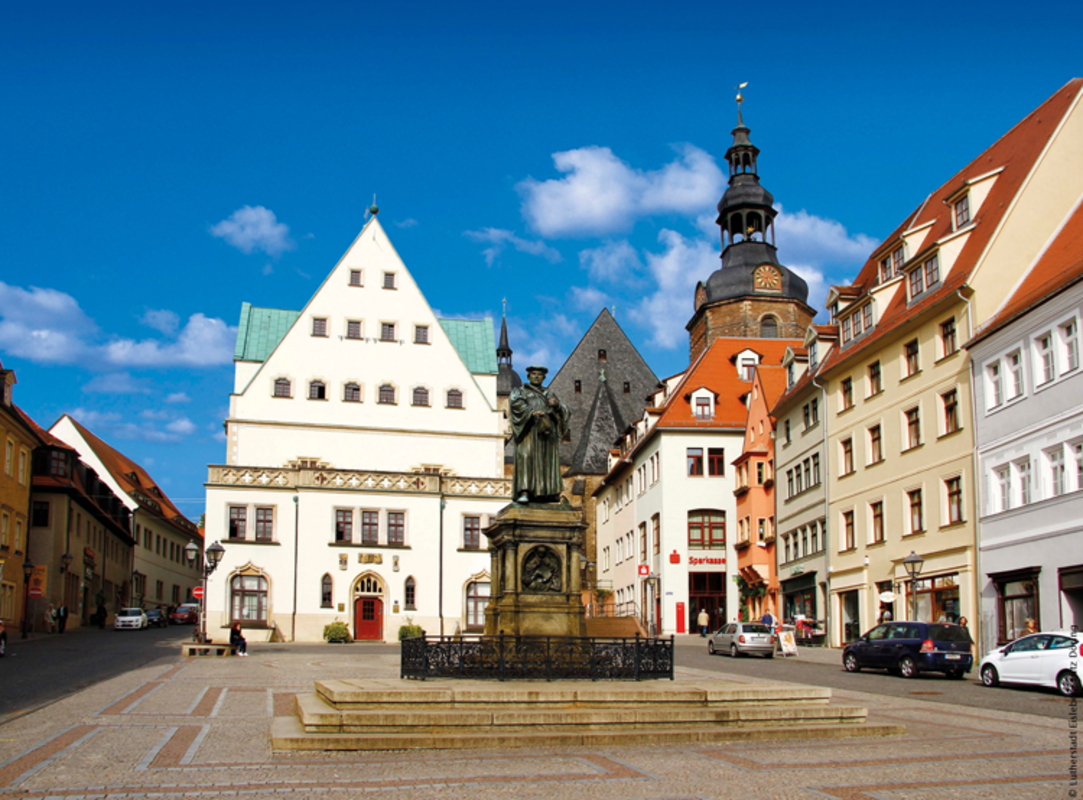 Luther memorials in Eisleben and Wittenberg

Arguably one of the most important men in the history of modern Europe, Martin Luther and his 95 Theses challenged the teachings of the Catholic Church, effectively spearheading the Protestant Reformation and propelling Europe into a religious revolution unlike any other. The significance of Luther can still be felt throughout Eisleben and Wittenberg, where you can tour both his birthplace and final resting place as well as the castle church where he originally nailed his 95 Theses to the door. Both houses where he was born and died became museums and memorials, and his birthplace is considered one of the oldest memorials in the world. 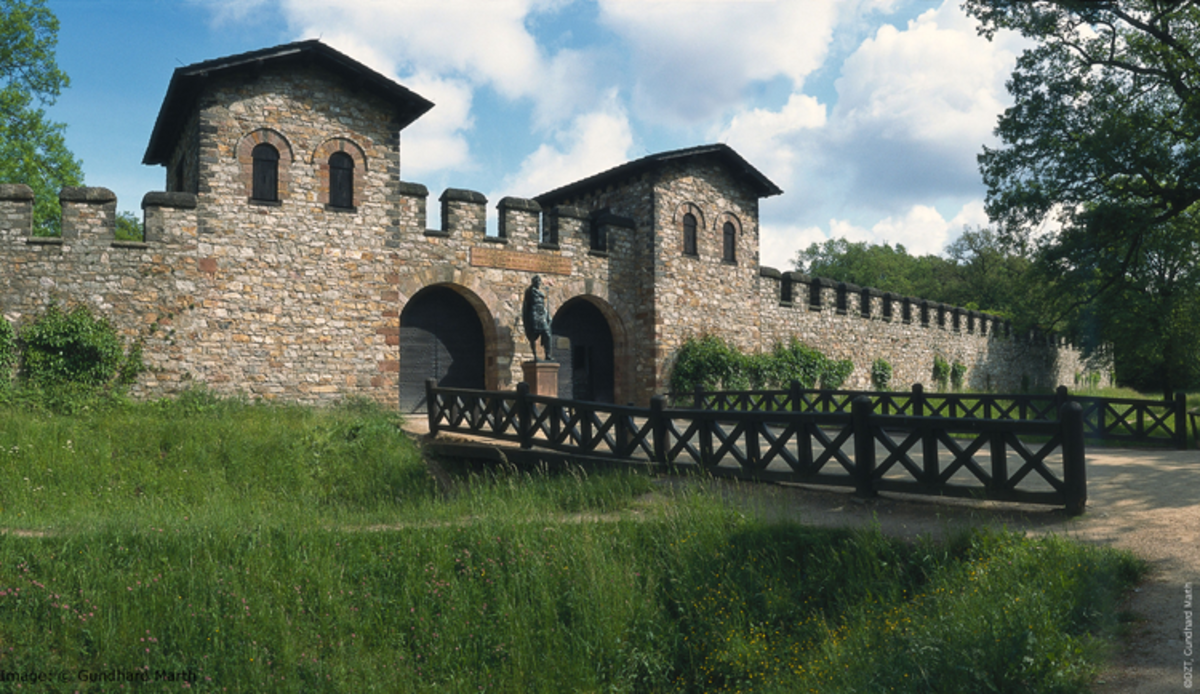 Stretching more than 340 miles from the banks of the Rhine River to the Danube is the Limes, Europe's longest archaeological monument. The entire area is a hodgepodge of Roman ruins, ramparts, and fortifications that they used to protect themselves from the Barbarians. In fact, visitors can still spot the original border wall. Along the route, keep an eye out for the Saalburg Fort, the Osterburken Museum, the Limes Museum and archeological park, the Roman baths, and the Aalen Fort. 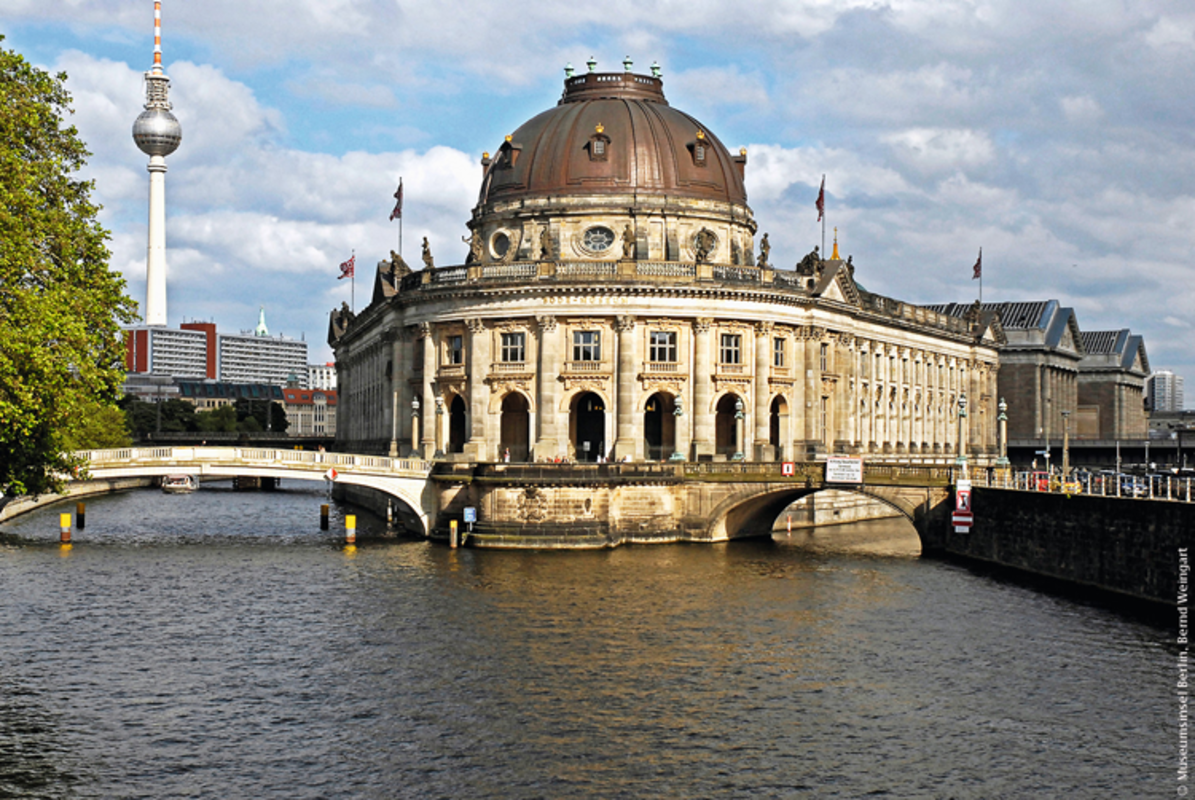 The Berlin Museum Island is relatively younger than the other buildings on this list. Located in Berlin's historic city center and in the middle of the Spree River, the five temple-like buildings that make up the Berlin Museum Island hold treasures from more than 6,000 years of human history, including the bust of Nefertiti. The first of the five buildings opened to the public in 1830, effectively becoming the first public museum in Prussia. Over the years, the collections and the number of buildings on site have expanded so much so that officials estimate it would take days to explore all of the collections and works housed within its walls in their entirety. 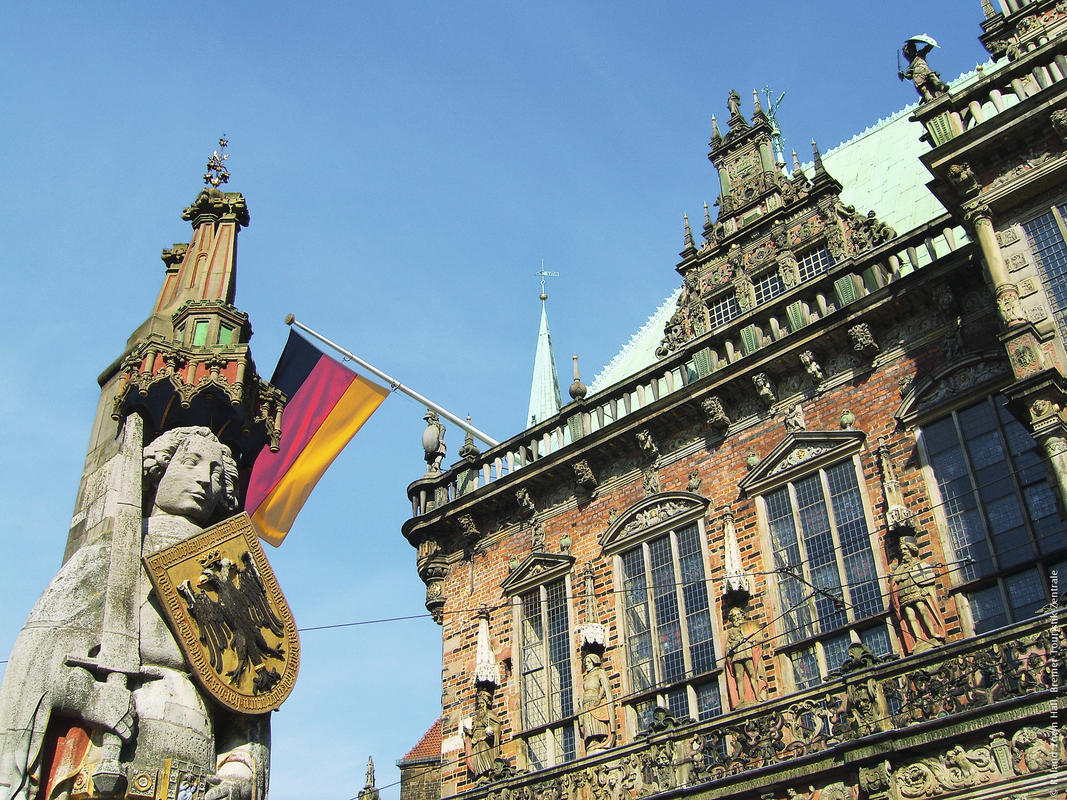 At just over 18 feet and equipped with both a sword and shield, the Roland Statue makes for a commanding and noble figure in the center of Bremen, Germany. Its significance is paramount; the statue itself was placed there to signify that Bremen was — and is — a free city. It's the tallest free-standing sculpture from the German Middle Ages and the only one that still remains from that time period in all of Europe. For merchants, the statue continued to serve a more practical purpose long after the Middle Ages were through. The distance between the statues knees is exactly one elle, or roughly 18 inches (supposedly the distance from a man's elbow to the tip of his finger). Just behind the Roland statue is the Bremen Town Hall. Like the Roland statue, it too is impressive. While the statue signified the city's freedom, the Bremen Town Hall put the concept into action. Today, guided tours are available of the Old Town Hall (built during the Middle Ages) and the New Town Hall (built in the 1900s). 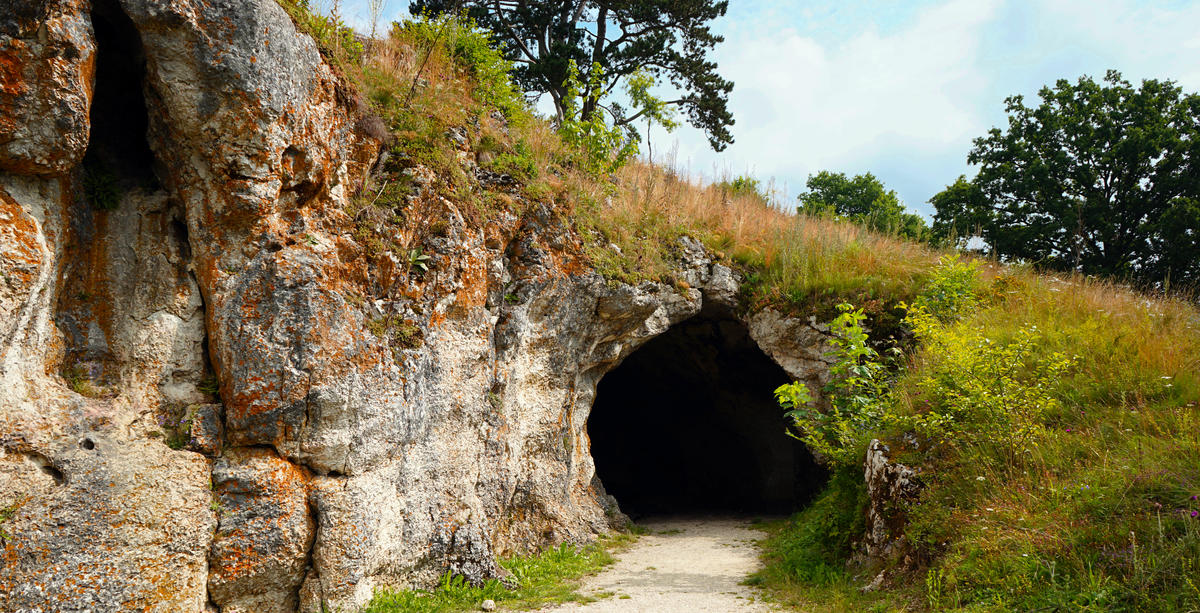 Caves and Ice Age Art in the Swabian Jura

In the caves of Swabian Jura just outside the city of Ulm in southern Germany, art lovers can take in a true site to behold. Considered to be the oldest Ice Age art ever discovered, the six caves of Swabian Jura showcase artwork some 40,000 years old on their walls. Scientists also discovered musical instruments, jewelry and other figurines in the shapes of mammoths and horses crafted from ivory and bone, making this newly created UNESCO World Heritage Site one of the most treasured in Europe. 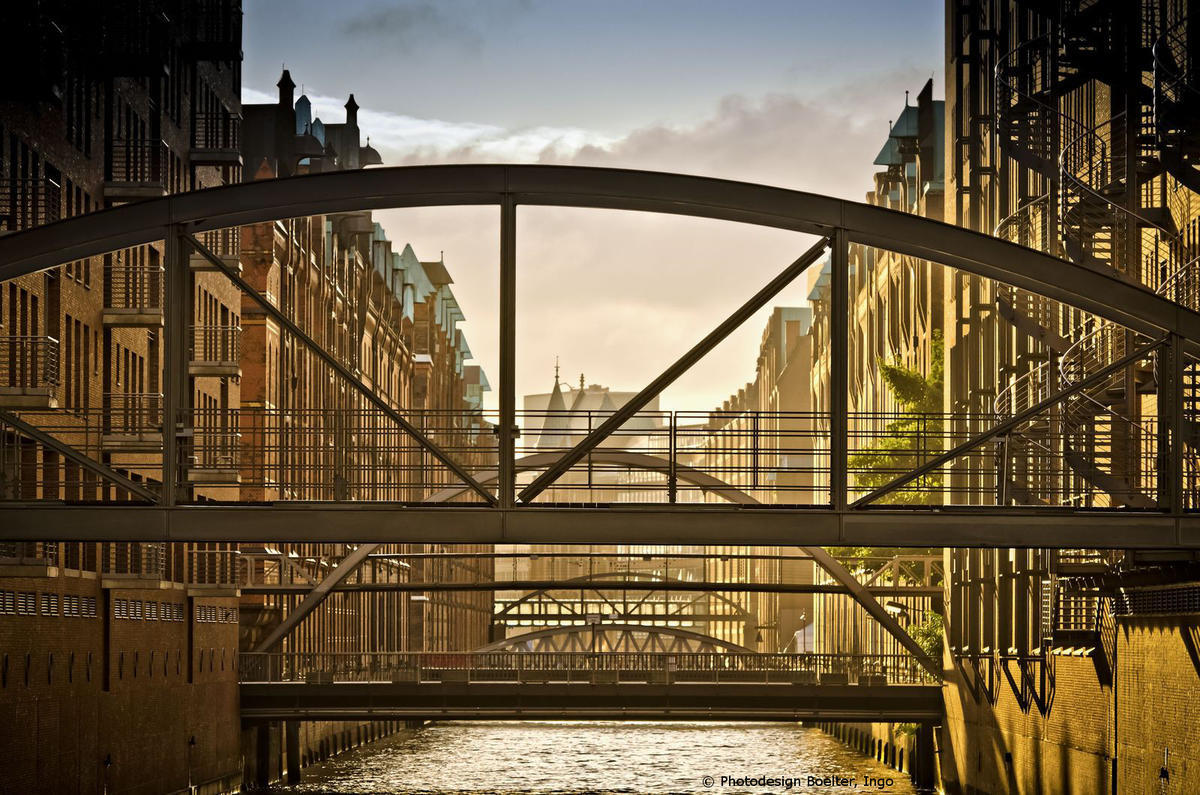 Three point two million square feet make up the Speicherstadt storage facility which once housed vital port goods for trade. Kontorhäuser was home to the administrative offices that oversaw the business in the heart of Hamburg, and the sheer size and grandeur of the operation is indicative of the dynasty that existed. Today, you can sample local seafood from merchants and vendors around town to get a taste for what life must've been like back in the day. 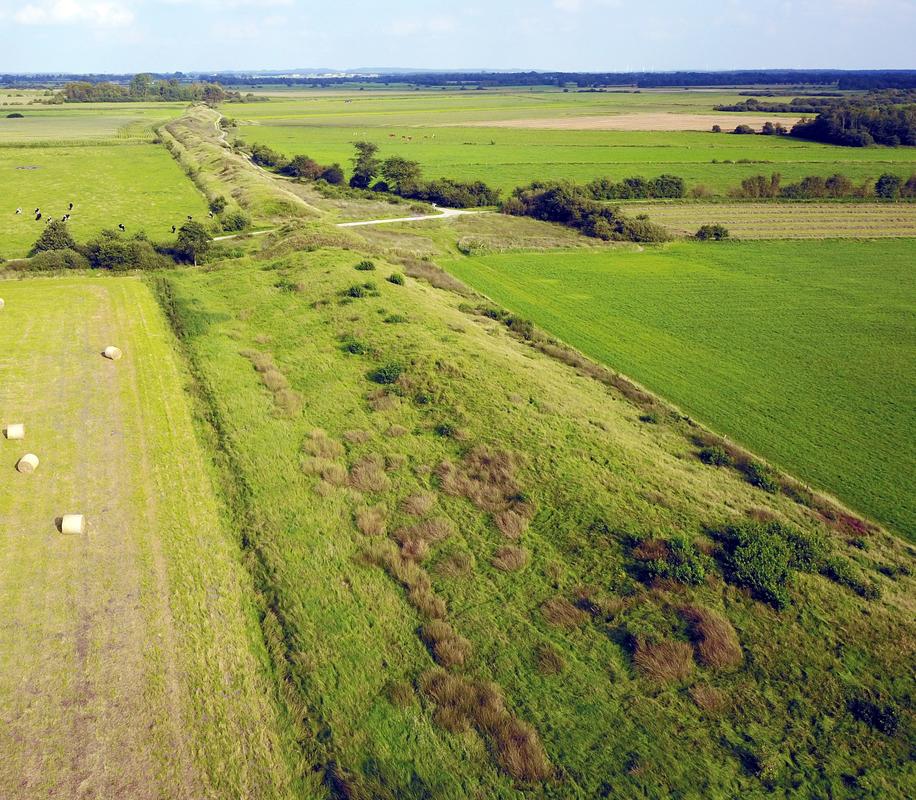 Archaeological Border Complex of Hedeby and the Danevirke

The Viking archaeological site recently earned UNESCO World Heritage Site in 2018. First discovered in 1897, the archaeological border complex of Hedeby, or Haithabu, and the Danevirke has been an active excavation area since 1900. The site continuously brings to light new evidence about Viking culture. In particular, the border complex showcases the importance Hedeby had on trade. Because of its location, Hedeby successful bridged the economies between central Europe and Scandinavia — and between the North and Baltic Seas — offering a unique insight into the daily life and economy of people during the Viking era. 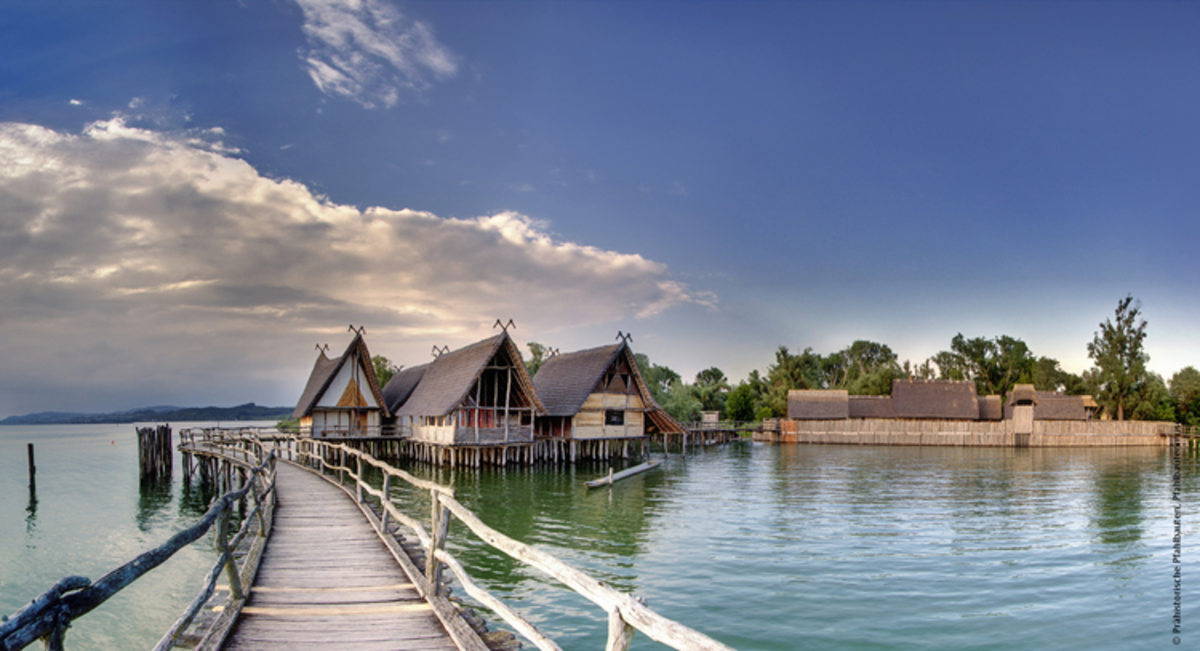 Prehistoric Pile Dwellings around the Alps

A trendsetter before its time, the shores of Lake Constance in Baden-Württemberg had been home to overwater bungalows long before they became popular in the South Pacific. The wooden posts set in the lake's waters are there as a reminder of the more than 100 pile dwellings that once resided across Germany, France, Italy, Austria, Switzerland, and Slovenia. Unlike today's luxe vacation homes, these elevated buildings served a higher purpose: to provide a unique shelter and quick access for farming and fishing, as well as protection from enemies and other natural predators. The open-air museum in Unteruhldingen is the largest in Europe, and you can easily follow the interpretive trail from where it all began in the Stone Age through its evolution in the Neolithic, Bronze, and Iron Ages.