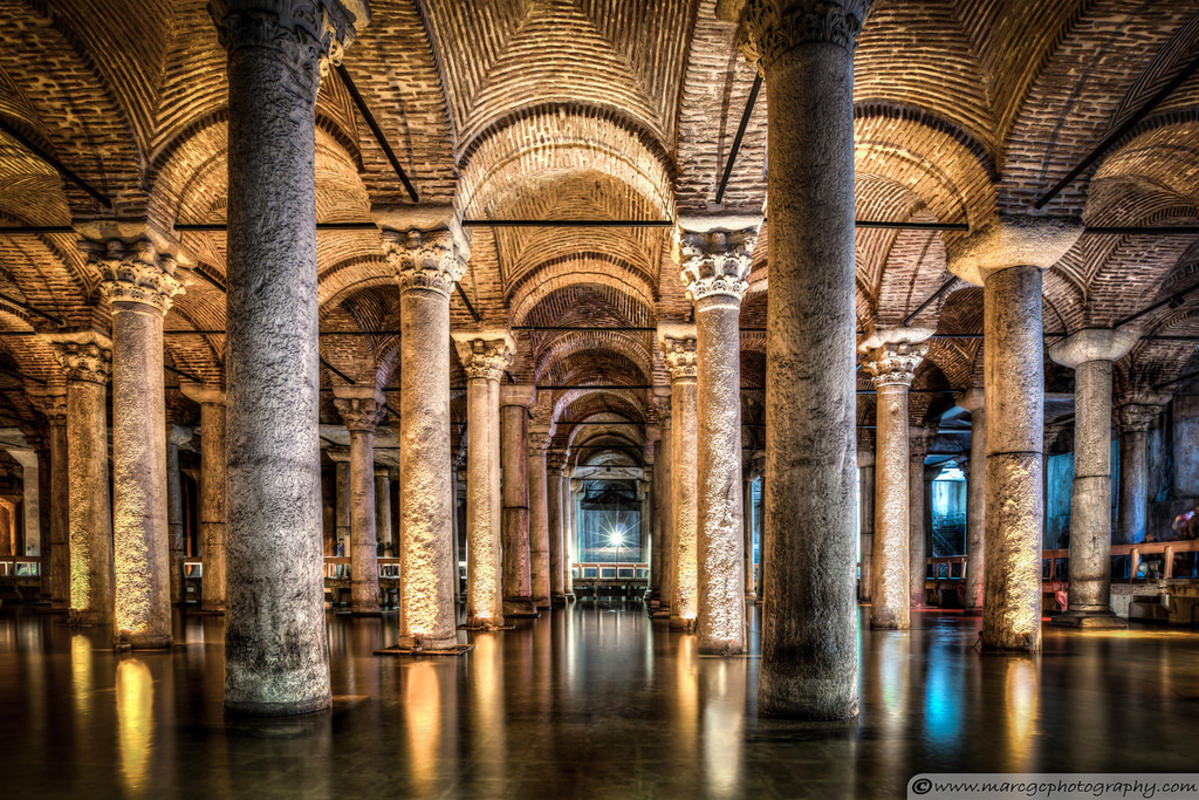 No matter how lively and charming a city may appear on the surface, there may be secrets concealed beneath their streets. Some underground cities are the result of ancient structures being built over; some were dug out as refuge camps (from war, or the law), while still others were cavities leftover from old mining practices. No matter how they got there, nearly every underground city is flooded with history and stories. Today, some remain stale and deserted, a glimpse into days gone by, while others are bustling with life and activity. Dig into the underbelly of these unique destinations because what better way to get to know a place than to see its dark side? 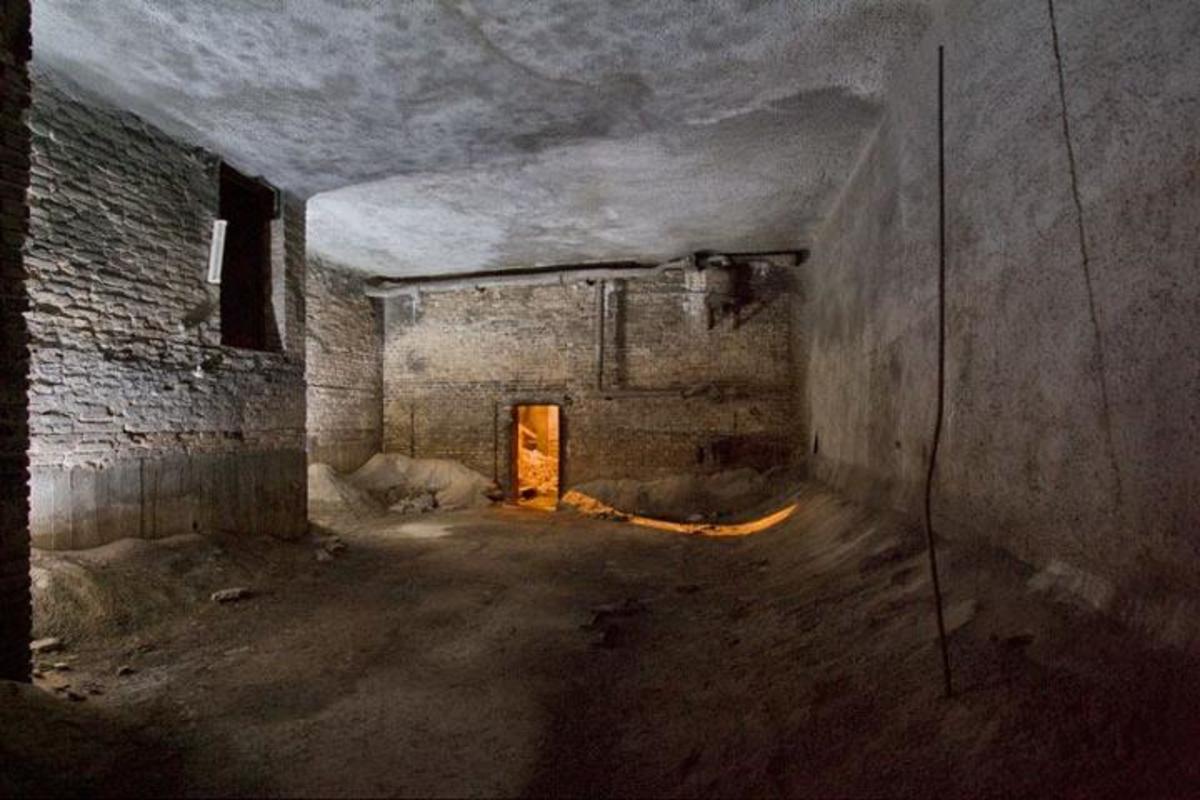 Below the Gesundbrunnen Train Station lies a foreboding darkness – remnants of Germany’s darkest era. The underground headquarters of the Nazi Capitol, the complex consists of a matrix of escape tunnels, bunkers, chambers, and even a full aircraft manufacturing facility. Built during WWII and expanded during the cold war, this underground city was designed to protect and preserve the Third Reich. Today it is open for tours so you can witness for yourself the subterranean vestiges of Hitler’s master plan. 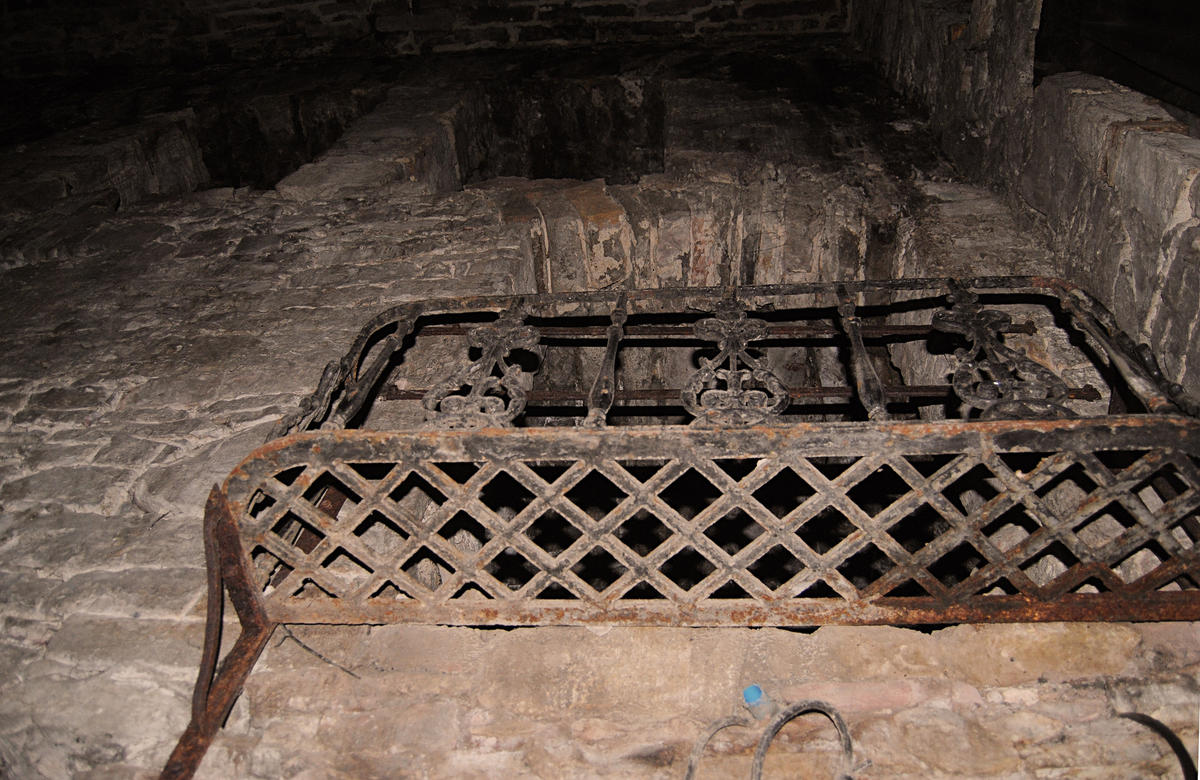 Delve into the underbelly of Scotland and wander through tunnels that, for thirty years acted as a petri dish for crime and underground activity. When they were first built, Edinburgh was growing rapidly and needed to utilize as much space as possible. Beneath the South Bridge, 120 vaults ranging in size were constructed for local business storage. But they were largely abandoned after they began flooding. Slum lords invaded the empty space and seemingly overnight it was transformed into a crimson red light district full of brothels, gambling rings, illegal pubs, and the city’s homeless. Before long, the vaults were infected with violent crimes like robberies and murder, used by the notorious serial killers Burke and Hare as a hunting ground for victims. Today, they're open to the public for tours with some visitors claiming to have experienced paranormal activity so keep your eyes and ears open. 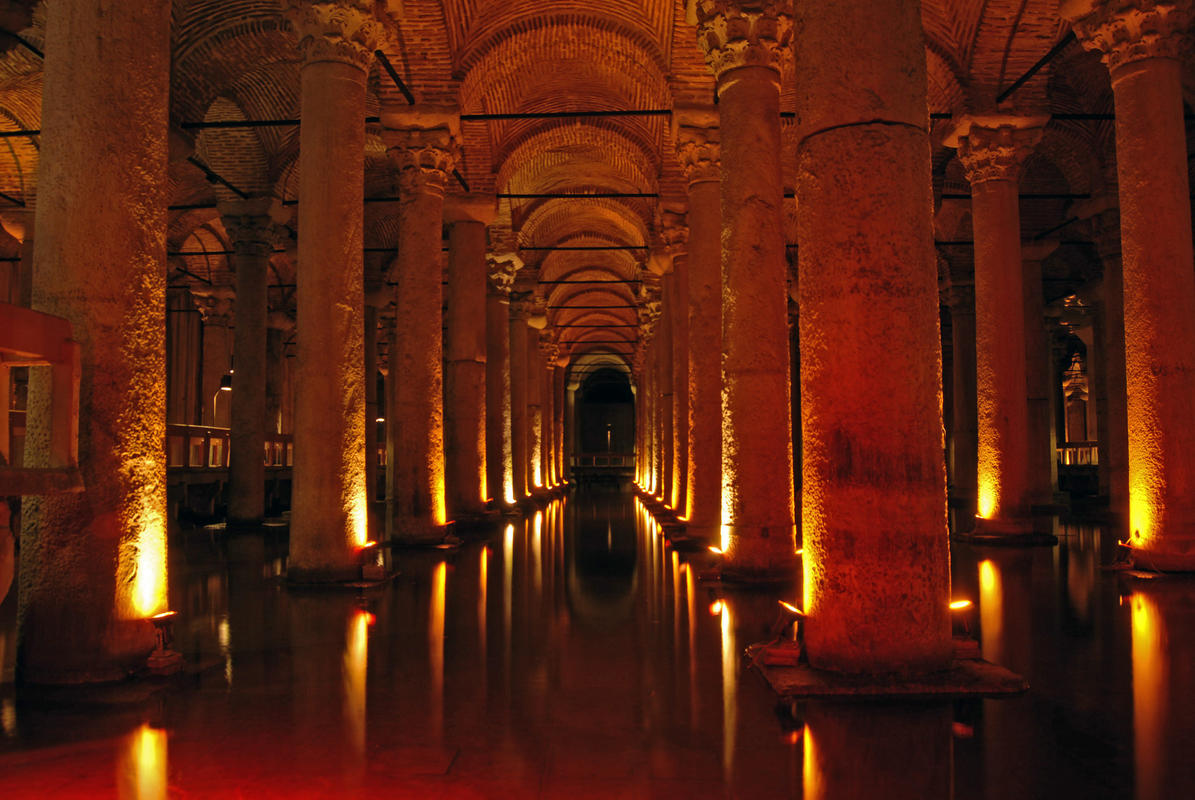 During the days of Constantinople, there were several hundred ancient cisterns buried beneath modern day Istanbul, the largest right under the Topkapi Palace. When the Roman’s ruled, the structure provided water to the palace. Visitors can wander through the cool, damp vastness of the ancient structure, walking amongst Corinthian pillars taken straight from the Greek Temples in Turkey. The tour is a wealth of knowledge with interesting insight into ancient civilizations. 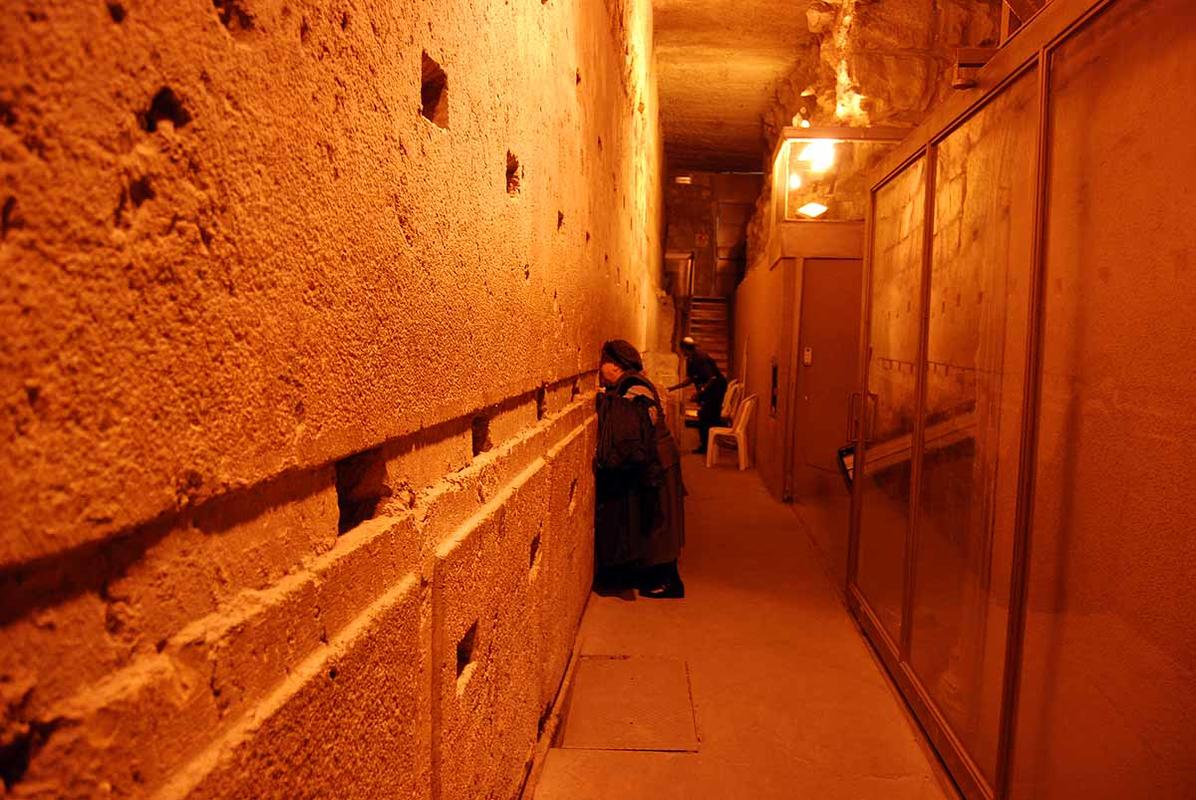 A visit to the Western Wall is a must when visiting the holy city of Jerusalem. But, not everyone knows their intrigue also extend below ground in the form of ancient tunnels circling beneath the city. Perfused with historical significance, visitors will get the chance to see the remnants of the temple built by Herod over 2,000 years ago and walk along the very road that ran alongside it. Built out of 570-tons of stone – it's one of the heaviest things ever created without the help of machinery. There are few destinations as spiritually leaden as the tunnels beneath Jerusalem’s Western Wall. 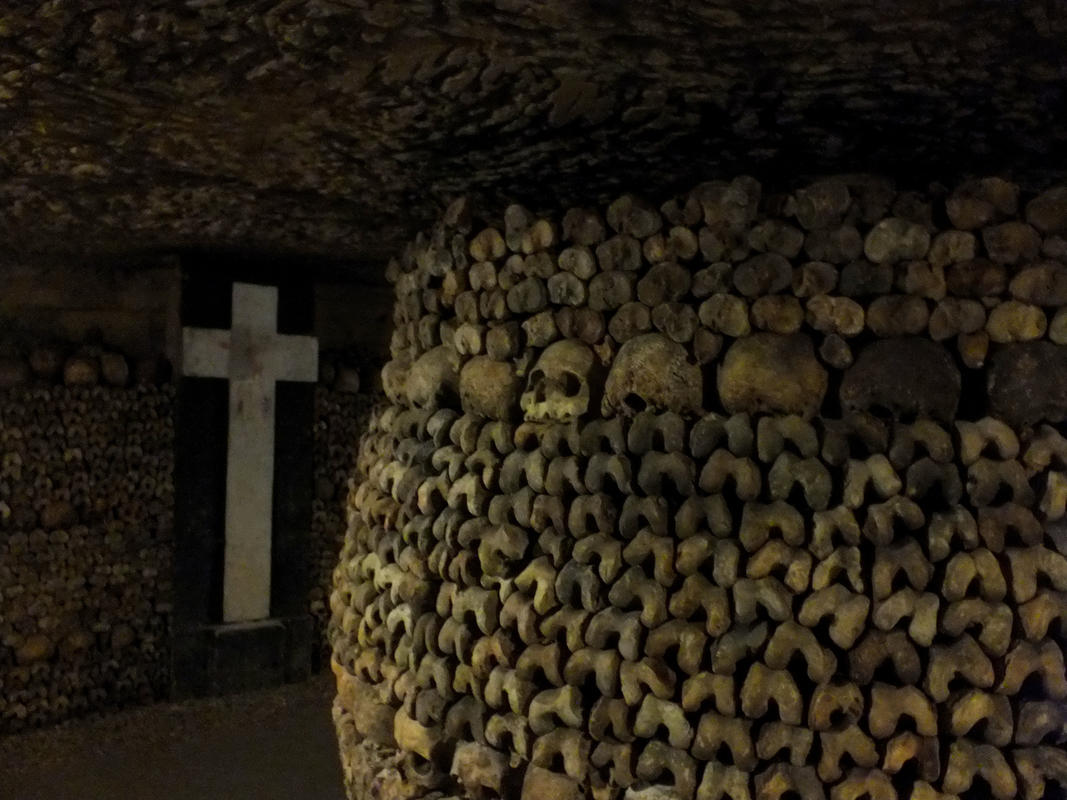 In the underground quarries once used to build the city, below Paris's pristinely lined streets exists a thriving underworld full of urban explorers, squatters, catacombs, illegal nightclubs, and even full cinemas. WWII fighters used these tunnels for refuge, while bandits also called the black recesses home. The Phantom of the Opera even hid “in that infernal underground maze.” The tunnels have existed as long as the city has stood above it, and a unique underground culture has manifested over the years. If you want to stick to a guided tour, check out Paris Catacombs, where the remains of thousands of Parisians have been stacked, organized and designed to create an eerie, artistic ossuary. Or, if you are feeling a little more adventurous, venture into the unregulated darkness that abides below (if you can find a way in, that is). Be wary though, the underground is filled with danger, but equal amounts of history and excitement.

Beneath the City - Vienna, Austria

Below the beautiful city streets where Vienna's Imperial Palaces stands adorned in marble sculptures and surrounded by fountains, lies a labyrinth of tunnels, cellars, vaults, and stables that date back to the Roman era. These underground chambers are woven throughout the city’s history – where nuns, tradesmen, thieves, murderers, WWII soldiers, and Soviet exiles have all wandered the elaborate passageways. There are a number of walking tours that can take you through the most iconic and historic areas of this wending darkness.