An Inside Look at the White House Garden Tour

The White House Garden Tour is a rare opportunity to glimpse into the stomping grounds of the President of the United States. Open to the public a few times a year each fall and spring, tickets are free from the National Park Service, but they are handed out early and high in demand. A fascinating experience and a coveted DC opportunity, here's an inside look at the South Lawn. 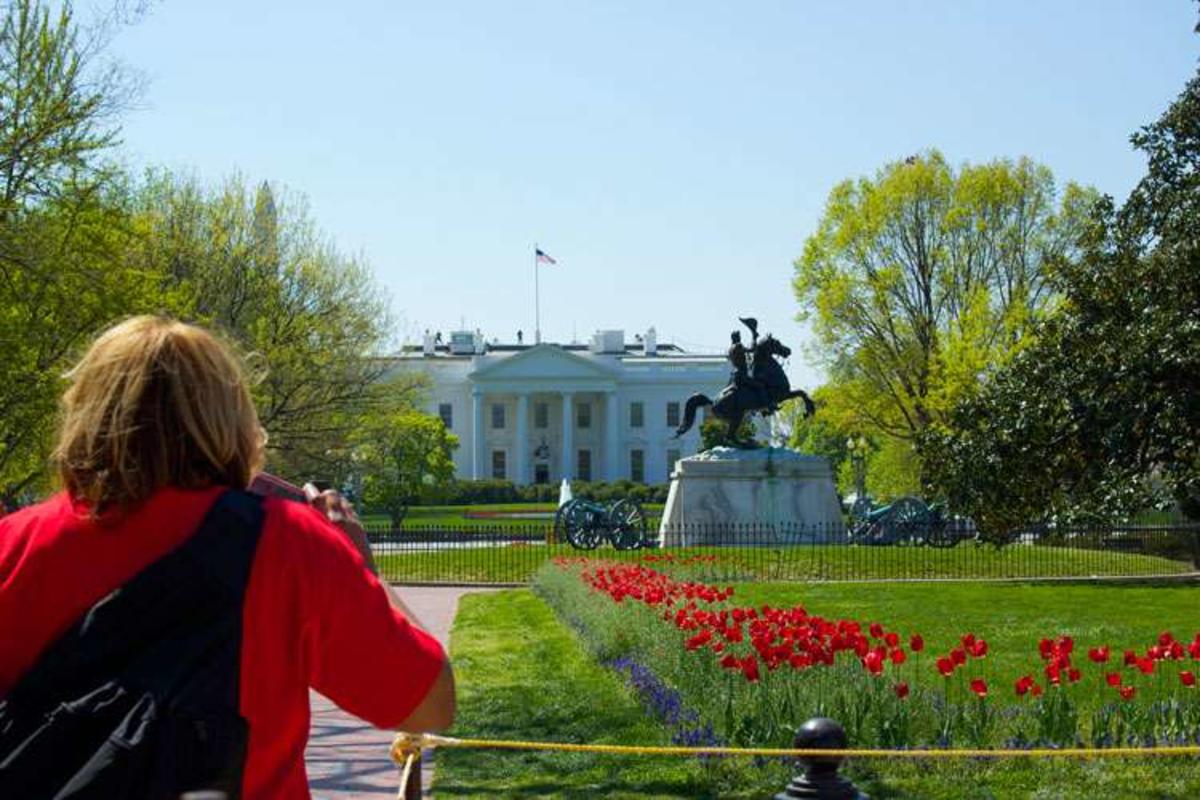 Welcome to the White House! This is the up-close and personal look at 1600 Pennsylvania Avenue on the 2016 White House Garden Tour. 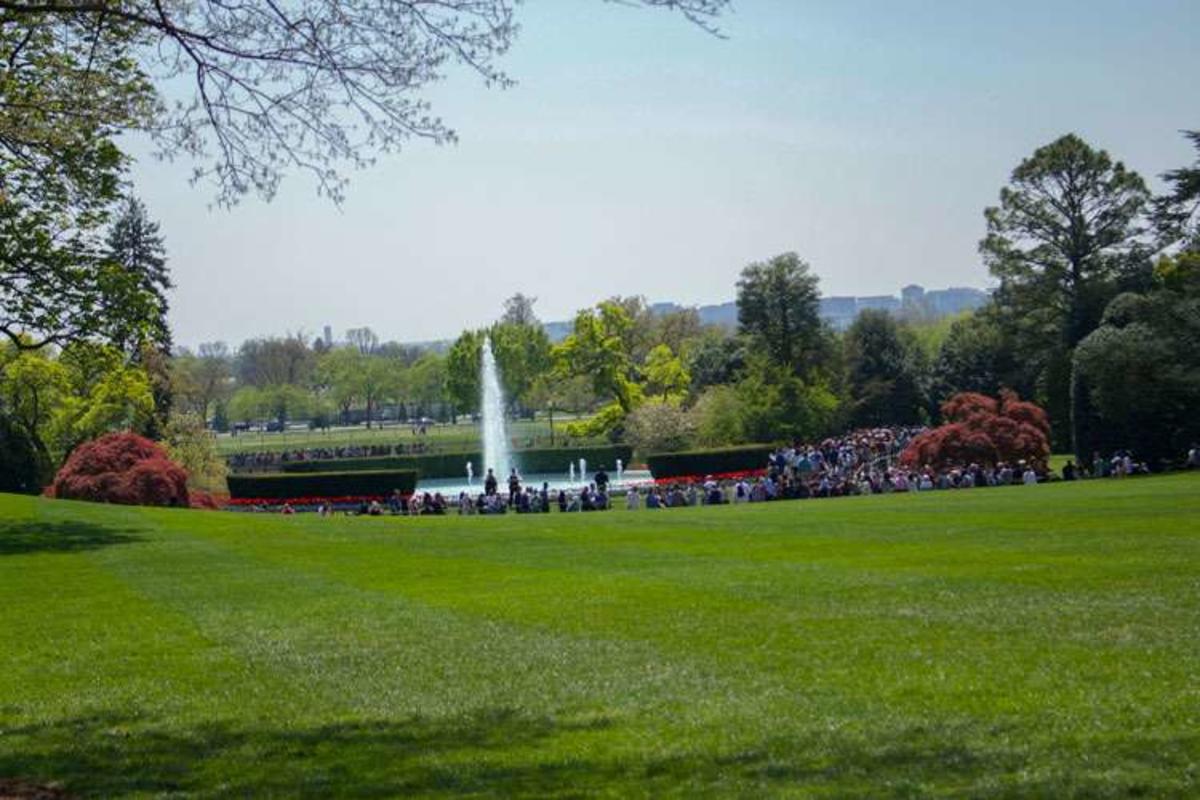 This strip of grass is where the President arrives and departs from Marine One, the Commander in Chief's personal chopper. President Eisenhower was the first President to travel via helicopter, and the rest have done so ever since. The grass was so healthy and green it was tempting not to step on it, but I thought better of it. 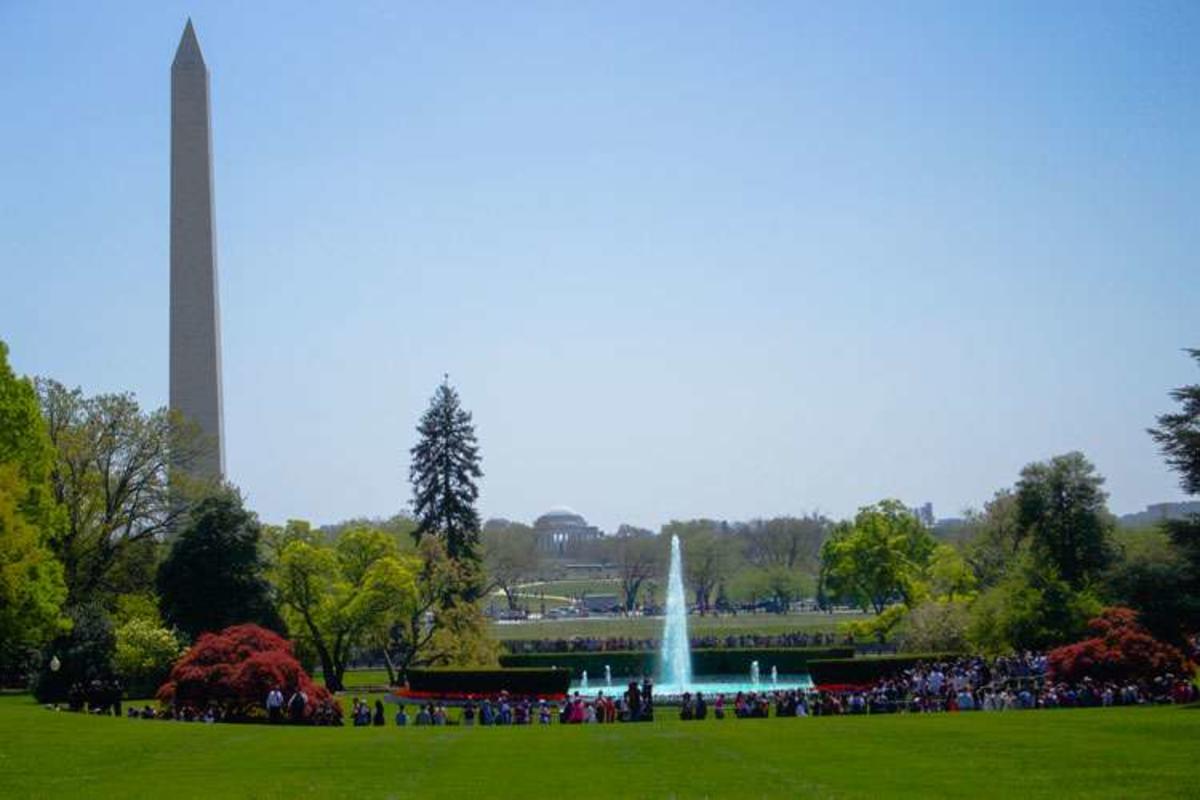 Frederick Law Olmsted designed the layout of the South Lawn so the Washington Monument would always be in view. Franklin Roosevelt was the force behind some of the latest major updates to the grounds. 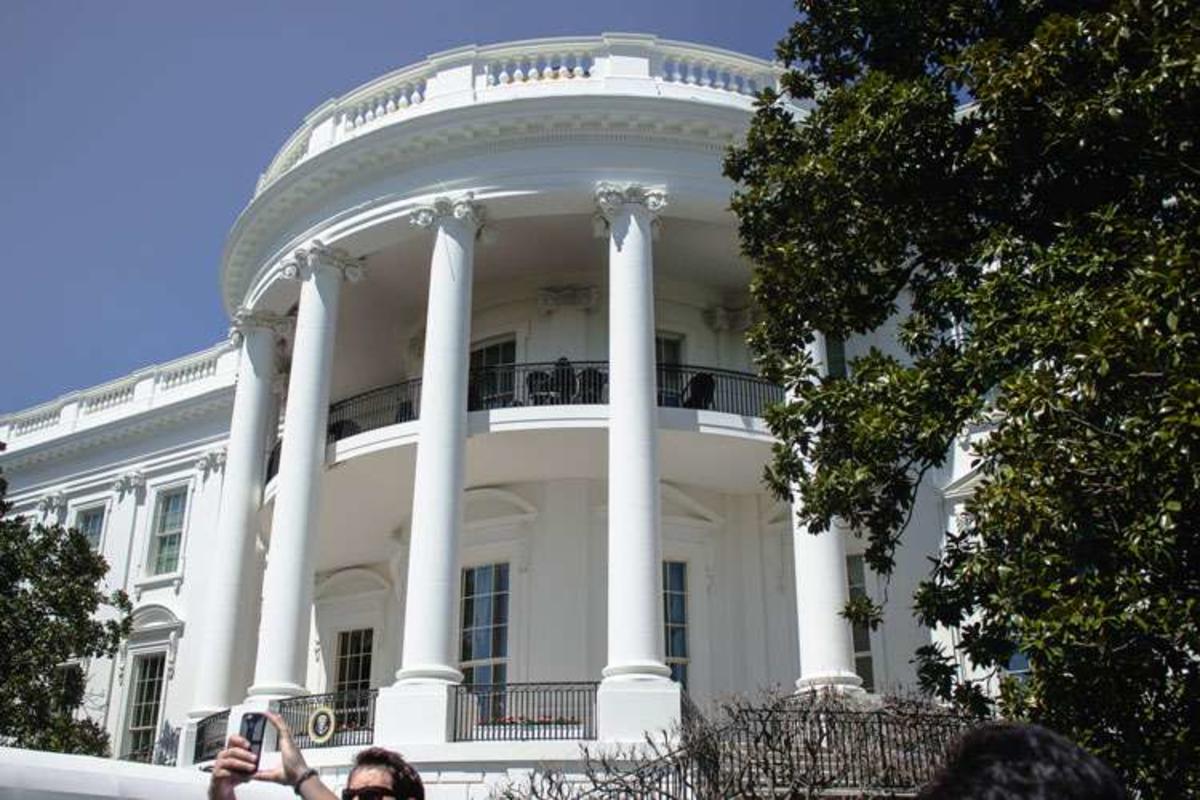 The White House was so close I could touch it. The proximity allowed me to explore the idea of the White House being a home. It's easy to picture the White house as a landmark more than a personal residence. 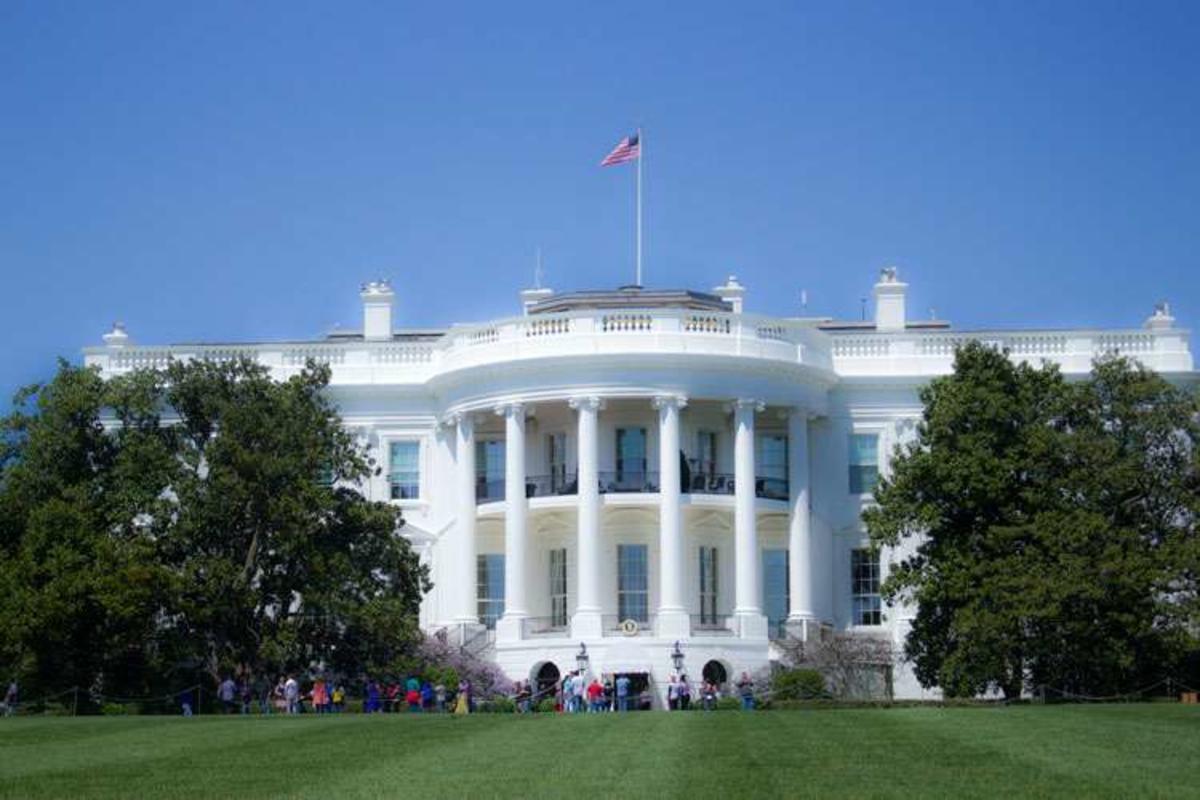 John Adams was the White House’s first resident. The neoclassical mansion has undergone many facelifts throughout the centuries and was even set ablaze during the War of 1812, but has triumphed against all odds. 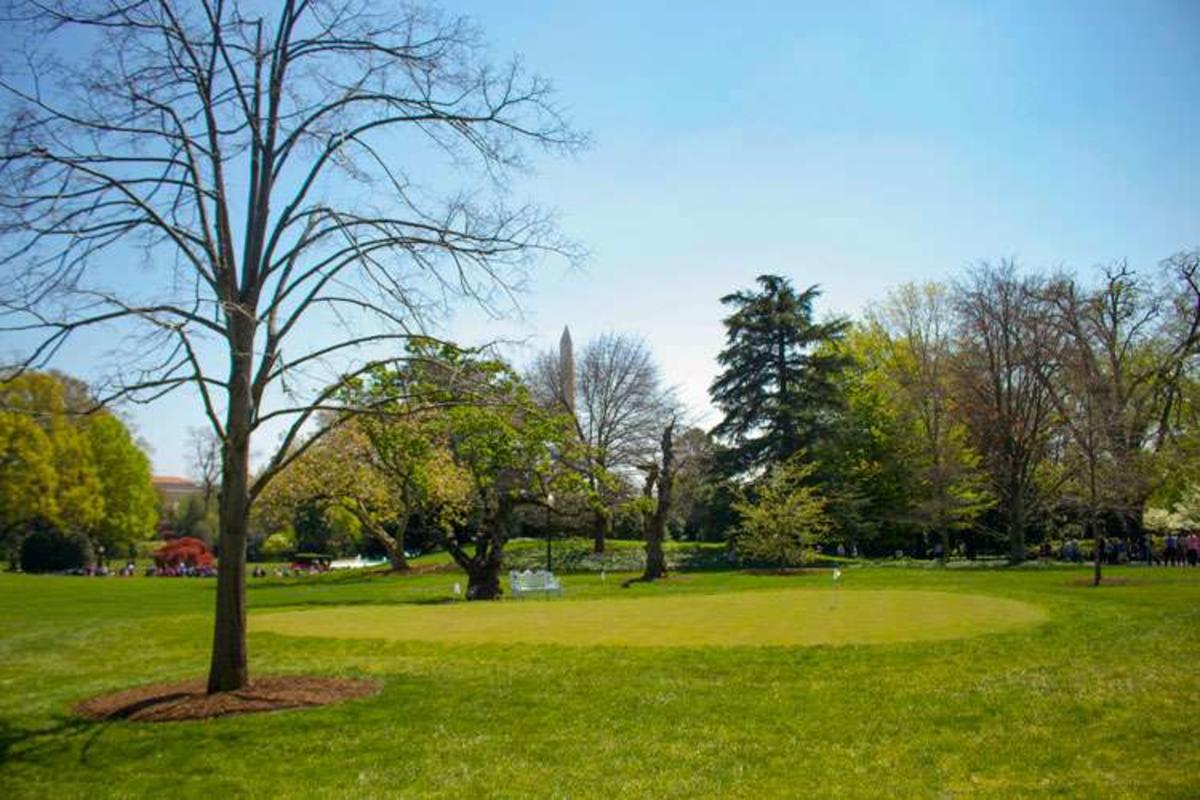 President Eisenhower installed the putting green in the early ‘50s funded by private donations. The course has moved throughout the South Lawn and today, is just a short walk from the oval office. 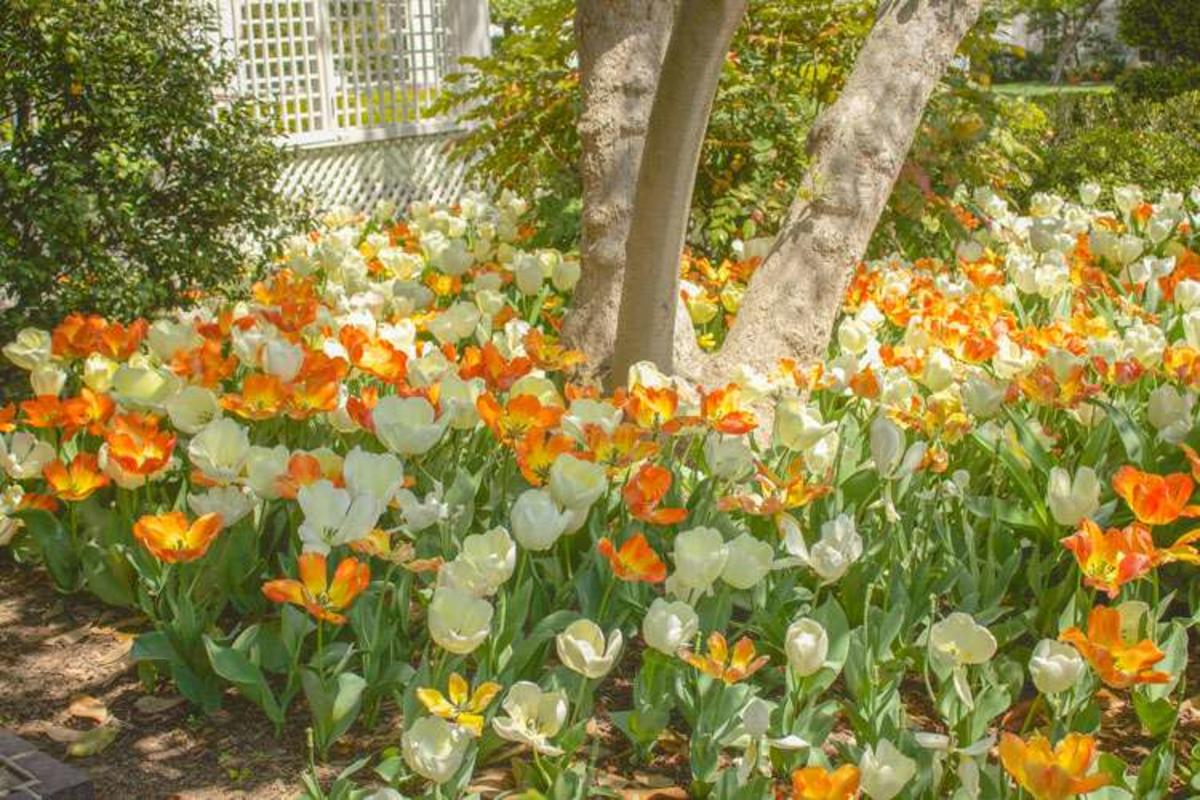 Everything was well manicured, polished, primped and trimmed to perfection. The flowers shown here were in a garden bed behind the West Wing. 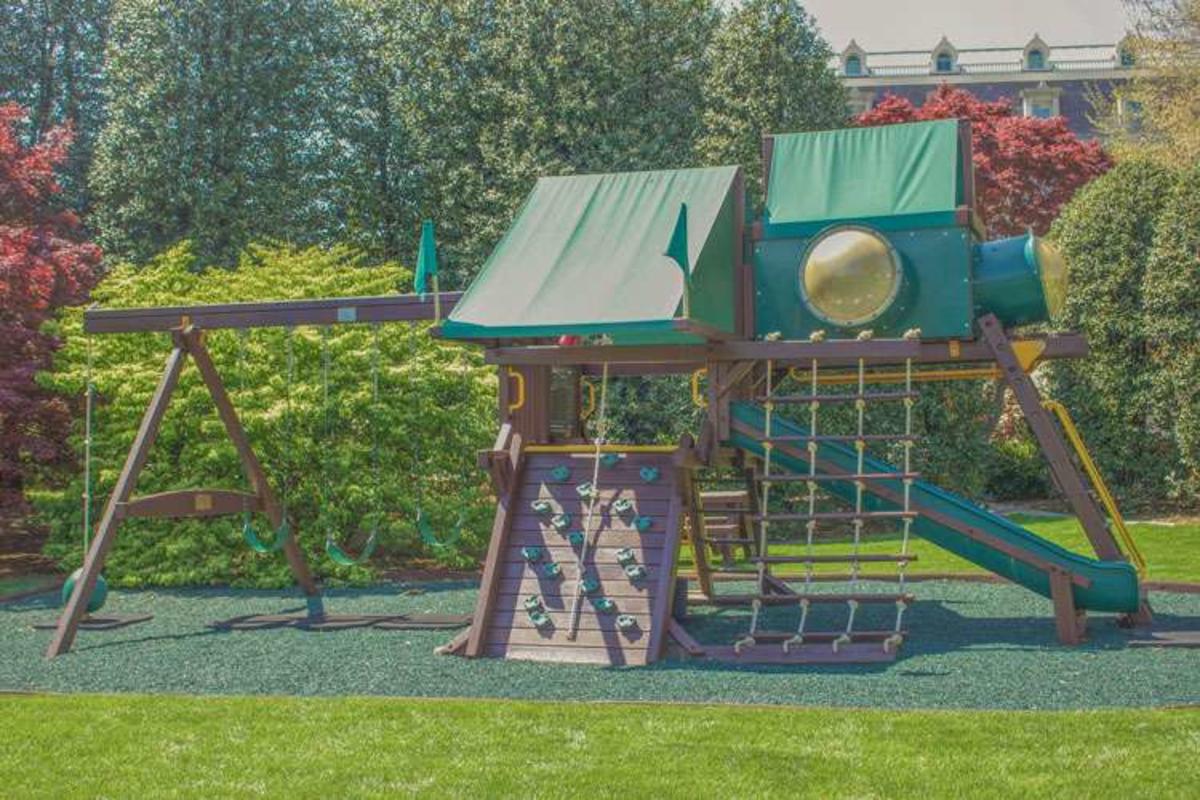 The Obama’s installed this swing set for their daughters in early 2009, but it felt sterile, like it was for show. I wondered what it felt like growing up with your father as the most important person in the country. It must be hard trying to have a normal childhood under the watchful eyes of guards 24/7. 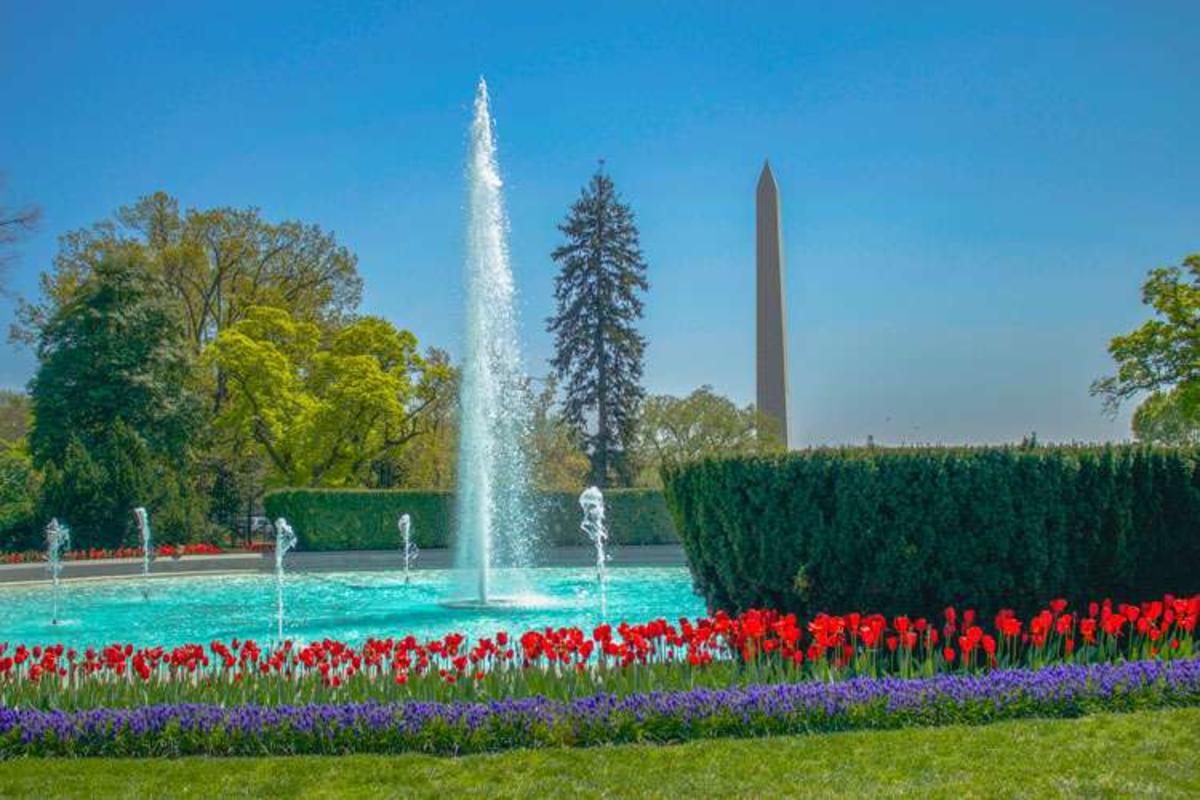 The most visually striking element of the tour is the fountain with the Washington Monument looming in the background. Beautiful flowers encircled the water fixture with a full-view of the White House behind it. It was a full 360 view of the past, present and future of American politics and a testament to their continued influence.
YOU MIGHT ALSO LIKE