Home to one of the most cosmopolitan cities in the world, the U.A.E is a friendly and peaceful country that encourages cultural exchange with all nationalities, evident by the growing expatriate population and impressive tourist numbers every year. For new visitors to the Middle East looking to learn about Islam and the Arab way of life, few places are as warm and welcoming as the U.A.E. to begin to understand their religion. Visit one of these mosques where the guides encourage asking questions and satisfying your curiosity, but remember to dress modestly with your shoulders and knees covered. As a sign of respect, most mosques also require you wear their traditional dress over your clothes with a kandora provided for men and a shayla and abaya for women. 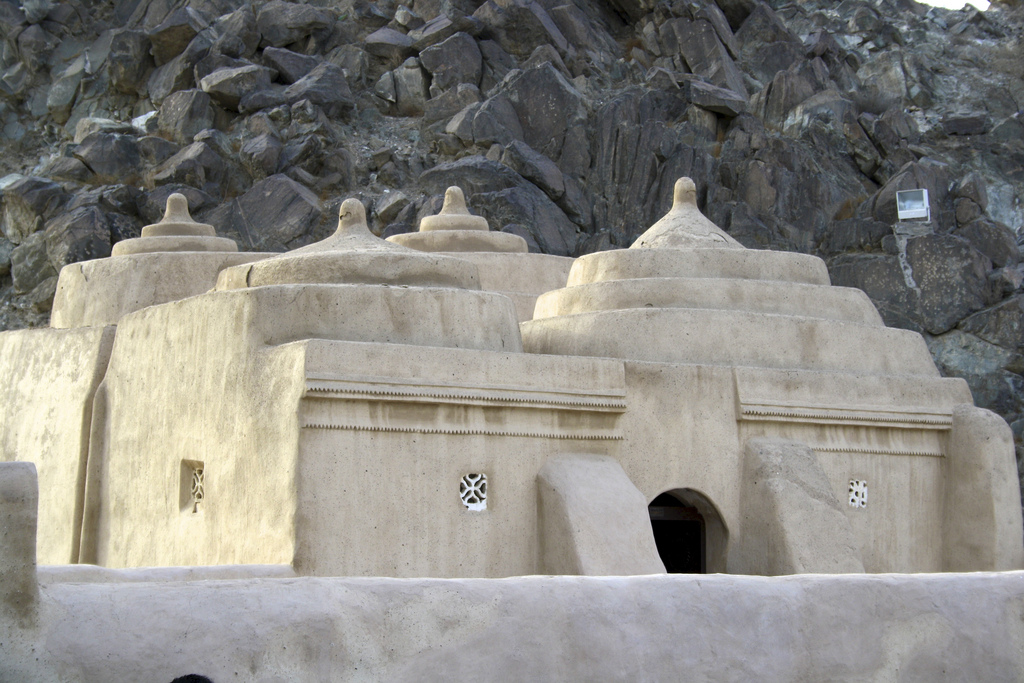 Set on a hillside in Fujairah, close to the traditional fishing village of Al Badiyah, the U.A.E’s oldest mosque was built in 1446. Just 15 feet tall with an area of 570 feet, it was constructed out of stone and burnt mud coated in whitewashed plaster. Square-shaped with a unique design and construction features not typical of any modern mosques in the area, the roof is made of four domes resting on a central pillar. Despite its size, a small prayer hall hosts daily affirmations that can accommodate 70 people. Photography is allowed inside the mosque with the view from the top of the hill quite possibly the perfect backdrop - tiny green farms flanked by mountains in the distance. Located in an area whose history dates back to 2000 BC, it’s no surprise that the Al Badiyah Mosque is one of the U.A.E.’s top attractions. 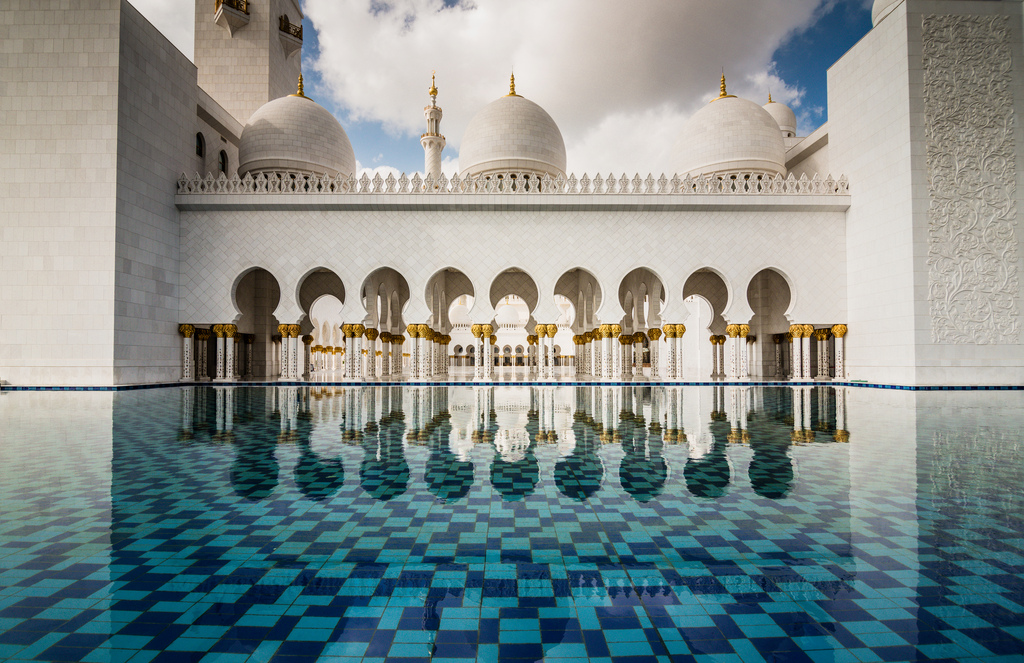 Undoubtedly the grandest of mosques in the U.A.E, the impressive Sheikh Zayed Grand Mosque in Abu Dhabi is a must-see for first timers to the country. The realization of a dream by the visionary leader, the Late Sheikh Zayed bin Sultan Al-Nahyan, the mosque is a remarkable structure that can accommodate up to 41,000 visitors. First opened to worshippers in 2007, design influences and materials were sourced from Iran, Morocco, France, Germany, Turkey, China, and other countries further afield. With 82 domes and 4 minarets, the white marble exterior surrounded by reflective pools is imposing and awe-inspiring all at once. The outer shell of the main dome is the largest in the world, while the white marble columns in the courtyard are adorned with amethyst and lapis lazuli, and the delicate floral mosaic on the floor signifies the gardens of heaven. Inside the prayer hall, opulent chandeliers made of Swarovski crystals hang from the roof, while the floor is lined with the world’s largest handmade carpet, created by artists in Iran. At night, the mosque is a sight to behold with multi-hued lighting signifying the phases of the moon and artificial clouds projected to create a truly surreal effect.

Visitors can enter the mosque Saturday through Thursday between 9 a.m. and 9:30 p.m. with guided tours available daily at 10, 11 and 5 and additional times on Fridays and Saturdays. Photography is permitted inside the mosque. 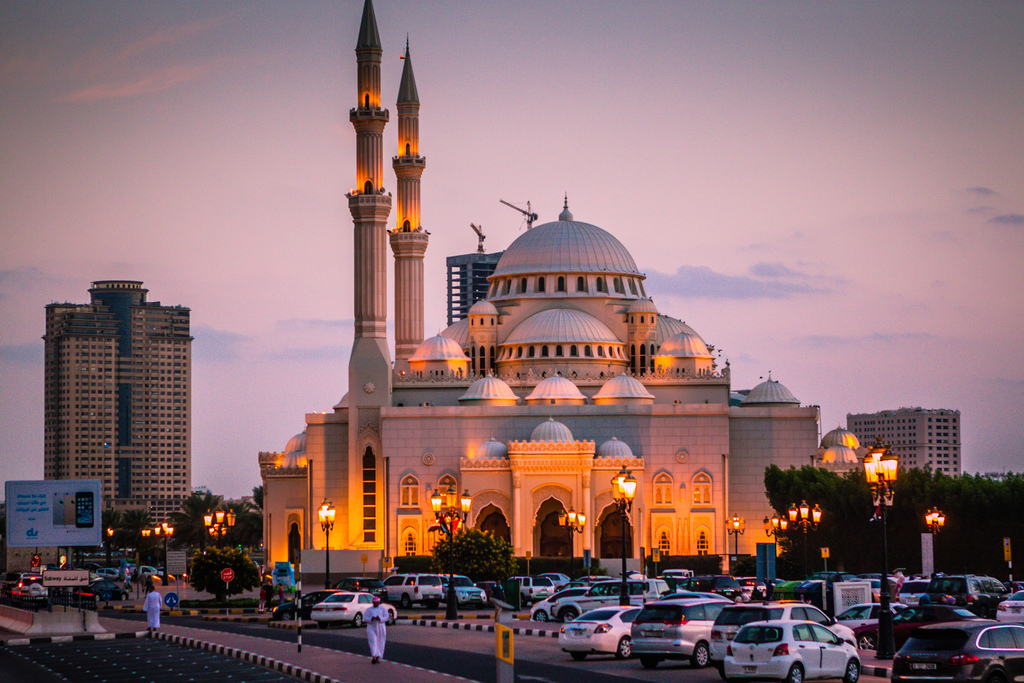 Designated the “Capital of Islamic culture in 2014,” the emirate of Sharjah is home to no less than 600 mosques, but only one of those is open to non-Muslims. The Al Noor Mosque on Buhairah Corniche became the first mosque in Sharjah to welcome visitors in 2005. Located on the banks of the Khalid Lagoon, the Al Noor Mosque is one of the most picturesque in the U.A.E., inspired by the architecture of the iconic Blue Mosque in Istanbul. The exterior consists of 34 beautiful cascading domes, semi domes, and thin minarets, reminiscent of the classical Turkish Ottoman style of architecture. The mosque has the capacity to hold 2200 people with a separate ladies section. During the holy month of Ramadan, worshippers come from as far as Morocco and Algeria to pay their respects.

The mosque is open for public visits Mondays at 10 a.m. and requires pre-registration. The one-hour tour is an excellent opportunity to learn about Islam and the culture of the U.A.E and includes a Q&A session. Photography is allowed. 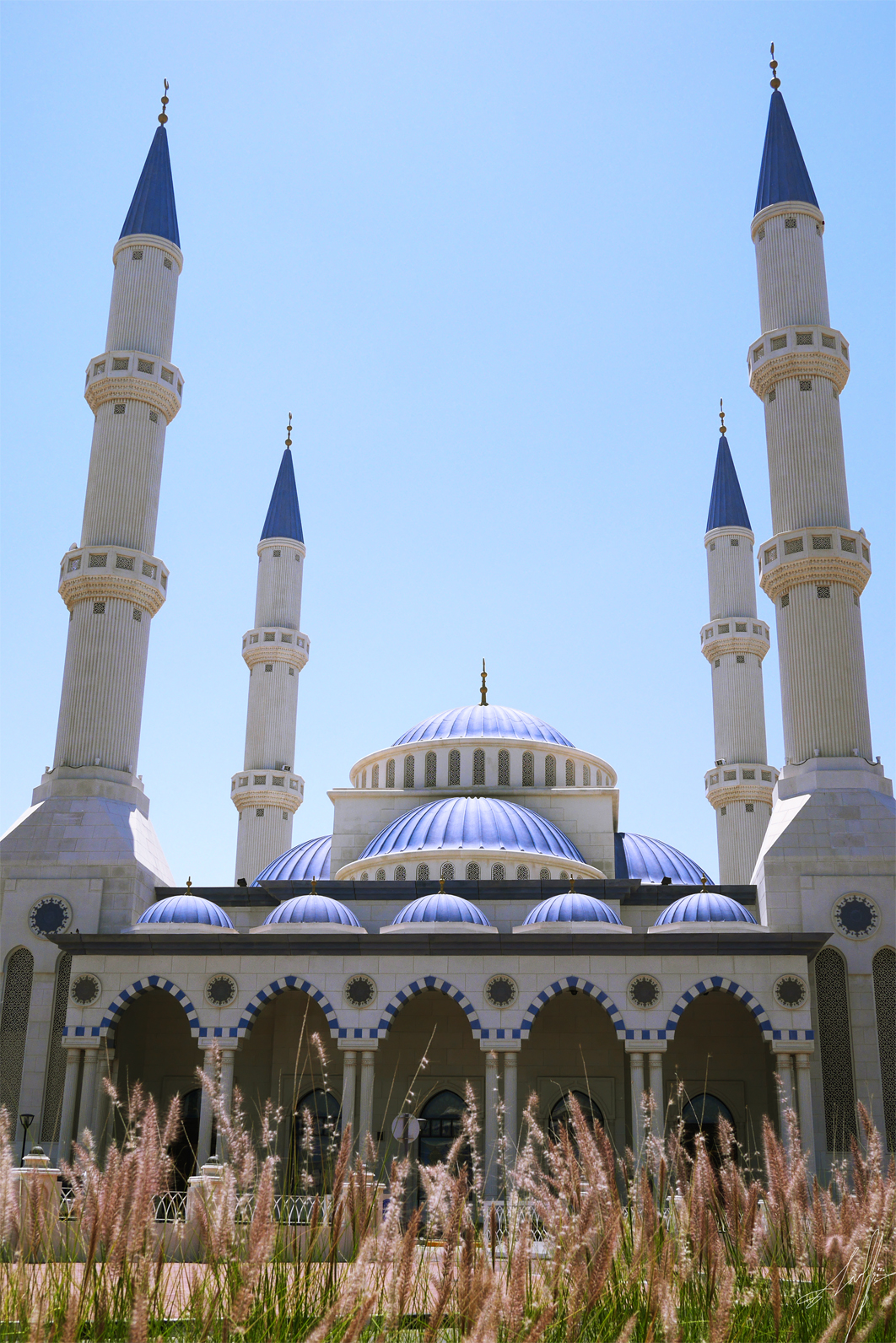 The Al Farooq Omar Bin Al Khattab Mosque and Center opened in Dubai in 2011 to bridge the gap between visitors and locals and facilitate cultural exchange. Promoting the values of moderation, tolerance, creativity, leadership, peace, and harmony, the center is a great place to learn about Islamic culture and heritage. With an area of 93,400 square feet that can accommodate 2000 people at a time, the mosque is one of the largest in the U.A.E. Like the Al Noor, its design was also inspired by the Blue Mosque and consists of 21 domes, 124 stained glass windows and 4 minarets on the exterior. Andalusian influences also abound, from the colorful tiles at the entrance to the hand sculpted inscriptions inside, created by 60 Moroccan artists over the period of a year. The center has a library, youth club, lecture hall, classrooms, and free Arabic lessons are held weekly.

Tours are available Sunday through Thursday at 10:30 a.m. and 4:30 p.m. and require prior registration. Photography is permitted. 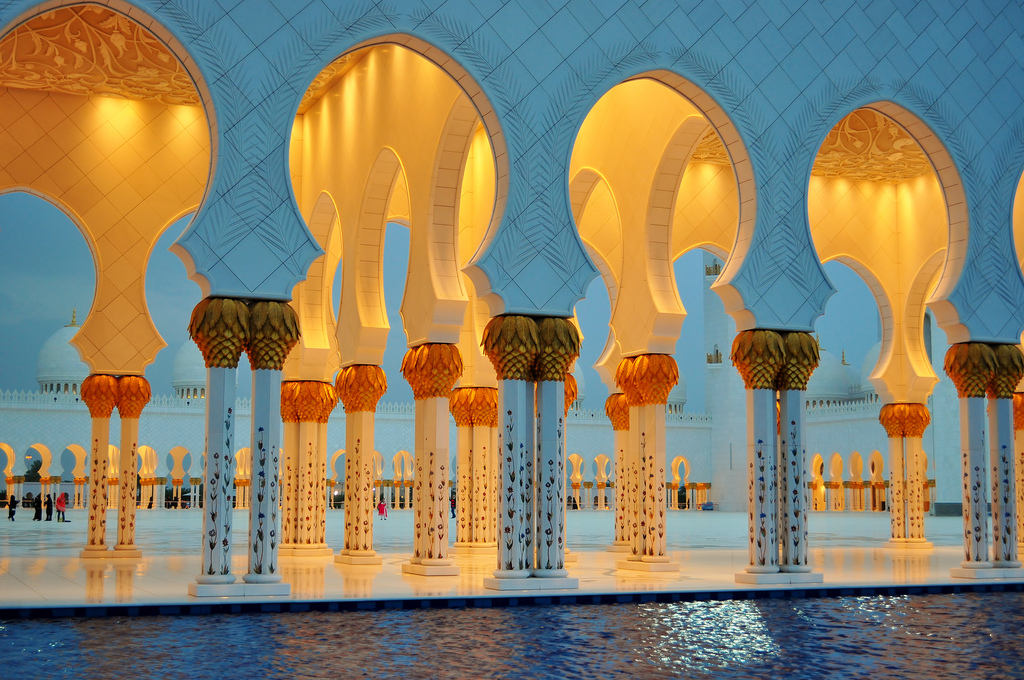 One of the first mosques in the country to receive non-Muslim visitors, the Grand Jumeirah Mosque in Dubai is very popular with tourists who attend cultural tours organized by the Sheikh Mohammed bin Rashid Center for Cultural Understanding.

Built in the medieval style of Fatimid, the exterior is a serene sight with white minarets, domes and intricate detailing. Inside, the roof of the prayer hall rests on several columns.

Tours last for 75 minutes and are held from Saturday to Thursday at 10 a.m. Reservations are not required but visitors must arrive by 9:45. Afterwards, a Q&A session is held where visitors are encouraged to ask any questions they may have about Islam and the Arabic culture. Photography is permitted.

The 6 Best Day Trips in the UAE