Valencia: City on the Sea 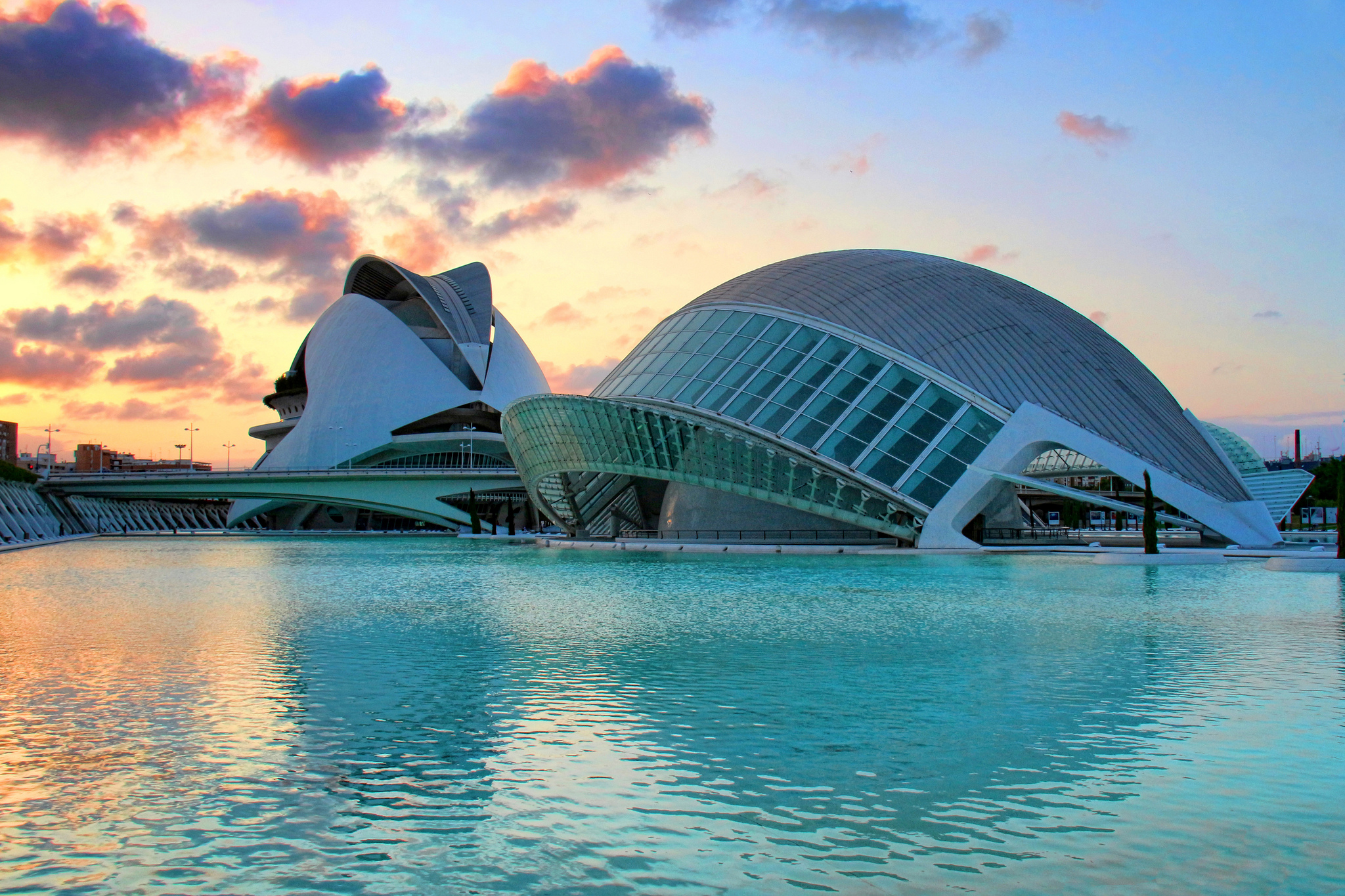 Like many other European cities, Valencia is one that is in transition. Often overlooked in favor of cities like Barcelona and Madrid, Valencia has a quiet and sophisticated charm all its own. As the third-largest city in Spain, Valencia manages to maintain a cosmopolitan feel while extending a warm, heartfelt welcome to visitors. Best known for being the birthplace of paella and for its ambitious - and phenomenal - redirection of the river Turia to make way for some decidedly modern features, Valencia is a place that visitor return to again and again. If you’ll be visiting the Costa Blanca, it should be your first stop.

A City on the Sea

Despite the fact that Valencia sits directly on the Mediterranean Sea, its identity barely reflects it. Indeed, some of the most popular neighborhoods - and its central district - are located well away from the beach. However, it is well worth it to spend at least one afternoon at one of the city’s beach areas. Two popular options are the Playa e Levanta o de la Arenas and the Playa de Malvarrosa. By spending some time at the city’s beaches, you can see another side of it that many tourists miss.

When most people think of Spain, its signature dish, paella, springs to mind. Most people agree that the popular dish was created in Valencia - and finding authentic, delicious versions of it in the city is a snap. In many Spanish metropolitan areas, it’s easy to get fooled into dining on paella knockoffs; in Valencia, genuine versions of the beloved dish are easy to track down. If you’re only going to be in the city for a short period of time - and only have room in your budget for one fancy meal - make it paella.

A Nod to Modernity

While many parts of Valencia are steadfastly dedicated to the city’s long, illustrious past - medieval architecture abounds - a recent project has put Valencia back on the map in a big way. The City of Arts and Sciences, a massive complex that was built where the River Turia once flowed, is worth a visit for its phenomenal architecture alone. Designed by Santiago Calatrava, it includes an aquarium, a science museum, a planetarium and an IMAX theater. For a special treat, be sure to stop by at night - it’s lit up in an especially alluring way.

An Acknowledgement of the Past

Valencia was founded by the Romans and has been inhabited for thousands of years. As such, plenty of intriguing, ancient architecture abounds. Like many cities, it was once walled in; today, you can visit the Torres de Quart - a medieval tower - to get a feel for what that old city wall was once like. In fact, the tower was an actual part of that wall. This is a quick, simple way to immerse yourself in the city’s sweeping past, even on an abbreviated visit.

The city of Valencia is brimming with exciting activities and attractions. The people here love to have fun, and the Barri del Carme - the old center of the city - is one of the best places to experience it. Here, you’ll find shops, cafes, bars and restaurants. At night, nonstop action and revelry is the name of the game. Without a doubt, an evening in the Barri del Carme is a great way to top off a visit to this illustrious city. It will give you a well-rounded feel for the city and its people - and it will be one of the many things that will make you want to come back again.

7 Must-Eat Dishes Around the World

Eat Your Heart Out in Spain