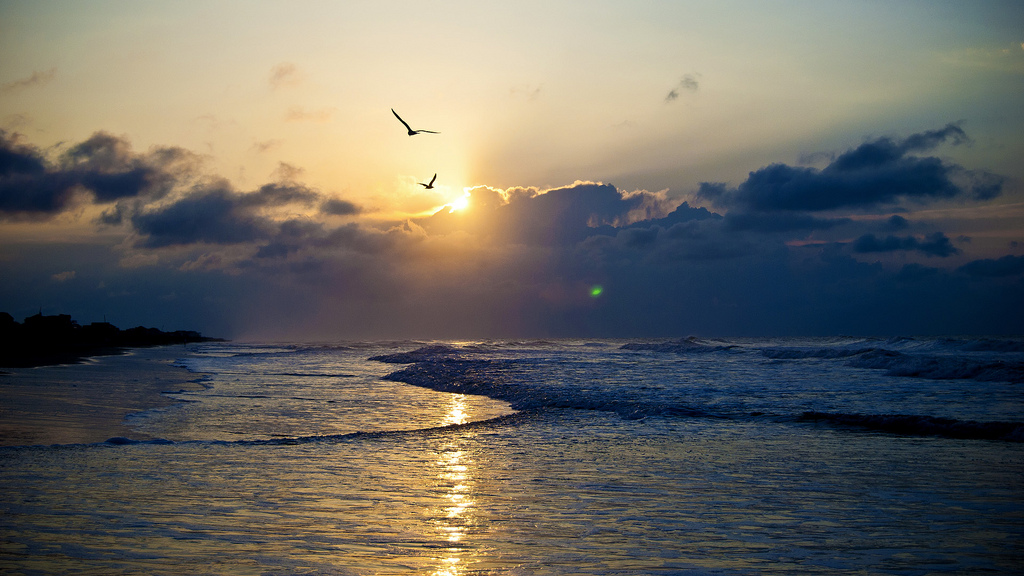 Situated as it is on Folly Island, Folly Beach is one of the best-known seaside resort towns in the state of South Carolina. With Charleston within only a thirty minute drive or so, Folly Beach is conveniently located for locals and out-of-staters alike. The key thing to keep in mind about Folly Beach is that it exists almost solely to provide a relaxing beach environment for those who visit. If you are planning to spend time here but need a bit more to keep you occupied, you should plan on taking a few day trips over to the Charleston area. As close as it is to Charleston, it’s reasonable to spend a few hours there when hanging out in Folly Beach.

With Folly Beach, what you see is pretty much what you get: a laid back, beach loving environment. Since most people like to include a little bit more in their vacations, though, there are plenty of excellent options to help shake things up a bit. They include:

Most of us don’t think of military installations when the idea of a beach vacation springs up, but you’d be remiss to visit Folly Beach without spending at least a little bit of time at Fort Sumter. This is, after all, where the American Civil War began; a quick tour of the premises will enlighten you to the history of that critical day, as well as the many other important events that took place at the fort.

Considered by many to be the largest tree on the East Coast, the Angel Oak – which is located on nearby John’s Island – is believed to be over 1,500 years old. This majestic tree’s branches extend impossibly high and wide, casting a spell on anyone who is lucky enough to stand in its presence. You won’t believe your eyes, so be sure to include a visit to the Angel Oak on your trip to Folly Beach.

The Old Charleston lighthouse is truly unique because it sits right in the water. It once stood on Morris Island, which washed away and left the lighthouse sitting in the ocean. Today, you can drive to the end of Folly Island then proceed on foot for a ways. Eventually, you’ll spot the lighthouse standing alone out in the waters – a truly unforgettable sight.

There are many old plantation houses to tour in the south, but most of them have been restored to the point of not being all that authentic. For a glimpse of what life was really like during the colonial period, stop in at Drayton Hall. It’s one of the oldest plantations in the area, and has not been changed at all since the colonial days.

With its emphasis on beach fun, Folly Beach is geared toward keeping families and couples happy. If you’re going to be in the area and would like to try something a little bit different, though, consider including one of these attractions:

There are plenty of historic sites to check out when in the Folly Beach/Charleston area; if you’d like to simplify your endeavors, though, you can plan a visit to Sullivan’s Island. Couples will enjoy strolling around the well preserved streets of this intriguing place. Fort Moultrie is located here, and is where many important events from the Revolutionary and Civil Wars occurred.

Sometimes, the kids just need to get away from the sun and the sand for a few hours. Fortunately, Charleston has a topnotch place where you can take them for a few hours: the South Carolina Aquarium. Several fish and other sea life can be viewed here, keeping the little ones happily occupied.

Shrimping is an important part of the Folly Beach economy, and has been for centuries. Over at Shem Creek, you and the family can watch shrimpers bringing in the day’s catch. It’s a neat way to get a feel for how this important undertaking is accomplished.

In general, lowcountry cuisine is the prevailing style of food that you can find in and around the Folly Beach and Charleston areas. Many different dishes make up such cuisine; catfish stew and Charleston red rice are just two main examples. Fried cabbage and baked macaroni and cheese are also very popular, and shouldn’t be missed. Also, many area restaurants serve up gumbo, which highlights the fact that lowcountry cuisine is a neat amalgamation of southern and Creole cooking; you won’t want to miss it.

Folly Beach’s proximity to Charleston is a definite plus, since flights into and out of Charleston International Airport are quite easy to come by. You shouldn’t have any trouble arranging such air travel plans, and driving over to Folly Beach from Charleston couldn’t be easier. U.S. Highway 17 is the primary freeway for travel in and around the Folly Beach and Charleston region.

Summer time is the best time to be in Folly Beach. Its unique location along the Atlantic coast helps it remain relatively cool. Daytime highs do reach into the 80’s, but ocean breezes help mitigate that heat considerably. Winters can be chilly, though, so if outdoor activities are your aim you should skip the winter in favor of the summer.

A Beach Getaway for Less than $25 a Day

A Girlfriend Getaway to Myrtle Beach