The Secrets of San Francisco 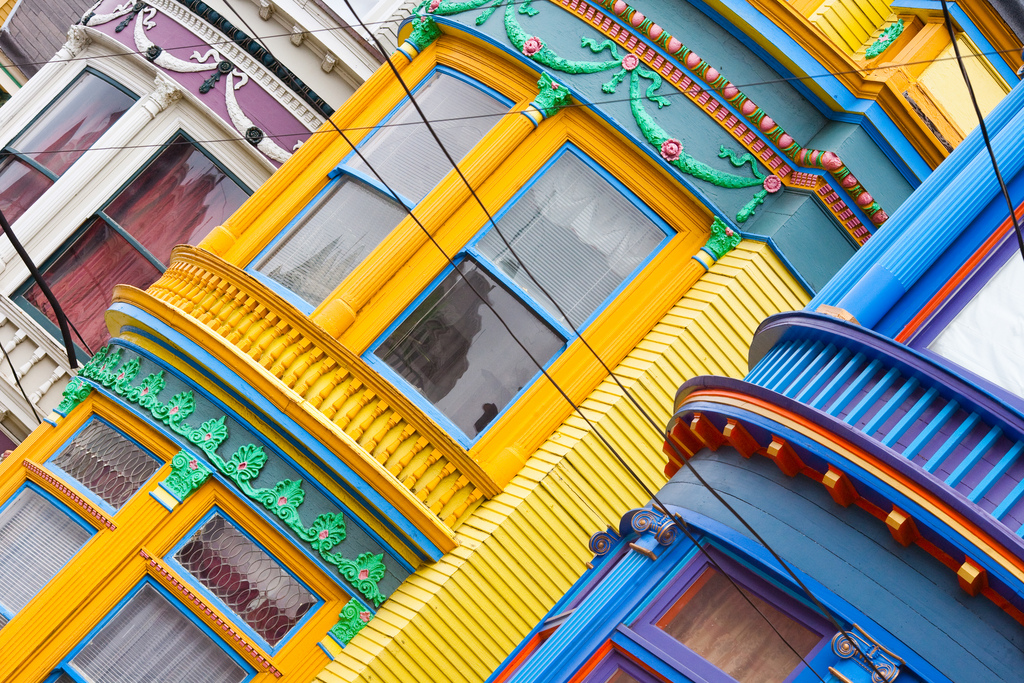 With its unique located at the tip of a peninsula that is buffeted by the San Francisco Bay and the Pacific coast, the city of San Francisco has been captivating people for centuries. This eclectic city takes the “melting pot” concept to a whole other level, as the home to a stunning array of people from a vast cross section of different nationalities, cultures, religions and belief systems. That diversity helps give San Francisco its unique charm, and also keeps people returning again and again. Thanks to its steeply hilly terrain and wide variety of different attractions, this is one city where you’ll never get bored. Whether you’re interested in outdoor activities, cultural attractions, entertainment or any number of other pastimes, you’ll undoubtedly find something that suits you perfectly on this one-of-a-kind, seven-mile-by-seven-mile plot of land.

Most people are at least vaguely aware of some of San Francisco’s most famous attractions; Alcatraz and the Golden Gate Bridge immediately spring to mind. There are many lesser-known gems to explore in the city, though; here’s a peek at a few of the best ones:

The Lyon Street Steps are a local landmark and are especially popular with area residents for the fitness opportunities that they provide. Located between The Presidio and the mansions in Pacific Heights, these expansive steps offer stunning vistas and plenty of views of some truly breathtaking homes.

Peanuts fans will find that making a day trip out to Santa Rosa – which is approximately fifty miles north of San Francisco proper – is will worth it, thanks to that city’s superb Charles M. Schulz Museum. Several of the famous cartoonist’s very best strips are located here, as well as several other key artifacts from his life. It’s a quirky, unique way to take in a bit of pop culture while visiting San Francisco.

45% of American bird species can be observed over at Point Reyes National Seashore, making it a bird watcher’s paradise. More active pursuits are also to be had along this gorgeous stretch of land, including topnotch backpacking opportunities. Sea lions, seals and whales can also be seen on a regular basis, so wildlife lovers of all kinds are sure to get a kick out of spending a bit of time here.

Exceptional views of the San Francisco coastline can be had from Fort Funston, an old military lookout that’s located not far outside the city. Hang gliding is a popular pastime here, as is hiking the excellent cliffs that dot the landscape. Simply roaming along the beach is reason enough to head over to this popular local hangout.

San Francisco definitely has something for everyone, and that includes families and couples alike. If you’re going to be hitting the city with kids in tow – or if it’s just going to be the two of you – try out one of these key attractions:

There’s no doubt about it: Kids love candy. When in San Francisco, a tour of the local Jelly Belly jelly bean factory is always a huge hit. Guided tours here are free, and the employees aren’t stingy with the samples. Getting to enjoy an insider’s view of how these tasty gourmet jelly beans are made is a definite treat for the whole family.

Even if you’ve never stepped foot on a Segway before, never fear: Segway tours of San Francisco by night are popular, and training is provided. Once you’re ready to go, the guide leads the group around key spots of the city; gliding along on a Segway is definitely one of the most unique ways to take in San Francisco after dark.

Sign up for a cruise of these rocky points about 27 miles off the coast of San Francisco with your honey to see some unforgettable scenery. Tufted puffins are just one example of the unique wildlife that can be seen along these thoroughly enjoyable cruises.

Rice A Roni may be the San Francisco treat, but if you’re only going to enjoy one kind of food while here, head over to Chinatown. With the largest Chinatown in the United States, San Francisco boasts a vast array of exceptional Chinese restaurants. Head out in the late afternoon and take your time exploring the winding streets of this one of a kind part of the city; be sure to sample some dim sum along the way.

As a major West Coast city, San Francisco is easy to get to. San Francisco International Airport is one of the most popular gateways to the city, and it’s a snap finding flights into and out of it. Several major freeways snake in and around San Francisco, so if you’ll be driving in you won’t have a difficult time navigating there.

Interestingly enough, September through November – or the fall – is the best time to visit San Francisco. Temperatures are still remarkably high during this time of year, yet the city isn’t nearly as jam packed as it can be during the summer. Rain is also at a minimum during those months, so you don’t have to worry about dealing with a lot of deluges.