As America’s oldest continuously operating farmer’s market, the Reading Terminal Market in Philadelphia is a must-see for any food lover. Complete sensory overload, from traditional Pennsylvania Dutch fare to authentic Thai cuisine, it’s easy to get lost amongst the diverse menu options. Retaining its historic allure, the market is just as relevant today as it was in 1892 when it opened, and thanks to its “no chain” policy, only local businesses are allowed to set up shop.

It can be overwhelming trying to navigate the crowds of fast-paced Philadelphians through a labyrinth of fresh produce, meats, and bakery stalls. Sure, you could settle for a Philly Cheesesteak or a traditional soft pretzel, but you could get those anywhere in the city of Brotherly Love.

For a well-rounded tour and exciting, new experiences, here are our recommendations for where to explore in the Reading Terminal Market. 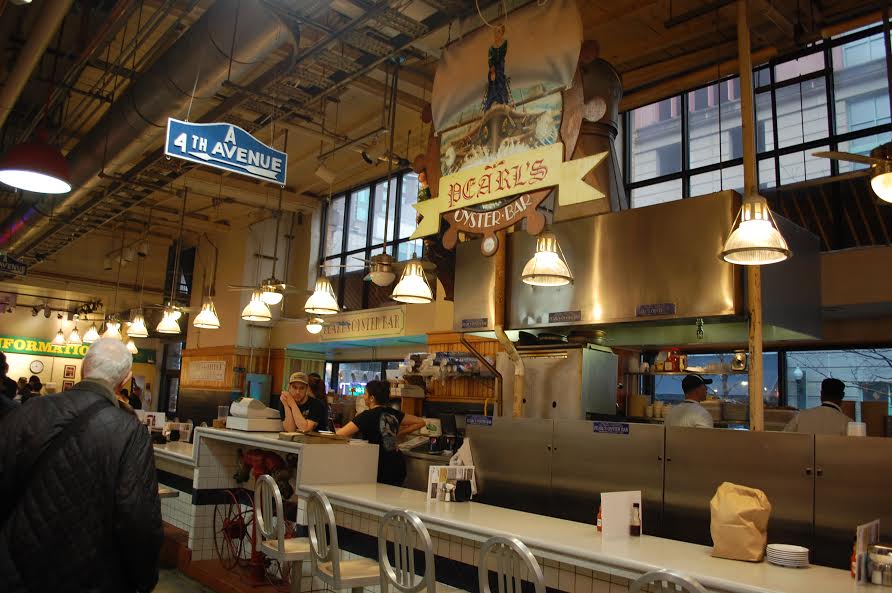 For about 45 years, Pearl’s Oyster Bar has served two lesser-known local dishes made from ingredients that even the nation’s Founding Fathers used to crave; fresh oysters and a meaty snapper turtle soup. But if you’re not in the mood for fish, they’ve also recently added a few breakfast items to the menu – including a beloved breakfast burrito! 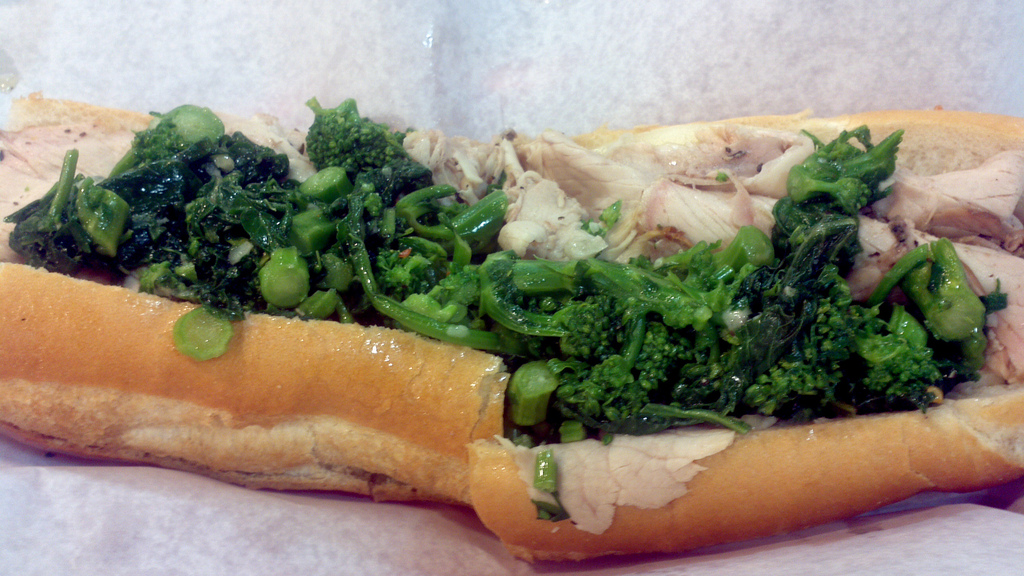 Toward the center of the market is DiNic’s which recently received national acclaim for serving up “America’s best sandwich” – and deservedly so! DiNic’s pulled pork sandwich features thin strips of slow smoked pork topped with broccoli rabe and partially melted provolone cheese, a perfect compliment to the smokiness and saltiness. But get in line early as the wait can be upwards of 1 hour. 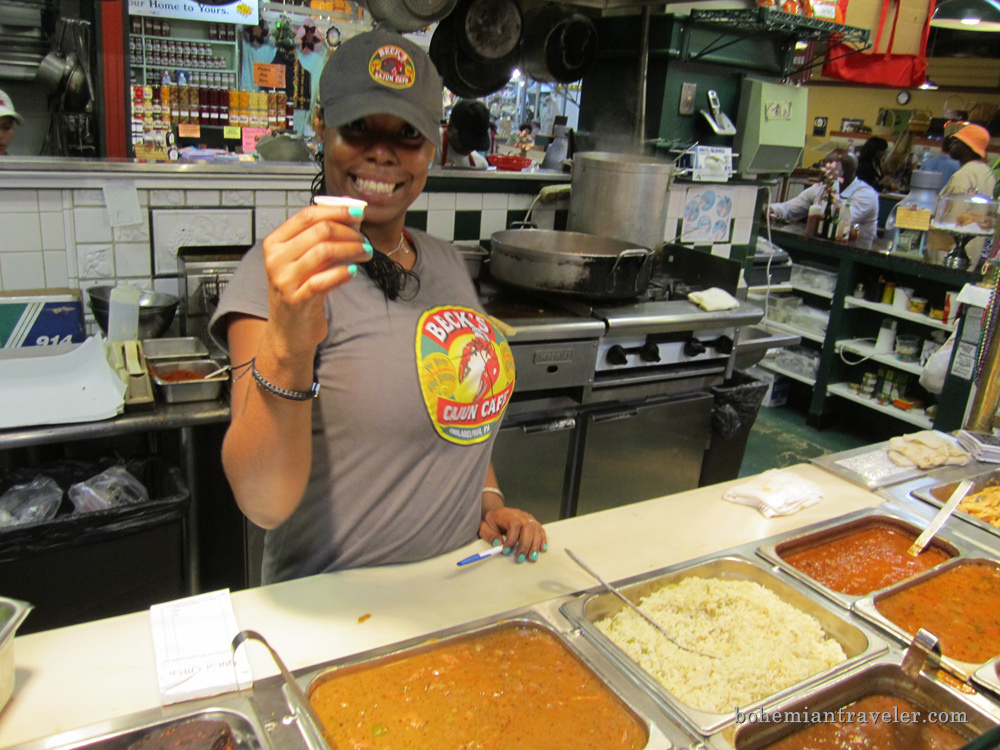 If you don’t want to wait, one of Reading Terminal Market’s undiscovered gems (and next big thing) is Beck’s Cajun Café, which ships ingredients straight from New Orleans. Seemingly overnight this Cajun invasion has slowly built up a following of loyal eaters who frequent the stand to get their fix of authentic Cajun and Creole spices. Their Jambalaya, Etouffee, and Gator Gumbo is arguably some of the best outside the Bayou. 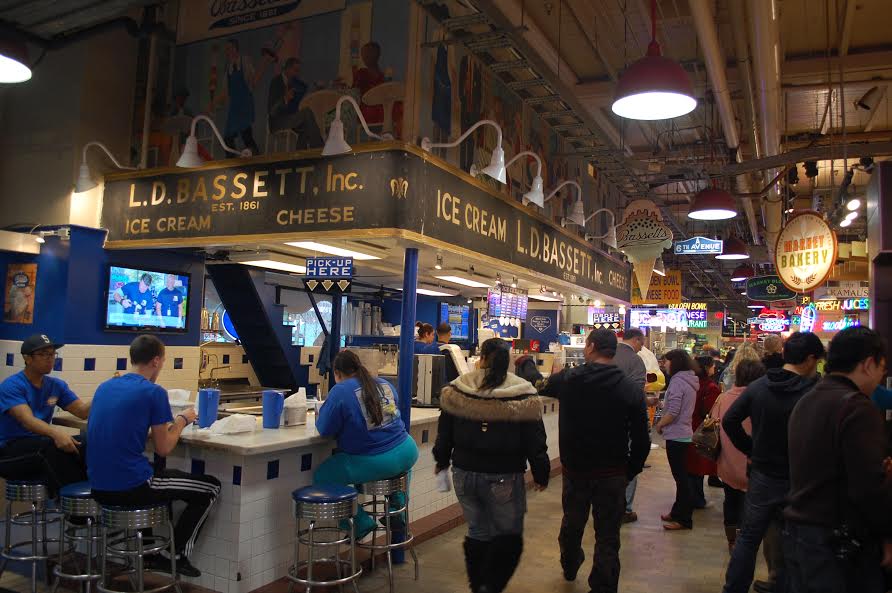 Bassett’s Ice Cream has been a family operation for more than five generations, and was one of the original shops when the market opened. A favorite spot for Philadelphia treats and sweets, try their signature Butterscotch Vanilla or Rum Raisin. 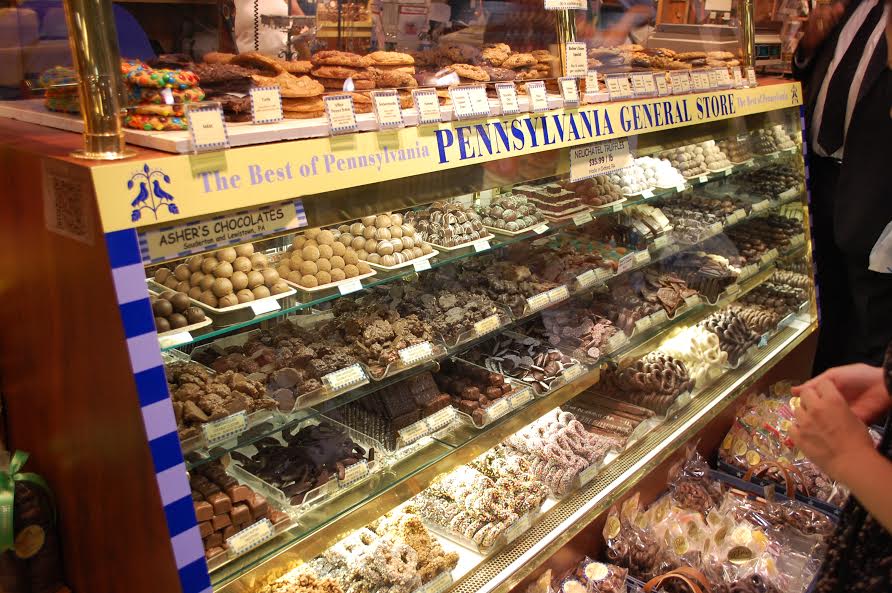 At the Pennsylvania General Store, satisfy your sweet tooth with local treats like Pennsylvania Dutch “Bodegeschmack,” which is German for “taste of the land.” Other local brands worth a snack include Tasty Kakes and Peanut Chews. For fresh baked goods, Hershel’s East Side Deli, a classic Jewish deli makes one of the city’s meanest Apple Cakes. And no trip to Reading Terminal Market is complete without a stop at Termini Brothers Bakery for Italian favorites like biscotti, tiramisu, and cannolis.