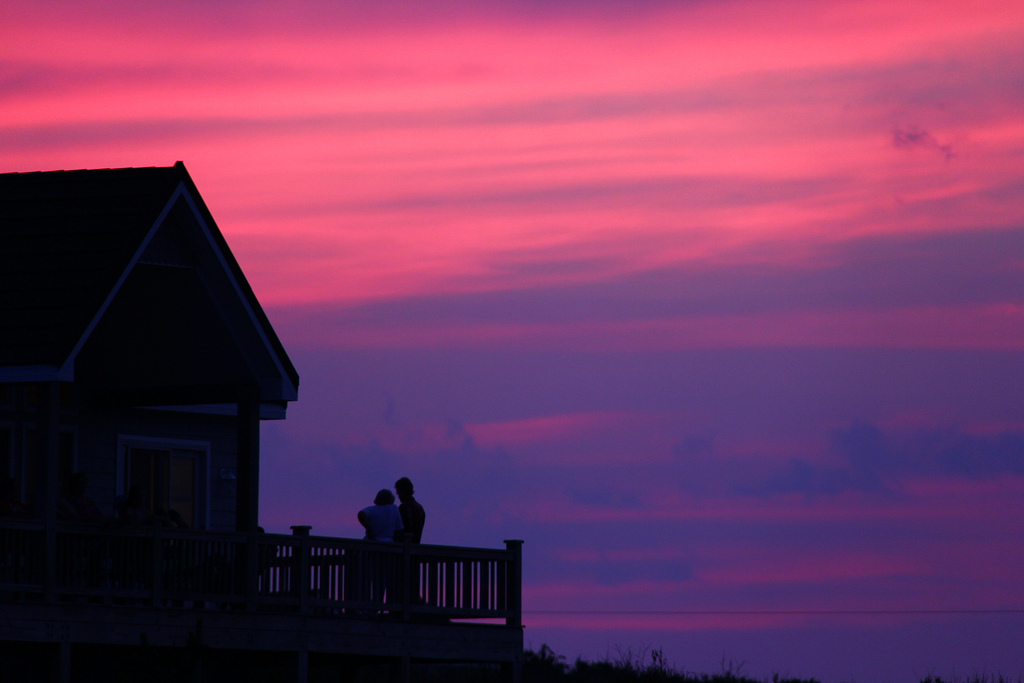 With a complex and fascinating history whose focal point revolves around the founding of the United States, and a resort atmosphere that promises fun in the sun and plenty of outdoor activities, the Outer Banks of North Carolina are a premier vacation destination for all sorts of people. This 200 mile long chain of barrier islands presents many key opportunities for travelers, with a mix of key historic sites and a broad swath of exceptional outdoor attractions. From the dark history of the many shipwrecks that dot its coast to the soaring achievements of the Wright Brothers, the Outer Banks are a compelling and unique place to explore.

Much of the time, people arrive in the Outer Banks and immediately hightail it for the ocean. That’s only natural, considering the ample beauty and allure of the seashore. Still, there are many other things to enjoy in the Outer Banks, including:

The tragic tale of some of the first people to arrive in the New World played out over on nearby Roanoke Island. Indeed, this is where the so-called Lost Colony – the English Roanoke colony – vanished back in the year 1587. There are plenty of historic plaques and places around the area where you can learn more about the mystery of that group’s disappearance, and it’s a great way to get a feel for the complicated background of this idyllic place.

Many historians consider the Outer Banks – and, more specifically, Kitty Hawk – to be the birthplace of modern aviation. You can pay homage to the masterminds behind the first modern flight, Orville and Wilbur Wright, by stopping at the Wright Brothers National Monument. This is the spot where the brothers made their first successful attempts in aviation, and a stunning monument has been built to commemorate that momentous achievement. This is a must-see spot along the Outer Banks.

A monument to the first British person to be born on American soil, Virginia Dare, is located on Roanoke Island. Considering how many births followed hers, it is a dramatic feeling to stand in this historic spot. Most history books make mention of Virginia Dare, so seeing the approximate place where she grew up can be a very memorable and interesting thing to include on a trip to the Outer Banks.

For many people, the West Coast is where the best surfing is. Still, the Outer Banks offers some of the best surfing along the East Coast, and plenty of places offer lessons for newbies who want to get a feel for this fun and liberating sport.

Couples and families with children both flock to the Outer Banks, since the region truly has a little bit of something for everyone. If you’re going to be traveling with your honey or with a full crew including children, be sure to consider some of the following options:

Climbing up and running down the massive dune at Jockey’s Ridge State Park is one of the most popular local pastimes along the Outer Banks. Pack up the kids and plan to spend an afternoon at this park, which also boasts many hiking trails and other features. Many great memories are sure to be made at this fun-filled place.

One of the best ways to learn more about what life was like in this part of the East Coast during the 16th century is by popping in at the Elizabeth II State Historic Site. An on-site museum offers many key artifacts and exhibits that are sure to hold your attention.

Seafood is what’s for dinner all along the Outer Banks, and if you like oysters then you’re gong to be in seventh heaven. Since seafood is so abundant and fresh here, you can find it in low-priced eateries and buffets, as well as upscale restaurants. You’ll never have trouble tracking down a decent seafood joint, no matter where you are along the Outer Banks – and you won’t believe the freshness and quality of the cuisine here.

Virginia Beach is where the closest international airport is located, and if you fly in there you’re still going to have quite a drive ahead of you. Still, the drive is scenic and well worth it. No major interstates come close to the Outer Banks, so you’ll have to travel along smaller state highways like 64 and 158.

June, July and August are when the Outer Banks are at their best in terms of weather – and also when they are the most crowded. However, it’s generally warm enough to swim by mid-April, so if you can head into the area then you will be able to miss a lot of the congestion. Fall is also beautiful here, so consider that as an option if you’d like.

Meet the Place Called the “Yosemite of the East”

The Swag Raises the Bar for Hotel Experiences

Meet the Place Called the “Yosemite of the East”

The Swag Raises the Bar for Hotel Experiences