NYC's Most Touted Celebrity Chefs and Their Iconic Restaurants

If there ever was a city that’s cemented itself as a mecca for celebrity chefs, it’s NYC. Even if they didn’t begin their illustrious careers here, many of the world’s master gastronomes eventually found the allure of the Big Apple too potent to resist, establishing at least one outpost in Gotham in which to exhibit their utmost epicurean abilities.

From notorious TV stars like Mario Batali and Tom Colicchio to international icons like Jean-Georges and Morimoto (a one-name wonder), NYC is studded with the highest-caliber celebrity chefs that foodies and culinary travelers can ever hope to find. In fact, some of New York’s top chefs have turned into serial restaurateurs, lending their names and expertise to ventures of all types, from fine dining to fast food.

Here are our picks for best celebrity chefs in New York and which famous restaurants are worth the hype. 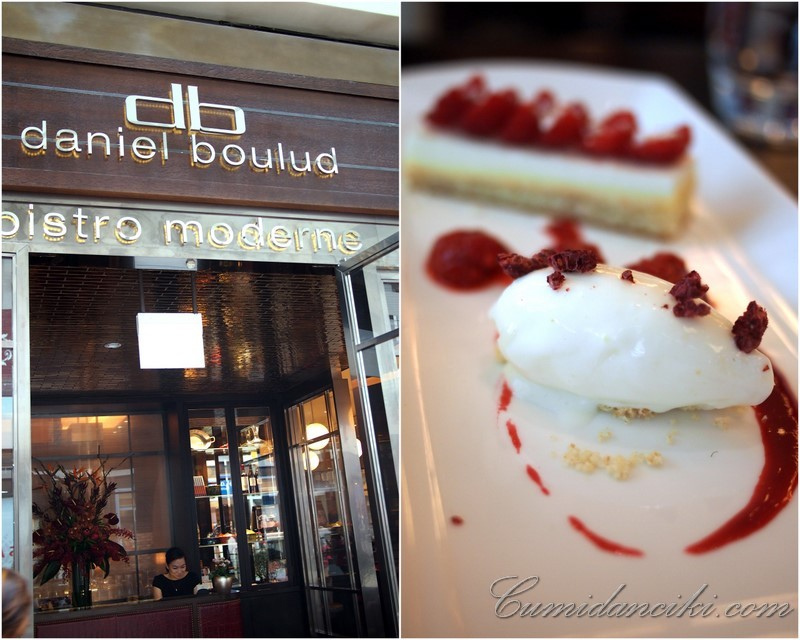 He may hail from Lyon, France, but Daniel Boulud has reigned over the NYC restaurant scene since his arrival in the early ‘80s. He currently boasts a lineup of seven spots in Manhattan, including his signature, two-Michelin-starred fine-dining restaurant, Daniel, upscale-casual DB Bistro Moderne, one-Michelin-starred Cafe Boulud, charcuterie-centric Bar Boulud, Mediterranean-themed Boulud Sud, grab and go Epicerie Boulud market, and the lively DBGB Kitchen and Bar on the Lower East Side. 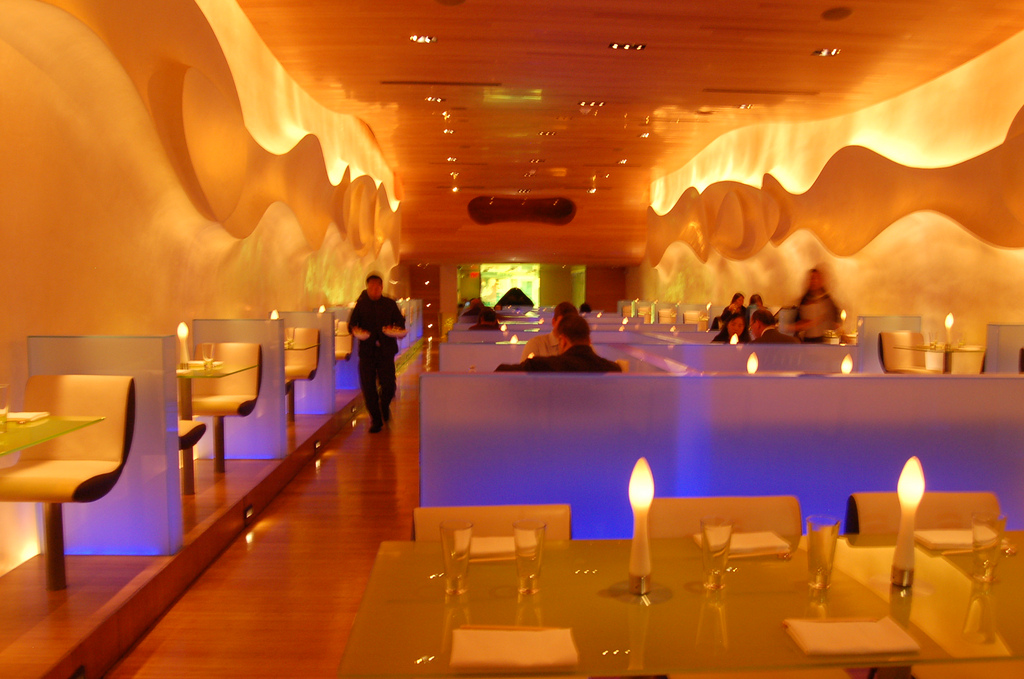 Classically trained in Japan, Morimoto started his career in the States at Nobu, but rose to fame as the original Iron Chef. He opened his namesake outpost Morimoto on 10th Avenue next to Chelsea Market back in the early 2000s, and its popularity doesn’t appear to be fading anytime soon, due in part to its insane omakase offerings, a multi-course “chef’s choice” tasting menu. 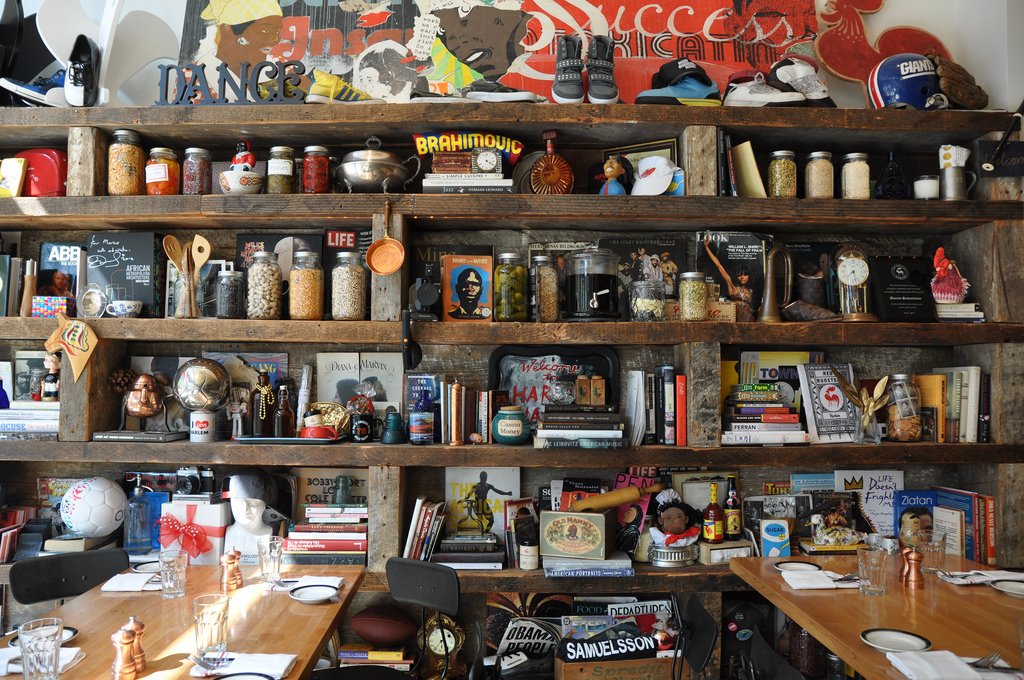 You may know him as a judge on Chopped, but the Ethiopian-born, Swedish-raised superstar first made a name for himself in New York City with haute Scandinavian cuisine at Aquavit. Since, he has established a soul food sensation with Harlem’s Red Rooster and Ginny’s Supper Club (the speakeasy underneath Red Rooster). More recently, he’s been focusing on more casual eateries like Uptown Brasserie in JFK Airport and American Table Cafe and Bar inside Lincoln Center. 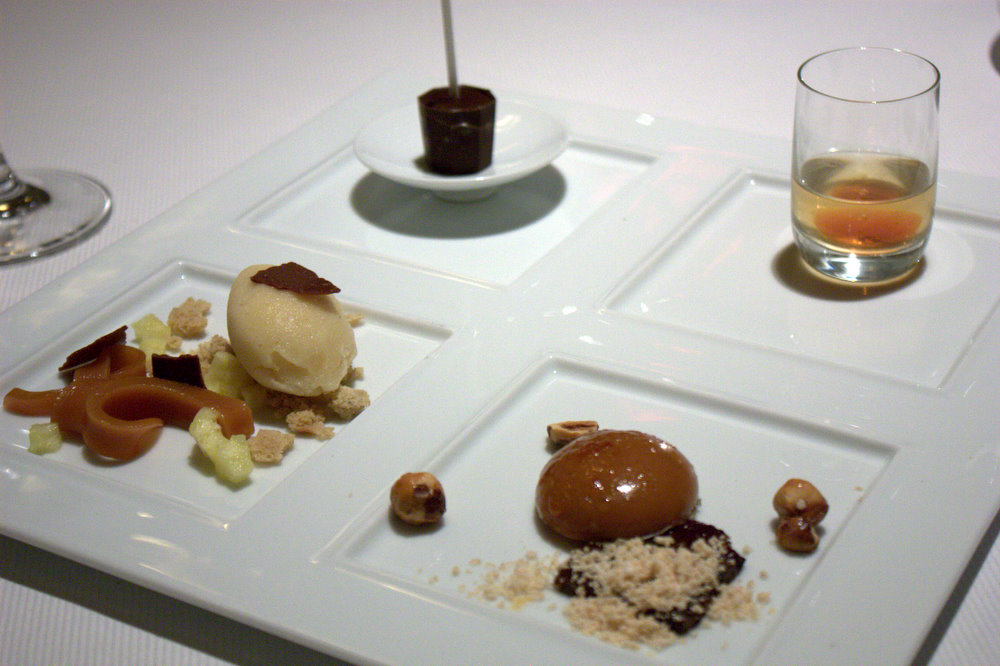 One of the world’s most well known restaurateurs, his eponymous Jean Georges restaurant, Perry St and The Mercer Kitchen are a cornerstone of NYC’s fine-dining scene. With an ever-growing portfolio, Jean-Georges’ list of ventures includes many more upscale eateries, like ABC Kitchen, JoJo, The Mark, and ABC Cocina. 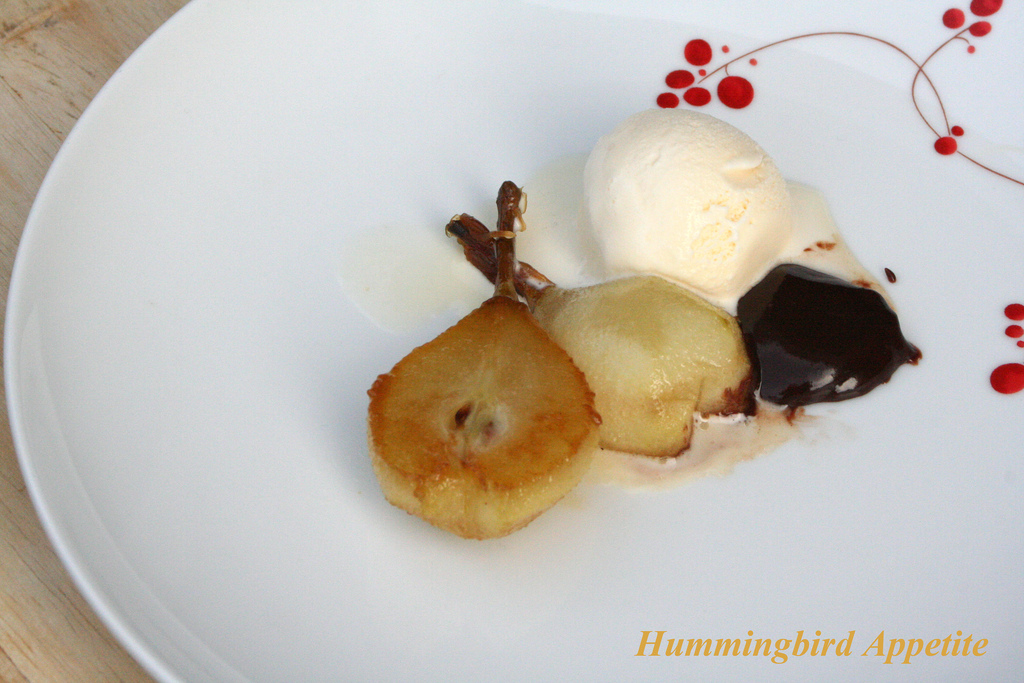 A regular guest judge on Bravo’s Top Chef and the host of his own PBS series “Avec Eric,” while you may have seen him on TV, Ripert is first and foremost the chef and co-owner of Le Bernadin. Consistently ranked as New York City’s top restaurant, with 3 Michelin stars and a perfect four-star review for over two decades, it’s a mecca for culinary enthusiasts. If you can get a reservation, the tasting menu will run you about $200 per person without wine pairings (add vino and you’re looking at about $330 a head), but the experience will be one you can savor forever. Not to mention, the bragging rights will be tough to trump. 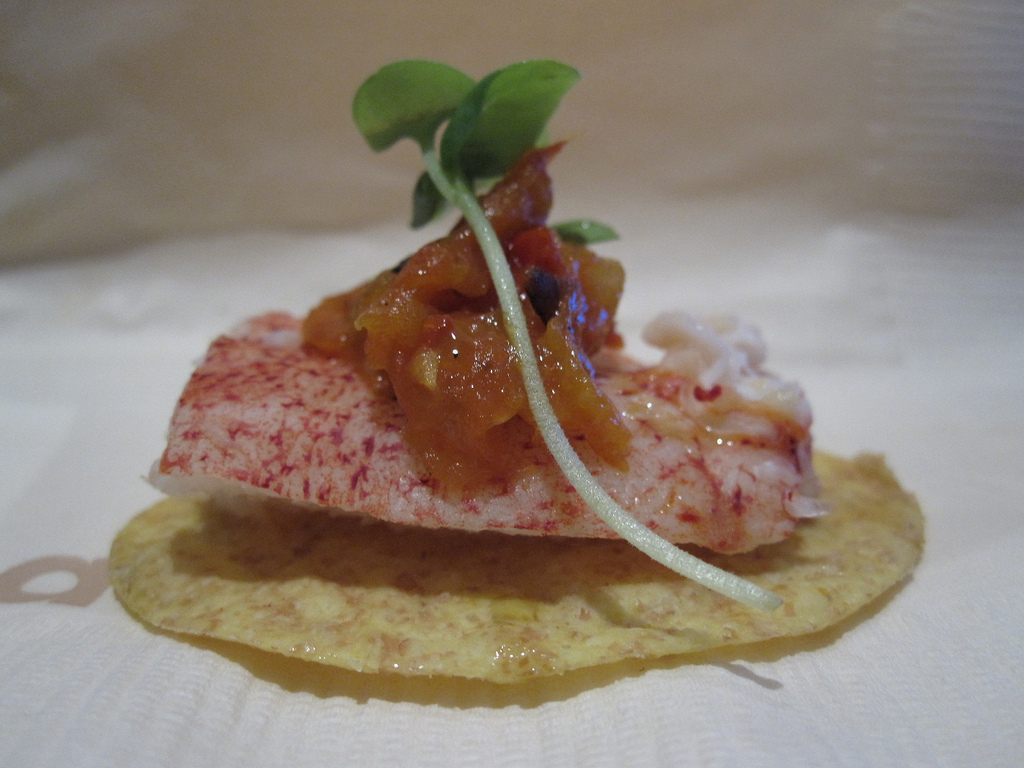 Colicchio was roughing it as a chef around NYC for years before becoming known as the bald, oft-hypercritical judge on Top Chef. He used his celebrity status to launch an empire that now includes Craft, CraftBar, Riverpark, Colicchio & Sons, and the elevated sandwich shop, ’wichcraft, among others. 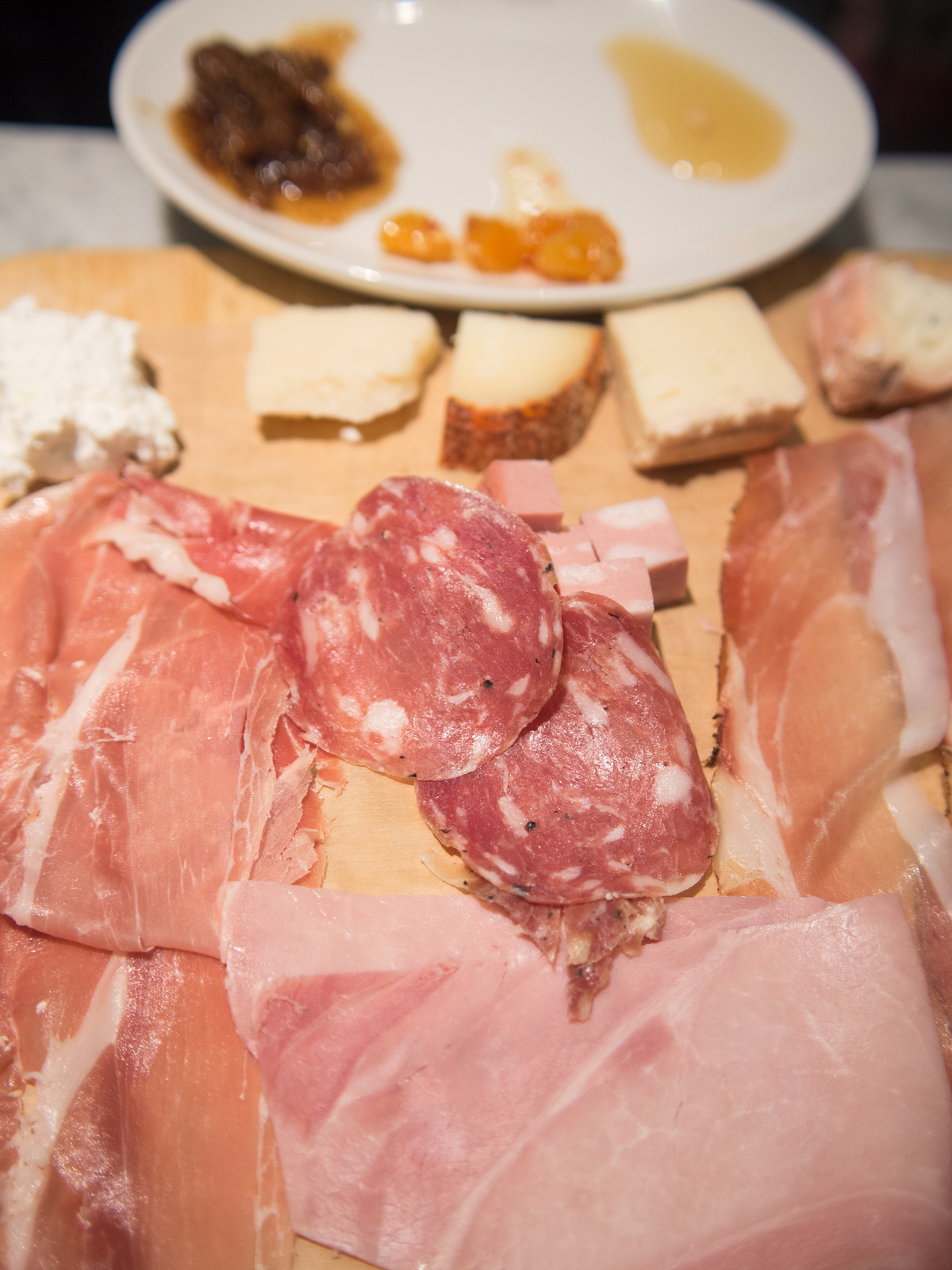 The big-bellied, red-bearded Italian master chef has come a long way since his days on Molto Mario. Today, Batali and his partners oversee a number of culinary properties, which includes Babbo, Del Posto, Casa Mono, Esca, Lupa, Otto, and the amusement park-like market of the food world, Eataly. Don’t expect to see him slowing down anytime soon. 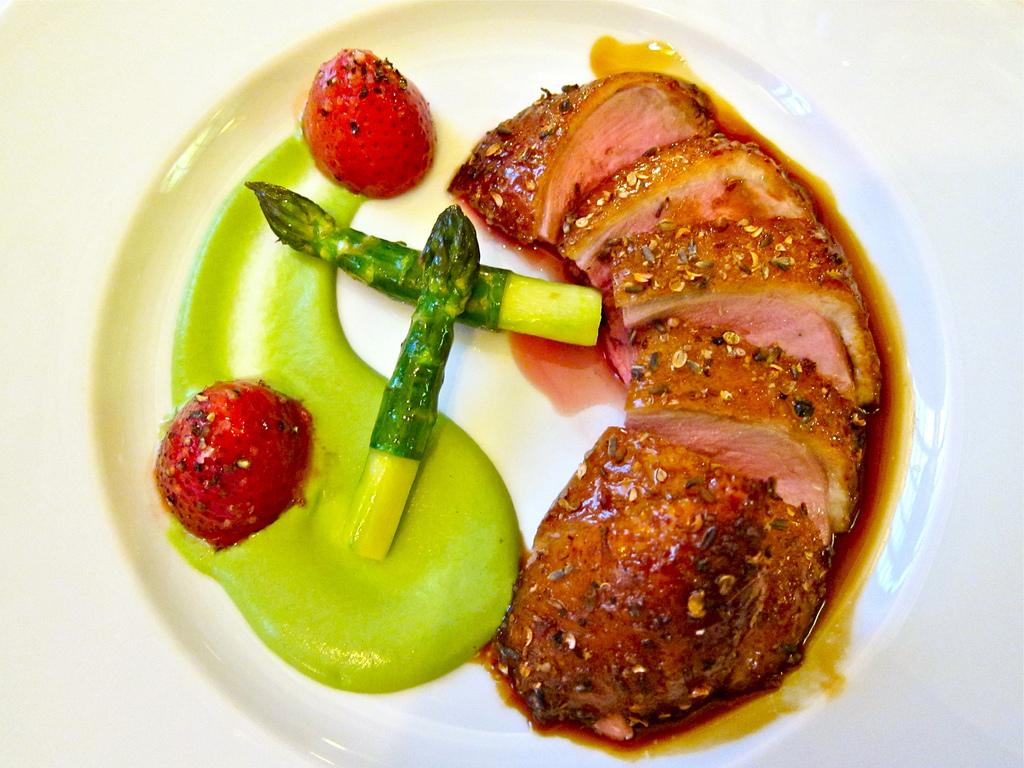 As a bold, 27-year-old chef, Meyer opened his first restaurant, Union Square Cafe in 1985. Today, he’s the CEO of Union Square Hospitality Group, the company that owns and operates NYC institution Gramercy Tavern, as well as Blue Smoke, Jazz Standard, The Modern, Maialino, and the beloved burger joint of millions, Shake Shack, which evolved from a simple hot dog cart in New York to an international phenomenon. The company also runs several other high-end culinary properties, and recently sold one of NYC’s best restaurants, Eleven Madison Park, to its current chef and manager.