More than four million visitors entered Yellowstone National Park in 2017, making it the second busiest year on record. While most visits occurred during the summer months, the Bozeman Daily Chronicle reports another trend emerged as well: December visits are up. More than 20,000 visitors entered the park in December 2017, making it the busiest December the park had seen in more than 10 years. We have a feeling that trend will only continue to climb. Why? Because Yellowstone National Park is downright magical in the wintertime — and we have the photos to prove it.

You can't just drive into the park during the winter months, especially if you want to see the famous geysers and bison within it. Instead, you head to West Yellowstone, the gateway to the national park, and book a tour. Not just any tour though. For more than 60 years, winter visitors to the park have toured it in style: via classic snow coach. These oversnow vehicles are purposely designed to navigate the roadways that are thick with snow, allowing visitors to view Old Faithful and the bubbling mud pots even in the dead of winter. Powerful enough to tour the western and southern corners of the park in just a few hours but quiet enough so as not to disturb the natural movements of the animals within, snow coaches are ideal for visitors who wish to see Yellowstone National Park as it was intended to be toured — one without lines and crowds and traffic jams. After all, you shouldn't have to wait in line to see nature, right? 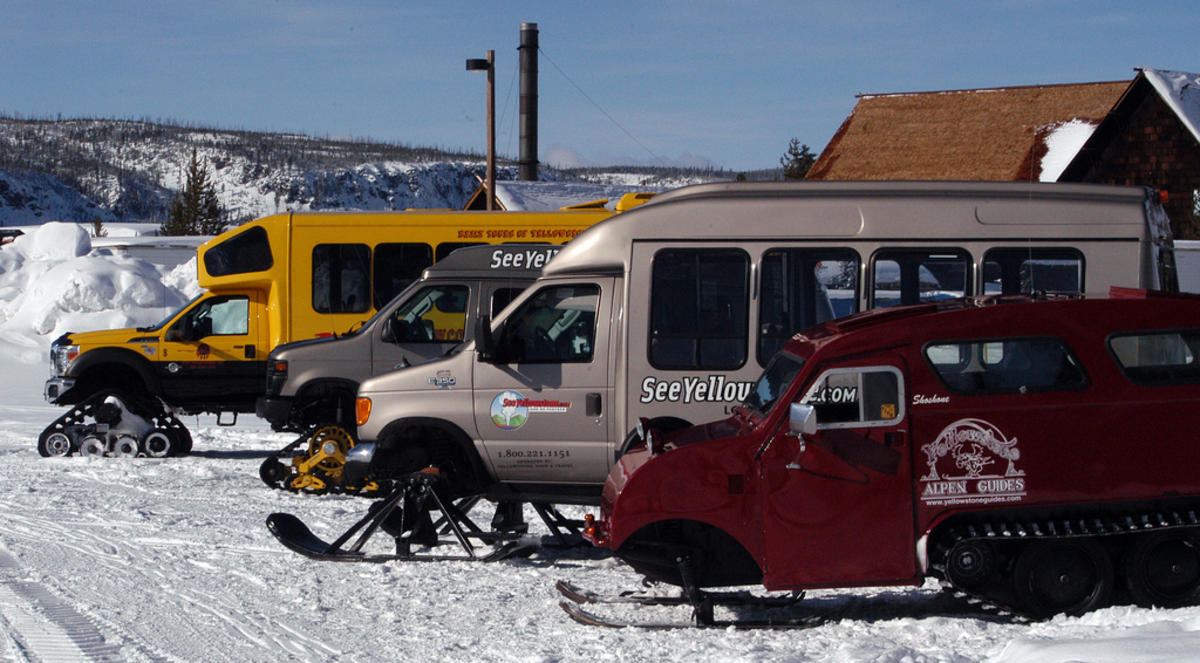 Blast from the Past

While many tour operators have transitioned to larger snow coaches with monster truck like wheels, there are still a few tour operators in the area that utilize the classic bombardier snow coach that was first introduced to Yellowstone National Park in 1955. SeeYellowstone has a fleet of about eight burgundy red snow coaches from the 1950s that operate tours daily to Old Faithful and the Grand Canyon of Yellowstone. Though the engines and other user interfaces have been updated over the years, the bombardier snow coaches — nicknamed “Bombs” by the guides — still boast the smoothest ride of all the oversnow vehicles that operate within the park. These smaller coaches hold about 10 people, including the guide, are fully heated and insulated, and provide a much more personal — and nostalgic — experience for guests visiting the national park for the first time. 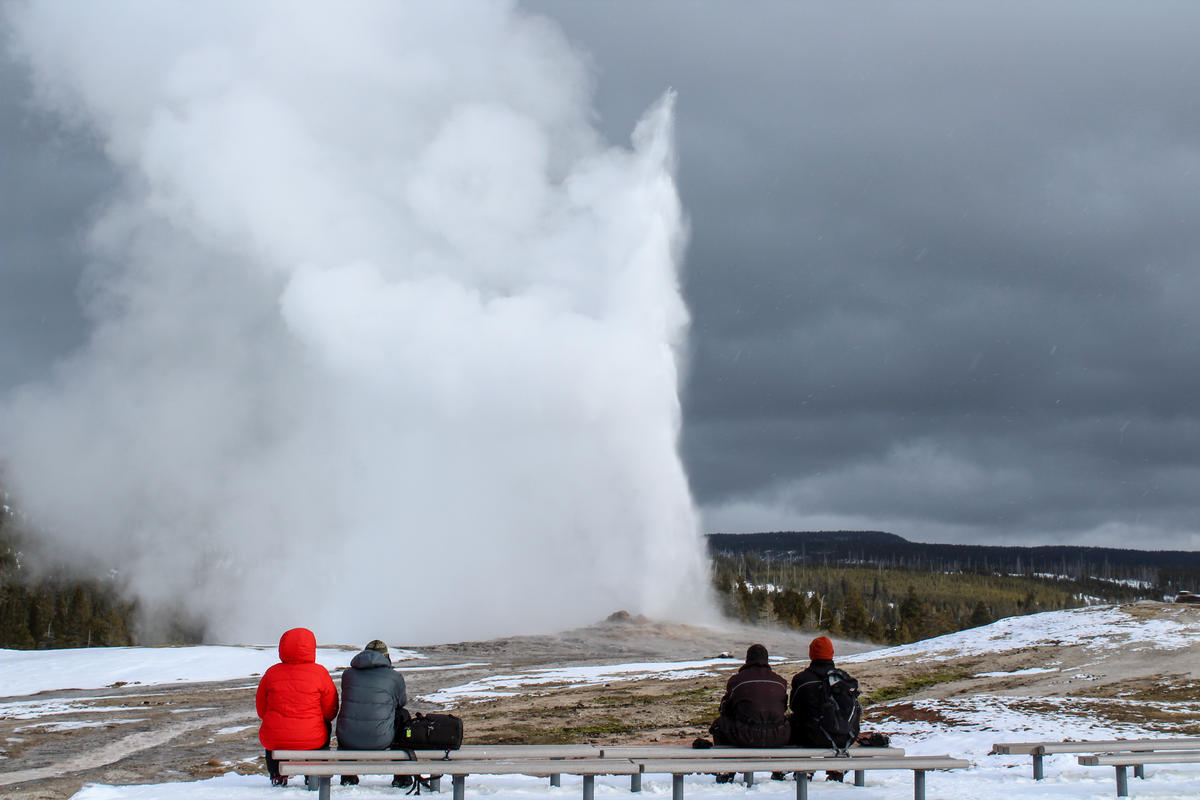 During the summer months, visitors are welcome to drive through the park on their own, stopping when they see something of interest and occasionally reading a sign near one of the geysers. A snow coach tour is a much more personal experience, largely due to how knowledgeable and friendly the guides are. Most of the snow coach guides have worked several seasons and — because they’re driving into and out of the park almost daily — know the park almost better than some of the park rangers do. They’ll point out key sights and animals — that’s part of the job — but they’ll also offer detailed information beyond that, describing animal behavior and movements, explaining how the geysers and hot springs have changed over the years, and even offering photo tips so you can save these memories long after your tour is over. 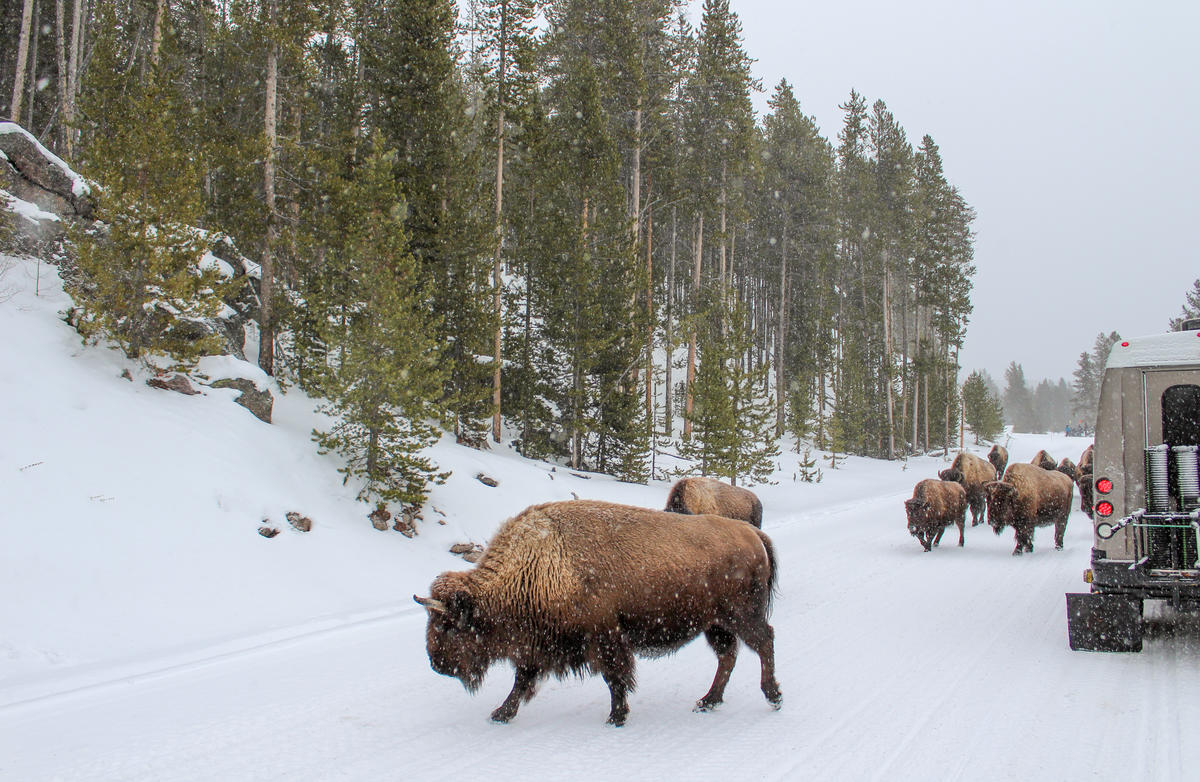 Once the snow begins to fall, Yellowstone National Park is transformed into a truly magical winter wonderland. Snow mirrors, ice fog, and ghost trees emerge throughout the park, and the colorful hot springs, geysers and mud pots look even brighter — and are easy to spot from a distance thanks to the steam rising from them. The guides will stop frequently along the tour, guiding you along the walkways around geysers and taking detours to secret waterfalls and river bends off the main roadways that few visitors get to see. And, because the tours tend to leave early in the morning and arrive back to West Yellowstone just before sundown, you’ll see plenty of animals — the white blanket of snow makes it easier to spot them in the Geyser Basin and valleys. Smaller bison herds are known to walk along the roadways causing “traffic jams,” while coyotes and foxes will be hunting in the late afternoon by the riverbeds as the rare trumpeter swan silently glides past them. 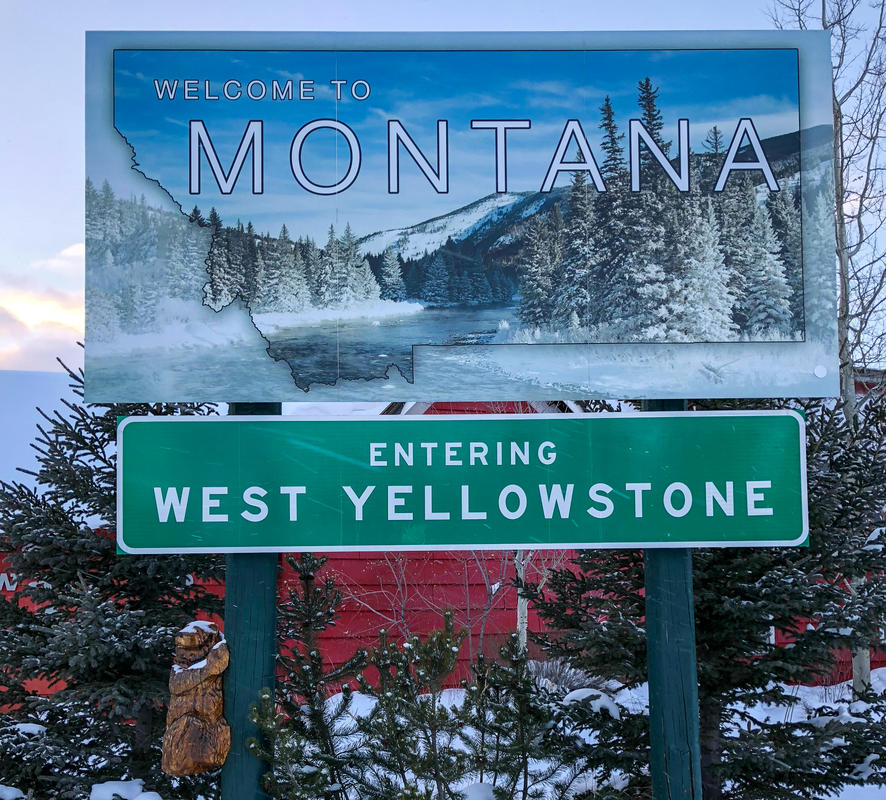 The Need to Know

The town of West Yellowstone is the gateway to the western — and busiest — entrance to America’s first national park. There are a number of snow coach tour operators in the area; however, if you want to tour the park in style, we recommend booking a seat aboard one of the bombardier snow coaches with See Yellowstone. There are two main tours into the park. The first — and most popular — winds through the Lower and Upper Geyser Basins to Old Faithful. The second leads to the Grand Canyon of Yellowstone and the spectacular Yellowstone Falls and is recommended for returning guests. Lunch and park entrance fees are not included with your reservation. Tours operate from December through March 15 with the best viewing opportunities of wildlife in late January and February.