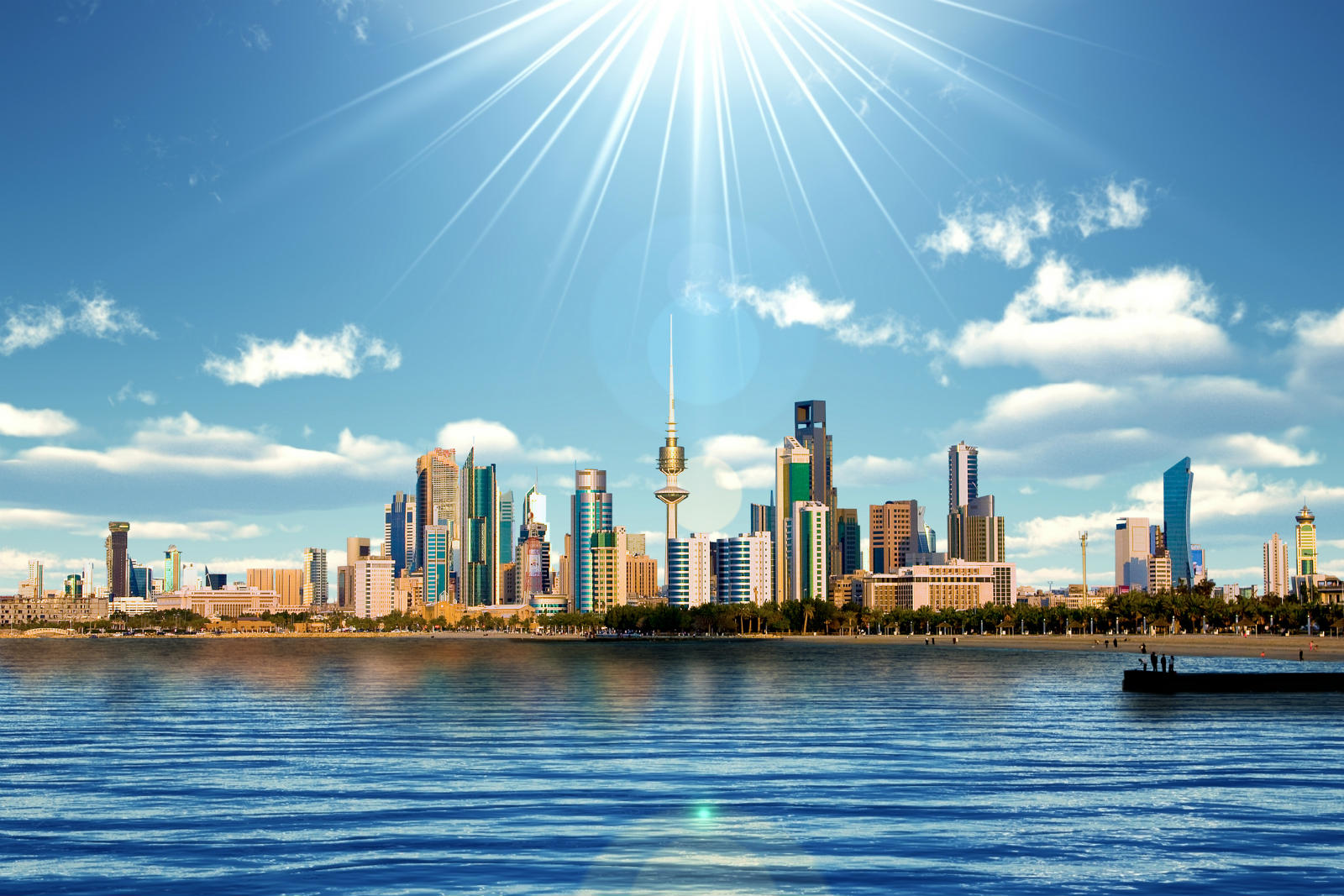 The emirate of Kuwait is the 11th richest country in the world, due to its location in the Persian Gulf atop a fifth of the earth’s oil reserves. Bordered by Iraq and Saudi Arabia, Kuwait isn’t a major visitor destination yet, but for a first glimpse into the Arab world, it’s an interesting place with a wide range of activities. Kuwait City is its capital, with the Grand Mosque a must-see landmark. The city’s vast amount of malls and markets will delight shopaholics.

Although mostly modern, Kuwait City has a number of attractions worth visiting, from the soaring Liberation and Kuwait Towers with their stunning views to the National Museum displaying ancient artifacts. Sadu House’s Bedouin arts and crafts to the Emir’s Palace and the historic Bayt al-Badr mansion which provide insight into the culture. Kuwaitis are keen on outdoor pursuits including swimming, diving, horse-riding, power boating, sailing, and golf. Several amusement parks and a zoo are popular with families.

The population centers in Kuwait are surrounded by the endless Arabian Desert, which is a fascinating opportunity to explore the centuries-old lifestyle of the Bedouin people. Day trips to Al Jahra’s ancient Red Fort, the Historical, Vintage and Classic Car Museum at Al Shuwaikh or the Al Turiki Musuem in Al Faiha make for interesting days outside the capital. Failaka Island, offshore from Kuwait City, has a four thousand-year history centered on a unique, sun-worshipping civilization.

Hospitality in the Arab world is a long-standing tradition, with Kuwait no exception to the rule. The English language is taught in schools, and most people involved in the tourism industry can communicate effectively. The majority of hotels are upscale with excellent service and equipped with Western-style amenities like spas. There’s a great choice in international and local cuisine both in the hotel restaurants and in Kuwait City, although foreign meals may be harder to come by in the rest of the emirate.

Transportation is refreshingly modern, with Kuwait boasting an extensive network of paved highways serving half a million cars and a number of taxis, buses and trucks. Although there is no rail service yet, a combination of a state-owned and a private buses link the country’s cities and small towns. Kuwait City has its own bus network which are modern, comfortable and air-conditioned.