Regularly cited as one of the best college towns in America, you don’t need a guidebook to tell you about the electric appeal of a visit to Lawrence. From the basketball to the books, hear right from the horse’s mouth (or in this case a mythical bird) why this Midwest gem has such devoted fans – the alums. 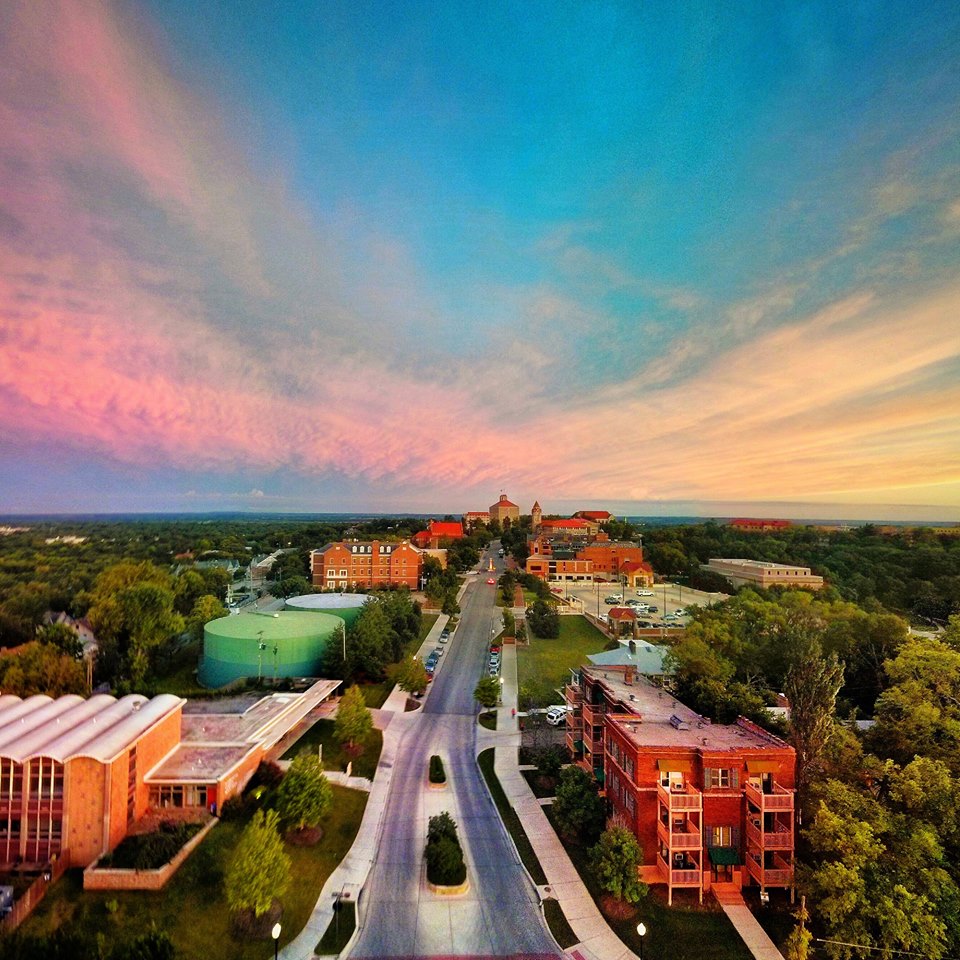 There’s something unique about Lawrence that you don’t get from most other college campus – the entire city completely revolves around the University. The locals live and breathe Jayhawk fever and offer a charming Midwest atmosphere that would make even a Missouri fan feel at home (except maybe on game day). While the city is also home to Lawrence Free State High School, Lawrence High, and Haskell University, everyone bands together to appreciate the Crimson and Blue of KU. 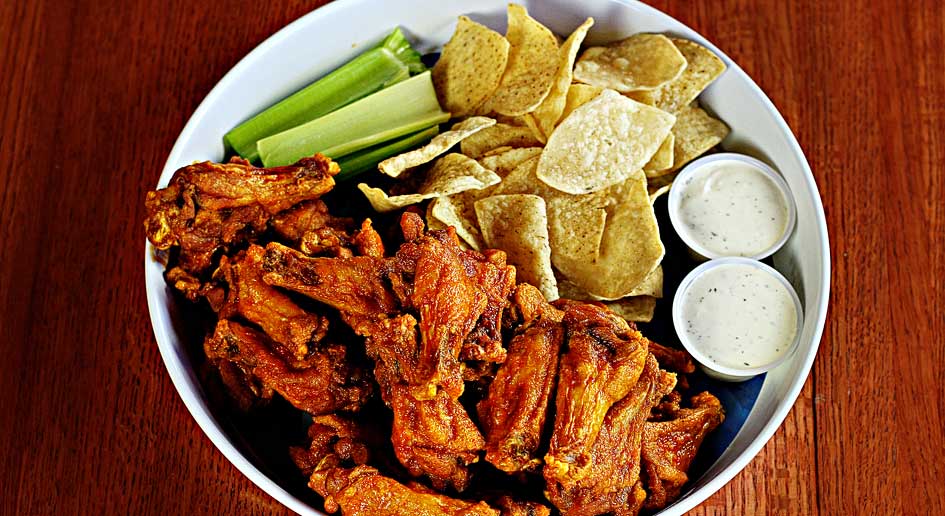 If you speak to any Kansas alum, you’re bound to get a conversation full of “YOU MUST EAT THIS” or “YOU HAVE TO GO HERE” followed by an onslaught of local restaurant recommendations. Whether you favor the Crunchy Chicken Cheddar Wraps from the Underground or a more refined meal, this isn’t your typical fast food college town. Wheatfields is one of the best bakeries in the Midwest. Dempsey’s Pub provides a burger experience like no other. Pizza Shuttle is home to a cream cheese topped pizza – yes, CREAM CHEESE. Jefferson’s is as college as it gets with wings you’ll dream about for days. But there’s nothing more classic than the Wang Burger at the Wheel, we’ll get to that later. 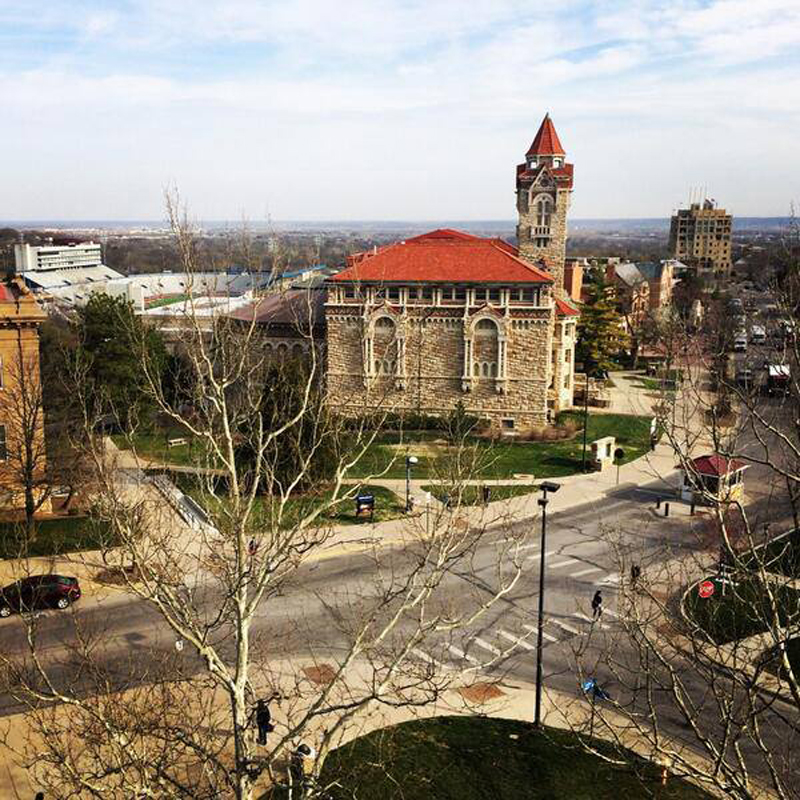 Anyone who’s ever seen a KU game wants to know what the “Rock Chalk” chant is all about. It’s actually a reference to the type of rock (limestone) that the very campus was built on, now known as Mount Oread. While most people picture Kansas as flat farmland, the University is built on “the hill,” which happens to be one of the most beautiful stretches of scenery in the state. The campus provides true seasonality from the start of classes at the end of summer to brilliant reds, oranges, and yellows of fall, before being blanketed by a wintery white, and the green of spring. Take the virtual tour from the Chi-O fountain all the way to the Oread Hotel and you’ll see exactly what I mean. 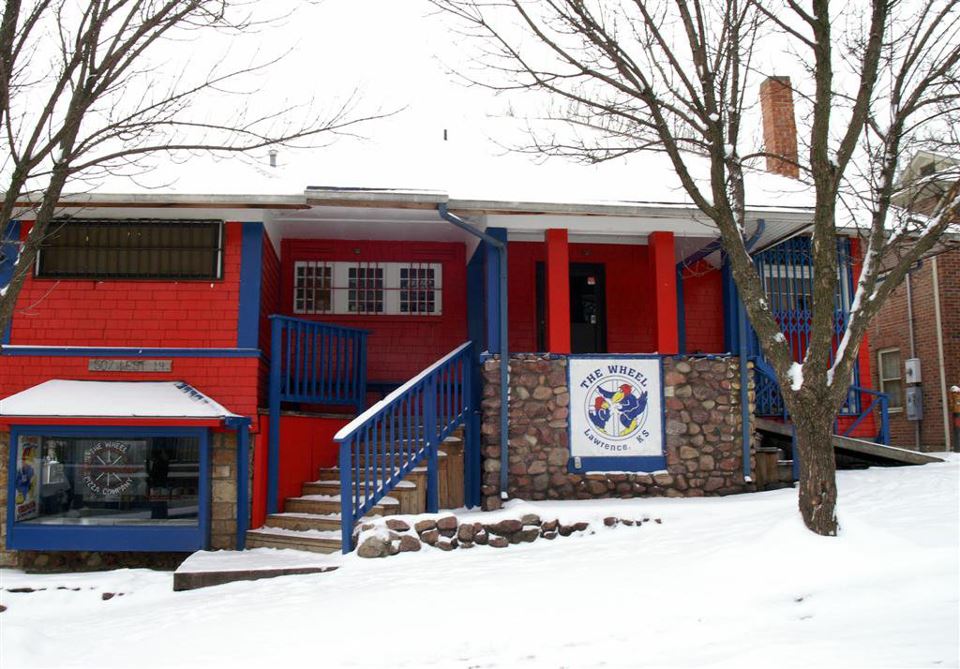 Talk to any KU grad and they will speak fondly about the two stretches of bars that consumed much of their money and pride while in school. First, the Bull-Hawk-Wheel. These three bars are not technically “on campus,” but just off of Jayhawk Blvd. While the Bull has undergone heavy facelifts over the past ten years, the Bull and the Wheel are two of the most famous (and most ESPN-referenced) bars in America. The Hawk is actually five rooms in one – the main room, the pine room, the deck, the martini room, and quintessential of any college bar – the BOOM BOOM room. Stumbling distance from the Hawk is the Wagon Wheel, an old wooden interior bar where you can find signatures from your brothers, sisters, parents, grandparents, and even yourself on a night that may be a little hazy. Whether you’re jamming out with the KU Band on game days or grubbing Wheel Piz’ with Pizza Pete, the Wheel is a guaranteed good time.

Then there’s Mass Street. Home to many things beyond just bars, it’s where you’ll find Lawrence’s concert halls – The Granada, Liberty Hall, shops – Shark’s Surf Shop, and restaurants, but it’s the bars that bring character to the area. Create your own pub-crawl hopping between Louise’s (scooners for days), Quinton’s (the ice bar), Jazzhaus ($1 Tuesday’s on almost anything), The Sandbar (indoor hurricanes), Tonic (for the millennials), and Free State Brewing Company (try the Copperhead Pale Ale). 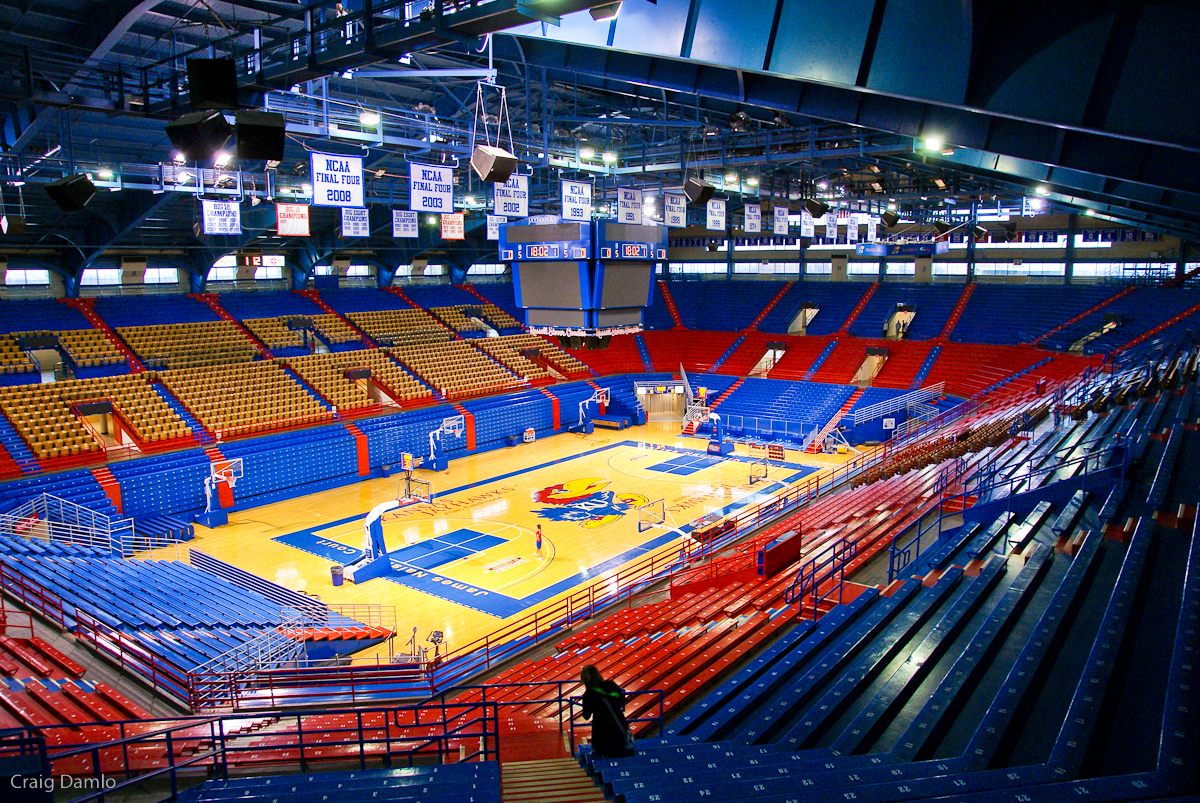 There’s nothing quite like spending an afternoon or evening in Allen Fieldhouse, home to a 5-time National Championship team. For those that don’t know, Kansas’ founding Father, James Naismith brought the game of basketball to KU. The tradition continued with some of the best coaches in the league including Phog Allen, Adolph Rupp, Dean Smith, Larry Brown, Roy Williams, and the current king – Bill Self. The program has also produced a bevy of NBA players from Clyde Lovellette, to Wilt Chamberlain, Danny Manning, Kirk Hinrich, Mario Chalmers, and most recently, Andrew Wiggins. Kansas currently has the longest streak of consecutive NCAA tournament appearances (25) and one the most remarkable Conference Championship streaks (11), second to only John Wooden’s UCLA dynasty.

The Fieldhouse opened in 1955 and is home to 16,300 of the rowdiest fans in all of college sports. ESPN named Allen Fieldhouse the loudest arena in the country and it was chosen by prominent sportswriter, Mark Whicker, as “the best place in America to watch college basketball.” But you don’t need me or any other sportswriter to tell you how magical this place is. Get your hands on some tickets, and it’ll take you less than 5 minutes of the pregame video to understand the true meaning of “Pay Heed, All Who Enter: Beware of the Phog.”